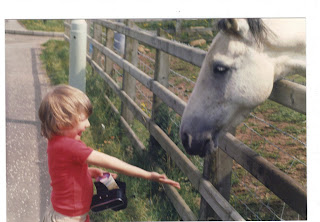 What’s in a name? Jonny Blair feeding a horse

It’s that usual old thing that we never think about – we all just assume our identities and who we are. Life is really too much of a surreal event to question it. We all have names! Some of us have nicknames, given by mates, family or while at school. Its funny how those all stick with us for the rest of our lives. Some of us use aliases, most recently on websites and forums, to ease into anonymity. Even if we wanted to change our name or identity, it would be hard, given that many people have already met and associated with us in our lives. Four years ago I slept with this lady I knew as “Suzie”, then last year I met her in a nightclub in Dartford, but she claimed she didn’t know me and that her name wasn’t “Suzie” but “Jane”. It was a surreal moment…perhaps she needed a new identity. 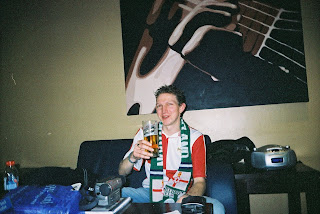 Your name is officially that what reads on your birth certificate, so that makes Pele not Pele then? He would be Edson Arantes Do Nascimento! George Best will always be George Best though. My name since birth has been Jonny Scott Blair. Its on my birth certificate and I was christened as that, so its never going to be anything else. If I get married, I won’t change my name, I’m not a feminist. My name has caused me some problems and even arguments over the years! Not just the odd joker who says “Are you related to Tony Blair?”. Ha ha boom boom. But it’s those people who call you names you don’t want or indeed have no association to. I don’t tend to have much time for those people. Often when filling in forms, companies etc. will ask me if my real name is John or Johnathon. Now how ridiculous! My name is Jonny. It is not Johnathan, or John or any variants on those. How hard is that to understand. J. O. N. N. Y. It may not be a very common name, in fact I have never met anyone else in my life called Jonny (honestly). Which makes me quite unique in my own way, which I like. I just wish people in offices would stop questioning my name, do I actually exist? I once worked in the Halifax and took a call from Alan Shearer. I just assumed that was his name, I didn’t ask him, apart from the security questions. I spoke to Alan Shearer. 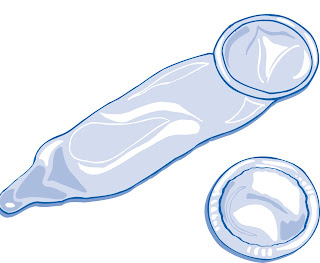 I got Jonny tattooed onto my right forearm just to prove that its me. Almost in a Richey James Edwards 4Real sort of way *This former Manic Street Preachers legend carved 4real into his forearm with a razor blade to prove he exists). I’m Jonny. Like me for it, or I might ignore you. I rather like the association with the condom as well. Rubber Jonny was a nickname at school, that’s no problem, I quite enjoyed it. I also have a mate called John Johnson, who is nuts. Thats his real name John Johnson. Live with it people. See people for who and what they are, and if they warm to a nickname, all and good. If they don’t, don’t call them it. I take offence at very few things in life because that’s the way I am, but just call me by my name. I’m Jonny. I can be Scott. I can even accept Blair. And if I like a nickname you come up with then that’s fine as well. It’s a pleasure to meet you. I’m Northern Irish Jonny.

What that means – Wear a condom in the Scottish battlefield

Nicknames and aliases I’ve had – Bonn (presumably cos I’ve been to Germany, at primary school), Rubber Jonny (at school, “can I borrow your rubber Jonny?”. “Oh shit. What’s that? A condom?”), JonnyB, JB, Ronny Rare (when writing for a NI football fanzine), Norman Ireland (pseudonym), Ulster Cherry (on a AFC Bournemouth website), Paddy (someone thought I was irish), Freaky Irish Guy (you wish).

What I’d change my name to – Norman Ireland

Nicknames of mates of mine, which you never question – Richboy, Magoo, Tompo, Squid, Magic.

The best names and aliases from school in Bangor, Northern Ireland- Zoe Salmon, Berkeley Bellinger, Magoo (Peter McIvor), Baboon, Tiny, Alien, Feb, Bummer, Pogo, Flick, Mod, Mel. I think everyone at school had some kind of nickname. Them were the days…