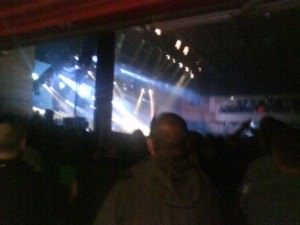 Working Wednesdays – Barman at an Oasis Concert in the BIC, England.

What a dream Working Wednesdays when you find out you’re working at a rock gig of one of your favourite bands! It was 2008 when I finally got free entry to an Oasis gig as I was working on the bar there! Between 1996 and 2008 I had been to 13 Oasis gigs as a paying customer. Then in October 2008 while working completely casually as a bar man in the Bournemouth Pavilion Theatre and the Bournemouth International Centre, I found myself manning the bar pre concert! 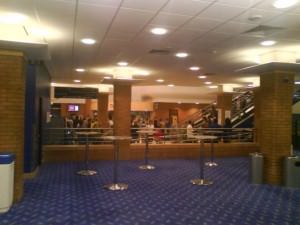 My view from the BIC bar the night I got paid to watch Oasis live!

The best thing about working at a concert is that you are automatically inside the venue so free entry is an included work freebie! Now when I started my shift at the Oasis gig in 2008, I was helping set up the bar so I started at 6pm. The gig was due to start at 8pm.
The first two hours of the shift were manic and as you can imagine busy. If you grew up as a teenager in the UK in the 1990s you’ll know and understand the impact that Oasis had on that generation. It was all about going down the pub with your mates, drinking a bit too much and having a good old laugh! 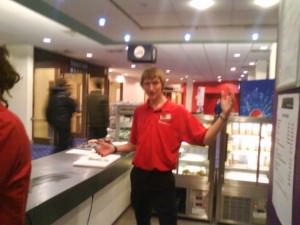 Getting paid to work in the BIC bar in Bournemouth, England.

So the bar was rammed full until the sounds of Hello came on and Oasis hit the stage! Suddenly we had no more customers on the bar as everyone was inside watching the gig. It was now “toilet time” for me – which meant going inside and watching them. With my fellow staff on the bar we rotated so each of us could go in and catch a glimpse of the band. Alcohol was offically banned inside the actual hall and our bar was outside. But that didn’t stop customers sneaking drink in. 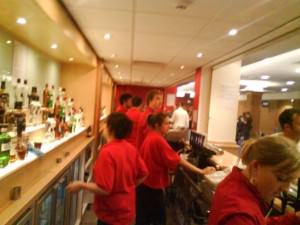 The busy Foyer Bar (took this at a quiet moment of course) at the BIC for Oasis in 2008.

I knew the door staff well and got inside and jumped and sang away to the Oasis tunes, totally loving it! I managed to even take one video of the band that night (as well of a few clips of working there), which are below, before I was back on the bar serving again when the band finished their set. As the song Champagne Supernova played and I served up the beers, I didn’t quite realise it then, but this would be the last ever Oasis concert I would see. Within a year the band were finished. 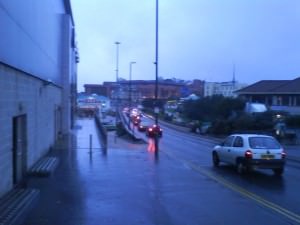 Despite working a few more shifts in the Bournemouth International Centre, this also ended up being the last big rock concert I was a barman at! Fitting that. Oasis split up a year later and released a Best Of called Time Flies in 2010. Life would never be the same again. In the intervening years I’ve managed to watch Noel Gallagher live in Hong Kong, as recently as last September. A gig which I have yet to write about. 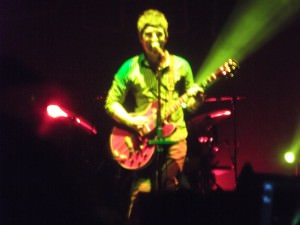 So one thing to note – if you get a chance to work at a gig – do it! Free entry, you’ll have a great time, listen to some music, get paid and the lucky ones might even meet the band.

Videos from Working on the BIC Bar the night of the Oasis gig:

3 thoughts on “Working Wednesdays: Barman at an Oasis Concert at the BIC, England! D’You Know What I Mean?”