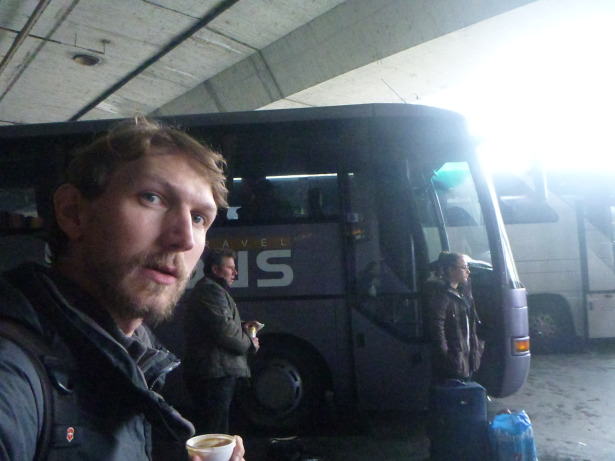 When you hear about places like Northern Macedonia and Kosovo you might think that obscurity is the name of the game and that backpacking through this region is a test for your stamina. However, this particular border crossing is a fast and easy one and something I’d definitely recommend now having been in the former Yugoslavia the last couple of weeks. 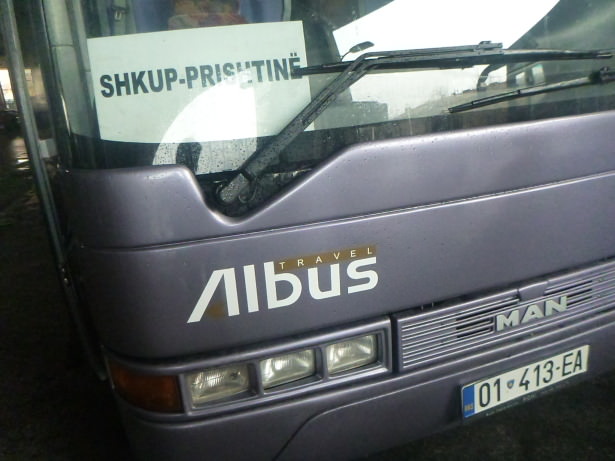 You have two main options public transport wise for getting from Northern Macedonia to Kosovo:
1. Train
2. Bus 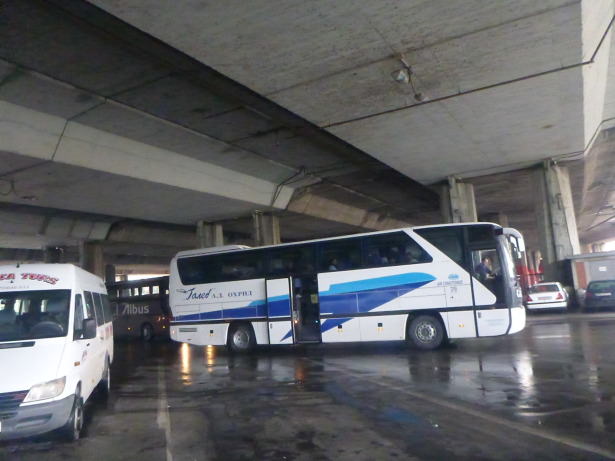 The train is less frequent and slower so I opted for the bus option. Here’s how to get from Macedonia to Kosovo by bus, from Skopje to Pristina.

Buying Your Ticket in Skopje

Ex-Yugoslav countries are smarter than the rest. Here’s why – the main cities all only have one bus station each, so no confusion about which bus station to go to. Head to the bus station in Skopje (which is also intelligently by the train station also). Go to ticket counter 6 for the bus to Pristina. 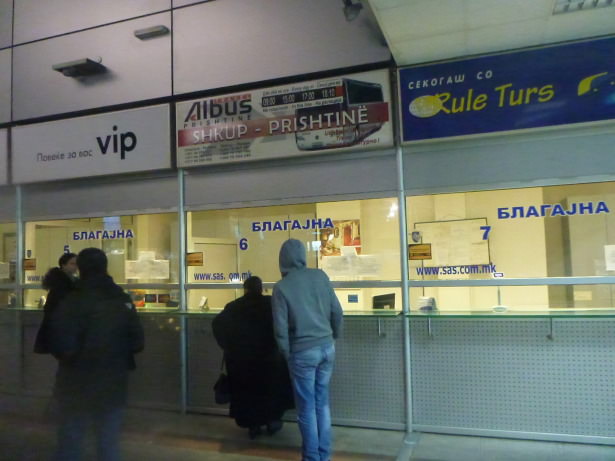 Everything might be written in Northern Macedonian for the most part, but you’ll see some English. All you need to do is tell them you want the next bus to Pristina (pronounced Prish Teena). Above Counter 6 it says Shkup to Prishtine so you know the route is correct. Buses are regular from about 8am until 6pm. I got the 3pm bus. The ticket costs 320 Northern Macedonian Denars and you are issued with a ticket and a receipt. 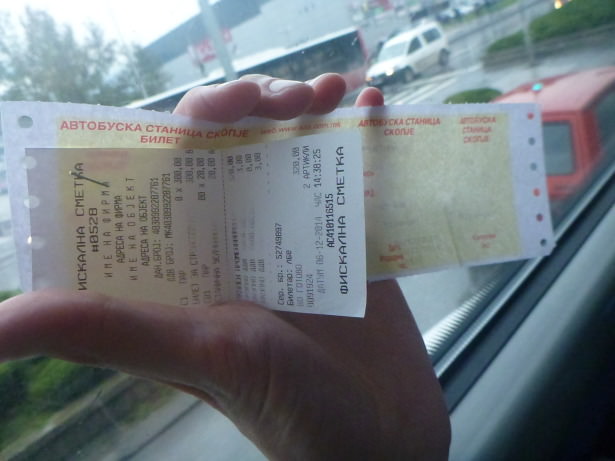 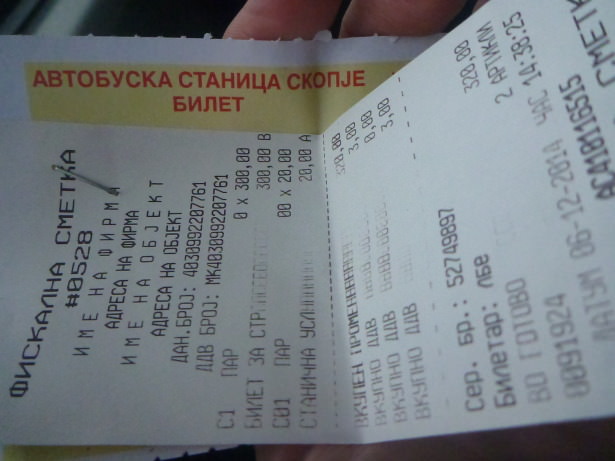 There is currently no other way to book the bus other than going to the station. Most backpackers just buy the ticket a few minutes before the bus leaves which is what I did in Bulgaria, Northern Macedonia, Kosovo and Montenegro. The company is called Albus. 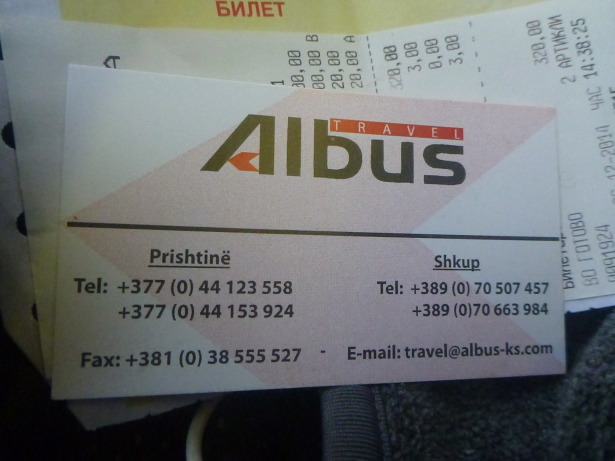 The company is called Albus. 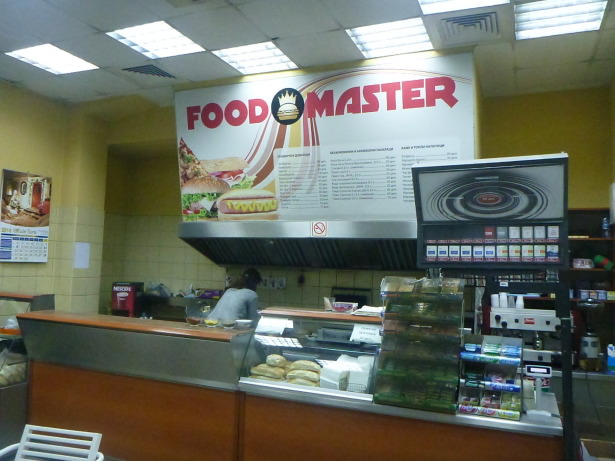 You get your ticket checked between the terminal and the bus platforms. The Pristina bus was platform 3 for me and we just waited by the bus stop until the bus arrived. The bus will say Pristina on it, as will the sign above platform 3 in my case. 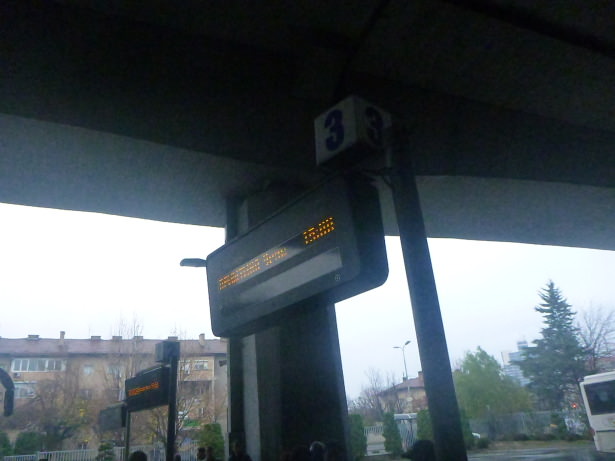 World Borders: The Bus From Shkup (Skopje) to Prishtine (Pristina)

Also – try your best to change your Northern Macedonian Denars before you leave. The staff lied to me at the station saying that I could change it into Euros in Kosovo – it’s VERY hard to find any change bureau or bank in Kosovo to swap the MDs over. 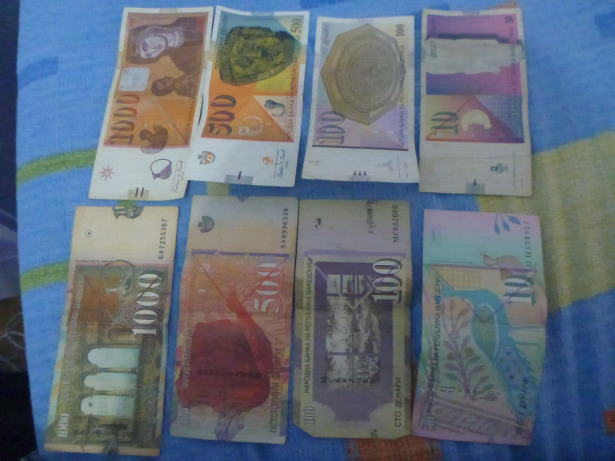 Swap your Northern Macedonian Denars before you leave.

The border isn’t far north of Skopje – you’ll be out of the city in no time and driving through countryside wilderness. 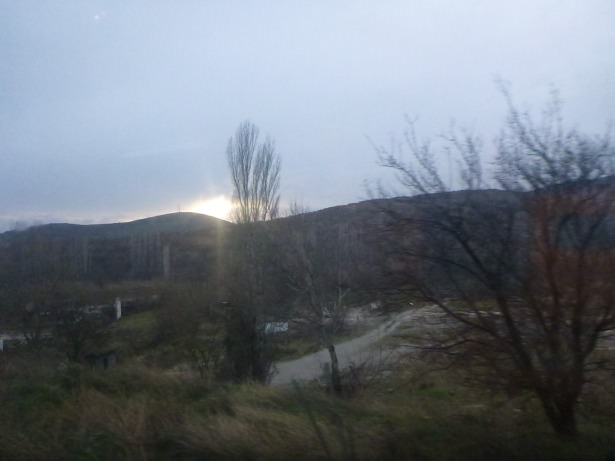 There is a Northern Macedonian exit point but there is no need to get off the bus unless you request it. The name of the place you leave Northern Macedonia in this case is called Blace ( I assume this is pronounced Blatt Zhe). 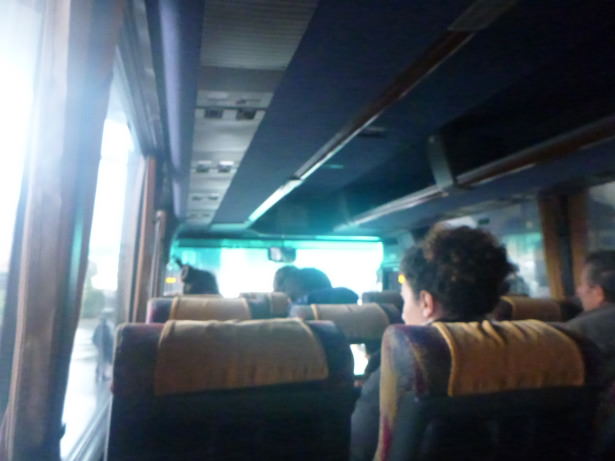 The bus to Blace, N. Macedonia to Kosovo border. 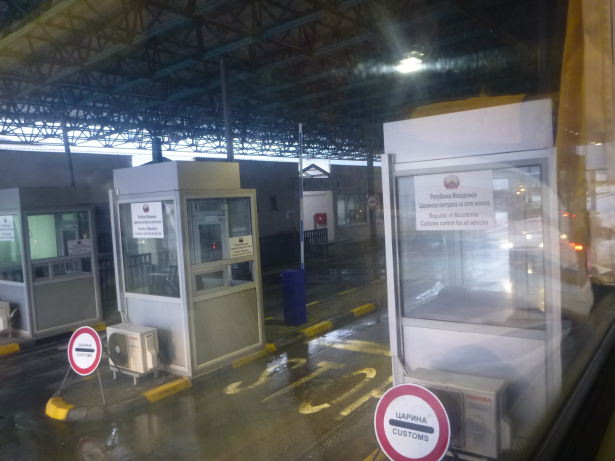 The Northern Macedonian official will get on the bus and take your passports. He will take them away to check and register your departure, then return and hand them back to you while you are on the bus. Smokers might want to get off for a quick smoke. No physical passport stamps are issued for those on an EU passport here at Blace. 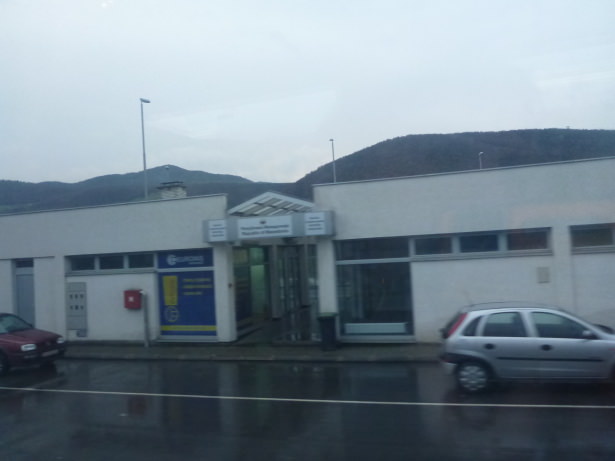 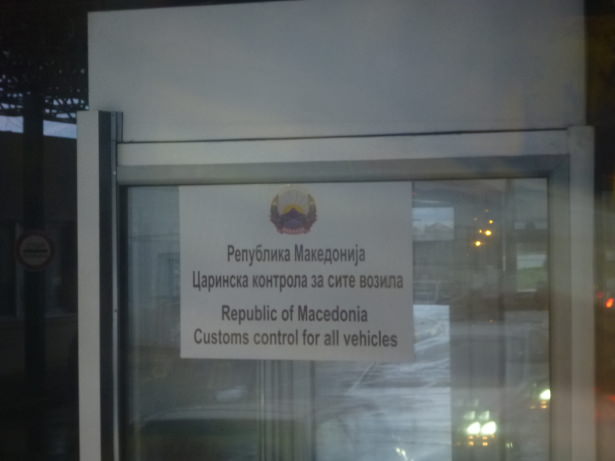 This entire process took around 15-20 minutes and then you drive across the small part of road into the Kosovo arrival immigration point. 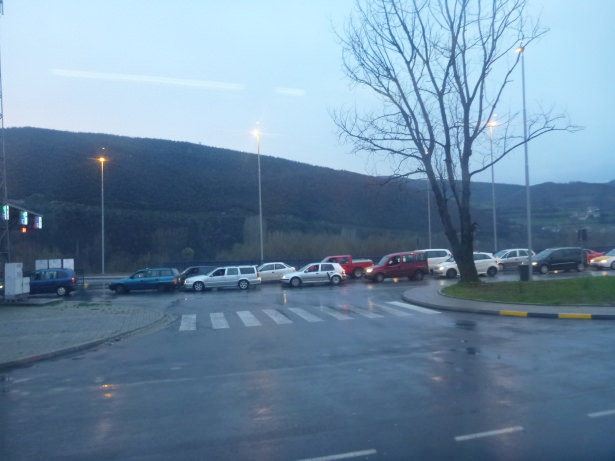 The road between the Northern Macedonian and Kosovan immigration points.

Arriving in Kosovo at Han i Elezit

Once you leave Blace, you arrive in Kosovo at a check point near a settlement known as Han i Elezit. Again you stay on the bus. A Kosovan immigration officer will get on the bus and take your passport away. 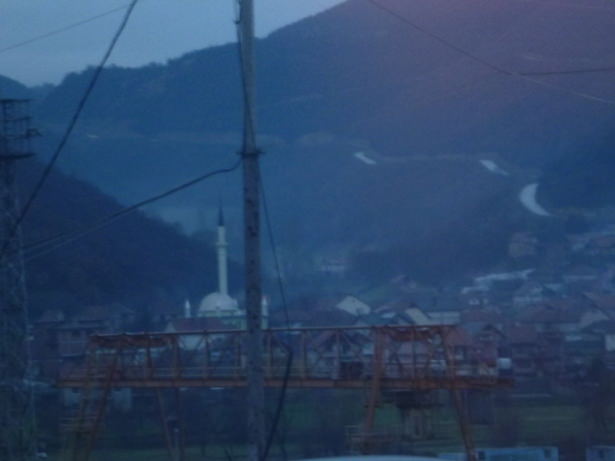 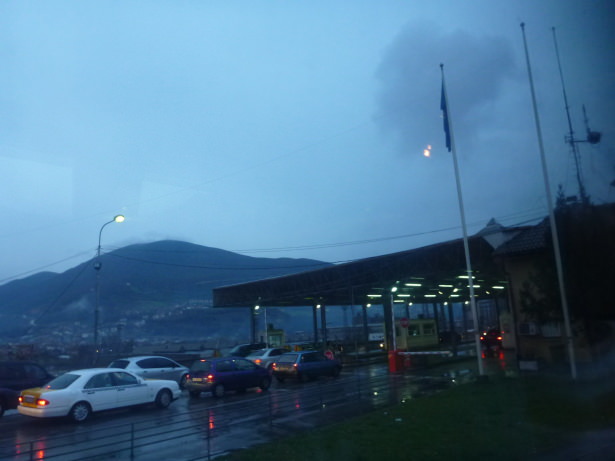 The border entry point at Han i Elezit, Kosovo.

Once they have checked and stamped your passport, they get back on the bus and give it back to you. You will get an entry stamp into Kosovo and can stay for 90 days if you like. 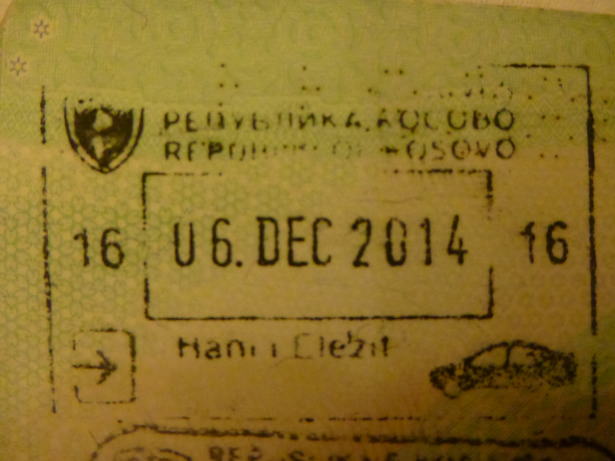 After that it’s just over an hour or so of a drive to Pristina the capital city of Kosovo. As far as I remember there are no other stops on the way for passengers to get on and off though we did seem to pass through a few settlements. It got dark during this part of the journey. 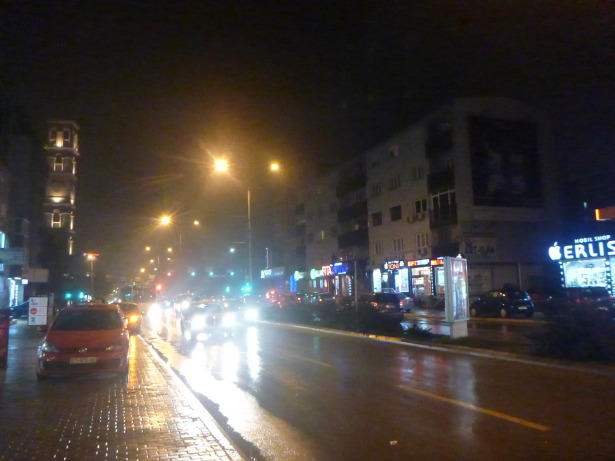 One thing I did notice was a load of covered casinos and gaming rooms outside the window of the bus, all lit up. The approach to Pristina was all smooth roads and I got off the bus by the Hotel Victory as it’s a closer walk from there to my hostel (Buffalo Backpackers) than if I stayed on until the last stop – the main bus station in Pristina, Kosovo. Overall a fairly easy border crossing to do!

Here are my videos of the bus from Northern Macedonia to Kosovo:

32 thoughts on “World Borders: How to Get From Northern Macedonia to Kosovo (Skopje to Pristina by bus)”