Next in my ongoing series of World Travellers is Brian Asher from the World Hiker. Let’s delve into his crazy world! 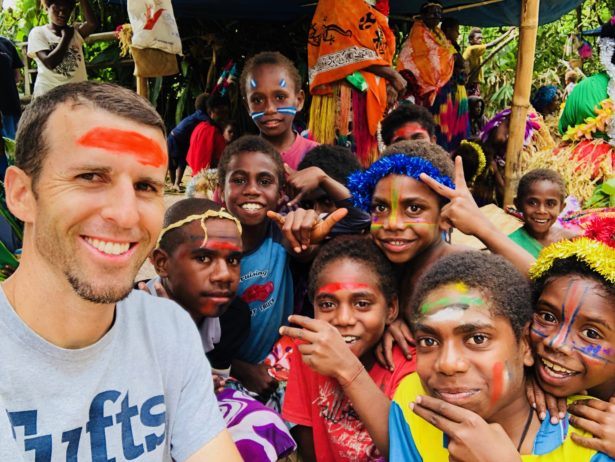 I’m a Spanish and English teacher who loves to travel, have adventures, and inspire others.

Northern Pakistan, Patagonia in Chile and Argentina, and the South Island of New Zealand. 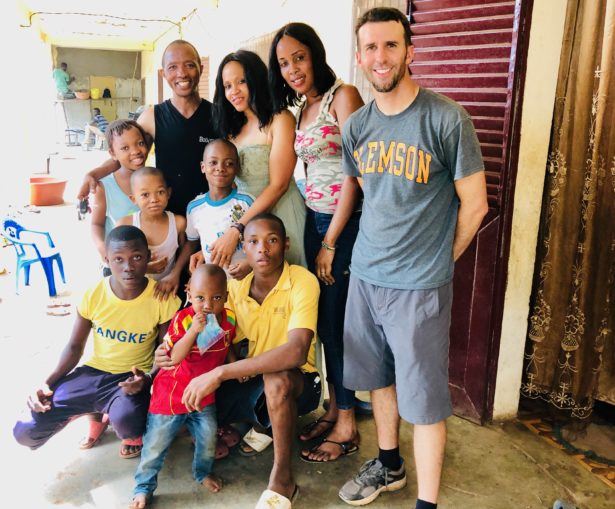 Tough question.  Visiting 39 African countries in a row without leaving the continent was unreal.  Getting to see how diverse every African nation is and visiting some of the least-visited countries in the world was amazing.  I got to volunteer at an elementary school in Kenya where the students made me feel like family.  In Somaliland I was on the only national English T.V. program. In Libya I heard explosions going off right outside of Tripoli.  In Benin and Togo I was taken in by local families and saw the inside of their daily life.  I took public buses through Burkina Faso and Mali in 125 degree heat sandwiched in with the locals and was the only foreigner at the Great Mosque of Djenne in central Mali.  Visiting 39 countries in Africa in a row was most certainly memorable.

I was excited for a two week journey down the Amazon River from the border of Brazil, Colombia, and Peru all the way to the mouth of the Amazon.  Upon boarding the cargo boat with all the local people, I was stopped by the local police.  I was told that my documents which showed my long-term work visa was in process allowing me to stay in Brazil were not legitimate.  This was exactly the opposite of what the counsellor of foreign visas had promised me when he gave me authorised papers saying I could in fact continue living in Brazil.  I was hauled off with several drug smugglers who were also boarding my boat to the federal police office.  I waited and sweated in the heat for eight hours to have my case heard.  The federal police agent was not in a good mood by the time he got to my turn at the end of the day.  He gave me 10 days to leave the country or else I would be imprisoned in Brazil. I had to leave my teaching job, apartment, and friends behind and head back to the United States and start life over again. 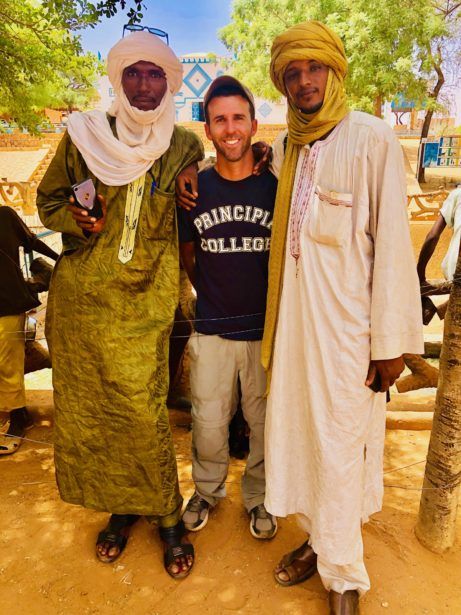 I decided to run three marathons in three weeks in Europe to honor my brother who had recently passed on, and who had introduced me to travel and running.  After running a marathon in the Czech Republic and one in Switzerland, it was time for my final 26.2 mile marathon in Portugal.  My legs were feeling like bricks and I didn’t even feel like running, but I didn’t want to give up on the challenge.  I went out for this night marathon with my headlamp.  At the start with several hundred runners I knew many runners went out much faster than me.  However through the race I started passing one runner after another after another.
In the last mile I saw a man running ahead of me with a police escort…I knew he had to be the leader of the entire marathon!  I passed him in the last half a mile and won the Lisbon EcoMarathon.  I was absolutely exhausted as I crossed the finish line and the reporters put a microphone in my face and started asking me questions in Portuguese.  Given that I had lived in Brazil for 2 years I had no problem answering the questions.  When the race director passed me the video several days later and I was introduced as, “Brazilian Brian Asher” on national T.V. in Portugal I couldn’t stop smiling, as being called a Brazilian made me just as happy as beating a former Portuguese national champion to win the marathon! 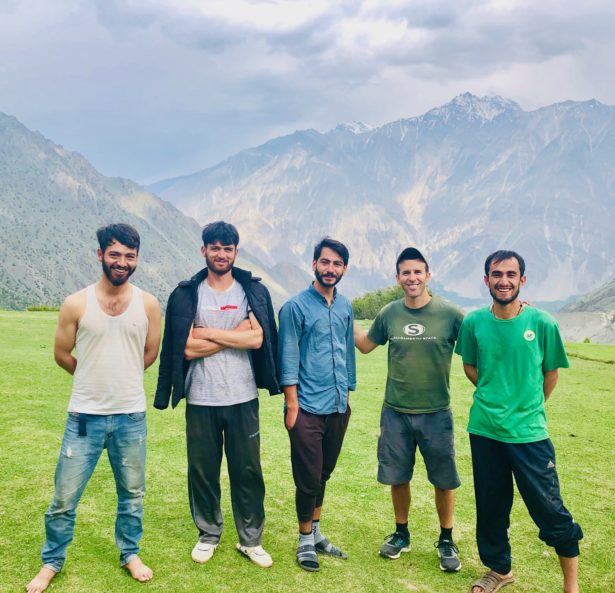 In Colombia I went running while I was staying in Bogota.  I ran a couple miles out into a hilly section of the city when a soldier wearing camo gear came sprinting down the hill with his machine gun faced at me.  I thought it was the FARC, or rebel forces, who are famous for kidnapping people and taking them into the jungles of Colombia.  The soldier told me to get on the ground and held me at gunpoint for 20 minutes in the mud until his superior came up the hill in a jeep.  When his superior arrived, they told me to stand up and proceeded to lecture me on how they patrol the hills in Bogota to make sure that the FARC aren’t kidnapping people or smuggling drugs.  With a strict warning to only run in the major city parks, I was let go and sprinted back to my apartment at a blistering pace, thankful to be alive.

Translating for Habitat for Humanity, Colombia to help displaced refugees find homes in Bogota who had been forced off their land by the FARC rebels.  This was at the same time I had my experience being held at gunpoint by Colombian military members searching for rebel members who were displacing the same people I was working to help every day. 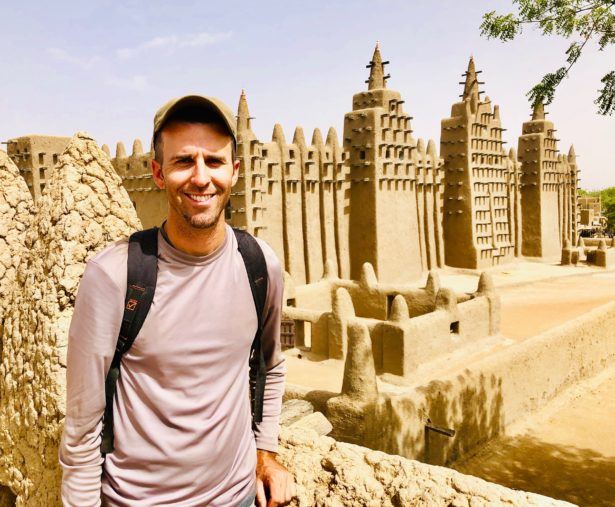 I have worked many jobs from the age of 12 to be able to start saving for the future. I worked with tree removal, lawn mowing, cleaning gutters, tutoring, bagging groceries, and hosting at restaurants. I have worked as a teacher abroad and in the U.S. since I was 22.

1. People around the world are so much nicer than the news would make you believe
2. Don’t pack too much! You can buy something if you need it along the way
3. Staying with locals is awesome! Try to find a local on AirBnB, Booking.com, Couchsurfing, a friend of a friend, etc who you can stay with 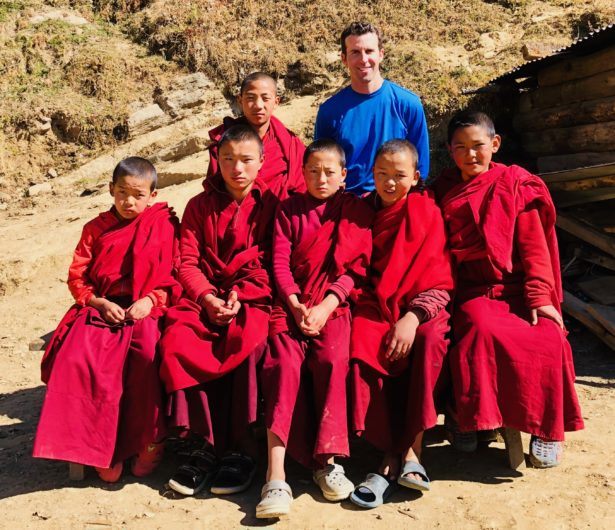 Visiting North Korea and Taiwan..the last 2 countries in the world.  Then returning to nations like India, Australia, China, Russia, and Brazil which are countries with so many regions to explore.
Instagram: the.world.hiker
Facebook: The World Hiker
YouTube: The World Hiker
Website: www.theworldhiker.com

Thanks to Brian for being the latest in my series of World Travellers! If you travel the world and run a travel blog or are a travel writer, please get in touch, you can be featured, either e-mail jonny (at) dontstopliving (dot) net or head to my contacts page and get connected! You can also subscribe to Don’t Stop Living by filling in the form below! Safe travels!