Time to mix things up on World Travellers this week with the duo of Chris and Heather. One Brit and one Southerner who are currently based in the USA and planning their next exciting travel adventures. 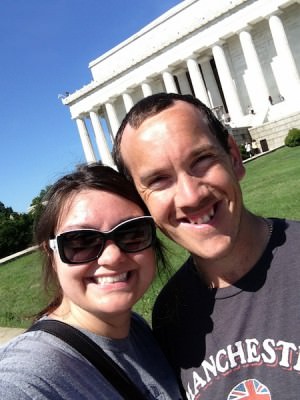 Chris is originally from Ramsbottom, England (about 15 miles north of Manchester) whilst Heather is from Jonesboro, Arkansas USA. We both reside in Jonesboro now and have done so for the last 4 years.

Much of our travel is focused around UK and USA though we have also been to Australia, France, Spain and Mexico. 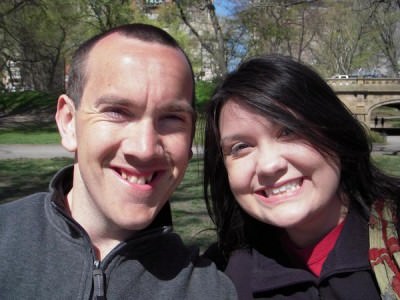 World Travellers – A Brit and a Southerner in Central Park – NYC

Currently we are at home in Arkansas. We are part-time travelers with full-time jobs so travel as much as possible. 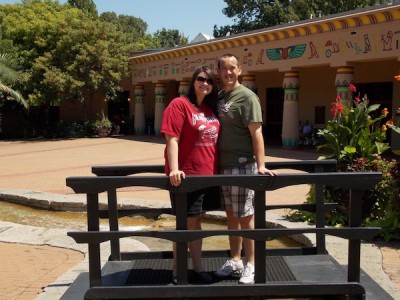 During Heather’s first trip to England in 2010, we traveled around the country with a tent and camped for 3 weeks. It was an amazing experience and the weather was awesome which is crazy for England!

I think we have been fairly fortunate so far with the majority of our travels but one of the worst experiences has been at the Novotel Brisbane Airport hotel, which was truly awful! Uncomfortable beds, terrible shuttle service that made us wait at the terminal for well over 1 ½ hours and poor customer service.

Well according to Heather it was in Las Vegas earlier this year. We had an early morning flight around 6:30AM and had to get gas in the rental car before heading to the airport, so it was a pretty early morning start. Pulling into the gas station we had no clue which side the gas cap was on. Chris pulled up to the driver’s side and to no avail the cap was on the other side. Rather than just turning around, he proceeded to go around the gas station three times, each time getting out trying to figure out if he was on the right side. Hilarious for Heather and any onlookers, but rather embarrassing for Chris! 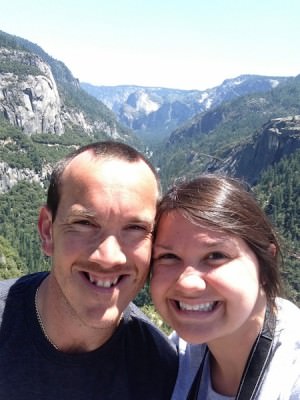 Heather and Chris at Yosemite.

Again, I would say that so far (fingers crossed) we have yet to encounter anything that has really scared us. Hopefully we will keep it that way also!

As I mentioned, we are part time travelers and both have full-time jobs. We have recently decided to rebrand A Brit and A Southerner to focus on our niche – Weekend Getaways. Much of our travel is done during over weekend or long weekend breaks, though of course we love it when we can go for longer.

We generally use credit cards to pay for travel in advance. We like to take advantage of travel credit cards that have great perks such as bonus miles for sign up etc. 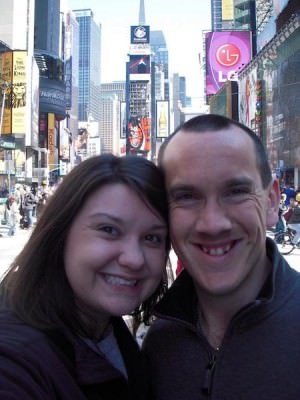 1. Ensure that you are well equipped and knowledgeable about the area you are going to.

2. Ensure that you let folks back home know your itinerary.

3. Take sufficient local currency with you to get by for a few days, not everywhere takes plastic!

Our next main trip will be in late May when we head to Boston and North East USA for a road trip around 6 states and across the Canadian border to Quebec City and Montreal. After that we are going to Miami to watch England vs Honduras prior to the World Cup kicking off (wish I was heading to Brazil!).

We are going to Scotland in September for the Ryder Cup (Chris is a huge golf fan and loves to travel the world following this sport!) and at the end of the year we are planning on going to Singapore, Australia and New Zealand over a 3 week period (still in planning phase though!).

Biography (one paragraph about you)

We are a like-minded couple in that we both love travel and exploring the world. We met in 2008 before Chris moved to Arkansas in 2010. We married in 2011 and over the last few years our travels have rapidly increased. We developed A Brit and A Southerner in April 2013 with our focus being pretty generic and wanting to use this site as a way to document our travels. However, we have recently decided to re-brand and focus on amore specific niche! Weekend Getaways: Exploring the World One Weekend At a Time!

Thanks to Chris and Heather for being the latest in my series of World Travellers! If you travel the world and run a travel blog or are a travel writer, please get in touch, you can be featured (there’s a HUGE waiting list at present), either e-mail jonny (at) dontstopliving (dot) net or head to my contacts page and get connected! You can also subscribe to Don’t Stop Living by filling in the form below! Safe travels!

4 thoughts on “World Travellers: Chris and Heather AKA A Brit and A Southerner”