Don’t paint yourself a picture of travelling as beaches, hot sun and cocktails please. That’s not backpacking, and in all honesty it’s not reflective of travel as a whole and it’s certainly biased. You’re only seeing the good things. Yes we love the good moments, but on my travels I feel the need to explore the good, the bad and the downright horrific places on this planet. It’s not all good. Nor do we want it to be. Travel should be as reflective as life as a whole. Not everything is good. Pay homage on your journeys. These places scared the living daylights out of me. 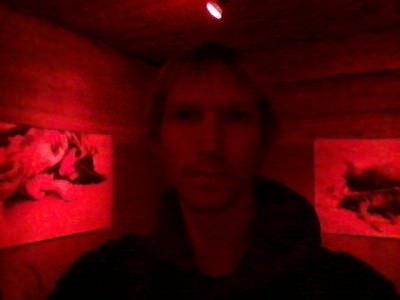 A red scary moment in Amna Suraka in Iraq.

If we want to explore the planet, we should embrace the horrors and mistakes from days gone by. Backpacking can be scary. I bring you my 5 scariest places from my journeys. These are horrific places to visit. People died. I did my own thing and headed to these places anyway. I wasn’t always alone on these journeys, but my girlfriend doesn’t like the gory stuff and tends to let me go in alone. I said some prayers along the way and I cherish our life on this planet even more so having seen these places. 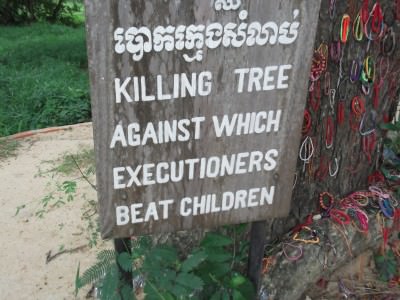 Chilling places from my journeys. The Killing tree in Cambodia.

1. Amna Suraka/Saddam Hussein’s House of Horrors, Sulamaniyeh, IRAQ
Currently this place has to rank as the most horrific place I have ever been as the war rages on in Iraq even today. Sure Saddam Hussein may have been caught, imprisoned and kicked the bucket long ago but his ruthless legacy can never be forgotten. Nor should it be. It really happened. Saddam Hussein waged war on his own people. He waged war on foreign lands too, Kuwait and Iran. He was an evil tyrant and everybody knows it. To see the impact of his terror at Amna Suraka was a journey I wanted to make. 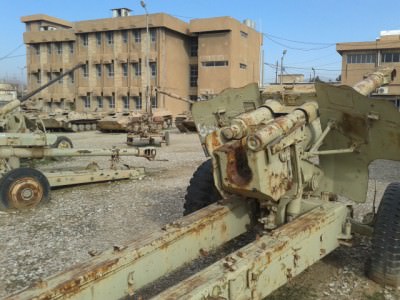 On my visit to Iraq, I had to visit the first ever museum in the country. That museum is Amna Suraka, otherwise known as Red Security. This building and complex was once manned by Saddam Hussein’s Ba’ath party and Kurds and Iraqis were detained, tortured and killed in it. 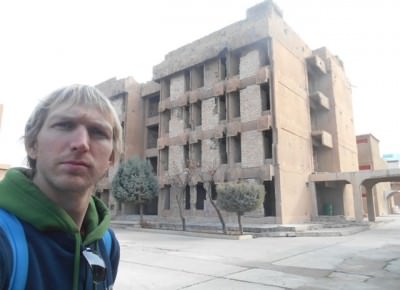 A pondering moment at Amna Suraka in Iraq

There’s an air of horror in the place. There’s a soldier on the door to let you in. There are no other tourists in sight and you have the place to yourself to ponder on. Take time to walk around and have a deep deep think about life. It’s a scary place and I feel for the victims but ultimately this place remains as it is so that people can see what happened here.

2. Killing Fields, Phnom Penh, Cambodia
God forbid we never see the like of this again. The Choeung Ek Genocide Centre is a museum built to commemorate those who were tortured and murdered during Pol Pot’s regime in Cambodia/Kampuchea. It’s situated in the place outside Phnom Penh known as the “Killing Fields”. 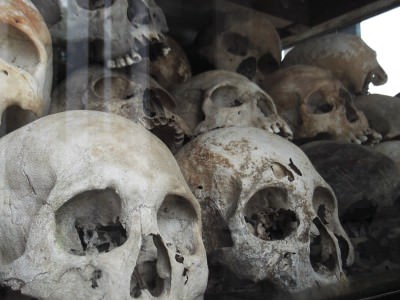 On your walk round this fields you can stop and ponder on how many people were killed here. Ditches in the ground were full of skulls and bones. They reckon 1.4 million people were killed during the Khmer Rouge reign. Totally horrific. There is a killing tree where the evil killers used to smash children against before throwing them in a ditch. Combine your trip to the Killing Fields with a visit to Tuol Sleng (S21) as well.

3. The Bombed City of Agdam, NAGORNO KARABAKH
Backpackers and tourists entering Nagorno Karabakh are not supposed to go to Agdam as it can be a scary place. Imagine a city of more than 100,000 people which was completely obliterated, bombed and destroyed leaving a population of zero. Some were killed and some fled. But nobody lives there now. 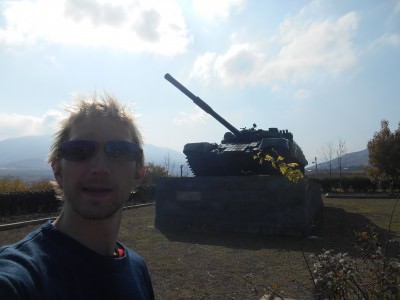 A Nagorno Karabakh tank on my trip to Agdam.

It’s hard to get to on public transport as I found out and in the end, I only toured the edge of the city of Agdam. That was enough for me – I had to hitch hike it back to Stepanakert in fact. Homes that were destroyed, there are signs of war everywhere, tanks roaring past me shouting abuse and just an odd military place. Nagorno Karabakh is a republic with a high military presence. A travel buddy of mine did a proper tour of Agdam by taxi – if you’re interested I can get in touch and share her story. It’s a horrific place though. I had to put myself at ease by visiting it – but on a tight budget and hitch hiking you may not get access to the old city centre. 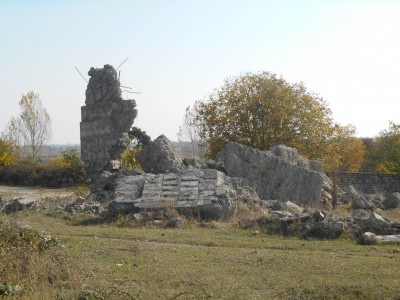 4. The Genocide Museum, Yerevan, ARMENIA
Spare a thought for little Armenia. It should have been a world superpower. The land they owned, the population they had. Armenia is not small fish that’s for sure. Horrifically though the Turkish tortured, maimed and murdered over one million Armenian in the early part of the 20th century. This fact is often brushed aside and even as a long term traveller, I didn’t quite realise the terrifying nature of this ordeal. 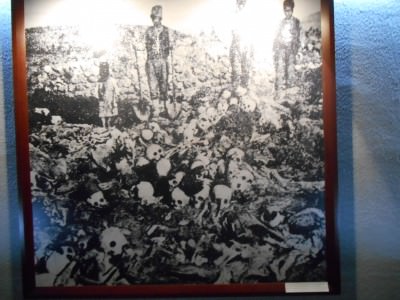 The tragedy of the Armenians – clear to see at the Genocide Museum in Armenia.

Until I visited the Genocide Museum in Yerevan of course. The horror is clear for all to see. Next to the museum are trees donated by other members of the UN and a flame that never goes out. Really shocking and horrific tale. 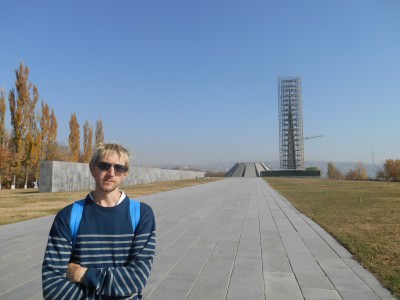 At the Genocide Museum in Yerevan, Armenia.

5. The Rising Sun Bar, Greysteel, NORTHERN IRELAND
In October 1993, on Halloween night, masked UFF gunmen burst into this bar in County Londonderry dressed in boiler suits shouting “Trick or Treat”. It was no trick and it was certainly no treat. They opened fire on innocent locals celebrating Halloween. 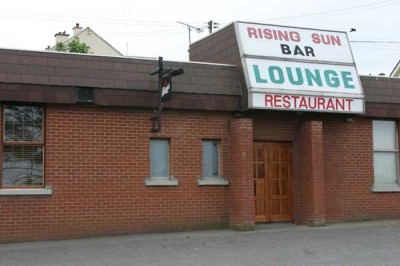 My friend Chris Ragg once worked just down the road, in Eglinton and I drove past the pub many times. On one occasion I plucked up the courage to park outside and was going to go inside for some food and drink. Something scared me and told me not to. I’ve been haunted by the UFF Greysteel massacre for years now. Just because I grew up in Northern Ireland with all this going on around me. 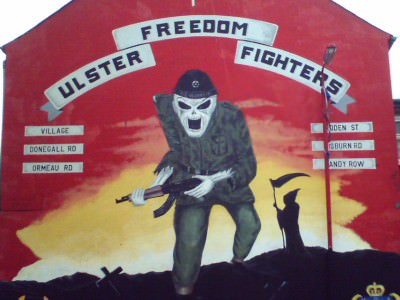 As I continue to travel around the world I will be aiming to visit a few more grotesque and horrific places as it’s part of the lifestyle in my opinion. Dachau and Auschwitz are the obvious European places I haven’t made it to yet, Rwanda and Congo will be equally scary. This year I’ll be in Central America. No doubt there are some tributes and museums to the horrifying events in Nicaragua and Honduras down the years.

29 thoughts on “5 Most Horrific Places To Go Backpacking In”