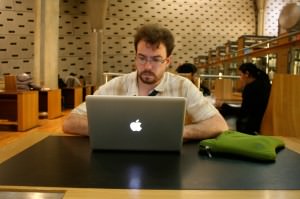 I go by the name Forest Parks.

I’m from London in England.

Although prior to 2007 I had been on holiday to Canada and Europe my nomadic life started when I moved to Montreal. I lived there and traveled to the USA a lot over the next two years before heading to Egypt for 2 years and then New Zealand for a year. In between I have visited more places in Europe but still have not cracked Asia apart from one night spent in a suburban Bangkok hotel!

I’m actually home in London staying with and visiting friends. 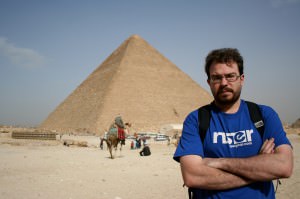 It’s hard to say because the world constantly amazes me. The first time I got to the top of the Rockies in Alberta I had to sit down and just take it in. I know it’s cheesy but it genuinely took my breath away! Egypt was amazing on levels I can’t even describe and the depth of living in that country goes beyond the pyramids. New Zealand…. Well it speaks for itself and constantly astounds.

I don’t know if this counts as the best but the most life changing and self reflective moment came during the 2011 Egyptian Uprisings. We attended the first day of protests on Jan 25th 2011 at Tahrir Square. Like most Egyptians we didn’t think it would go beyond one day. During the first night we found ourselves trapped with a group of protesters and a few other foreigners hiding in a school building as the police searched for protesters to arrest. We finally made it out with the help of a doorman early in the morning and had to sneak past sleeping riot police. I have never been in a situation in life where I had to fight for basic rights of humility and Egyptians did (and still do) have to fight for it every day. That uprising taught me a lot about the human spirit. 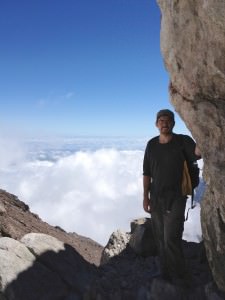 Being stuck in a building all night on the first day of the Egyptian uprisings!

I was volunteering at an Animal Sanctuary in New Zealand. Coming down a set of stairs by the side of the house I looked to my left and saw a possum sitting on the air conditioning unit. Our eyes met!

I jumped down the last few stairs and the possum leaped, landing on my head. I could feel it sniffling around my ears and it’s claws were digging into the side of my head as I crouched down and stood still.

I started calling for Lara, she came out and grabbed a banana to coax the possum off my head. Holding out the banana to help the possum make t’s decision to jump it just grabbed it from her instead and continued to eat the banana while poised on top of my frozen body!

Someone else came running and and pulled it off by the tail. 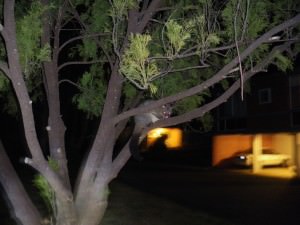 Beware of the possum! Forest Parks talks about New Zealand…

The possum was pretty darn scary I have to talk about the revolution again!

On the third day we were at a friends house watching events unfold on CNN and Al Jazeera. A curfew was announced and it meant that everyone in Egypt was supposed to be home by 7pm. Seeing as we lived in a rich and fairly foreign suburb we didn’t really take it that seriously.

When we left the apartment to make our way home just after 7 we realised the curfew was serious. We had about 2 miles to go. About 1/2 mile into the journey we went to walk across the square which housed the main police station in the area. A policeman started talking at us in frantic Arabic and luckily someone with English started saying “what are you doing?, what are you doing?”. We said we need to get home and he led us across the square as police all around were looking at us puzzled and frantic.

Off of one of the streets we could see fire, hear people shouting and police squatting firing rifles into the crowd. The floot of the square was littered with broken glass and what I thought was water. Lara, my partner, said it might be blood and I exclaimed that I thought that was stupid.

The English speaking man told us to hurry home as we got out of the square. Then out of an aprtment a blond foreigner came running out shouting “what on earth are you doing out, they just killed people there, they killed 18 people there”. I quickly realised Lara was right and that was blood on the floor.

We started walking in panic very very fast. As we passed the British Club down the street the Egyptian workers we knew noticed us. They called us inside, gave us beer and explained they could not get to their homes because of the curfew being announced too late for them to make it! After a few hours of calming down we snuck out and found a lone taxi still on the street, he drove us home and we was fine.

Don’t expect the world to be shaped according to your views and beliefs. You will be left in a constant state of anger!

Be as open with people as you can and let people into your world whole heartedly.

Keep yourself fit and healthy. The energy and ability to do things you wouldn’t if you was in bad shape is priceless.

I’ll be heading up to Liverpool soon to spend some time seeing my Mum and getting cash together. Then sometime in August I am making a move to Europe. Right now Budapest seems like the choice but maybe readers can help me a little more and give me some advice. I wrote a post about it here: http://everydaynomad.com/help-me-where-on-earth-are-we-going-to-live/

Forest Parks left the UK and his conventional life in 2007 and never looked back. Although he always wanted to travel the slow nomadic life was not something he had really thought about! Many countries and years later he is still moving around without permanent abode.

Sustaining travel with graphic design work and blogging he has no intention on stopping soon and recently in 2013 started a travel site to share his passion for life on the road. That site is Everyday Nomad (http://EverydayNomad.com)

Thanks to Forest Parks AKA Everyday Nomad for being the latest in my series of World Travellers! If you travel the world and run a travel blog or are a travel writer, please get in touch, you can be featured (there’s a HUGE waiting list at present), either e-mail jonny (at) dontstopliving (dot) net or head to my contacts page and get connected! You can also subscribe to Don’t Stop Living by filling in the form below! Safe travels!