I’m particularly fond of this week’s World Traveller, Megan Claire. Megan hails from Tasmania – a place where I spent 6 amazing months working hard, touring the whole island and saving for my Antarctica dream. Megan is a lawyer and a journalist as well as a travel blogger and she has climbed Mount Kilimanjaro. This is an inspiring lady for sure! 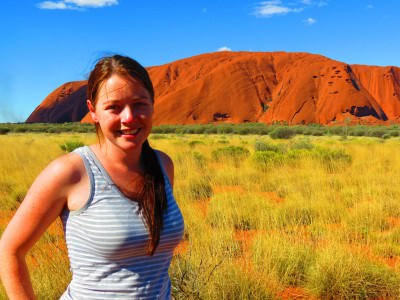 I’m a small town girl from Tasmania, Australia, who happens to have decided to take on the world! I’m both a lawyer and a journalist, but my extreme passion for traveling, and experiencing new sights, sounds and cultures, has seen me swap the dream of a corner office for one which sees me trekking, climbing and diving instead.  I’m a dreamer, I’m a thrill seeker, and ultimately I’m an adventure traveler.

I guess you were probably after my name as well – I’m Megan Claire Jerrard!! 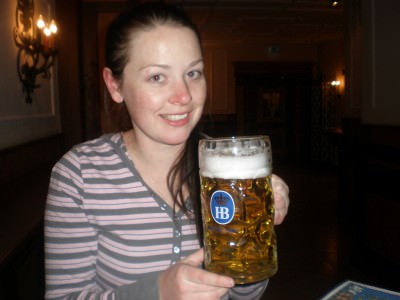 I’m from Australia, and so because we’re such a geographically isolated nation, I’m very accustomed to 22 hour flights in order to get anywhere! I’m almost disappointed nowadays if a flight is less than that, as it’s on these flights that I catch up on all of my new movie releases!

I also use the downtime I have on flights to catch up on sleep – I generally don’t get much for the most part!  The kind of vacations I take are those which require another vacation at the end just to recoup!

I’ve currently racked up 35 countries and counting – I spent 2007 traveling throughout Europe so have seen a big chunk of the EU.  I also spent two semesters studying abroad during University, one in the Czech Republic and the other in the Netherlands.

I’ve barely touched Asia, but did get to Japan on a cultural exchange with my High School during Year 9, and have hit up a number of Pacific Islands just outside of Australia.  Throw in Kenya, Tanzania, the United States and Costa Rica and we’ve covered another 2 continents! 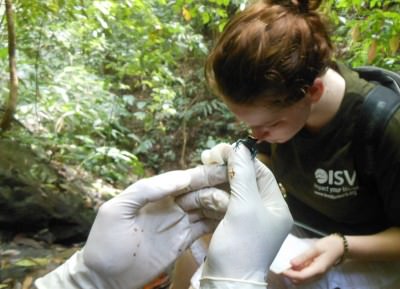 Somewhere out there in the wide open world! We recently took the plunge and sold our home, trading all of our possessions for a life of nomadic travel! We started in Central and South America hitting up Costa Rica, Panama, Peru, Chile, Ecuador and Bolivia, and are winging it from there! We travel wherever the wind takes us.

Italy, Croatia and Costa Rica. Italy comes in at number one because, besides the culture and history on display being superior to anywhere else on earth, you don’t need an excuse to eat pizza and gelato every day! It’s expected; as is an indulgence in the finest Italian wines! The culture and history on display in Italy is superior to anywhere else in the world; walk amongst preserved ancient ruins of what was once the greatest Empire on Earth! But I’m not only talking of Rome – sites such as Pompeii, Herculaneum and Sicily offer some of Italy’s best ruins. The coastlines are far from ruined – head to the Amalfi Coast or Cinque Terre for the most spectacular coastal scenery the world has to offer.

Croatia also has stunning history and spectacular coastlines on display, and Costa Rica is one of the most naturally beautiful countries in the world. 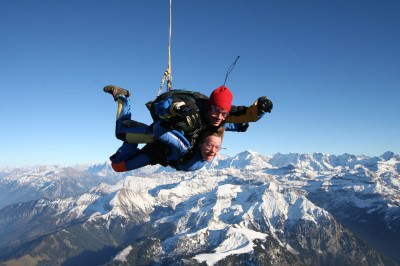 Summiting Mt Kilimanjaro – I spent a week climbing Kilimanjaro (highest free standing peak in the world), and while I wanted to hurl myself off the mountain and die for half of the climb (it was quite difficult!), getting to the summit was one of the best moments in my life.  It was the most physically and emotionally challenging expedition I have ever undertaken, and I will never forget that overwhelming sense of achievement upon reaching the summit.  Standing above the clouds, watching the sunrise over the whole of Africa – you really do feel like you’re on top of the world! 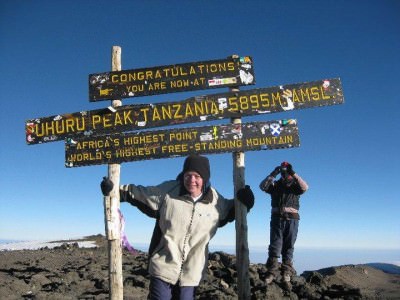 Amazing. Inspiring. Epic. Mapping Megan at the top of Mount Kilimanjaro in Africa!

Catching a mild case of malaria while in Kenya. Mild in that I wasn’t hospitalized but it did take me out for a few days – and a tent in the scorching African sun with not much access to proper sanitation and clean water wasn’t the most ideal scenario to fall sick in! Honestly, who knows if it was malaria or not – but it was a pretty severe sickness!

Flying from Milan to Prague I wore 5kg of clothes onto the plane to avoid paying excess baggage fees. And I have the kind of friends who would prefer to video the process and post it to YouTube rather than help to unpack! Needless to say, me dressing myself in everything from pyjamas to towels in the middle of the Italian airport provided entertainment for the whole terminal – and I couldn’t stop laughing myself!

Not remembering the night before. My first big trip overseas was a Gap Year I took in Europe. And as an 18 year old in Europe we spent the whole year incredibly intoxicated!

There were too many nights during that year where I woke up the next morning, in a foreign country, not being able to remember the previous night. On my 19th birthday in Prague I actually woke up in a random apartment building where we had supposedly crashed a fellow tourist’s house party. On walking through the city park the next morning at 10am to find my hostel, still in my party clothes from the night before, I was approached by numerous skeezy men. Because prostitution is legal in Prague and apparently I looked like I was for sale! Never again!!

I’ve since written up a blog post with advice on getting drunk abroad!

We would rise early in the morning and trek through the jungle knee deep in mud all in pursuit of frogs smaller than my little finger! Once we managed to catch them (even more difficult task than finding them) we would record data which was compiled into a database establishing information like population density and a record the various species present.

Through a lot of sacrifice and a lot of hard saving! We’re not rich, but we sure as hell are determined. And it’s fairly easy to save once you put your head and heart fully into it.  Cutting out unnecessary items such as luxury purchases, new clothes, alcohol, smoking, eating out, coffee; and little changes to your routine such as sharing one car or cooking your own meals all adds up, and it’s how we fund our travels.

It might sound like we don’t have a whole deal of fun, but when it comes down to it I’m (a) happy wearing the clothes I already have if it means I can wear them in a different country each week; and (b) don’t need alcohol or cigarettes when exploring new places is a natural high in itself! Travel is an addictive drug in itself!

After exploring Central and South America we’re flying up to Iceland to explore the country and the surrounding Scandinavia. From there we plan to fly back to the US – because you can never do too many US roadtrips! Will base ourselves in Arizona for a year to fully explore the West Coast USA and Canada and then probably move to Australia.

Megan is an Australian Journalist who has been travelling and blogging around the world for the last 7 years to inspire others to embark on their own worldwide adventure!  Her husband Mike is an American travel photographer, and together they have made the world their home.

Meg has recently launched “Mapping Megan”, an up and coming travel blog which aims to give you the best tips and advice on travelling, volunteering, living, working and holidaying abroad.  She hasn’t been everywhere, but it’s on her list!

Thanks to Megan Claire for being the latest in my series of World Travellers! If you travel the world and run a travel blog or are a travel writer, please get in touch, you can be featured (there’s a HUGE waiting list at present), either e-mail jonny (at) dontstopliving (dot) net or head to my contacts page and get connected! You can also subscribe to Don’t Stop Living by filling in the form below! Safe travels!