World Travellers makes a welcome return tonight, now that Don’t Stop Living has arrived back on the travel blogging scene in time for the website’s ten year anniversary and there could be nobody better to bring in for my first World Traveller on the return than Randy Williams! A man on a mission with a similar mindset to me. Yes, Randy is also a radio DJ, who loves the obscure and is on a mission to explore the world while he can. He’s already been to Libya, Burundi, Nauru and Poland and is on a mission to visit every country in the world. The only slight upsetting thing is that we were BOTH in Warszawa, Poland on the same day in June 2017, yet neither of us knew it so we didn’t meet! Next time!! 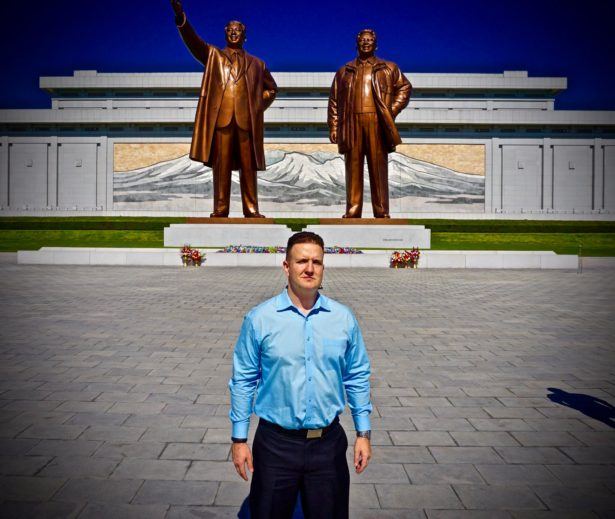 What I like best about Randy’s website is that he writes ONE pretty thorough and entertaining article on each country. The Libya one is my favourite. Here is his website:

Who are you?
My name is Randy Williams. I go by “R Dub!” on the radio…I host an internationally syndicated love songs and dedications show (http://www.slowjams.com/) that airs on 130+ radio stations in twelve countries. I was featured on ABC’s Shark Tank in 2013. I’ve just started seriously travelling the last five years. 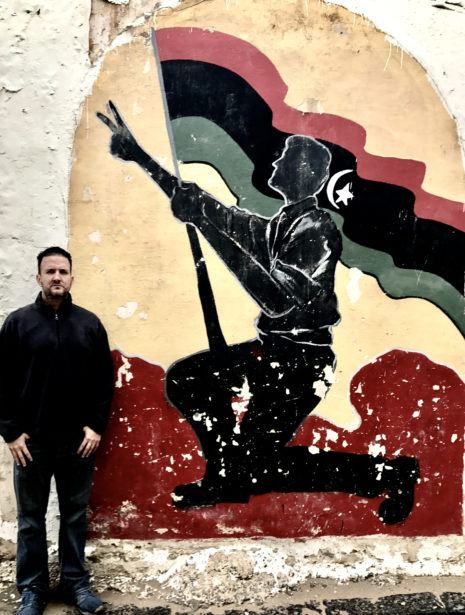 Where are you from?
I was born just outside of Chicago, Illinois and grew up in Los Angeles and Orlando, Florida. I began my career in radio at the age of 15, almost immediately after moving to Tucson, Arizona.
Where have you been?
I’ve been to 87 UN Nations and 10 territories/disputed countries. I’m on track to hit #100 in April. I want to be somewhere special for that! 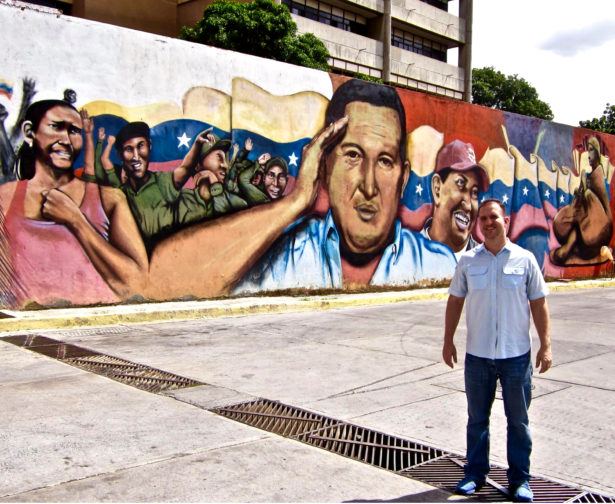 Where are you now?
Sitting in my home studio in San Diego, California, where I broadcast my radio show, Sunday Night Slow Jams.
What are the top 3 places you’ve visited?
North Korea
Thailand
Brasil
I’d like to note that I decided to travel to North Korea because of Jonny Blair. I had wanted to do it, but had been too scared. It was when I found Jonny’s blog about his DPRK visit that I decided to actually go through with it. Not 30 minutes after reading his North Korea story, did I book my own trip. 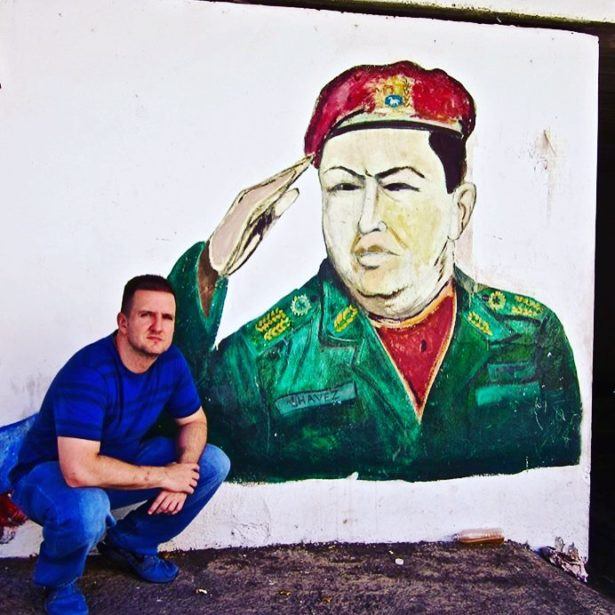 Whenever anyone asks me my favorite country, the answer is easy. Brasil. I fell deeply and passionately in love with Brasil my first visit and eventually moved there to live. The music, the food, the landscape, the language, the people…all of it…it devoured my heart! http://www.ramblinrandy.com/south-america/brasil/

What is the worst travel experience you’ve had?
Crossing the border from Uruguay into Argentina was awful. I’d been to Buenos Aires and loved it–one of my favorite spots! However, the whole country is NOT like B.A! I was in Asuncion and figured I was too close not to pay another visit to Argentina–it was right there! But I was treated horribly by some local scammers at the border town of Clorinda, and then by a taxi driver who shook me down for $150 for six-minute ride in a 1980’s Peugeot. It was one of the only places I felt really unsafe. I’d never go back to Clorinda. Maybe it was just an isolated incident of bad luck, but f*** that place, seriously. Never again! 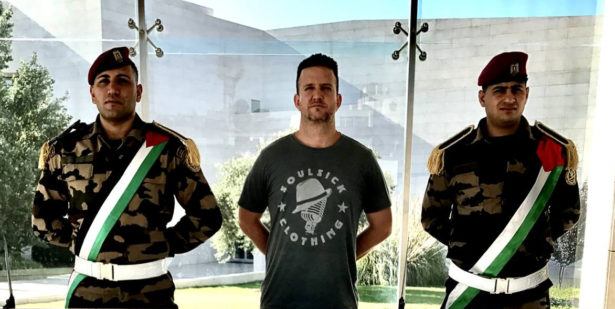 What is the funniest travel experience you’ve had?
The time I was over-the-top excited to get a “Turkish Bath” in Morocco. I pictured a beautiful harem of young women scrubbing me down and instead got an old man in trunks. Quite comical scraping my skin off with with a Brillo Pad. I should’ve known better! A close second would be being detained in Nauru and grilled in a little room by customs and immigration. They thought I was a journalist and questioned me for about an hour while I sat on a little wooden chair in a room with no windows–just like on TV!
What is the scariest travel experience you’ve had?
Leaving Libya freaked me out a little bit. The country was (still is) so unstable, and the plain clothes customs and immigration folks really grilled me. They went through every single piece of paper in my bag and questioned me with a very suspicious tone. I was there on a business visa, but not doing business–so I was so afraid I would be “discovered!” Really tense for me. http://www.ramblinrandy.com/africa/libya-tripoli/
Close second: While exploring the quaint old streets of Cayenne, French Guyana, I stumbled upon a pile of belongings in the middle of the street. It only took me a few seconds to realize I was looking at the property of a cheating boyfriend who must’ve gotten caught and had all his stuff thrown out the window by his scorned lover. I whipped out the phone to get some picks of the scene, thinking this would make for a great Instagram post! Little did I know, the owner (cheater) of the items was standing just a few feet away and wanted to kick my ass for taking pictures of his stuff. Obviously, he was still sore that he’d got caught cheating and his stuff was thrown out a second-story window–no wonder he wanted to kick the ass of the tourist who was making light of his not-so-fortunate situation. I had to back away quickly and talk myself out of a fight. He has a teardrop tattoo below his eye, so I gathered a tussle with this chap wouldn’t have been smart. I really thought I was going to throw down. 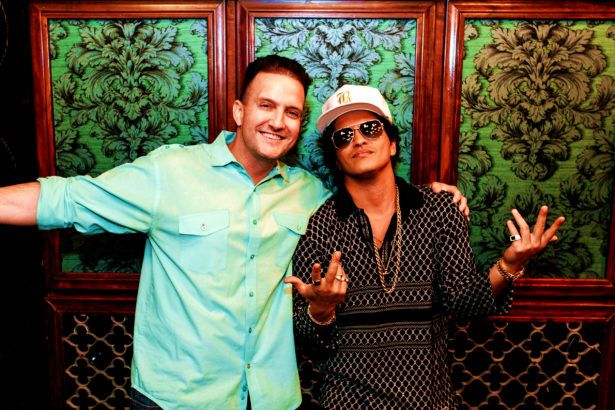 What is the most random job you have had on your travels?
I’ve actually had a couple radio stations in foreign countries pick up my radio show. It’s not an actual “job” with them per se, but I do become part of their “on-air” team when they add my weekly show to their lineup. This has happened in both Suriname and Thailand.  http://www.ramblinrandy.com/blog/ramblin-on-the-radios/
How do you fund your travels?
I’m a workaholic. I work full time for a group of radio stations here in California and have my own business, which is my syndicated show. I don’t blow my money on material things or at the bar…my only “splurges” are my trips.
What 3 tips would you give a new traveller before they set off on their adventure?
That’s a tough one, because everyone travels for different reasons. For the novice traveller with goals to see the world, I’d say:
1) Maximize the rewards/points systems of airlines and hotel chains; there’s some great benefits for frequent travelers. http://flyfreeacademy.com/rdub
2) Document your travels as soon as you start. I regret not documenting my first 15 countries.
3) Remember, people are people everywhere. Practice the golden rule wherever you go.
What are your future travel plans?
Philippines, Brunei, Indonesia and Timor Leste in September. Fiji, Tuvalu and Tonga in November. Middle East in April, with country #100 being Iraq. Trying to find a way in and out of Syria, but it’s difficult at present time.

Thanks to Randy for being the latest in my series of World Travellers! If you travel the world and run a travel blog or are a travel writer, please get in touch, you can be featured, either e-mail jonny (at) dontstopliving (dot) net or head to my contacts page and get connected! You can also subscribe to Don’t Stop Living by filling in the form below! Safe travels!