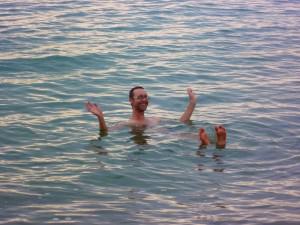 This latest edition of world travellers is Londoner Sam, who gave up the English lifestyle to see the world. Currently touring South America, Sam runs the excellent website Indefinite Adventure and has lived in Austria and Spain teaching English as well as backpacking round Asia!

My name’s Sam. I’m 27, used to be an EFL teacher, currently funemployed. I’m a language and sci-fi geek, I refuse to use the imperial system for measurements (except miles), I like making lists and I’m addicted to podcasts and travel.

I grew up in the east of London (pretty close to where the Olympic Games were held in 2012, actually) and spent a lot of my teenage years in Essex (though I’m not an Essex boy!)

I was lucky enough to be raised by a woman who also loves travelling and we spent a lot of my school holidays abroad in Europe, the USA, Canada, the Caribbean and Australia when I was younger. I’ve since travelled alone all over Europe, South East Asia, China and the Middle East. In the last few years, I’ve also lived in Austria and Spain (link: http://www.indefiniteadventure.com/indefinite-adventure-on-the-amateur-traveler/) teaching English. 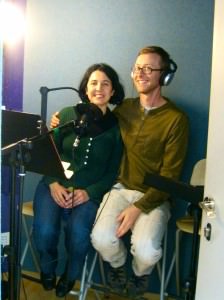 World Travellers: Sam from Indefinite Adventure with his boss while working in Spain.

I’m currently in Buenos Aires, Argentina with my partner, where we’re renting an apartment, working remotely and discovering all the things this great city has to offer. Despite being together for over seven years, we’ve only just started travelling together and we’ve been in South America since January 2013 and have already visited Argentine Patagonia, Chile and Uruguay.

Previously, on my own travels, they would be southern China, the Philippines and Syria (before the civial war). I was welcomed in all three of those places by such amazingly friendly and open people and felt nothing but acceptance and genuine hospitality. They also all have some stunning scenery (mountains, beaches and desert, respectively).

On my current South America trip with Zab, my partner, they would have to be the Perito Moreno glacier (link: www.indefiniteadventure.com/visiting-perito-moreno-glacier) in southern Argentina, the gorgeous alpine scenery around San Carlos de Bariloche and Argentina’s capital, Buenos Aires. 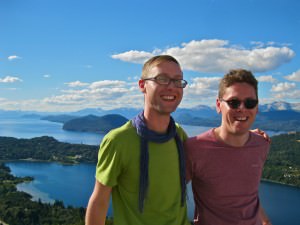 Often I find the best experiences while travelling are because of the people you share them with. I’ve had some wonderful experiences couchsurfing, mostly in Europe, but probably my most memorable experience was in a small village outside of Lattakia, on Syria’s Mediterranean coast. My host, an English literature professor, and his family (who spoke no English at all) made me feel like one of the family, gave me wonderful food (a great way to get on my good side!) and despite the remote location, made it a really fun and exciting place to be. 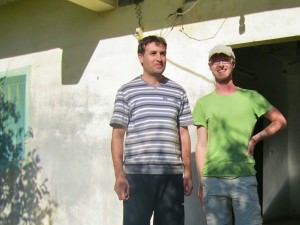 World Travellers: Sam of Indefinite Adventure in Syria with his couchsurfing host!

Getting ill is never fun, and even less so when travelling. Fortunately, I haven’t been hospitalised since I was a baby (let’s hope that stays that way!), but recently I was ill enough to be bed bound for a week (link: http://www.indefiniteadventure.com/travel-diary-2013-week-13/) when we arrived in Buenos Aires, essentially meaning I did nothing but sit in bed, drink water and visit the bathroom every ten minutes. That might not sound that bad on the grand scale of things, which I guess means I’ve been lucky!

In 2009 in Melacca, Malaysia, I was walking down a street by the canal and a young Malay guy approached me, at first, I thought to try and convince me to eat in his restaurant. Turned out he just wanted a friendly chat, or so I thought. I carried on walking after a few minutes of small talk, which also happened to include him telling me that I had very beautiful eyes. I didn’t think much of it at the time, but later, I mentioned it to a friend by email, who promptly told me that he was definitely flirting with me. Looking back now, it seems to obvious, and my naivety at the time seems ridiculous. I always laugh at myself now when I think of that! 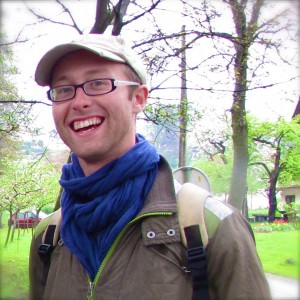 World Travellers: Sam of Indefinite Adventure is a Londonder out seeing the world!

I’ve been lucky, I haven’t had any near misses or life threatening experiences on my travels. I do have something of a fear of motorbikes, however, so probably one experience that stands out is being driven on the back of a motorbike without a helmet by a guy who had had a few beers in a small beach town in the Philippines at night along a street with absolutely no lights. That probably sounds really lame, but it just goes to show what a chicken I am! 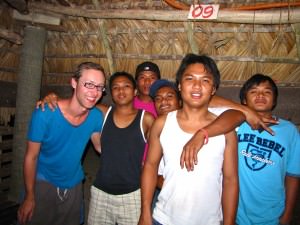 World Travellers: Sam from Indefinite Adventure just before the motorbike incident in the Philippines…

While you should remember to be aware of your belongings, surroundings and others, don’t fall in to the trap of thinking that everyone is out to get you. That kind of anxious attitude shows, and can end up making you more of an easy target. People are generally good and want to help you, not rob you.

Go slower. Don’t try to rush your trip and fit in as many things as possible, or all the things that the guidebook says to do. Prioritise based on your own personal interests and forget about what people tell you you “must see”. You will also save money by travelling slower, as you won’t be paying for transport so often and you can often get better deals by staying in one place for longer than a few nights.

Don’t be afraid of street food. If you find a place crowded with locals, that’s probably for good reason, and means that the food is likely to be clean and safe to eat. It’s a great way to experience a place from the point of view of people who live there, is often very good quality (especially in places like South East Asia) and can be dirt cheap!

Once we leave Buenos Aires, Zab and I will head to northern Argentina then in to Bolivia, Peru, Ecuador and Colombia. But we’re not rushing! We don’t plan to get to the Caribbean coast of this continent until the end of 2013. Beyond that, who knows (link: http://www.indefiniteadventure.com/questions-answered/)? Maybe we’ll continue travelling in Central America or perhaps we’ll head back to Europe for a while. We’d both definitely like to visit Asia after that, as Zab has never been.

Sam, a native of London, spent the last four years travelling solo around Europe, the Middle East and Asia learning languages, teaching English and eating his way through the local cuisine. Since January 2013, he has been travelling in South America with his long term partner, Zab.

Thanks to Sam from Indefinite Adventure for being the latest in my series of World Travellers! If you travel the world and run a travel blog or are a travel writer, please get in touch, you can be featured (there’s a HUGE waiting list at present), either e-mail jonny (at) dontstopliving (dot) net or head to my contacts page and get connected! You can also subscribe to Don’t Stop Living by filling in the form below! Safe travels!