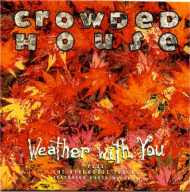 It seems a bit bizarre that it has taken me until now to write about this band – one of my all time favourites, sometimes I could just listen to them for hours on end and be quite content. The band come from New Zealand. The band is called Crowded House. They have had some career and some variety I tell you. The band had changed members many times, split up a few times, endured a suicide of one of the members, had solo albums released, re-formed in different ways and they are now still producing excellent easy to listen to acoustic and rock ballads, with beauty intelligence and charm. The main man is Neil Finn. Neil Finn was a former member of Split Enz (New Zealand’s previous biggest band, with hits such as “Message To My Girl” and “History Never Repeats”) along with his older brother Tim Finn. When split enz came to an end and split, Neil formed “Crowded House” and they slowly worked their way to success, album by album. Looking back the first album does seem dated. Its 1986 release meant even I wasn’t fully into music by then, and it probably took me 10 years to actually sit down and listen to that one. Stand out early tracks “Don’t Dream It’s Over” (an ultimate melancholy anti-suicide ballad) and “World Where You Live” still make it onto their set list and in honesty are some of the best lyrics you’ll hear. Definitely give “Don’t dream it’s over” a listen. 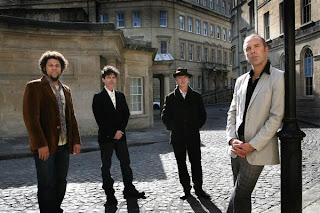 Moving on to their second album, the mellow “Temple of Low Men” is a definite improvement on the first and probably stands as my second least favourite CH album. It was going to be hard to emulate the US success that “Don’t dream its’ over” had provided and jokingly Neil Finn (always one with a sense of humour) had joked to re-name that album “Mediocre Follow Up”, something they’d have been telling a lie there, as the tracks wizz into your eardrum with the kind of lyrics that make you listen and wonder. Better Be Home Soon and Into Temptation (“Knowing full well the earth will rebel”) set the standard however and Crowded House had another gem on their hands. This album never saw the same commercial success as the first one, but better things were ahead as the buzz of the 90s came round and suddenly guitar ballads were what people wanted again. In an era where REM threw “Losing My Religion” at us and Duran Duran returned extraordinarily with “Ordinary World”, the Crowded House bandwagon was gaining speed, just in time for their third album and the joining of Tim Finn to the band. The brothers would be reunited once again. 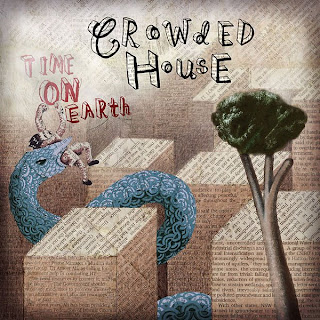 This third album, really has to stand tall as their best album in my opinion. A strange cover image and the title “Woodface” led us into mystery and intrigue as songs about weather, world travel, relationship and american society fell upon our ears. In Europe with a 1991 summer sun beating down, “Weather With You” became a sing song tune for the summer. That was the first one I heard, the catchy chorus and summery guitar riff had me hooked and I first owned this song in a Q Magazine free CD which my Dad bought. The lyrics are fantastic and the creativity truly inspired:

Chorus
Everywhere you go you always take the weather with you

(Written by the Finn brothers) 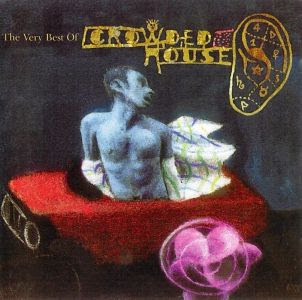 THis single was followed by some more classics, another weathery song “Four Seasons In One Day” hit the UK charts as did “Its’ Only Natural” and “Chocolate Cake.” Chocolate Cake is the comedy part of Crowded House. Lyrics involving Andrew Lloyd Webber, the Queen and Elvis Presley made it rather sublime and criticisms of the band were made by Americans who felt the “chocolate cake” idea was a bit of a go at Americans and the food they eat. It may well have been, but only in a funny way. On a live version I have of this (from 1996 single “Instinct”) they also sing the Beatles song “Rocky Racoon” as part of the introduction into the song. I liked that, it worked well. By the time 1993 had come round, we were ready for another excellent Crowded House album, Together Alone had an enigma, and also lots of very good songs… 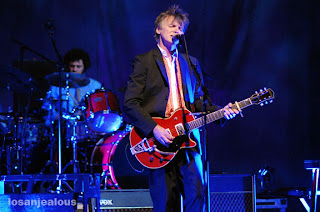 This “Together Alone” album features some very slow eloquent songs, some which for me put life into perspective and sum things up in a nutshell, even just through a single lyric. The pick of these would be “Distant Sun”, “Private Universe” and “Fingers of Love.” The individual lyrics of “your seven worlds collide whenever I am by your side” and “it feels like nothing matters in our private universe” are almost so intelligent I lose myself for a few minutes when I put these tunes on. There is something so inspiring about listening to Crowded House. This happiness reached a very sad peak, when in May 1996, Crowded House decided to call it a day, they split up, they were over. As Neil Finn said on an ITV interview “it seems like a good time to knock it on the head.” However they did go out with a bang, treating us to 3 final songs, 2 of which were excellent top 30 singles in the UK, a third which was the final track on their epic final release, “Recurring Dream” a “very best of” album, which also contained a bonus CD of a live concert. As well as this they appeared on “Later with Jools Holland” and “Live at the GLR” in June 1996 to say goodbye to the UK. Farewell to the world was done at Sydney towards the end of the year. And with the lyrics from final single “Instinct”, “its nearly time to flick the switch cos I’m hanging by a single stitch” it was the end of Crowded House…OR NOT!! As the next paragraph will reveal… 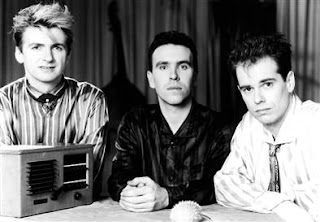 After splitting up in 1996, Neil Finn and Tim Finn released yet more solo albums and compilations, I even went to see Neil Finn (and son Liam) live at Belfast’s Ulster Hall in 1998 for the release of his “Try Whistling This” album. However by the year 2000 a new Crowded House “rarities” compilation called “Afterglow” came out to keep us fans all intrigued and sadly in 2005 ex-drummer Paul Hester couldn’t cope with his depression and so he killed himself, a suicide in New Zealand near his home. It was a sad moment and this brought the band together and they then planned some recordings etc. It was then that we realised the band had a new drummer and were recording a new album. I couldn’t wait!! And in a bizarre twist of fate, I was in New Zealand just after its release and had the joy of buying the album “Time On Earth” from Groovy Music in Auckland and also hearing the excellent single “Don’t Stop Now” many times on my treks round New Zealand. Crowded House were back! I later returned to the UK and to Bournemouth where I worked for a while in the BIC. It was ironic that Crowded House were due to play a gig there one night and I was down to work! But I somehow had just broken my foot and couldn’t even work or attend the gig. The truth is, after 29 years I STILL HAVE NEVER seen Crowded House play live!! I was quite sad about that, but hopefully the chance will come someday, and they will continue to inspire us with their music and words of wisdom. Give them a listen.
Wikipedia Entry:
http://en.wikipedia.org/wiki/Crowded_House

MY particular TOP FIVE Crowded House Songs –
1. Instinct (I sometimes shed a tear on the line “when your turn comes round…”)
2. Private Universe
3. Don’t Dream It’s Over
4. How Will You Go?
5. Don’t Stop Now

Some of my favourite Crowded House lyrics:
“Its nearly time to flick the switch cos I’m hanging by a single stitch”
“When your turn comes round….and the light goes on”
“Your instinct can’t be wrong”
“Your dreams are alcohol inspired, you cant find another way to face it”
“You can fight the sleep but nat the dream”
“Things ain’t cooking in my kitchen”
“It feels like nothing matters in our private universe”
“You can tell a man from what he has to say”
“Not everyone in New York would pay to see Andrew Lloyd Webber”
“I don’t know what tune the orchestra played but it went by me sickly and sentimental”
“In the paper today tales of war and of waste but you turn right over to the TV page”
“It was good while it lasted but now it has gone so face up to what you have done”
“Don’t dream its over”
“Labour of love is ours to endure”
“I’m as happy as sin in a fear shaken world”
“Its just the fear of losing control you know so well”
“I saw Elvis Presley walk out of a 7.11”
“I can’t look up, fingers of love move down”
“I’m playing in the shallow water, laughing while the mad dog sleeps”
“The door is always open…”

NOT THE GIRL YOU THINK YOU ARE live on Later with Jools Holland, 1996:

WEATHER WITH YOU live on Later with Jools Holland, 1996:

DON’T DREAM ITS OVER (Live on the night when we dreamed it was over, Sydney 1996):