Summer’s coming and the fields and streets of the UK and Europe will be full of the sounds of music. From pop and folk to classical, punk and rock, the warm weather months will see an astonishing array of musical celebrations in venues from sophisticated cities to lively beaches. Whether you plan a trip around these exciting events or just happen to be in town, music festivals are a fun-filled way to make new friends and sample local food and drinks while enjoying amazing performances from national and local stars. While most festivals are ticketed events, there are some massive musical events that are free, run by music lovers relying on donations to stage exciting celebrations that don’t cost you a penny. 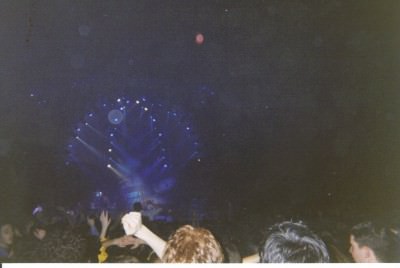 One of the biggest free musical festivals in Europe, this high-energy celebration takes place in the lovely historic market town of Monmouth in in South Wales. Presenting nine nights of exciting shows from Wales and beyond, the festival’s more than 40 acts include rock, soul, country, indie, classic and folk artists that keep the crowd on its feet. Performers from past years have included Hells Bells, Poco Latino, The Secret Police, The Mighty Pledge. On-site bar and delicious food is available at the festival, with some of the proceeds going towards the next year’s event. Don’t forget to explore the eclectic shops, award-winning restaurants and chummy pubs of Monmouth’s vibrant high street while you’re there. 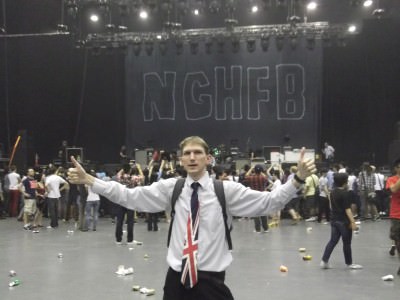 Rock n Rolling it at festivals!

Described by Mike James from Rainbow music as “Presenting three brilliant days of live original music from around the UK”, the Worcester Music Festival offers hundreds of up-and-coming artists and bands performing in venues across the city. Held annually in the last week of August, the festival has drawn carefully selected upcoming artists from as far afield as Russia, the US, Egypt and Romania. More than 20 different promoters are currently involved in the festival, ensuring a super representation of all genres at performances staged in over 30 pubs, cafes, clubs and historic buildings in and around the city centre. Now featuring over 300 artists, the festival is known as place where musicians and artists can network and new bands and projects are formed, all while festival goers experience some of the best free musical showcases of the summer.

A huge, fantastic free three days of music, Przystanek Woodstock has been an annual event on the former Polish-German border for 20 years, and has grown into one of the biggest open air festivals in the world. Though mainly a rock fest, other genres through the years have included folk electronic, classical, rapcore and reggae, with performers selected in a pre-festival Battle of the Bands. Named for the iconic Woodstock Festival in New York, the festival’s motto is “Love, Friendship and Music”, and it’s organised by the Great Orchestra of Christmas Charity as a way to thank its volunteers. More than 500,000 people from across Europe flock to Kostrzne nad Odra, about 50 miles from Berlin, at the end of July or beginning of August to experience hot acts that have included the Acid Drinkers, Papa Roach, Kontrust, Nigel Kennedy and The Stranglers. Two open-air stages rock continuously from early afternoon to dawn at this unique event run by the biggest and most respected charity foundation in the country. Attendees also have the opportunity of attending the Academy of the Finest Arts where they can meet well-known politicians, artists, actors, journalists, and religious leaders from across the globe. Past visitors have included former Polish president Lech Walesa and Kesang Takla, Northern European representative for the Dalai Lama. 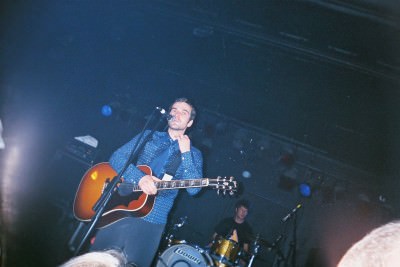 Held once a year at different locations throughout the UK, the Big Weekend is the biggest free ticketed music event in Europe. Always including a host of exciting new artists, Big Weekend’s 2014’s enormous, exciting festival will be held in glorious Glasgow. Other than a small booking fee, tickets to the event are free and its incredible popularity has led to a restriction of one pair of tickets per person. Last year’s event was held in Londonderry and headlined by Calvin Harris, Bruno Mars and Biffy Clyro, while Rita Ora and Paolo Nutini are confirmed for this year. Also as The Scotsman newspaper highlights “with Glasgow scheduled to also host the 2014 Commonwealth Games, the historic Scottish city should be seeing non-stop action this summer”.

Now held in more than 340 cities globally, Fete de la Musique began in France in 1982 as a way to give exposure to the nation’s many musicians. Based on public participation rather than structured artistic management, this exuberant festival is an exciting mix of amateur and professional musicians and bands of every genre performing for free at venues throughout the host city. Staged every year on June 21 to celebrate the first day of summer, this unique musical celebration lights up the public streets, squares, parks, castles and train stations of dazzling destinations including Paris, Berlin, Barcelona, Rome and Luxembourg, offering people of all ages and all walks of life a unique opportunity to share special moments through music. Experience ethnic African performances in a Parisian palace, wander ancient streets alive with jazz and rock or just relax on your hotel balcony watching tuneful parades stream by.

Non-stop entertainment marks a brilliant end to summer at this endless, extravagant city-wide festival. Offering four days of free concerts and over 600 special events staged throughout Barcelona’s plazas, museums, parks and streets, les Fests de la Merce is dedicated to the city’s co-patron saint, the Virgin of Mercy. From the lush hillsides of Montjuic to verdant Ciutadella Park and the bohemian streets of the gothic La Ribera Born neighbourhood, Barcelona turns into a boisterous, brilliant explosion of music, dance, street theatre and food. Each festival day is celebrated with a themed parade filled with fairy tale characters, dancing giants and traditional music. Adding a bit of spice to the mix, every year a guest city brings its best dance and street theatres companies to this amazing festival, with Vienna taking the honours in 2013. Wander streets filled with towering human castles, fire runners and incredible free concerts while experiencing hip, happening Barcelona at its brilliant best. Marvel at musically-synchronised fountains and fireworks, taste your way through a Catalan Wine Fair or take advantage of free admission to the city’s incredible museums.

So, mix your loves of great music and exciting travel by including these amazing free festivals in your summer’s holiday plans. Showcasing every genre from traditional folk performances to big-name rock superstars and hot rising indie talents, this summer’s free festivals will be lighting up cities and beaches across Europe and the UK with an amazing array of performers and parties, all without the added expense of pricey tickets and camping fees.