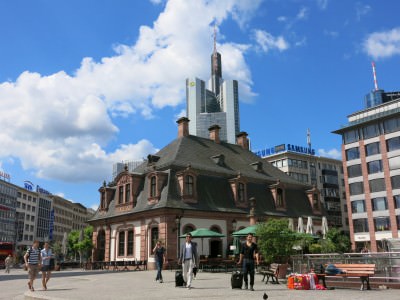 Frankfurt am Main, more commonly known as Frankfurt, has come a long way since its founding in the 1st century. Today, it is the largest financial center in Europe, home not only to a number of national banks and stock exchanges, but also to the European Central Bank. As backpackers, passing through Frankfurt is inevitable on any journey through Europe, due to flights, train connections etc. and I stayed at the Frankfurt Central Hostel.

There is more to Frankfurt than money and business, however. If you are planning a trip to this brilliant city, there are many cultural attractions and landmarks throughout the area that must not be missed so here’s a quick backpacking overview from my days in Germany… 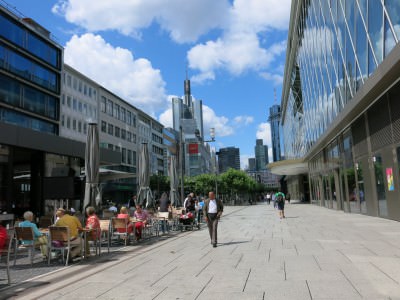 Cultural history and attractions of Frankfurt

Intellectuals and artists have long played a major role in the shaping of German culture. One of the most famous and influential of these was Johann Wolfgang von Goethe. Goethe authored an extensive body of work including prose, poetry, criticisms and scientific treatises. He was born in Frankfurt and lived here for much of his youth and his home is now preserved as a museum. The townhouse is filled with original items that belonged to the entire Goethe family, including Goethe’s own writing desk at which some of his most famous works were written. The museum gives you a realistic picture of what life was like in Frankfurt for the wealthy during the late 18th century.

Frankfurt is home to more than 30 museums, with 20 of these located on the Museumsufer alongside the river. Among the museums located here are the Städel, Germany’s most famous art museum, and the Naturmuseum Senckenberg, the second-largest natural history museum in the country. Other museums offer exhibits covering city history, world cultures, modern art, archaeology, science and engineering and, of course, there is the Money Museum of the German Federal Bank. The Museumsufer also hosts an annual cultural festival, one of the biggest in the country. During this late-August festival, museums are open late into the night; special attractions during the festival include live music and dance shows, craft and artisan booths and a wide variety of foods. 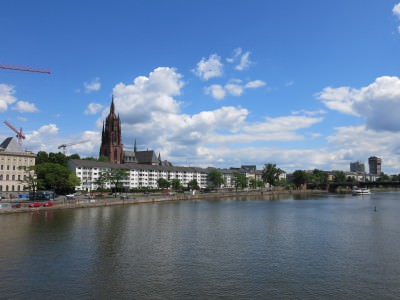 One of the key features of German culture is a love of the outdoors and nature. Gardens, pathways and public green spaces are located throughout the city of Frankfurt and a stroll through these many areas is a must when you visit. For a more structured walk, the botanical gardens offer a variety of open-air and greenhouse exhibits: the Palmengarten includes many tropical and subtropical plants, while the Botanical Garden at Goethe University includes an arboretum and is home to 5,000 species of indigenous and international plants.

Frankfurt Airport is one of the busiest airports in Europe, after London Heathrow and Paris Charles de Gaulle. When planning a trip to Frankfurt, you will want to consider transportation costs. Taking advantage of online travel websites can give you first pick at discounted flights to this culturally exciting city. Most major international airlines, including United Airlines, serve Frankfurt Airport, so getting there will be a breeze, I also came in by train.

With its modern infrastructure and accessibility, Frankfurt is one of the easiest European cities to visit and, with much of the country’s culture and history tied up in its buildings and landmarks, Frankfurt is the destination if you are looking to immerse yourself in all things German.