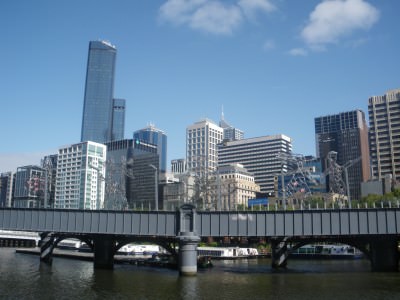 Backpacking in Australia – my top 5 memories from Melbourne!

It’s a while since I have reflected on backpacking in Australia and my crazy life down under, which began almost 5 years ago now, crazy!! On my first Working Holiday Visa I ended up passing through Melbourne twice and again on my second Working Holiday Visa , so 3 times during my 18 months living in Australia and there were a few crazy memories! I’ve written a bit on them before but never in a compact post like this. 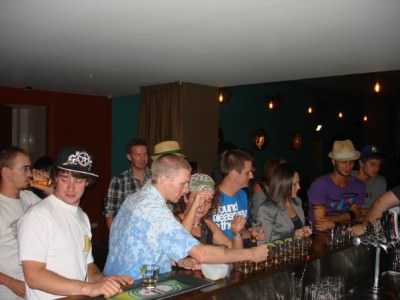 1. Meeting Roger Federer!
That’s right – me and my mates Dan and Neil were just nonchaltanly backpacking by the Yarra river one day in January 2010 and I shouted “hey there’s Roger Federer!” – He had just won a tennis tournament and we went over to watch him do a TV interview! The Day I met Roger Federer. 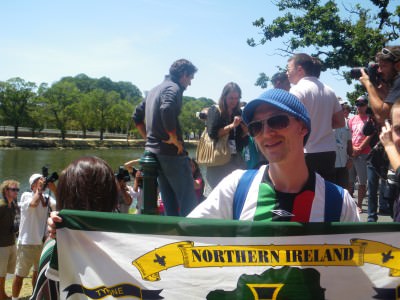 Yes that’s me and Roger Federer in Melbourne!

2. Visiting Ramsay Street
I was obsessed with Kylie Minogue in the 1980s (still am actually) so to visit the Neighbours set was quite amazing. Of course the name of the street is actually Pin Oak Court but we got our photo there in “Ramsay Street”. Neighbours Tour. 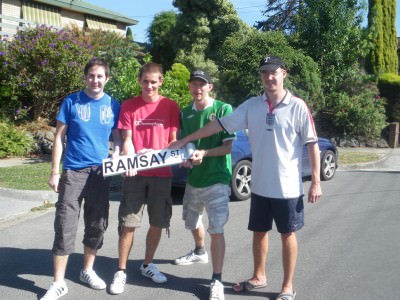 Ramsay Street with the lads!

3. St. Kilda Beach
I loved the area around St. Kilda and I stayed in the Home Hostel there (recommended by the way). Plenty of cool bars and restaurants and of course a quality beach. 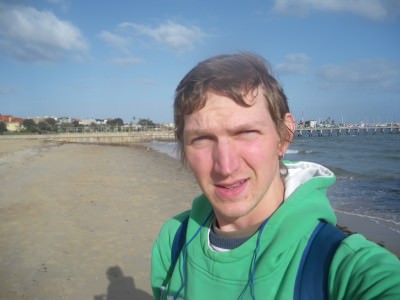 4. Karaoke Night 😉
OH that famous night that I won the karaoke competition in Melbourne by dancing and singing to the Jarvis Cocker and Pulp song Common People. A crazy night on a fab pub crawl. Read all about the crazy pulp karaoke night.

Singing and winning the karaoke competition on a crazy night out in Melbourne!

5. Eureka 88
At the time I read that Melbourne’s Eureka 88 was the tallest building in the Southern Hemisphere. I have no idea if it still is but I headed up to the top to admire the views over the city. Amazing. 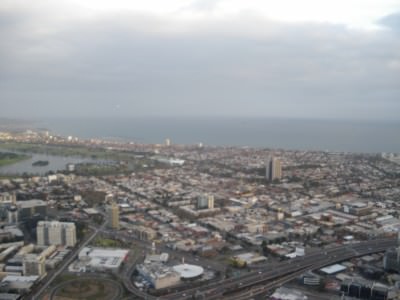 After Melbourne, we decided to hire a car at Melbourne airport through DriveNow and then we headed onto the Great Ocean Road trip before getting the ferry to Tasmania…

Here is a video from the karaoke competition on that crazy night:

6 thoughts on “Backpacking in Australia: My Top 5 Memories from Melbourne”