I was certainly a latecomer to backpacking in India. I avoided it on my trips so many times, whackpacking the likes of China, Bangladesh, Afghanistan and Myanmar all before I visited India. India in 2016 became my 141st country to visit. Therefore India doesn’t feature at all in my Backpacking Centurion series, which only focused on the first century of countries on my journey. Not in Volume 1, Volume 2 or Volume 3. Officially I had stopped over here in India before though – at Mumbai International Airport. 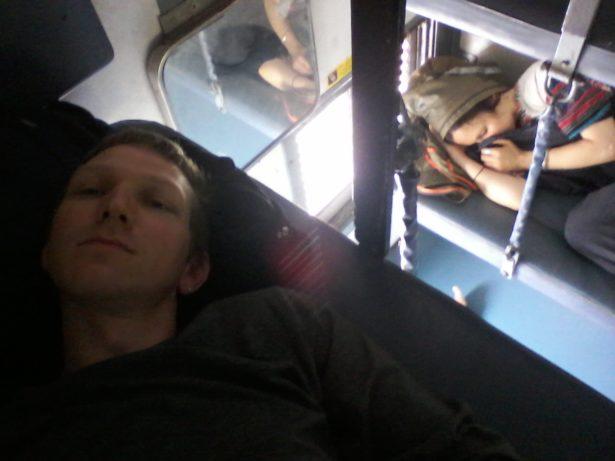 After visiting New Delhi, Ahmedabad, Mumbai and a week or so in Hippy Goa, I wound up in Hampi. Hampi was a countryside chill out zone in central India. I was here with Ilona, my Polish artist friend. We chilled out here, toured a few temples and watched sunsets. In Hampi we had to decide where to head next and I initially wanted to go to Bangalore. It seemed like it was halfway between Hampi and Chennai, but actually Bangalore was more of a southern diversion when I checked it all out properly. 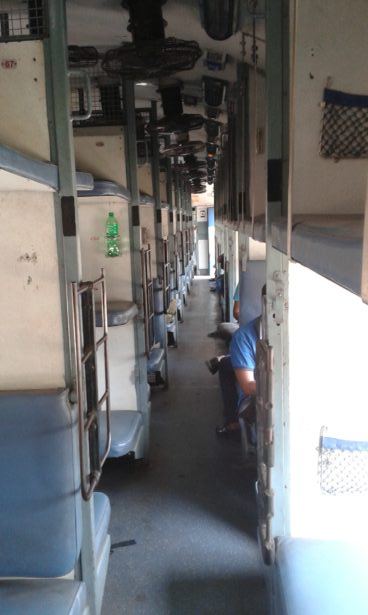 Backpacking in India: Hampi to Hosapete to Chennai Night Train

It would have completed a crazy journey for me if I had gone from Bangor to Bangalore. Bangor is my Northern Irish hometown and all of its letters appear in the Indian city Bangalore. I did find a Bangalore to Chennai flight at one point, as we knew we would end up in Chennai. The reason was that Ilona had a flight out of Chennai pré booked, and I wanted to head to my town… Port Blair! Yes I concocted the idea to visit Port Blair on the Andaman islands. 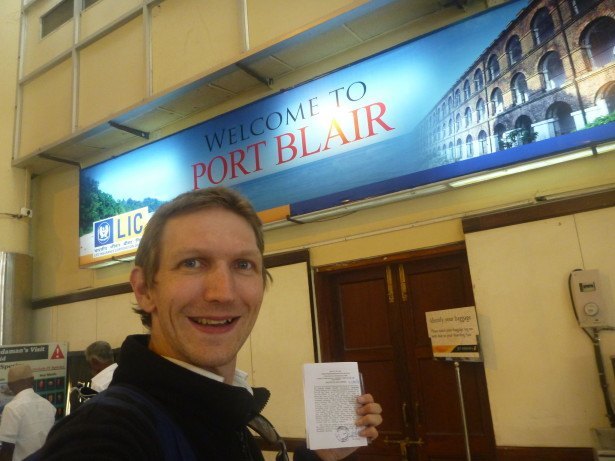 However, the train times were too rushed to do Hampi to Bangalore and then Bangalore to Chennai. We wouldn’t have really had any time to see Bangalore and it was a pointless stop over then. So instead we booked a long and gruelling night train from Hampi all the way to Chennai on sea. Yes, Chennai is a coastal city on the east side of India and was to be the place that Ilona and I parted.

Once we had the tickets booked, we knew we had to get to a train station called Hosapete – we had no idea where it was but we got there. We had a long and bumpy tuk tuk ride from our excellent hostel at Virupapuragaddi – Mowgli Guest House from Hampi through the darkening countryside to the city of Hosapete. 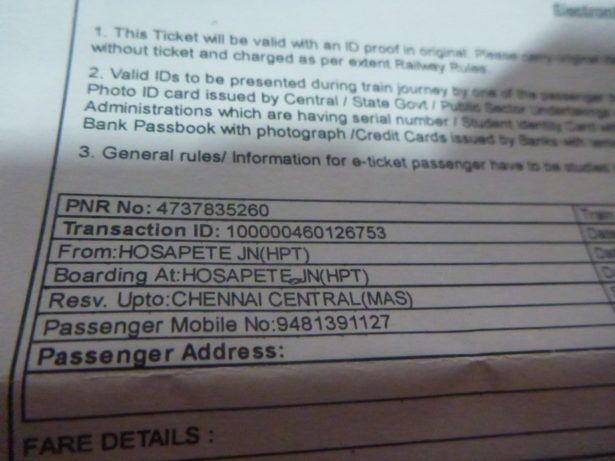 We boarded the train on time in the heat, and got our beds for the night. We were in sleeper class so we had a bed, but just the basic fold down one in a totally open cabin/wagon. Although I usually like night trains and love train travel, Indian trains are dirty and less about experience, more about just getting there. The dream was just to get to Chennai. We were on board and the journey began before midnight. Also, a saving grace for Indian trains are the on-board meals. These were simply excellent. Ilona slept opposite me. We dozed on and off to sleep.

We arrived early morning into claustrophobic Chennai ready to face the mayhem of this beast. We checked into our hostel – the excellent Elements Hostel but we had done it. We had arrived safely in Chennai. It might have been slower than a bangalore to chennai flight but it was worth it.