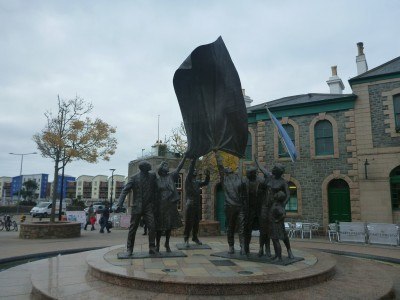 It was a welcome and sentimental return to the island of Jersey recently as I headed to their capital city, St. Helier for a weekend. I stayed overlooking the sea, at the Ommaroo Hotel and I toured some of the sights I had missed out on during my first few visits to this mini island state. Of course there’s loads to do on the entire island, but my adventures to Jersey have so far taken me to St. Helier and St. Lawrence only. 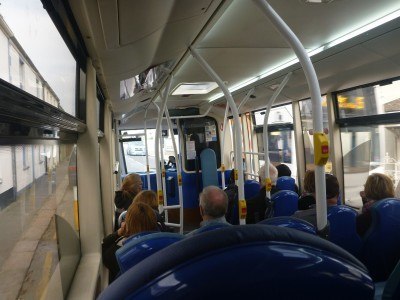 On the bus in Jersey between St. Helier and St. Lawrence

What is Jersey?
Jersey is one of the quirky “Channel Islands”, and the largest one. Some people I’ve met on my travels have never even heard of the Channel Islands. They’re a bit of an enigma – one of those are they a country or are they not? With the Queen on the banknotes and the nation’s star footballers playing for England down the years (Matt Le Tissier – GUERNSEY and Graeme Le Saux – JERSEY) then those that do know about them assume it to be part of the U.K. But tax wise, passport wise, government wise it’s not. They even have their own banknotes here, including the legendary £1 notes. 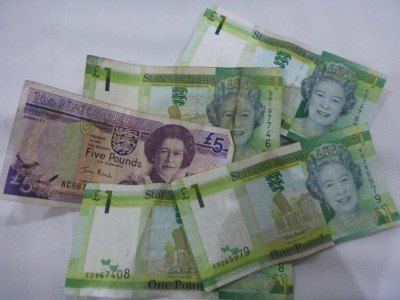 However, Jersey is not part of the United Kingdom, and has an international identity separate from that of the UK, it should be viewed as a separate country. Despite this, the United Kingdom is constitutionally responsible for the defence of Jersey. Jersey has a separate relationship to the British Crown and Monarchy than Guernsey, Gibraltar and the Isle of Man. Jersey is within the Union as a European Territory for whose external relationships the United Kingdom is responsible. Jersey is not fully part of the European Union and locals have their own passports, but it is treated as within the European Community for the purposes of free trade in goods, making it a tax free haven for many. 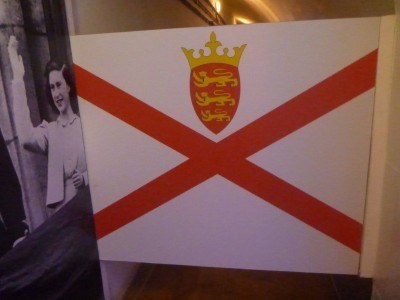 The flag of Jersey

When I worked on the ferries here in 2009, I visited Jersey manys a time. Those trips to Guernsey, Jersey, Sark and Herm were brilliant, but no thanks to an ex-girlfriend, I lost most of the photos, which made it extra nice to go back and get some video and photographic proof that I have really been here. I was here with my mate Austin on a lads weekend and as we reminisced and toured the city’s bars, I finished ticking off the key sights of the capital city – St. Helier with a side trip out to St. Lawrence. These are a decent first five sights in St. Helier and St. Lawrence. 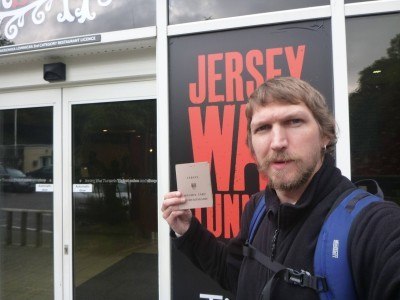 1.Elizabeth Castle
You can’t miss this castle on your way into Jersey by ferry and you should make the trip out to it. Built on a rocky islet in St Aubin’s Bay, Elizabeth Castle defended Jersey for more than 400 years. The castle is accessible at low tide by foot or the castle ferry. I walked it. As of November 2015, there is a steep price of £10.50 entry for adults, but worth it as a one off. 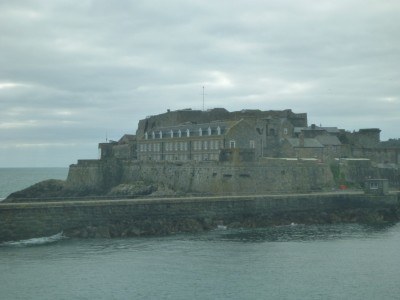 2.Jersey Museum
There are a few museums in Jersey but the main one is based in St. Helier, close to the docks and the city centre. It also features an art gallery. There is a Jersey pass that gets you access to 4 for the price of 3 these days. I visited back in 2009, you only need 1-2 hours maximum to see this place. 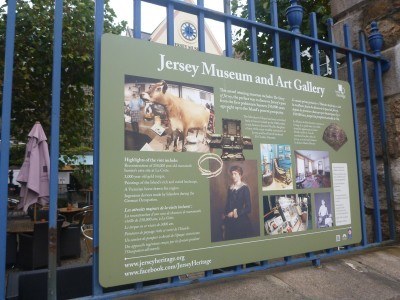 3.Peirson – St. Helier’s Oldest Pub
I always love to find out where the oldest pub is when I visit places like this. Jersey has a pretty intense drinking culture, there are pubs on almost every corner of downtown St. Helier. The Peirson is quaint, old fashioned and poky and if I believe what I’m told, it’s the oldest pub in St. Helier that is still in operation. 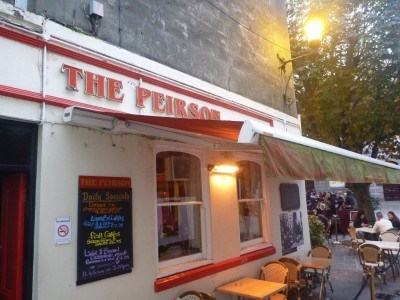 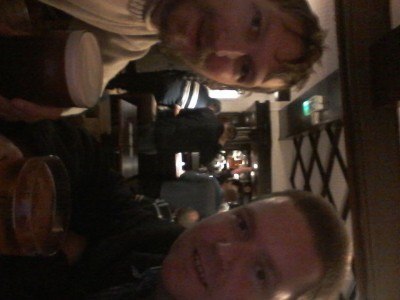 Austin and I in the Peirson Pub – yes, I’ve tried turning the photo round!

4.Nigel Mansell Collection
Racing drivers will remember the legendary Nigel Mansell, a British racing driver who won the 1992 Formula One championship. After retiring, he opened up a cool car shop and centre here in Jersey and it now houses a museum of the Nigel Mansell story. You can see ex-formula one cars, Nigel Mansell memorabilia and learn the story of this professional driver. It’s on the edge of St. Helier on the route de St. Aubin. It’s £10 entry. 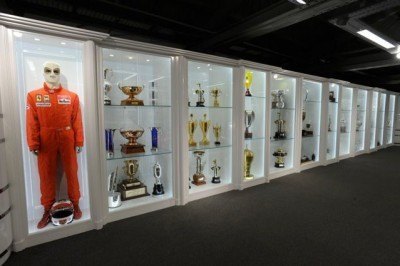 5.Jersey War Tunnels
Head out to St. Lawrence for the insightful Jersey War Tunnels experience. I have visited these underground tunnels in both Jersey and Guernsey and they detail the siege of the Channel Islands during the Second World War, when the Germans invaded and many Channel Islanders were shipped to mainland U.K. for safety. 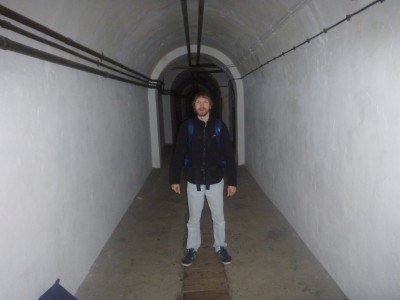 In the Jersey War Tunnels.

Again there is a charge to enter and it’s £11.50 for adults. I have to say it’s definitely worth it though. 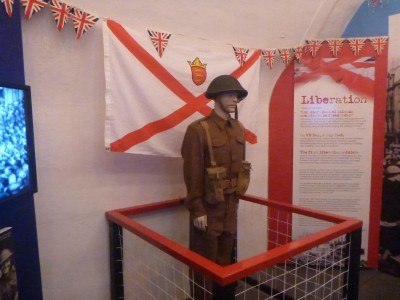 Inside the Jersey War Tunnels is a full history of Jersey during World War 2, there are prison cells, underground air raid shelters and bunkers and the remainders of the underground hospital. Spend at least two hours in here. 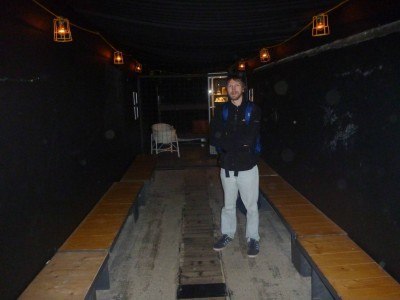 In an air raid shelter

In terms of getting to the Jersey War Tunnels, get a number 8 or 28 bus from the main bus station in St. Helier. 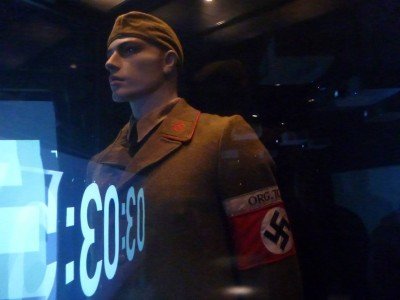 In the War Tunnels in Jersey

I didn’t visit the beaches or any other museums in my times touring Jersey, but lots of people go to Jersey for these reasons, as well as the duty free goods of course! 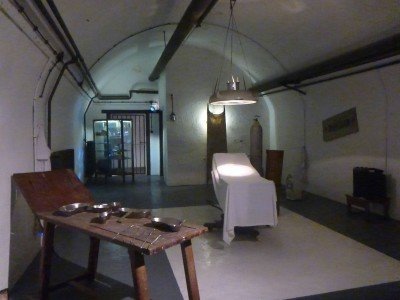 Here are some of my videos from touring St. Helier in Jersey:

3 thoughts on “Backpacking in Jersey: Top 5 Sights in St. Helier and St. Lawrence”