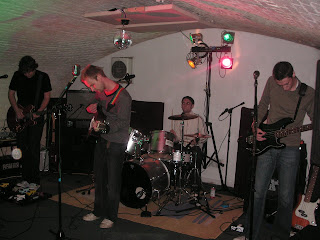 That Time I Managed a Rock Band Called The Waves

The era of music I grew up with was Britpop. I loved Oasis and that’s the sort of music that makes me tick. I love it. Guys with proper tunes, proper enthusiasm, guitars, melodies, catchy choruses etc. In 2005 I was working for Bournemouth Borough Council for the second summer in a row on their ‘Seafront Services’ section. This basically meant I was selling ice cream. I met some amazing people through that job, plus that’s where I met the genius of Ben Paulley. This young man will strike you as being a modest genius, without even stretching either word to any fabricated extent. While selling cheeseburgers Ben and I used to joke around with customers, staff and even sink the odd pint on a 15 minute tea break just so we could be arsed to work. (Kind of). Ben made it known that he was in a local rock band called ‘the waves’. I was already intrigued. On boring days at work we would have football and music quizzes. I just wanted to hear ‘the waves’. It just sounded like the name of a band that gave a fuck and could do an audience over on stage. Plus my mate Ben was lead guitarist and songwriter. My first ‘the waves’ gig was August 2005 in Mr. Smith’s, Bournemouth. The crowd I hung out with in those days included Charlie Messenger and Gary King. Two English lads with the identical loves to me: music, football, beer, ladies (in any particular order depending on circumstances really). Of course we had varying tastes within those loves, but one thing we established was that ‘the waves’ were the best band we’d seen since Oasis. That first ‘the waves’ gig was to be the first of many as I became obsessed with their music. 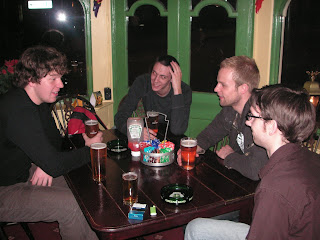 The band was fronted by the excellent James Corbin, who was backed up by Ben Paulley on lead guitar, Andy Galliers on bass and Ryan Glover on drums. Ryan had already sampled some fame, having been a session drummer for Kasabian and also coming from a family of drummers. The band meant business, they had the tunes and were great lads to hang out with. I went to every gig they did since the Mr. Smiths one, taking photos and just really chilling and enjoying the music. I have three of the gigs on video, which I treasure and will have to get onto DVD somehow to encapsulate how good the band actually were. 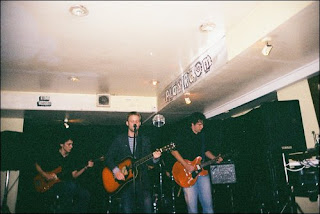 The song which immediately stood out for me was ‘Something to Shout About’, it rocked along in some kind of youthful fighting spirit which was basically in my opinion the band saying “we’re here, come and give us a listen.” It knocked every other chart song in 2005 into oblivion, vocally, musicly, lyrically and the overall message. I’d be caught two years later in New Zealand singing the line “Fools walk the heavens that I’d never seen, maybe that’s what we need” on a bus to tourists who agreed it was a top tune. It deserved to be heard. I love that song. 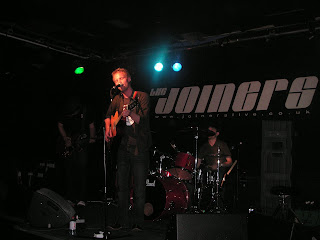 Then there was the dreamy ‘Lonely Cloud’, which Ben always described as “that’s our Champagne Supernova”, and for the most part it was, a lighters in the air moment, which graced the setlist only when the scene was right. Other songs would come and go in the sets and I loved all the songs. I totally fell in love with a song called ‘Kaleidoscopes’, a gem which Radiohead, Manic Street Preachers and Embrace would gladly add to their back catalogues. But they can’t. It’s a ‘waves’ song and what a song. Based largely on a relationship break up, James sings “I can’t belong here alone inside of you”, before realising “every night kaleidoscpoes are spinning in my head and I don’t know if I can go on with you by my side.” Superb poetry in motion sang eloquently over a guitar and ensuing drum beat. ‘the waves’ weren’t just any band. Nobody could knock them. 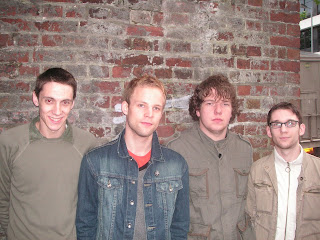 I never openly said I would be their manager, it just sort of happenned. I wanted the best for the band. I wanted them to be recognised for what they were. I started doing fliers for gigs and handing out demo CDs at gigs, as well as building up some music and media contacts and started a mailing list. Andy and Ben had set up an official website and a myspace page. It could have been something. It should have been something. Every gig we played a good gig. Every gig was impeccable. I could find know faults, even when asked by Ben what we could do better. I loved it all and thought not only was the band this good they were my mates. I wanted to get them a record deal. If my job as manager was to get ‘the waves’ a record deal I failed miserably. We had a lot of fun on the way though. Looking back I had two jobs, a university course, a football supporters club to run as well as a busy social life, so it was a hard task to bung it all in. I did the best I could. I loved it and I loved ‘the waves’.

We did some random gigs and enjoyed ourselves. We played a low key bar in London’s Baker Street, rocking the socks off a place with less than 20 people there. We banged acoustic sessions in Klute and The Portman. We turned up at a Comedy Club, we even did a gig in support of AFC Bournemouth (my football club of choice which has now succumbed into receivership). The gigs were wide and varied. We changed the set list a lot as well. I wouldn’t really have any input into that sort of thing, just let the band get onto it. I often requested ‘Something to shout about’ but it didn’t always make the competitive set list. One thing that I always tried to get was loads of mates and loads of people to come to the gigs. This often didn’t work with people’s busy lives and sometimes I’d drive myself down to a gig, stay sober (against my usual attitude) and do some PR for the band. We also built up rapports with other local venues and bands, with Southampton Joiners becoming a regular haunt. I still love that venue. I truly believe and stand by my claim that ‘the waves’ were the best band in the world. I told a slight lie though, Oasis first, ‘the waves’ second…

Then in June 2006, there were a few band disagreements and Ryan, Ben, James, Andy and myself all went our separate ways in life. I got a job up London, Ben has just released an excellent solo album (which Ryan drummed on) and I hope Andy and James are out there with some fond memories.

To quote James Corbin “but we’re walking through walls, fighting our cause, changing the scores and I feel nothing but love…”