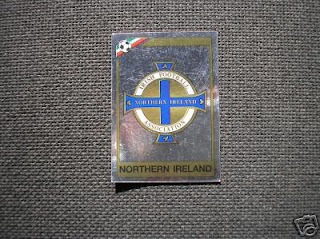 Actually a bit of a sad story this one…I did indeed first get into football in the 1986 World Cup. Northern Ireland had qualified again, and my Dad had managed to go to a few of the matches in the previous 6 years or so, including buying me a programme for the 1-0 win over West Germany and getting me goalkeeper Pat Jennings’s autograph in a Belfast coffee shop around 1985. One day my Dad brought me home a MEXICO 86 Northern Ireland scarf. I was in love and I still have the scarf to this day. Even tonight we play the Czech Republic at home, but I won’t take the scarf and I haven’t taken it for years – its’ too precious and I won’t have it getting stolen or lost, especially given what happened to my completed MEXICO 86 Panini Sticker Album. 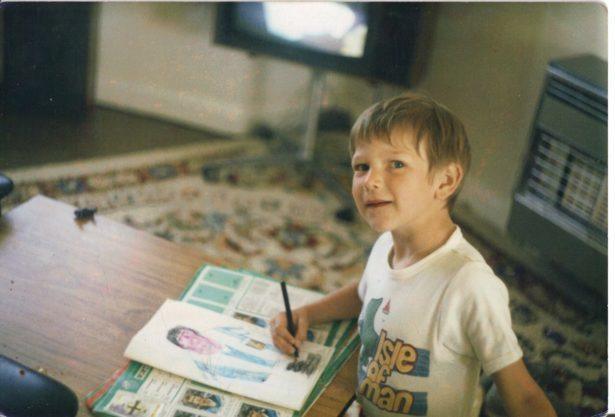 I was only 6 at the time, but I was a keen collector of the Panini Stickers and had completed the Football League 86 album, where I used to pick out the Northern Ireland players on each page. By June 1986 there was a bit of a buzz round school as we all loved Norman Whiteside and we were due to play in a World Cup match!! It was unbelieveable looking back now, and in those days nobody bought, owned or could afford football tops. (Give it a few years and it would all change). 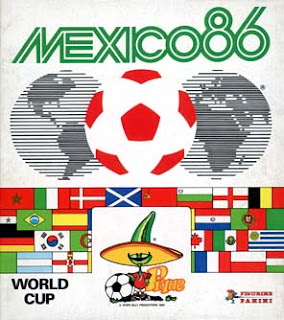 My cousin Alison went to Harding Memorial School on the Cregagh Road in Belfast and she used to swap sweets for stickers for me, as she knew I collected them! I thank Alison immensely for that and one day she had gotten me the Northern Ireland shiny. Anyone who has ever collected stickers will know that the shinys are class and everyone wants them. I even remember swapping about 8 Brazilians for the Northern Ireland shiny (I wanted about 4 of them!!) at one point. Anyway the story of our World Cup matches will be relived again on another post but this is all about the Mexico 86 Panini Sticker album, which I collected and went to bed with at night. I completed the Northern Ireland team first, obviously as I’d be swapping to make sure I got them all, and then very soon I had the entire album completed (I had to write away to get the last 50 odd stickers) and I was so happy. For the next 4 years or so I always used to read the album, I had filled in all the scores and knew all the players. It was my album, a part of me and I loved it. I used to draw pictures of Whiteside and Maradona! And then… 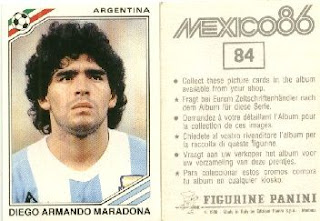 Somehow I lost the album or it was stolen. I don’t know how, why, who by or where it went, but by 1991 I no longer had the album. It was completed by me, with all the stickers and all the scores filled in, yet I had lost it. I was gutted and looking back I’m very upset about it. I could of course get some money go onto eBay and buy one, but it will never be the same, that was my Northern Ireland at Mexico 1986 World Cup Completed Panini Sticker Album. I spent countless days wondering who the fuck Terry Moore, Jan Ceulemans and Yannick Stopyra were and now I can’t check my Mexico 86 album to find out. I fell in love with the Northern Ireland national team in 1986, and in love with football. I’ll go to watch us play tonight at Belfast’s Windsor Park in a World Cup match, but I’ve lost my completed Mexico 86 Panini Sticker Album. If you find it or have it, please give it back to me. I miss it “like a desert’s missed the rain.” Come on Northern Ireland We’ll Support You Evermore.

These were the days: