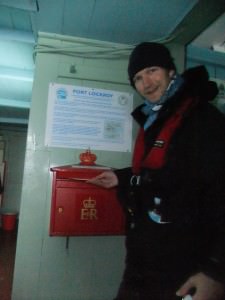 Posting a postcard at Port Lockroy in Antarctica.

If you follow Don’t Stop Living, you might have read that I write and post my youngest brother a postcard from almost every new city and country I visit. If I can’t find a postbox or post office, I just wait until the next town and then post it. My favourite postcard memory so far to my brother Danny was posting a postcard from Antarctica at the British Base of Port Lockroy. 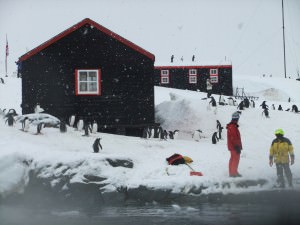 We arrived at Port Lockroy after a quick trip to Jougla Point and I was ready to explore this British Base in Antarctica. After a walk round the museum at Bransfield House and getting a few photos, I headed to the shop which doubles up as the world’s southernmost post office. I bought some stamps which had the Queen’s head on them, were Antarctica stamps and I paid in British pounds! Amazing. They say on them British Antarctic Territory. 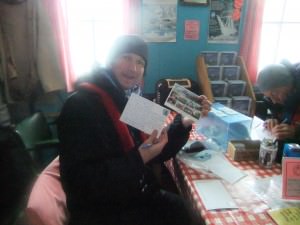 Writing my postcards at the Post Office in Port Lockroy, Antarctica.

Then in a room next door there is a table where you sit down and write them. I also posted one to my flatmates in Australia, my workmates in Australia and my mate Steve in New Zealand (plus one to a girl who is not worth the breath anymore). 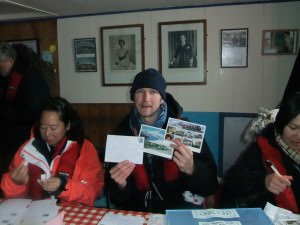 With some of my postcards at Port Lockroy, Antarctica.

The sheer madness of it all – being in Antarctica and then sitting down writing a postcard. Then posting it. Just another great travel moment. I urge you all to start posting postcards – my brother now has around 150 postcards, all posted by me from over 50 countries round the world. 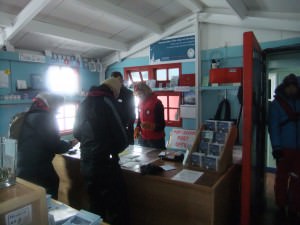 The post office and shop at the British Base Port Lockroy in Antarctica.

It was also on remembrance day (11th November 2010) so my trip to Port Lockroy had an extra sentiment to it. I loved it. 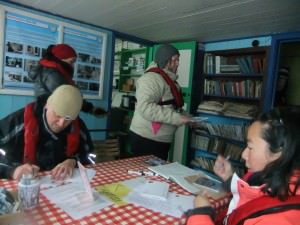 My ship mates writing and posting postcards from Antarctica at Port Lockroy. 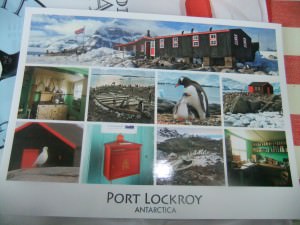 A postcard from Port Lockroy – the world’s southernmost post office.

As I paraded with my Northern Ireland flag at the entrance and by the flying UK flag (Union flag), I sat with penguins just marvelling at the epic white background. 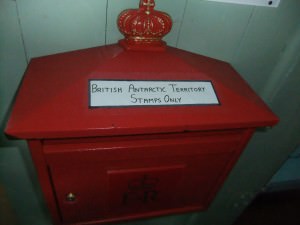 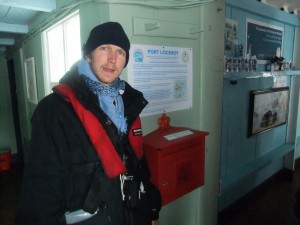 By the post box at Port Lockroy, a British Base in Antarctica. 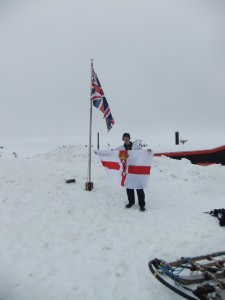 Flying the Northern Ireland flag in Antarctica at Port Lockroy by the British flag.

Moments like this don’t last forever and we were soon back on the ship again. I’m glad that I can add posting a postcard from Antarctica to my travel stories. Safe travels one and all.

Here are a few of my videos from Port Lockroy:

9 thoughts on “Posting A Postcard From Antarctica at Port Lockroy”