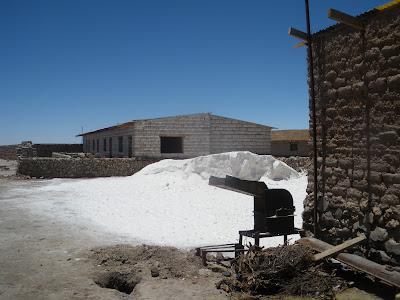 After the impressive “train cemetery” (Cementario des Trens), the next stop on the Salar de Uyuni tour was at Colchani. It’s a very tiny village of only a few streets and a few low buildings, but it’s significant… 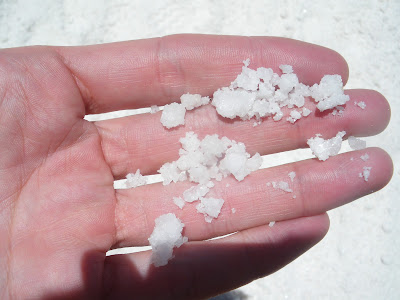 For SALT!! Yes, here, in Colchani on the edge of the Salar De Uyuni salt plains is where the salt is extracted, refined, packaged and later distributed. We were lucky to see the whole process and got a guided tour. The videos I took below show some of the process. 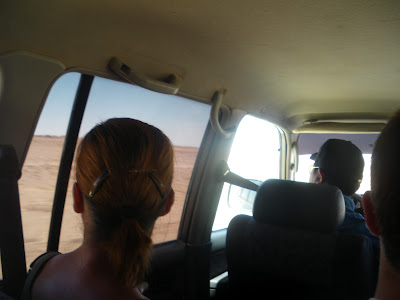 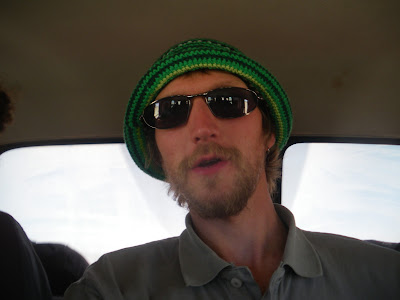 Driving to Colchani. On our 4×4 Jeep. 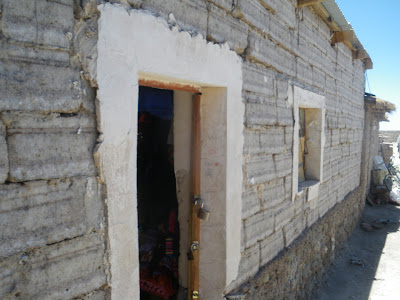 Arrival at Colchani – buildings made of salt – this the entrance to one of them. 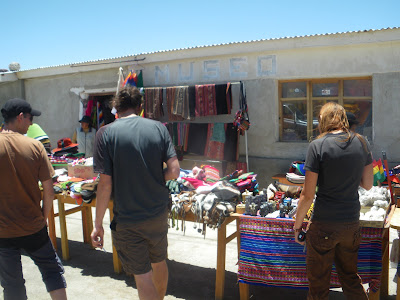 As with most touristy places on my travels, it wasn’t free from the “commercial” aspect – many gifts were available to buy. 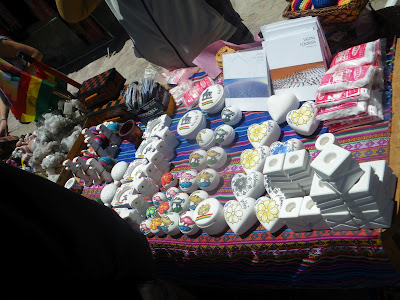 Most of them made entirely from salt. Pretty impressive, but traveling light and with many adventures ahead, I was hardly wanting to make my bags heavier… 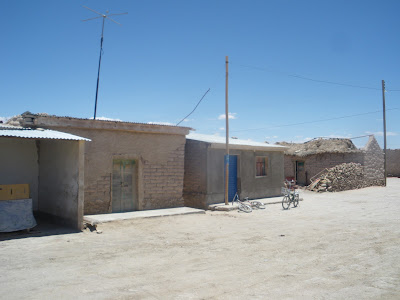 Downtown Colchani. Where it’s at in this village. How the locals live. A bicycle, some salt and a very small, basic dwelling. They must do alright money wise due to the salt industry, most of these locals know of no other life… 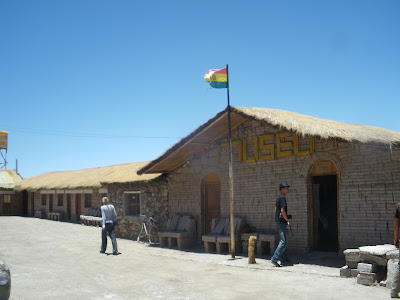 Nice to see a proud Bolivian flag flying high – albeit in the town’s only museum – goodness the Bolivians have been through a lot – they lost their coastline, they are the poorest country in South America yet they retain such beauty and pride. 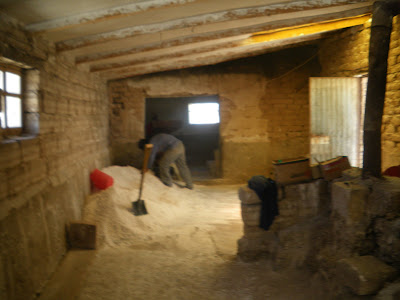 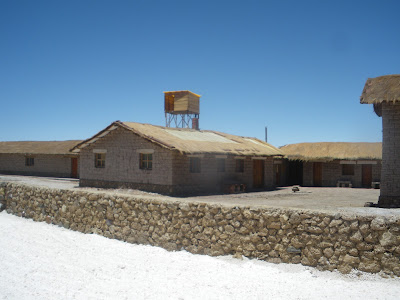 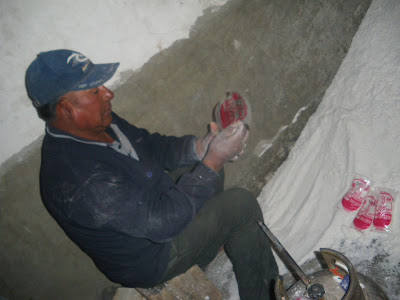 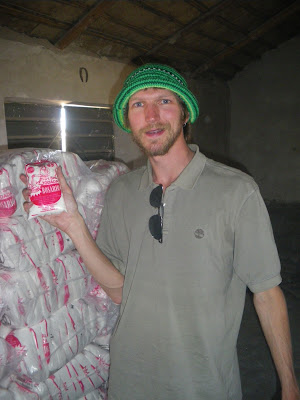 Me with a bag of fresh salt. 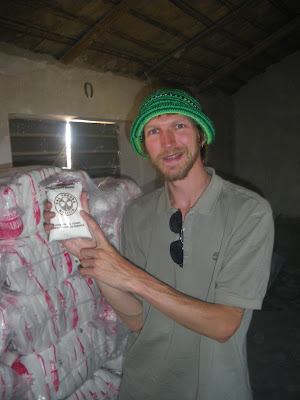 With a bag of fresh salt, made in Colchani I should say. 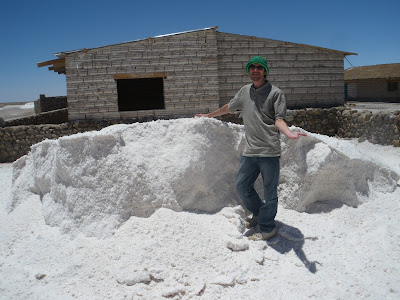 Not in Antarctica anymore – the heat was a giveaway that it’s salt not snow. Has the same look as Antarctica though. Odd. The salt tasted good – so natural. 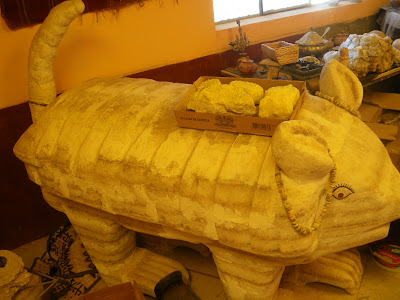 A pig made of salt. 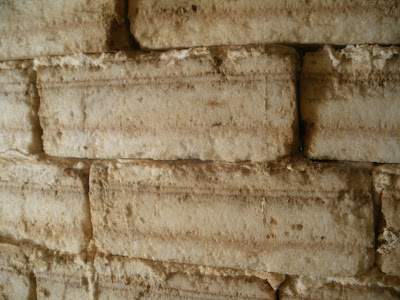 Bricks made of salt. 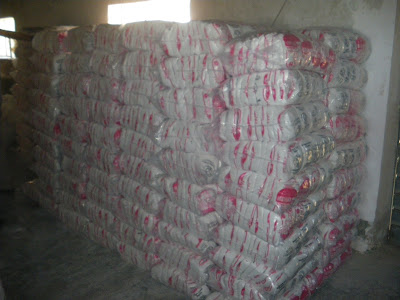 Next delivery of salt to be distributed round the world. 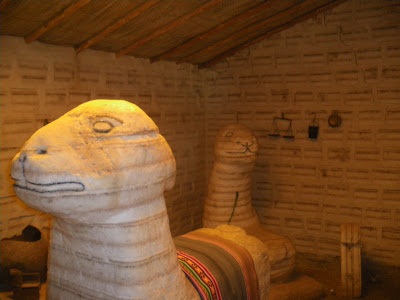 Another room of salt sculptures in the tiny museum. 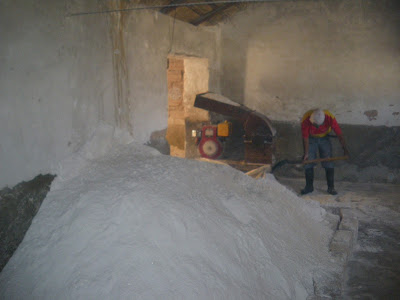 It is the first and only time I’ve seen a salt extraction process, and a very pleasant experience. Well recommended this tour – and this was only the first day of the tour!
From – Uyuni
To – Colchani
Population of Colchani – 611 (apparently)
Main Businesses – Salt Refinery, Tourism
Key Song –
SALT ‘N’ PEPA – PUSH IT:
Videos I Took –
DRIVING TO COLCHANI:
DOWNTOWN COLCHANI!:
SALT EXTRACTING IN COLCHANI:
BAGGING SALT IN COLCHANI: