“Everything is out there.
And there’s no limits out there.
We could be reaching out for anything if we try enough.” – Tunde Baiyewu 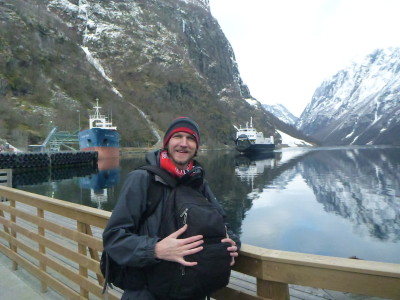 Sunday’s Inspiration: We Could Be Reaching Out For Anything if We Try Enough

So the journey continues and I’ve a lot of people to thank for it. It wasn’t the end of the road. There was no “hanging up my backpack” and becoming a sheep farmer in the Hebrides. As much as I fancied munching more haggis. What there was was a rejuvenated Northern Irishman who forgot the reasons I travelled in the first place – the love of it, the diversity of it all and to ensure that I never get bored. Everyday is an adventure. There are no repeats. And even when there are, things are never quite the same. You can have it all my friends. The big world out there. It’s yours, it’s mine, it’s to be explored.

“You don’t start a revolution sitting in a rocking chair” – Nobody said it, I changed the words from another quote 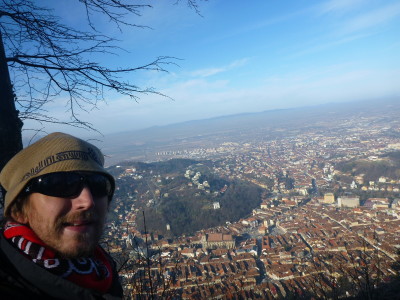 With a paper and pen (together mightier than the sword let’s not forget), I crossed the border by train from Sweden into Norway. It was a reader vote thing I compiled in September, getting you to choose my destiny. It meant touring the Baltics, Scandics and Nordics until I arrived in Norway. It was my 99th official real country and all was good. 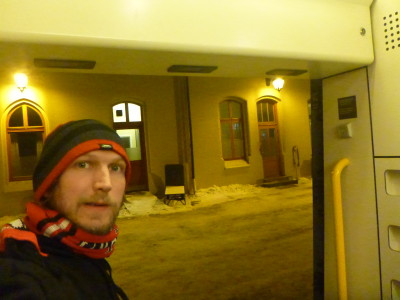 Arrival in Norway country 99 on the journey.

Workwise, I got nothing done. I couldn’t respond to emails 24 hours a day, I couldn’t look after those other websites I’d set up. I couldn’t pay people or be paid on PayPal. So apart from logging on in some hostels and hotels, I was cut off. I didn’t like it to be honest, I hated it. But I chilled out. I probably spent more money than normal. I slept more than normal, even having an afternoon kip one day – I never do that! When I’m on my computer I save and make money. When I don’t have it, temptation to go out and spend money is there. I had just one lonely beer on my first night in Oslo though. I chose a 6 Euro glass of Frydenlund Pale Ale in the Scotsman Pub. 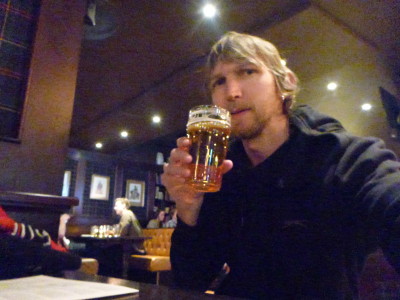 Cheers everyone! Having a beer in country 99 just a few hours after arrival.

I just sat on my own. I messaged my Mum and Panny and that was that. No wild crazy celebration but I was still proud of the count. It’s not about the count though – I don’t just clock up new countries for the sake of it of course. If I did I wouldn’t have made repeat visits to 13 countries last year and 5 repeats already this year. It’s about the journey and the experiences. But you need to have some milestone. You don’t say “this is my 1000th conversation with a local person” or anything but to have a figure of 99 felt good. I used to sell 99s on Bournemouth Beach. 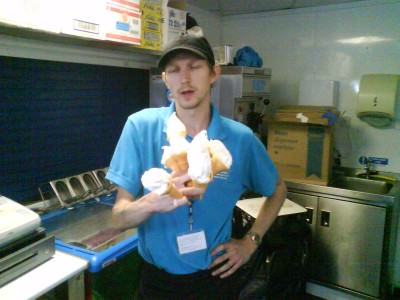 My dream was to visit all 7 continents by the age of 30 which I did, my next dream is to visit 100 countries before I turn 35 and I now have 6 weeks to spare so I can actually relax, get some work done and continue to write. It’s not game over, far from it. I got knocked down, but I got up again and I motor on to that century. But you have to want it and desire it and work hard and you’ll get it.

So with 99 countries explored and 8 or 9 debated countries on top of that, the next logical mark would be to crack the century. So once I get my website back in order, try and recover those 47 chapters of my storybook, get my passports renewed (they’re full), get some visas and flights sorted, I’ll be off again and it will be Africa next. It had to be really – 5/55 countries in Africa visited. Just two trips to the continent and less than 2 months of my life spent in Africa. A poor showing on my part. I’ll also take a month off alcohol as my body needs it. 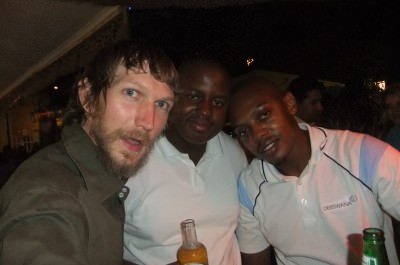 Partying in Gaborone, Botswana. I’ll be back in Africa for country 100

The light shines on and the journey continues. We just don’t know where yet but I’m aiming to visit two new Micronations on route to my 100th country (1 of which will be Austenasia). Thank you for your support and continuing to inspire the dreams we share.