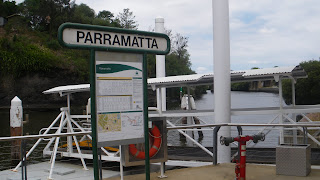 Ask me a year ago if I knew where Parramatta was and I’d not have had a clue. That’s why life is so unpredictable, and now I’m living in a city called Parramatta, in New South Wales, Australia!! Parramatta doesn’t even appear on most maps of Australia. It’s hardly part of Sydney, though some class it as a “suburb”, but to be fair its a city of its own, has its own council and while living here, Sydney seems miles away. Though the train and bus connections from Parramatta and Sydney are excellent, and the buses run 24 hours. So here I am in Parramatta! How did I end up here and whats the craic with it? 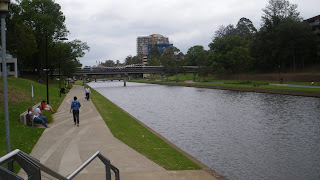 I only applied for one job in Australia, it was partly planned and partly random. Before I arrived in this land down under I had thought it would an excellent idea to work in an Irish pub down here. I had been aware the Australians like a drink, and also that Irish bars are normally missing that one key ingredient – staff from the Emerald Isle. Only one pub shot out at me when I searched online, and i didn’t even check where in Australia it was or anything. It was an Irish Pub called PJ Gallagher’s. It had its own website and looked like a quality place. 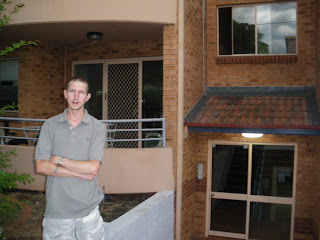 It also had contact details and I got in touch with the management saying I was coming to Australia for at least a year on a working holiday visa and I was keen to stay in bar work (3 of my last 4 jobs in England were in bars). They e-mailed back and I kept touch until the day I actually arrived in Sydney. The company PJ Gallagher’s own 2 main bars in and around Sydney, as well as the Union Hotel in North Sydney. It all happened very quickly… 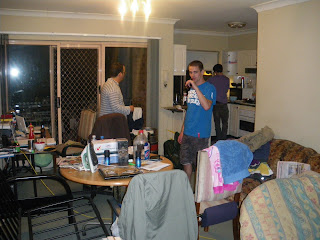 As soon as I arrived in Sydney, I e-mailed Angela Gallagher (who I had been in touch with) and told her I was here and ready to come and visit. She e-mailed me back very quickly and before I knew it, I had an interview arranged on my fifth day living in Australia. I was really very keen on the job, and it was situated in a separate city – Parramatta. So I went for my interview, stayed in Sydney a few more days and then headed to the Blue Mountains. That’s where i was when I heard I got the job. 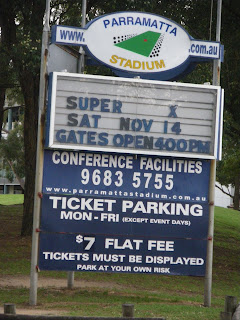 And so I had to find a flat – and quickly. I was due to have an online induction course on the Monday, and so on the Saturday we arranged a viewing for the Sunday night. Through Gumtree website (which I have now used 3 times in life to find a flat!!) I got in touch with an Australian guy called Orrin who was advertising one room in a house in the Westmead area of Parramatta. 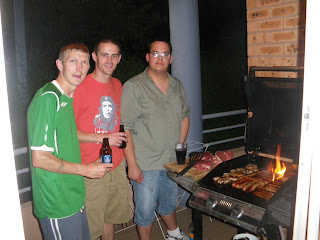 Daniel didn’t have a job but decided to move in with me anyway and look for one. At any rate having a flat was going to be so much cheaper than staying in hostels, especially when one of our previous hostels, Chilli Blue were charging 60 Dollars a night over Christmas. We currently pay just under 60 Dollars a week for our flat! 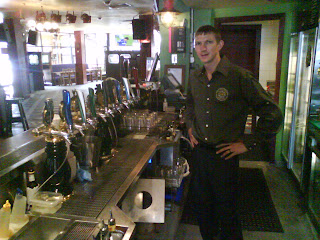 And so that night we boarded the Katoomba – Parramatta train, walking past my new place of work, the elegant PJ Gallagher’s Irish Pub in Parramatta – on the corner of Parkes and Church Street (I’ll mention the pub again and write about it properly in another post). It was then a short walk directly up the Western Highway where we took a turn off down Good Street on the right hand side. Along Good Street, it was a second right hand turn onto Belgian Street. Named after a country in Europe which I’ve been to once (and will hope to go there again someday). We were looking for one of the flats on the street. At first we couldn’t see any numbers, so I called Orrin and he came out. 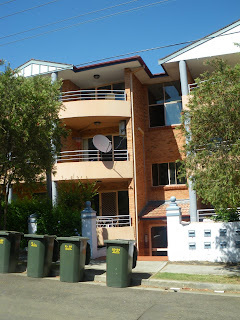 It was then obvious where we were, and the flat numbers were on the letterboxes outside. We took a quick look inside the flat – saw that it had all the essentials (all modern conveniences/mod cons) and said straight away “we’ll take it.” From the outside the flat looked modern, though inside the walls and carpet were old and the flat was a little crowded and worn. However it was easy to make this home! Within 2 days we had left our hostel in the Blue Mountains, moved into the flat in Parramatta and settled into our new home. I also did my online induction and started work in the pub the next day. It all happened so fast! We were Parramattarians… 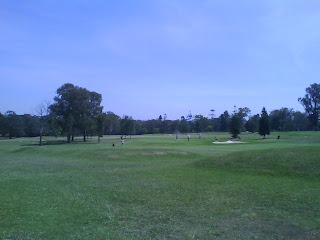 Parramatta is quite a random city to be honest – its full of Lebanese, Indians and Chinese. But yet it still has that touch of Aussieness about it. I’ll go into detail on Parramatta itself on another post. But here I am. Sharing this wee flat behind the golf course, only 25 minutes walk from work and only 15 minutes from Parramatta city centre. After we moved in, Orrin moved out, and since then Peter Verrier (another Australian) has moved in, and my mate Neil has also moved in. There are 6 of us now living here. Until the next adventure begins…!


MEN AT WORK – DOWN UNDER

DOWN UNDER LIVE AT PJ GALLAGHER’S PUB, PARRAMATTA: