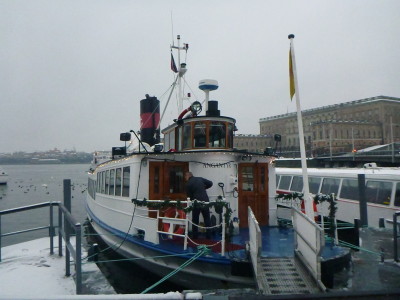 Taking A Boat Tour in Stockholm, Sweden with Stromma and Stockholm Sightseeing

After my time touring the key sights of Stockholm in Sweden by bus it was time for a boat tour on the waters of this city which has allegedly about 50,000 islands in it! I teamed up with Stromma and went on their Winter tour with Stockholm Sightseeing. Our tour was the 10.15am boat, which departed from Stromkajen port not far from the Gamla Stan in the city. While in Stockholm we spent a few nights of luxury at the Lady Hamilton Hotel and a few nights of textbook backpacking in the Hostel Dalagatan. 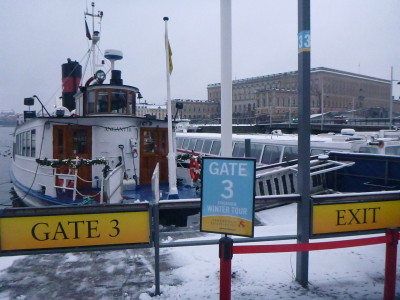 Our tour started at Stromkajen here at Gate 3 at 10.15 am

Only 14 of Stockholm’s islands are inhabited of course, with just under 1 million people living here. It’s a beast of a city and the boat tour gives you a completely different feel for the place than the bus tour. You’d swear it was just a load of buildings and people living on islands. Well yes that’s what Stockholm is. 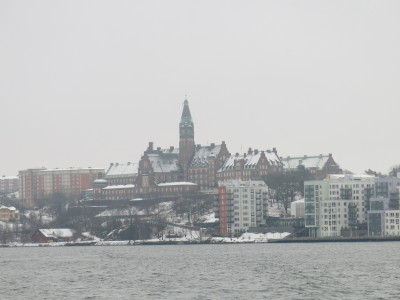 Stockholm is just a load of buildings and people living on islands.

Buying your Ticket
In peak season I’d recommend buying your ticket in advance which you can do via the Stromma Website, part of the Gray Line travel network. You can also buy them from the ticket kiosk by the boat. 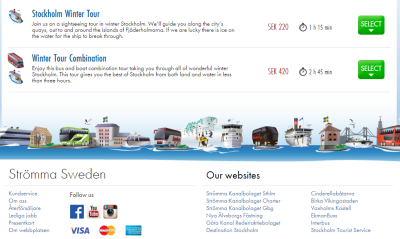 You can buy your tickets easily online on the Stromma website 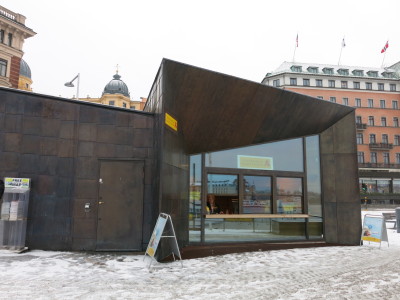 Ticket office by the boat

Boarding the Boat
We boarded at 10.10 am and our guide was Kristofer with Louise working in the bar/cafe. We take our seats in the lounge on the ground floor of the boat and prepare to leave. You get a map to look at as you sail along taking in the main sights. The route is clearly labelled and easy to follow. We left the harbour at 10.15 am. 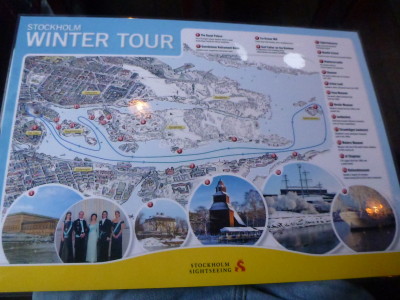 On board map of the Winter Tour

Our guide Kristofer introduces himself and the entire commentary is spontaneous and told by Kristofer, in contrast to the bus tours which are automated – a recording. This allows interaction and you can ask him any questions you want – on the bus tour, you just relax and listen. On the boat tour it’s more open and interactive and ultimately more rewarding. You learn a lot more. 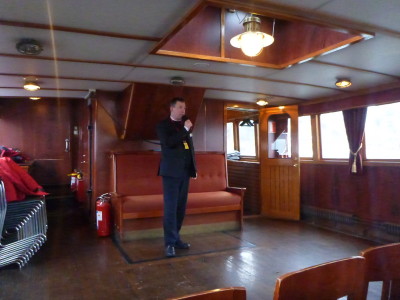 Kristofer our guide for the boat tour

Main Sights on the Tour
I have other articles on Sweden, Stockholm and will cover more elsewhere but these are the main sights which the boat provides a different and decent vantage point from. 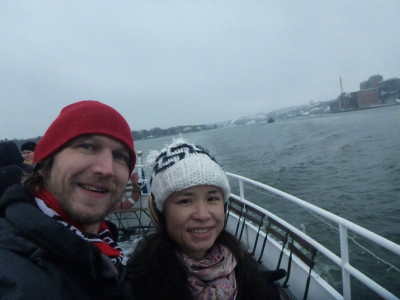 Enjoying our boat tour with Stromma

1. Gamla Stan
We sail past the Gamla Stan, Stockholm’s old town and the first island to be inhabited in the city. Striking views from afar allow the old town to sparkle in the morning snow and mist. 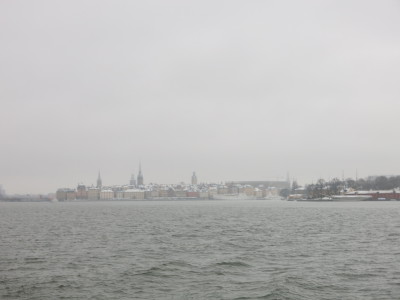 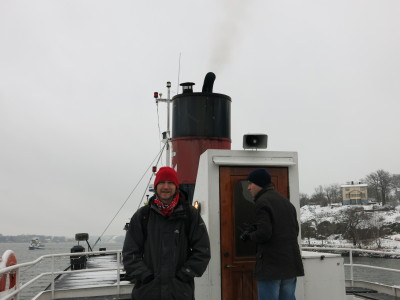 2. Skeppsholmen
Skeppsholmen is the island opposite the Gamla Stan and includes the Asian Museum, the Museum of Modern Art and more notably for backpackers – a boat anchored on the water which is now a hostel as well as another good hostel nearby! 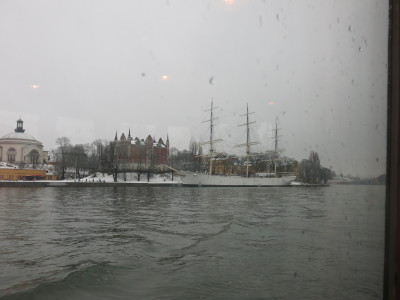 3. Djurgarden
Djurgarden is a much larger island and is the one which features the Abba Museum and the Vasa Museum. It’s on our left as we sail out of the city. 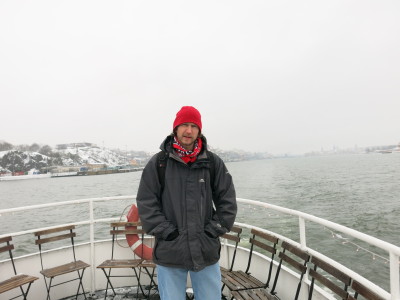 Out on deck sailing past Djurgarden

4. Fjaderholmarna
This is where the Stockholm archipelago starts. By this point, we are further away from the big city buildings and nature is at work. On good days you can see a white tailed eagle, which is almost extinct and the largest bird in Scandinavia. With the snow falling, there is beauty all around and the perfect time to relax out on deck. In the cold winter blankets are available. 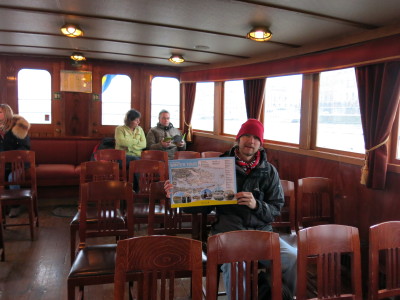 5. Sodermalm
We pass Sodermalm on the way out and back. Sodermalm is an island which is often shortened to “Soder” and is a district in central Stockholm. It covers the large island of the same name (formerly called Åsön). With a population of 99,685 (as of December 2008) it is one of the most densely populated districts of Scandinavia. Although Södermalm usually is considered an island, water to both its north and south does not flow freely but passes through locks. It houses a lot of buildings rising up on deep hills. Sodermalm is connected to its surrounding areas by a number of bridges. 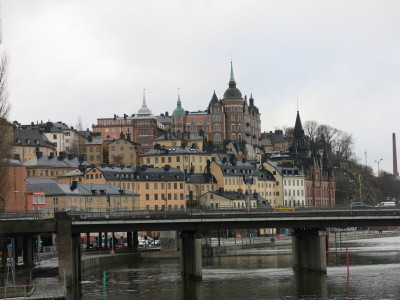 6. Danvikshelm
It might seem rare to mention a building which is basically an Elderly People’s Retirement home but this for me was the most striking and noticeable building on the boat tour. is a in Nacka on the mountain between Henriksberg and Finnbodvagen. 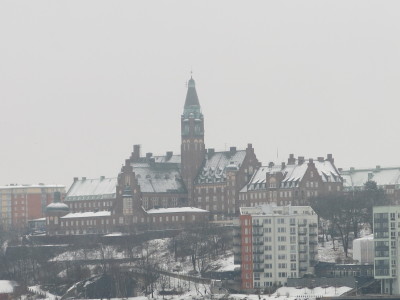 7. Strandvagen Boulevard
Swanky trendy Stockholm has it’s own “Rodeo Drive”, “Oxford Street” style avenue here. A boulevard where the rich live and shop and with glorious architecture to admire, the boat sails close by so you can have a good look at Strandvagen. We also saw it from the bus and had a walk around. 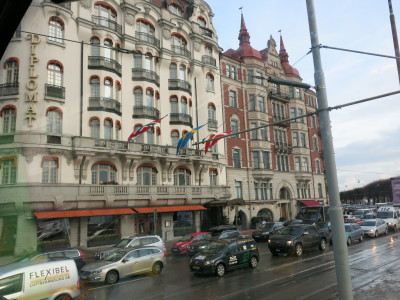 8. Ingrid Bergmann Theatre
As a huge fan of old school movies such as the Alfred Hitchcock thrillers it was nice to see that a theatre here in Stocky is named after Ingrid Bergmann. Ingrid was a highly successful, flambuoyant and charmingly attractive actress from Stockholm. Born in 1915 she acted in films such as Casablanca and Notorious. 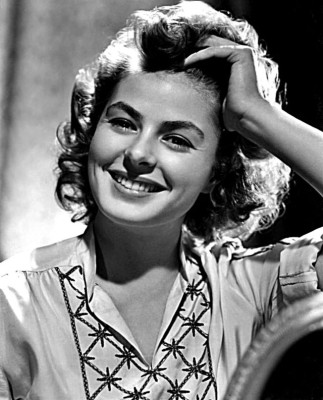 Ingrid was arguably the most international star in the history of entertainment. Acting in five languages, she was seen on stage, screen and television, and won three Academy Awards plus many others in an era before colour TV, CDs and Facebook even existed. I briefly had a flashback to my night with Swedish girl Inga Louise when I lived in London. 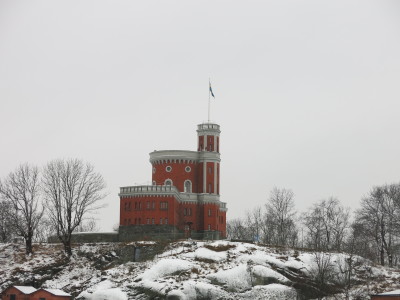 The Bar/Cafe
Swedish winter specials Chickpea soup and Glogg are available on board, as well as a range of beers, coffees and snacks. 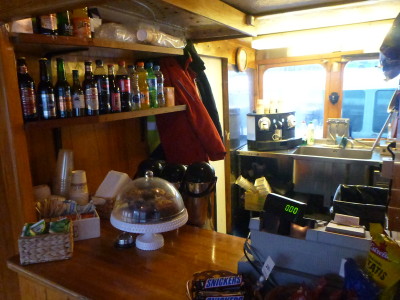 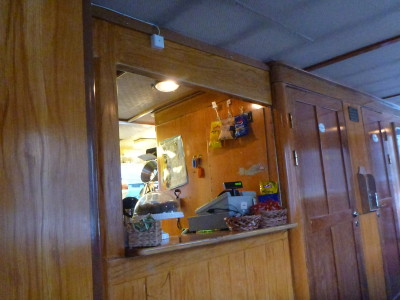 After about 1 hour 20 minutes we sailed back into Stromkajen and the tour was over. It was concise, memorable and very scenic. Definitely something to check out when you end up in Stockholm. Thanks to Kristofer our guide for the insightful commentary on the tour. 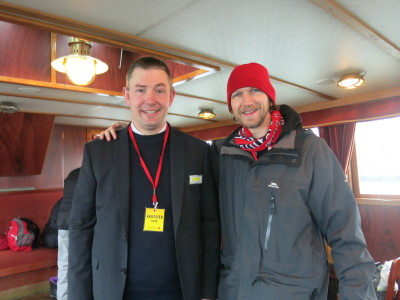 With Kristofer our Guide

My Videos from the boat tour of Stockholm in Sweden:

2 thoughts on “Taking A Winter Boat Tour in Stockholm, Sweden with Stromma and Stockholm Sightseeing”