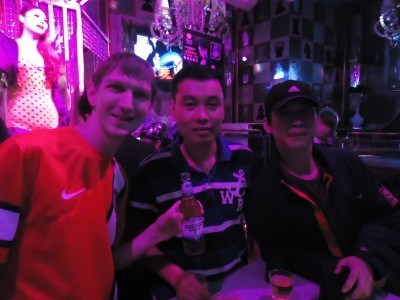 Thirsty Thursdays: A Night Out in Kaiping, China

Slightly later than billed but scheduled for Thursday of course is the latest Thirsty Thursdays from Kaiping in China. This was voted by the readers of my Facebook Page to be the next TT article and it takes me back to 2012 and my time touring the incredible Kaiping Diaolou buildings in the Guangdong Province of China. Thanks for the votes and apologies for the delay in posting – lapdog/top problems last week. 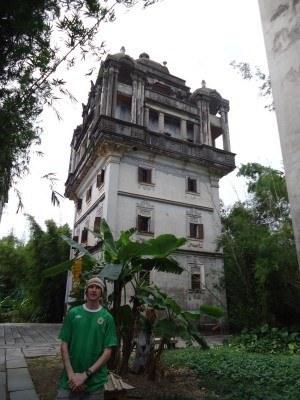 We decided to stay in the Milan Hotel in the city of Kaiping and once night fell after watching sunset in Majianglong, we headed for a Chinese feast. This was the preview for the drinking and partying into the night in a city which attracts barely a foreigner. Kaiping is well lit up and vibrant at night, the river sparkles the colourful night light glow across the city. 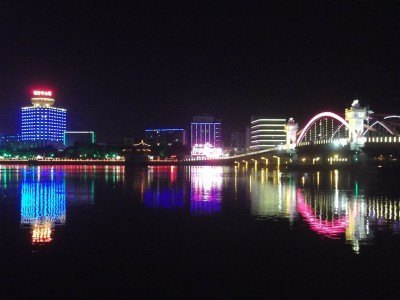 There was a big crowd of us out for the feast and the dinner in Kaiping which included some incredible special regional treats! I was out with my girlfriend Panny, her Mum Tang Yin Ming, her sister Cara, brother Gok and some other relatives from the nearby area of Kaiping. We headed to a huge local restaurant which didn’t have an English name or any foreigners, but the front of the restaurant looked like this and it was a few miles from downtown Kaiping (Gok was driving). 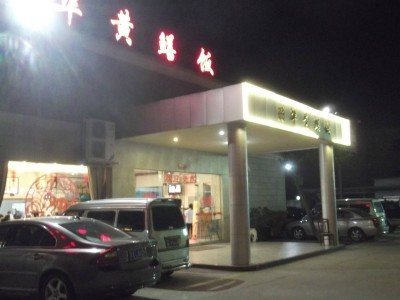 Front of the restaurant

We got down to order the food and it was one of the most unusual Chinese meals I’ve had to date. Admittedly despite my love of backpacking in China, I am not a huge fan of their food and I often push my limits to try them. First up on this night in Kaiping was Turtle Soup: 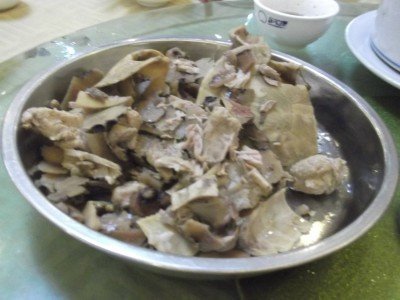 Then we had Eel Fried Rice: 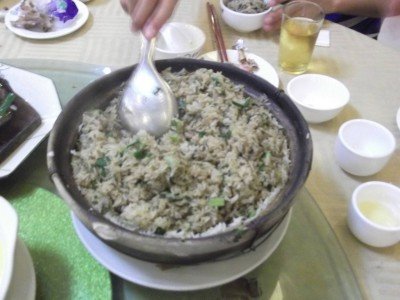 To see what I thought of both of these, simply click on the links above. The feast also included chicken, rice, tofu and a few other Chinese treats. Cheap beer was also served and Panny and I turned down the Rice Wine (I hate it!). 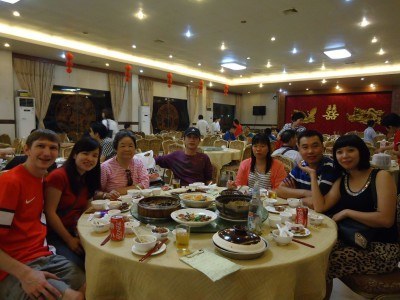 Our huge feast in Kaiping, China

Then when the feast was over it was time for the nightlife. To go alongside my crazy nights out in Changsha, Shenzhen, Guangzhou, Zhuhai, Chongqing and Beijing, this was another unexpected one – we originally planned a quiet night in. But Panny’s brother Gok lives in China and it was my first time to meet him properly so it was good to experience the night out with the locals in Kaiping. 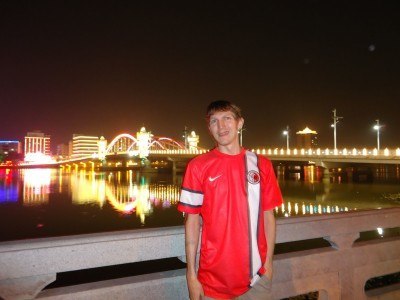 Ready for a night out in Kaiping

Music Bar (Yuen Yu Bar), Kaiping
We headed to the city’s swanky “Music Bar”, which is pronounced Yuen Yu bar in Chinese – myself, Panny, Gok (her brother) and one of Gok’s mates. 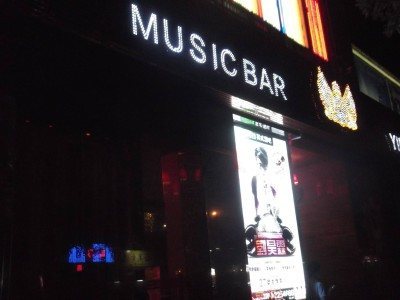 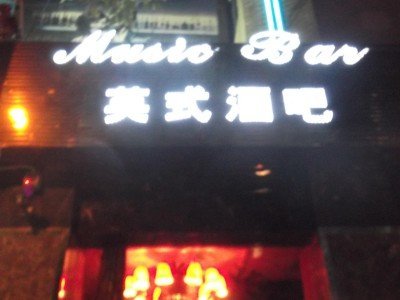 We ordered a bucket of beer and started to chat. Suddenly there was live dancing, loud Chinese music, bright lights and the place got slowly packed. We got there at 9.45 pm and there weren’t many there at the start then it just filled up. 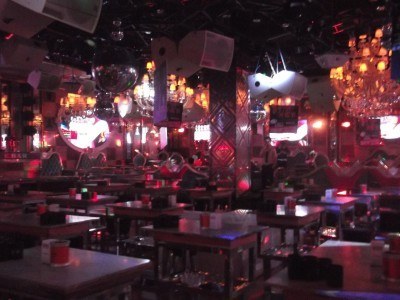 Drinking cultures are different all over the world and here in Kaiping, you walk in and get a table first. Then some hot Chinese PR girls normally come over trying to convince you to buy their beer and their offers. I recalled similar activity from my nights in Taiwan a few years prior. 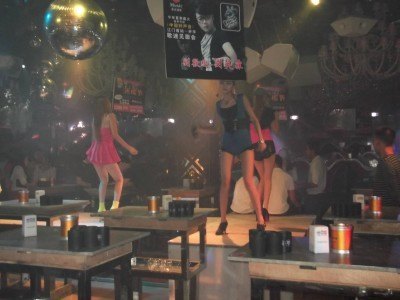 The four of us checked the menu and prices though and just opted for the cheapest Chinese beer offer for a bucket. We’re in China remember so we must share. The best value was Harbin beer, which was also a new one for me. 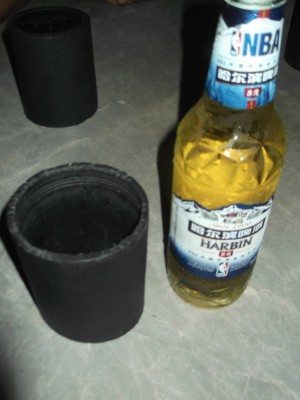 We already had a massive feast but the Chinese eat for a national hobby, and some bar snacks arrived. 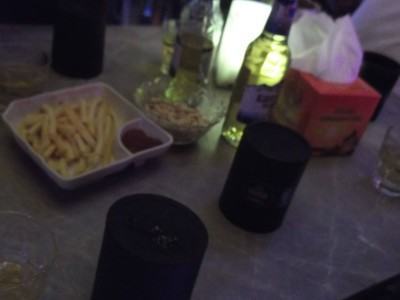 Chips and beers in Kaiping, China

We started to play “The Dice Game” which I have loved playing on my many nights out in Asia. It’s a game of bullshit over the dice. The loser of each round has to drink up. Don’t fool yourself that the Chinese don’t drink – they do – they just have a different style. If you don’t know about the game, then you have probably never gone partying in China or Taiwan. Wikipedia gives a rough overview of “Liar’s Dice” here. It is also a good game to pick up some Chinese, as you need to learn the numbers for a start. 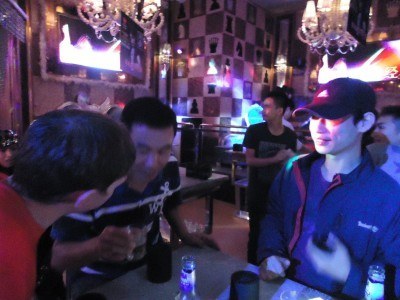 Playing the dice game in China

The music was non stop and for any single males that go to places like this, you’ll have a selection of Chinese dancers after your dong. 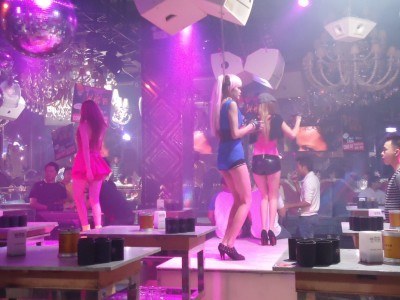 We polished off the beers and got a lift back to our hotel in the early hours of the morning. Chinese nightclubs pump a surreal beat and you’ll be the only foreigner in sight. 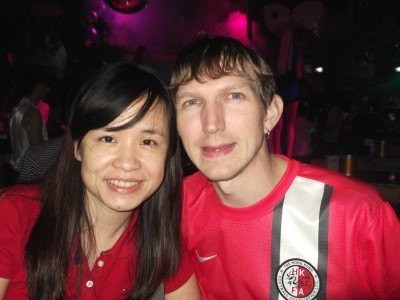 Panny and I partying in Kaiping, China

It was a knackering time and we fell asleep on arrival in our room at the Milan Hotel, up early the next day to tour JinJiang Li village and it was yet another inspiring night out in China.

Here are some videos from the night out in Kaiping:

3 thoughts on “Thirsty Thursdays: Eel, Turtle and Beer on A Night Out in Kaiping, China”