In this first edition of Tuesday’s Travel Problems, I’m talking about lost baggage. I’ll concentrate mostly on aeroplane baggage going missing, as this is the most common one from my experience. If you’ve read my post on all the shit airlines of the world, you’ll know I like a good rant and moan at airlines that lose your baggage!! Well, as travellers we pay them money to take our bags from point A to point B so we should expect everything to be there and intact when we arrive. That ain’t always the case… 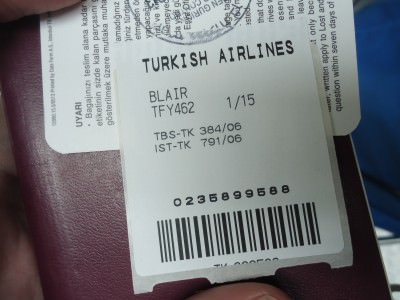 Turkish Airlines lost my bag recently between Istanbul and Tbilisi…

Airlines that have lost my bags/some of my luggage over the years:

Bad times at Tbilisi Airport in Georgia with yet another lost bag!! Useless Turkish Airlines!!

Here is what I do when my bags have gone missing on flights, a 20 point guide, roughly in this order:

1. Make sure I’m the last customer to leave the conveyor belt that my flight’s bags were on. Sometimes bags are just slow and late.

3. Make a live video of what has happened. 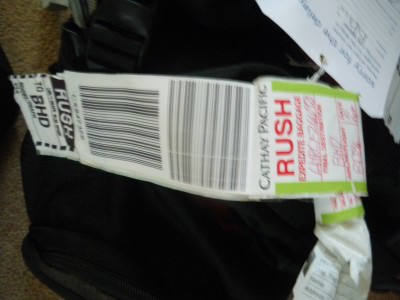 Lost bag? Complain, stand up for yourself but ultimately get on with the show and DON’T CHANGE YOUR TRAVEL PLANS!

4. Take photos of anything that will act as proof of the bag loss. (this can be the luggage tag, or even just me standing there angry without my bag).

5. Fill in a formal complaint form reporting the bag loss while still in the airport.

6. Get a copy of the form for yourself and take a photo of it.

8. Ask them to phone the airport you were last in (on your behalf) to check if your bag is there. 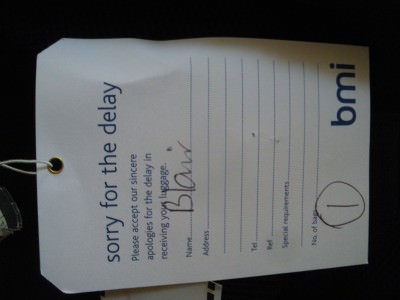 Sorry? Yes you better be!

9. Repeat point 8 for the previous airport if you were on a double flight.

10. Get as many documents, photos, videos etc. of evidence of the loss and lack of customer service as possible.

11. Make it known you’re a travel writer. (Bloggers, travel writers and journalists only – or pretend you’re one).

12. DON’T CHANGE ANY OF YOUR OWN TRAVEL PLANS. (for me, this is the most important aspect of it. Don’t let the bastards grind you down.)

14. Get on with backpacking the same way you normally would.

15. Check on the status of your bag around 3 times a day (morning, afternoon and late evening – by phone, e-mail etc.)

16. Make sure you get the responsible airline to take your bag straight to the hostel you are in FREE of charge.

18. Never fly with them again.

I’ll touch on point 12 again – under no circumstances should you change your travel plans. Refuse to spend extra time or money on something beyond your control. The best personal example I have of this was just last month (October 2013) in Tbilisi, here’s what happened.

I arrived in Tbilisi on a Turkish Airlines flight from Istanbul. My bag didn’t show up. It was lost. That night we were not due to stay in Tbilisi yet the airline staff wanted me to stay in Tbilisi and they could send my bag to me when they finally found it. Afraid not guys, I headed straight to central Tbilisi and Didube Station and onto my Marshrutky direct to Batumi. That was the original plan and so I didn’t change it. Besides, due to Turkish Airlines, we were already 1.5 hours late due to the lost bag reporting. We had 3 days to get a visa and make it to Azerbaijan so that took priority. I wore the same clothes for 6 days in the end on this part of the journey!

So without further ado, we found a great hostel in Batumi, applied for the Azerbaijan Visa in Batumi, backpacked round Batumi and in between times I had made enquiries on my girlfriend’s phone and on the hostel phone and finally my bag had been found. I arranged for my bag to be sent to the Why Not Hostel in Tbilisi, where we would head the following night (the fourth full day after my bag had gone missing). So after 4 days I was reunited with my bag finally! Nothing was missing, nothing was lost, nothing was stolen, the bag was intact, it was just late. There’s no chance Turkish Airlines will cover the time I spent complaining, phoning and emailing them, nor will they reimburse the phone charges, so I simply get my own back by telling you all how shit they are and blacklisting them! 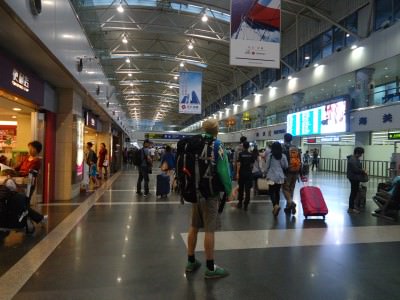 Another airport, another journey with my backpacks, please look after my stuff, airline companies!

There are a load more times I’ve had baggage problems, including Easyjet stealing items from my bag over 10 years ago now, but that’s it for today.

I wish you all good luck anytime your bags go missing. It happens to everyone, it’s sadly a part of travel. Don’t let it affect you too much and get on with your journey!