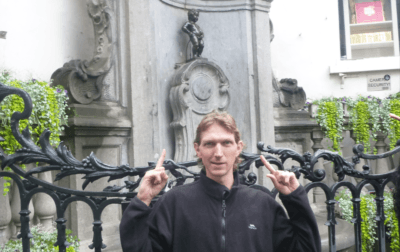 When you backpack endlessly through boring non-descript cities sometimes it’s the crazy stuff you buzz off and not the obvious sights. By the time I reached Brussels, I was done with touring museums, churches, mosques and castles. I fell asleep even reading about them. Give me Soviet history or a disputed country or give me something a little bit silly. All I wanted to do was to go to the toilet. I was bursting for a “wee wee” (piss/urination) and thankfully this is a city full of toilet related sights! Along with my “pissing in world’s biggest bog in China” and my “top 5 shights” articles, here are my top three toilet related sights in Belgium’s capital, Brussels. There is a fourth of course – the dog that urinates but I didn’t make it to that one. And we’re talking urination rather than excretion here, it’s actually no sh*t Sherlock. 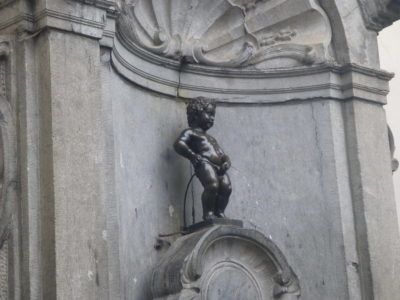 1.Manneken Pis
Literally, Manneken Pis means “the boy who does a wee wee.” Whether you believe the myths or not, local residents have theories about this statue including that urinal stations were once set up in the city and people pissed in them to provide energy. Manneken Pis is a tiny and ridiculous tourist sight. When you finally arrive here to see it, expect a load of tourists taking selfies by it, myself included. It’s in the downtown area, only a few minutes walk from Grand Place. 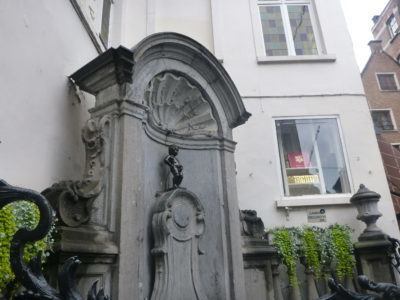 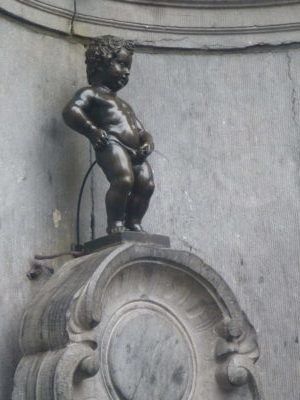 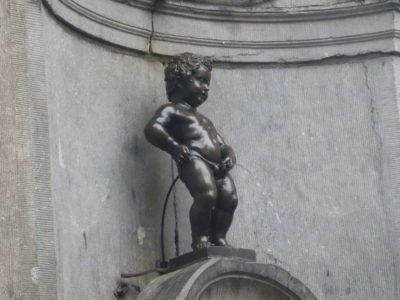 2. Jeanneke Pis
Where there’s a willy (penis), there’s a fanny (vagina). Jeanneke Pis is the female equivalent of Manneken Pis. Jeanneke crouches down on a mini fountain in a cul de sac near Delirium Pub, it’s about 5 minutes walk south of Grand Place. Oddly though, when you look closely, it looks like she has a little willy instead of a fanny! 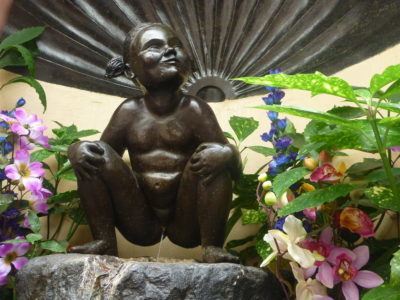 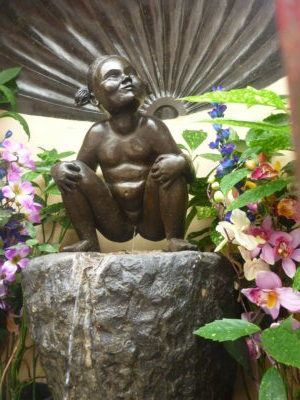 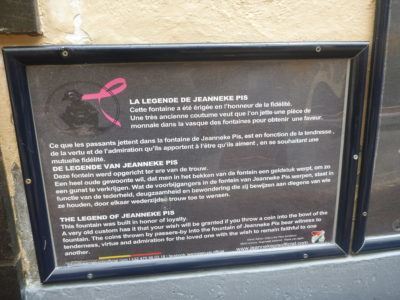 3.Pissing Against A Church
This is the cleanest urinal I’ve pissed in on my travels, but it had to be done. Yes, you can actually piss against a Church. And a good church too. The urinals are on the side of St. Catherine’s Church. 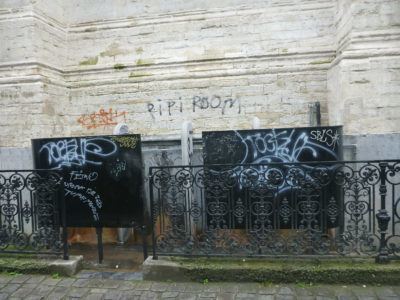 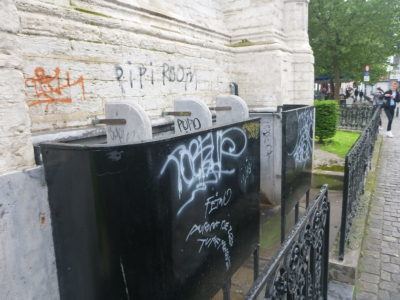 Sometimes on my travels in busy cities, I have struggled to find a toilet when I needed one, so it’s nice that this one is easy to find. I do feel sorry for females though – they don’t have the option. 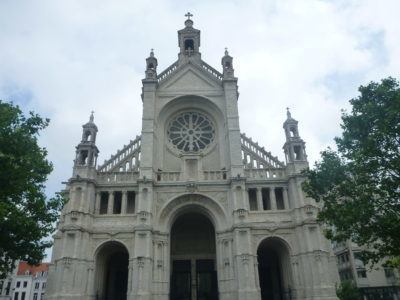 I needed a leak and the locals get a peak as they walk past. It doesn’t half smell though! It’s my finger in the below photo, not my willy. 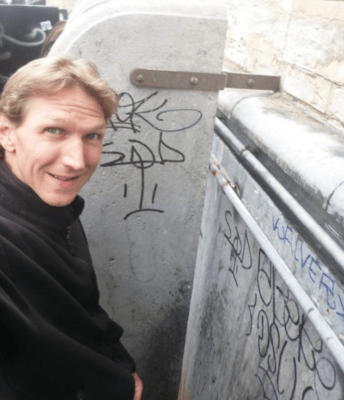 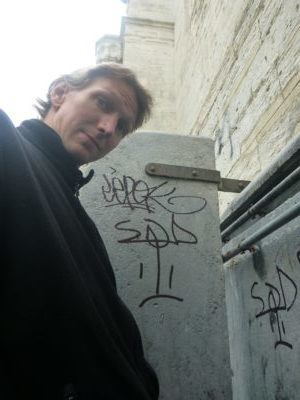 So yes I have now urinated against a church but the ludicrous journey must go on. From throwing fireballs in El Salvador to rubbing crocodiles in Gambia to feeding hyenas in Ethiopia to nude sunbathing in Bavaria, it’s a crazy world when you selfishly leave your hometown behind!

Here are some videos of my time at wee wee related sights in Brussels:

7 thoughts on “Urinating in Belgium: My Top Three Wee Wees in Brussels”