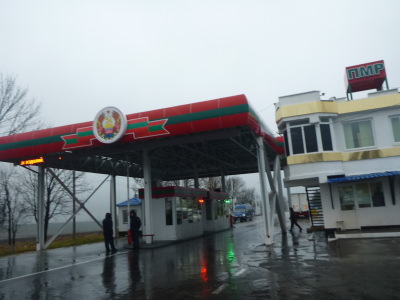 Well it’s been yet another crazy bit of off the wall backpacking as you do. While last year I visited a few countries which may not be “recognised by everyone”, I’m thinking of the trip to Nagorno Karabakh and my endless backpacking through Iraqi Kurdistan and Palestine. This time I was doing a Beatles. Back in the USSR. Union of Soviet Socialist Republics. Yes, really. Well at least as close as I’ll come in my lifetime to seeing what the Soviet Union was all about. As a country the USSR ceased to exist after 1991, but I really enjoy the complete diversity of the current countries once housed within the Soviet Union. They are so vastly different, it baffles me how the likes of Lenin and Stalin once tried to control the lot of them as one country.From Azerbaijan to Belarus to Latvia to Kazakstan – bizarre that these were all once just one big country. The latest in my line of former USSR countries to be visited was Transnistria, also known as Transdniestr and Pridnestrovskaya Moldavskaya Republika. It’s a country recognised only by itself and yet they have their own visas, banknotes, stamps, police force, beer and borders. It’s a really fascinating trip. 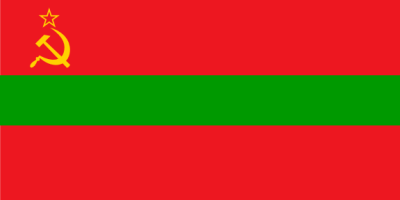 I was hanging out in Chisinau, Moldova for a few days in the hostel Tapok and after drinking some wine in a cellar, touring the capital city and ending up in the deep countryside at Butuceni, I decided to head to Transnistria and stay a night in the capital city – Tiraspol. 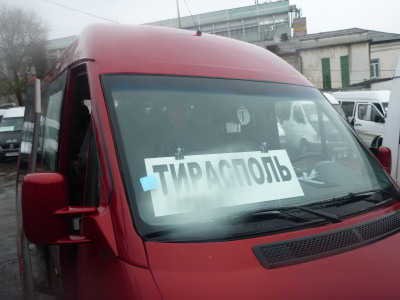 The bus to Tiraspol, Transnistria.

You have two main options public transport wise to get from Chisinau to Tiraspol – train and bus. At the time I went there was only one train a day apparently, which leaves around 7am, so I knocked that idea on the head and went to the Central Bus Station in Chisinau instead. It’s the main bus station behind the market, just off Boulevard Stefan cel Mare. It was a really wet drizzly day when I went and I took some photos but they are a bit blurred to be honest. 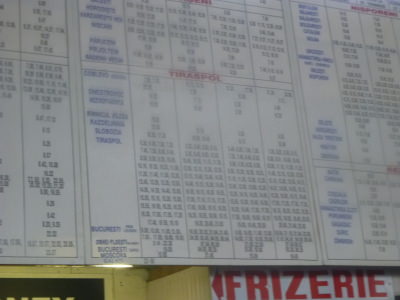 The bus timetable – sorry it’s blurred – was a horrendous day of torrential rain and I left in a hurry from Chisinau.

Getting on the Bus in Chisinau, Moldova
At the main bus station, head through the doors and back into the bus park out the back. When I went in November 2014, the bus to Tiraspol is clearly marked as Stand 13. There are buses frequently running all day, the timetable as you can see I put above. Here are some photos of the bus station in Chisinau. 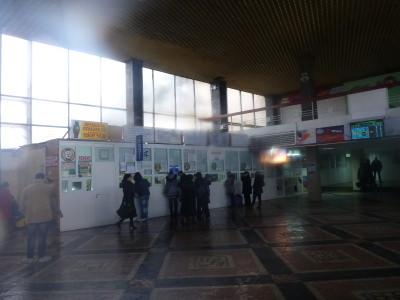 Inside the bus station. 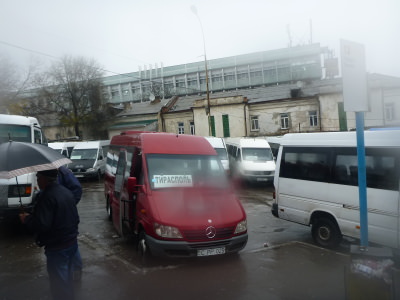 The red bus to Tiraspol at stand 13 out the back of the station.

You don’t need a ticket nor are you issued with one. Simply get on the bus and pay the driver on board. The price was 37 Moldovan Lei as of November 2014. The buses leave when they are full. This doesn’t take long as it’s a popular route. For locals, not tourists. No surprise that I was the only foreigner on my bus and that I saw in Transnistria. 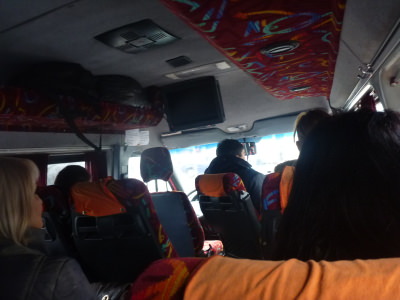 The bus fills up and it leaves. 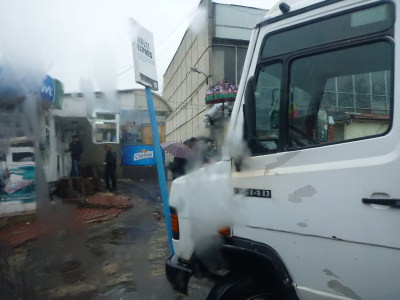 “Leaving” Moldova
The curiously peculiar thing here is you don’t officially leave Moldova. As much as the country of Transnistria insists you do, the Moldovan government obviously don’t install any “departure point” or immigration office here. So the only way you will know you have left Moldova is at the massive entrance and immigration point to Transnistria. From Chisinau to the border, it’s around an hour by bus. 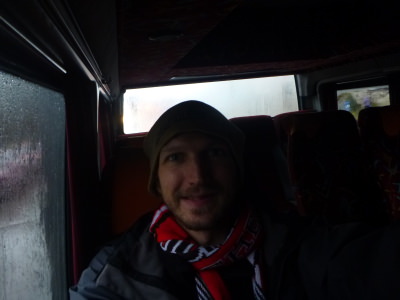 On the bus from Moldova to Transnistria.

On a side point, it’s probably better not to tell any Moldovan border guards on the way in and out of Moldova that you entered Transnistria. You just don’t want the hassle of it. I entered Moldova from Romania at Ungheni and exited the same way and kept quiet about my side trip to Transnistria. But on the bus to Transnistria, you will pass through countryside and then there it is. Big and bold – the entrance point to Transnistria. 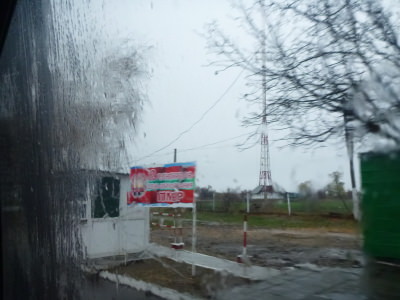 Arrival at the border and entry point into Transnistria. 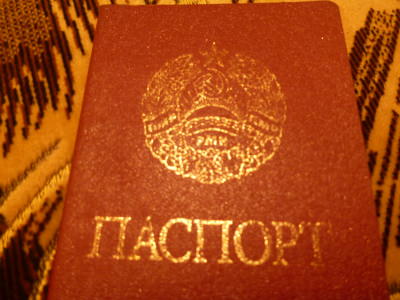 It takes just a couple of minutes to fill in the form. The good news is it’s in English as well as Russian – so they are actually aware that quite a few foreigners venture to check out their country. 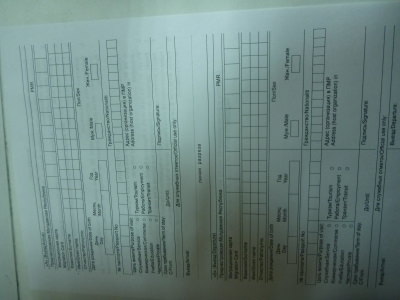 It’s a safe bet to put Hostel Tiraspol down even if you don’t stay there (I didn’t stay there as I had a Tiraspol homestay sorted but I wrote tht Tiraspol Hostel address on my immigration form). 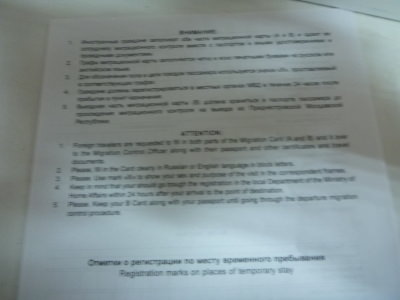 Also they’ll ask you how long you want to stay in the country. I actually said two days, just in case I needed the extra time and wanted to get the 30 day visa approved the next day and stay longer. But basically if you are only going for one day, it’s fine just to tell them that. You are permitted to stay for 24 hours (to the exact time) when you enter the country. I arrived in Transnistria at 14.15 pm and so they wrote on my immigration form the time I arrived and the fact that the next day I would be allowed to stay until the same exact time. 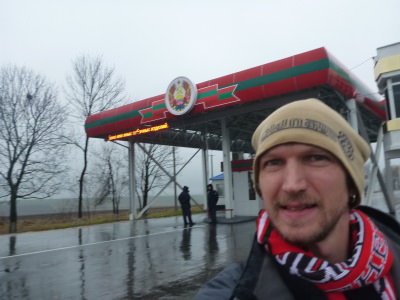 If you want to stay longer than the 24 hours, you will need to get a receipt from your hotel/hostel/homestay and head to the OVIR office or the Tiraspol Militia Office to get your 30 day visa extension. Also to note – Transnistria is a country without an airport – you can therefore only go in and out by land, and it borders Ukraine and Moldova only. 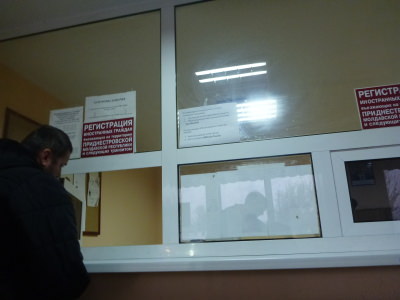 After all that is sorted, you will be given your passport back and the departure form which you need to keep until you leave the country. You do not get a physical record or stamp on your visit for the 24 hour visit to the country. 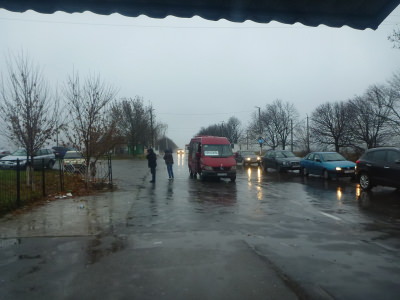 The border between Moldova and Transnistria.

After passing through the town of Bendery, the bus continues to the capital city Tiraspol and you get left off at the bus and train station which are in the same place. The entire journey from Chisinau Moldova to Tiraspol Transnistria took me about 1 hour 55 minutes including the immigration time. 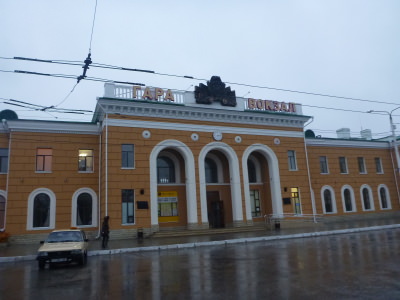 The train station in Tiraspol, Transnistria.

It’s a really enjoyable trip and now it was time to get exploring this awesome last legacy of the USSR!! 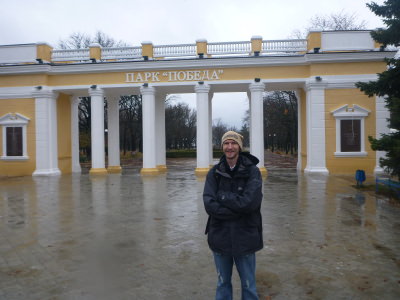 Back (packing) in the USSR!! Exploring Victory Park in Tiraspol, Transnistria.

Here are some of my videos from crossing from Moldova to Transnistria by bus:

38 thoughts on “World Borders: How to Get From Moldova to Transnistria (Chisinau to Tiraspol by Bus)”