It’s time for my first World Traveller of 2015 and I’m delighted to feature Katie Aune. I first came across Katie’s work in 2012 when she single handedly visited every country in the former Soviet Union (U.S.S.R), writing informative and real life articles along the way, Katie blogs part time while also working. She has just returned from an exciting trip to Burkina Faso and Mali. 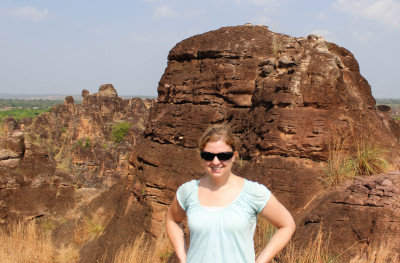 Katie Aune. I’m a part-time travel blogger who loves to visit really off the beaten path places. My blog is katieaune.com.

I’m originally from White Bear Lake, Minnesota in the USA.

As I write this, I’m spending the weekend in Washington, D.C. but I live in Chicago. 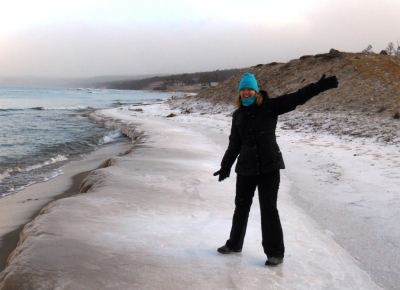 Georgia (the country), Bulgaria and Italy

It’s hard to pick just one! But here’s one of the best – I met this woman, Yuliya, when I was in Vilnius, Lithuania just before traveling to Belarus. She was from Minsk and offered to show me around when I arrived. I thought maybe we’d hang out one afternoon. But not only did she meet me at the bus station and accompany me to my hotel and help me check in, she took me out for lunch with her husband and spent the afternoon showing me around Minsk, then spent 3 of the next 4 days taking me around the sites that I never would have been able to visit on my own: an open air museum, a castle on the outskirts of the city and the incredibly moving memorial site at Khatyn. Having a personal tour guide like her was invaluable and I learned so much more about Belarus than I ever would have otherwise! 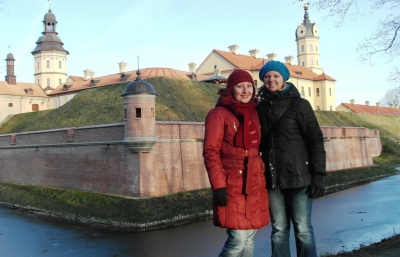 When I started my career break, I volunteered to tutor conversational English for a month in St Petersburg, Russia. It didn’t end up anything like I expected – my host family had 6 kids instead of 3 kids and lived in a rundown house in the middle of nowhere about an hour and a half outside of St Petersburg.  It was under renovation the whole time and had no indoor bathroom and no heat. Worst of all, they had no interest in learning English and seemed completely uninterested in even having me around. I toughed it out and tried to spend most of my time in the city and away from the house, but was relieved when the month was finally over. 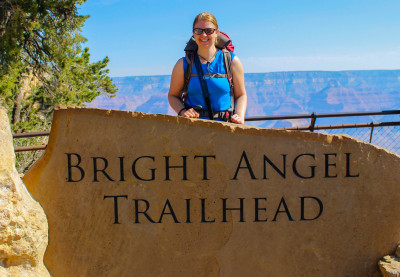 I was crossing the Black Sea by ferry from Ukraine to Georgia. It was supposed to take just over 2 days but due to bad weather, we couldn’t get into port and were stuck at sea for nearly 5 days. My randomly assigned cabinmate was a German guy who initially seemed nice enough but our last night at sea, he got really drunk and came back to the room while I was sleeping and started chanting in German and writing on the walls of the cabin. I had no idea what he would do and just laid as still as possible, hoping he wouldn’t notice me at all. It was terrifying.

Nothing too random – just some freelance writing and social media management.

When I took my year off to travel, I funded most of it out of savings – I worked my butt off for 2 years and cut way back on spending in order to save. I also did a little freelance writing and social media management for some extra income on the road. Now that I work full-time again, I just put my extra income toward my travels instead of other things. 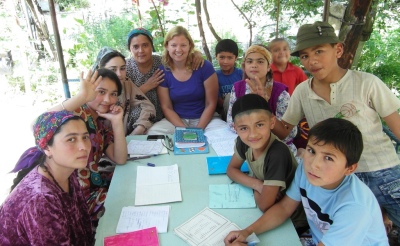 1. Buy local SIM cards for your phone – they are super cheap everywhere and allow you to communicate with locals.

2. Bring a couple plastic hangers – they take up almost no room in your pack or suitcase and they’re great for hanging clothes to dry after doing some laundry.

3. Don’t listen to anyone who tells you the world is a scary place – be cautious and smart, but don’t be afraid. You’ll find that people everywhere are good and will help you when you need it.

Up in the air right now! On my wish list for the next year are Ethiopia, Oman, Tunisia, Romania, Bosnia and Montenegro and I’d also love to get back to Armenia, Georgia and Russia, but I’ll likely only have the time to do 3-4 of those in the next year.

I’m a former attorney turned higher ed advancement professional who quit her job to travel in 2011. I spent 13 months traveling and volunteering throughout the former Soviet Union, a journey that included running a marathon in Estonia, traveling the length of the Trans-Siberian Railway, volunteering in Armenia, teaching English in Tajikistan, camping in the desert of Turkmenistan and trying my best to speak Russian on a daily basis. Now back in Chicago and working full-time, I take full advantage of my vacation time to travel as much as I can and continue to write about travel in my free time. I am also an avid runner and sports fanatic – running the Great Wall Marathon in China is the next big item on my bucket list, something I hope to do in 2016!

Thanks to Katie Aune for being the latest in my series of World Travellers! If you travel the world and run a travel blog or are a travel writer, please get in touch, you can be featured (there’s a waiting list at present), either e-mail jonny (at) dontstopliving (dot) net or head to my contacts page and get connected! You can also subscribe to Don’t Stop Living by filling in the form below! Safe travels!