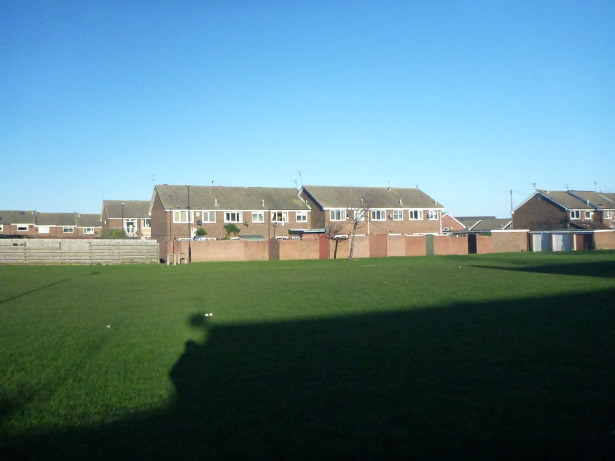 North East England is a pleasant surprise for the backpacking nomad. After crossing the border from Scotland (where I backpacked through Edinburgh , tried haggis and stayed in the trendy Baxter hostel), most backpackers get their fix of Hadrian’s Wall, the city of Newcastle and then head to York. Something in that itinerary was missing – I felt that I needed to visit Sunderland. 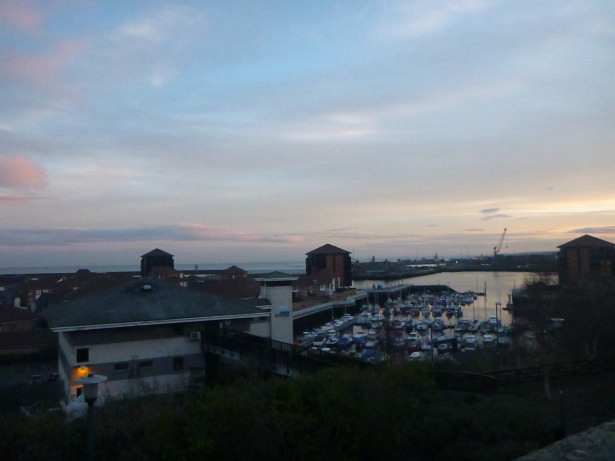 Sunderland is like the cooler city than Newcastle – the one that we know is there but not often ventured to by backpackers – not a hostel in sight either but I stayed in the best Bed and Breakfast Sunderland – The Chaise has to offer and was ready to explore. Plus back in my Bournemouth days and while studying Public Relations at University I lived with Clare Tweedy, from Ashington – Clare is a Sunderland football fan and it gave us the chance of a reunion! 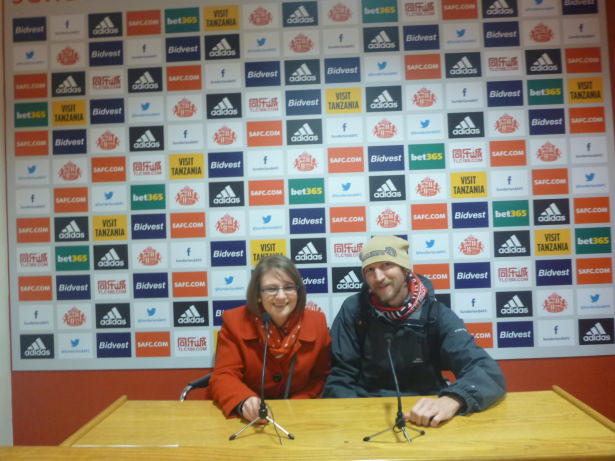 Sunderland sits right on the coast, with its own pier, city centre and a football stadium every bit as impressive as the one in Newcastle. I stayed for just over 2 days here in Sunderland in the cosy Chaise Guest House and I loved it and here are my top memories. 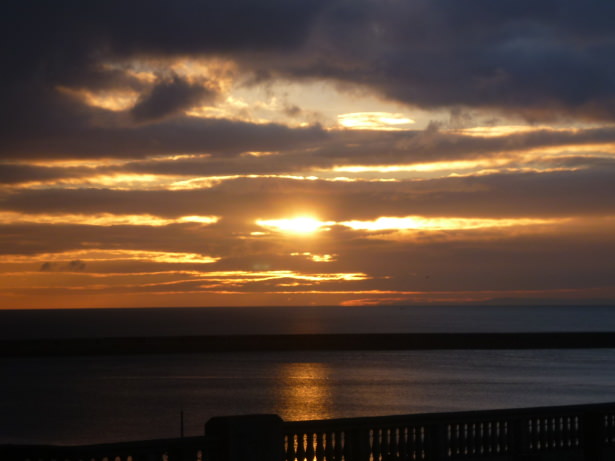 1. Roker Beach
I love a good old English seaside resort. I’ve visited Brighton, Bournemouth, Fleetwood, Torquay, Southend etc. etc. in my time. Sunderland does it better than most because this is the North Sea and this beach is less well known than your Blackpools or Brightons. While dog walkers may know every inch, as a backpacker your quest to explore has you inspired. 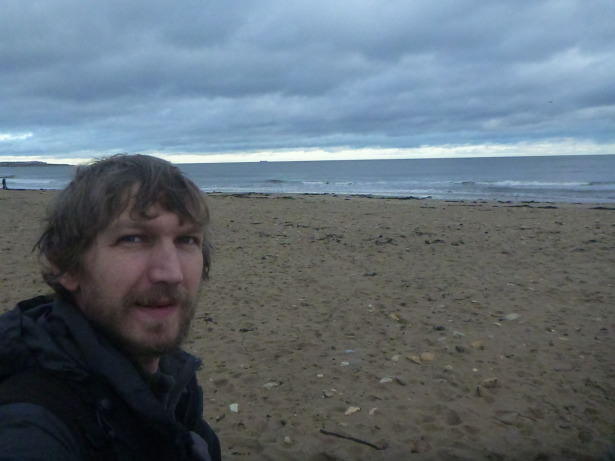 Welcoming sunrises in the distance and sunsets that backdrop against the city’s skyline make Roker Beach a must see when backpacking in Sunderland. On a fresh winter morning, you might also have the joy of having the entire beach to yourself. 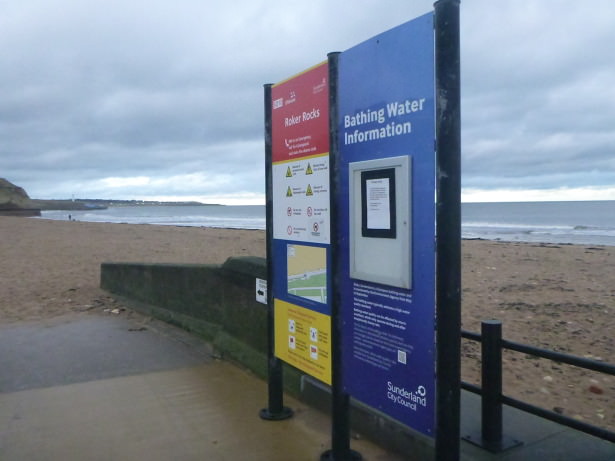 2. Roker Pier
The pier sits in the middle of Roker Beach. You can stroll along it and overlook the north sea plus they have some information boards up on the construction of the pier, at the end of it is the Lighthouse. 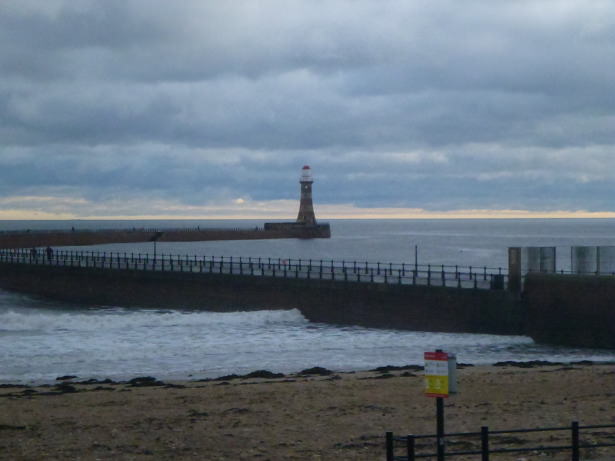 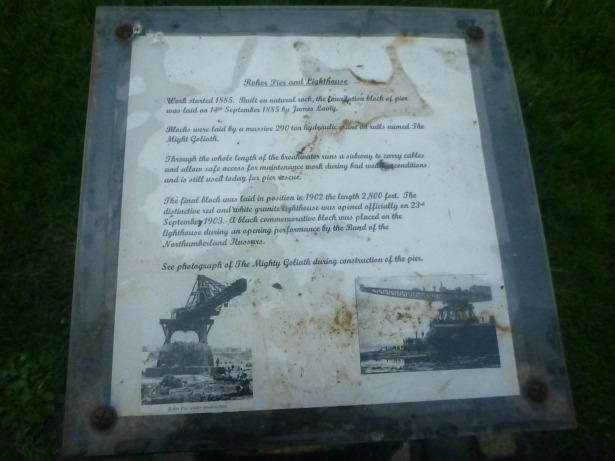 3. Roker Park
OK so Roker Park is more than one thing here. Currently it is an actual park with bushes and trees and where people walk their dogs. Just down from this “Roker Park” is the location where the football stadium Roker Park once stood. The entire area is known as Roker. 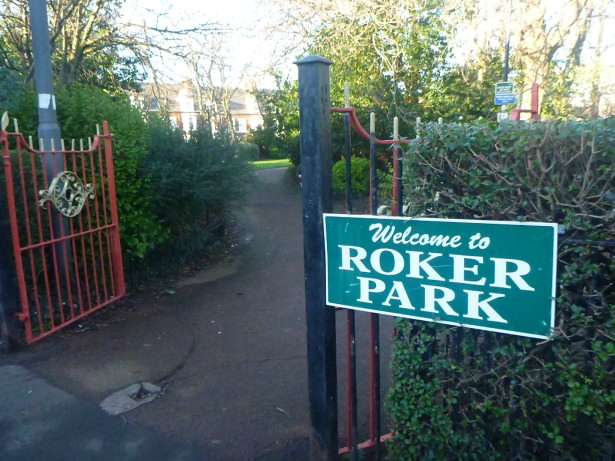 Roker Park – in the Roker area where the football stadium Roker Park once was.

Following the 1989 Hillsborough disaster, the English FA announced that any clubs wanting to be in the top two tiers of English football would need to have all seater stadium for safety regulations. Sunderland have a massive fan base and the location where Roker Park stood wouldn’t allow any expansion, since the stadium is built in a residential area. Streets where Roker Park once stood – all named after football related things.

Now you can walk through the area and find houses on streets related to football – such as Promotion Close, Clockstand Close, Midfield Drive and Roker Park Close. 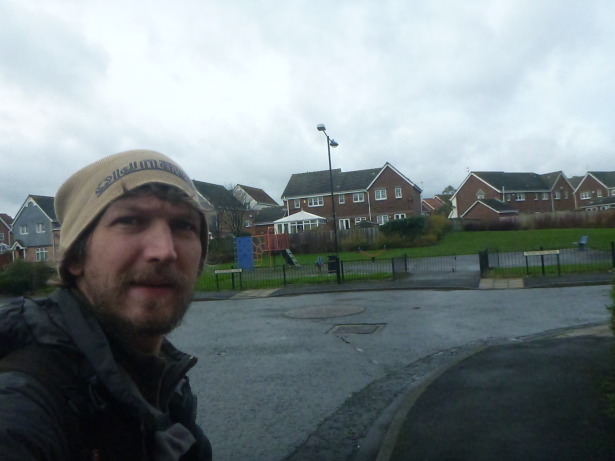 Touring the streets where Roker Park football stadium once sat.

4. The Stadium of Light
The modern day home of Sunderland AFC is the Stadium of Light. As you know I love my football stadiums on my travels and eventually I want to visit every League Stadium in England and Northern Ireland. 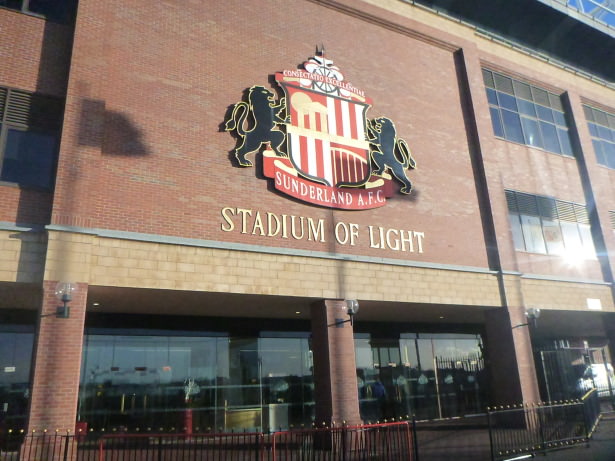 I went with Clare and Stephen (her husband to be) to tour the Stadium of Light. What was even better was that the day we went there were no scheduled official stadium tours (normally £10) so the Tour Manager Stan gave us an impromptu tour completely out of his own goodwill and we didn’t have to pay. Always a bonus! 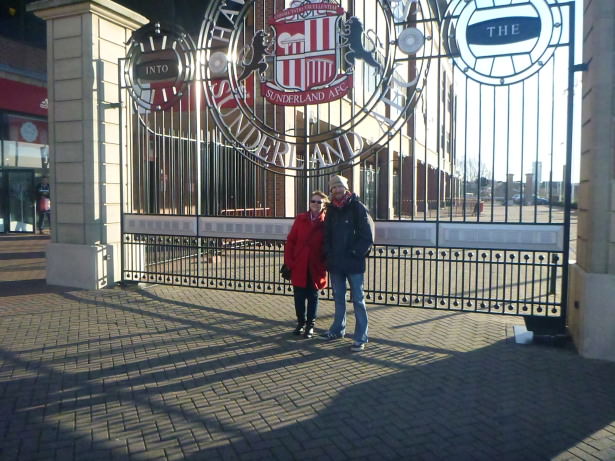 Clare and I at the gates to the Stadium of Light.

The stadium tour was fantastic. We saw trophy cabinets which included Northern Ireland caps (from Johnny Crossan and Rachel Furness), the changing rooms, director’s box, media room, changing rooms and into the dug out. 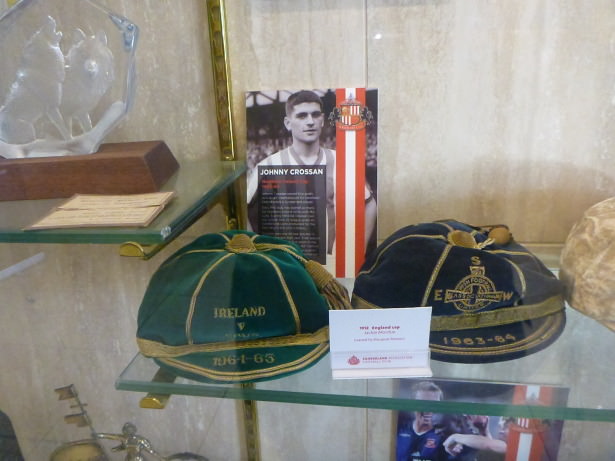 Johnny Crossan’s Northern Ireland caps at the Stadium of Light. 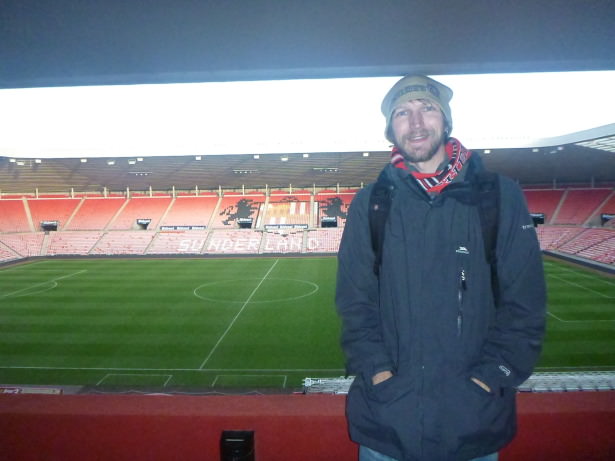 Stadium tour of the Stadium of Light, Sunderland. 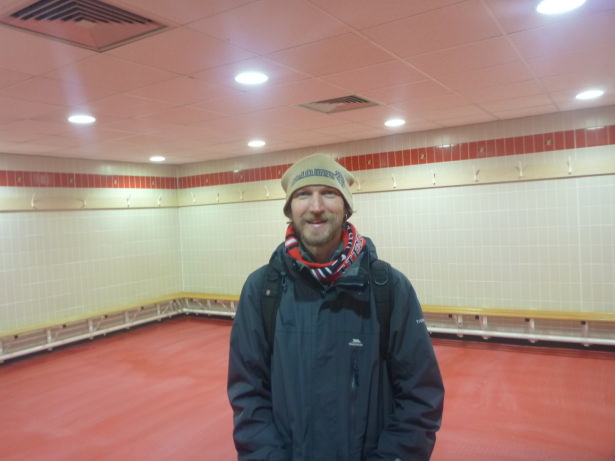 Inside the home team dressing room at the Stadium of Light.

5. River Wear
You might have heard of the area as the “Tyne and Wear” and indeed the river Wear runs out to the North Sea through Sunderland. The main city centre is south of the river and there are quite a few cool bridges passing over the river. 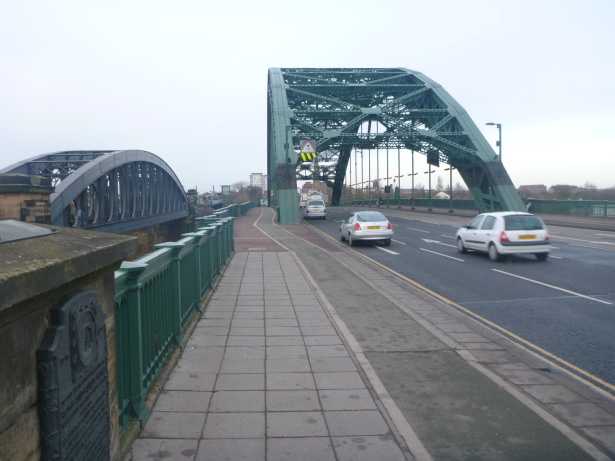 Main Bridge over the Wear River. 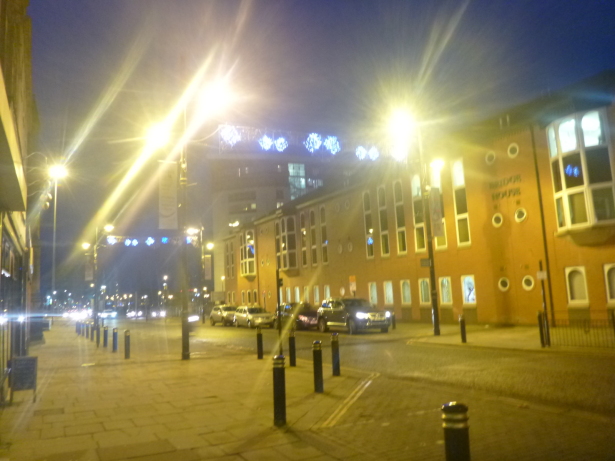 7. St. Peter’s Church
This church, St Peter’s Church is the parish church of Monkwearmouth and dates back centuries. The first church on the site was built on instructions from Benedict Biscop way back in 674-75, of which only the west wall and porch survive. The tower was added before 1000 on top of the porch, and the rest of the church in the 14th century, which survives to this day. Along with the monastery in Jarrow, St Peter’s was actually nominated for a UNESCO World Heritage Site in 2010. 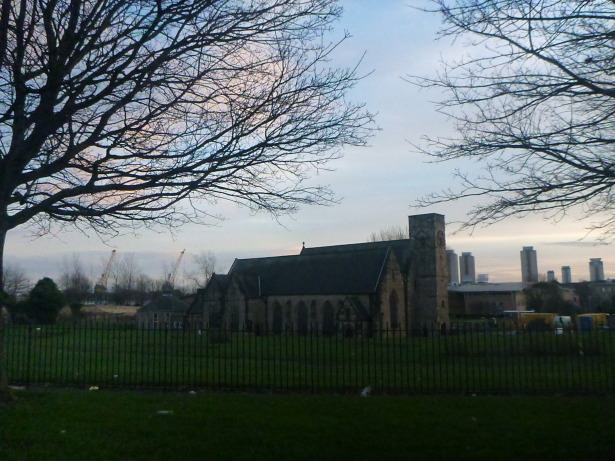 There are also some pretty good pubs of course. I visited about 3 bars in the city including The Colliery Tavern, which is near the Stadium of Light and another sports bar in town. 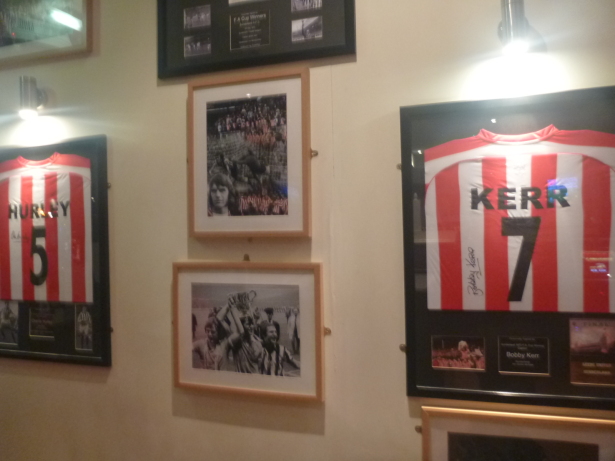 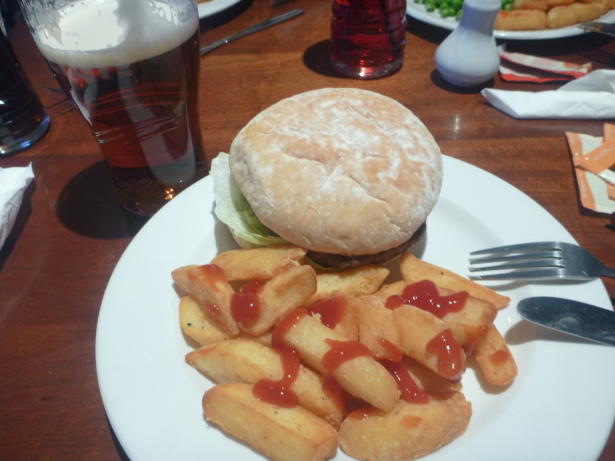 Burger chips and a pint in Sunderland.

So yes Sunderland was a welcome surprise and if you’re going to be in the north east of England, I’d definitely recommend a visit to both Newcastle and Sunderland, and stay in the Chaise Guest House – superb views. 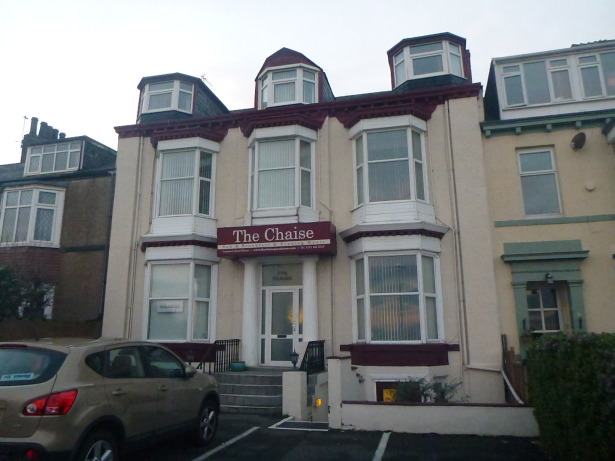 I stayed in the Chaise in Sunderland

Here are my videos from my time backpacking in Sunderland:

1 thought on “Backpacking in England: Exploring the City of Sunderland”