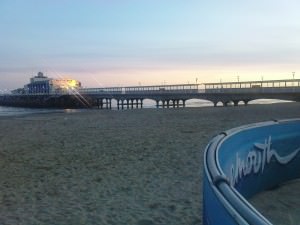 5 Things to do in Bournemouth, Dorset, England

I’m very well qualified to bring you this post today, as I spent a whopping SIX years living  in the English seaside town of Bournemouth. While my time in Bournemouth came to an abrupt but needed end in 2009, my memories of the town and its suburbs will linger forever. Rather than bore anyone out there with personal stuff in Bournemouth, this is MY top 5 things to do in Bournemouth – I hope it provides some decent tips for all visitors to Bournemouth, a town which is embedded into my heart…this post has been coming for about 10 years now so it finally sees the light of day. 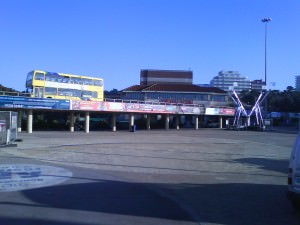 The peaceful pier approach at Bournemouth seafront. I spent 6 years working in and around views like this,!

Stating the obvious here, but Bournemouth’s award winning beach is probably the town’s most attractive tourist pull. I’ve worked on it, drank on it, played football on it and done a few other things on it…the beach stretches far and is split into many different “beaches” (West Beach, Southbourne Beach, Boscombe Beach, East Cliff etc.). The busiest part is the bit by Bournemouth Pier. On hot summer days this beach is honestly as good as England gets beachwise. You’d be a fool to spend any time in Bournemouth without even visiting the beach, even if it’s just to curb your curiosity and prove the fact that it’s a fantastic beach. It’s also very well kept. 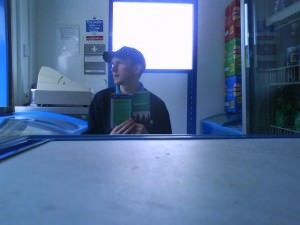 Selling ice cream in a hut in Bournemouth, working on the beach, enjoying the epic view…

I love pub crawls and I love my quirky bars, promotions and everything that goes with the madness of nights out drinking. In Bournemouth you will find an endless amount of bars, clubs, pubs and restaurants all meeting your required taste. The names of bars and pubs may change a lot and have done since I left there, but my favourites were the Dolphin (Springbourne), The Moon in the Square, The Goat and Tricycle and in the past Jumpin Jaks. These days Bournemouth attracts a lot of stag and hen nights and weekends especially in the summer and the party atmosphere and vibe at night is unrivalled in England. 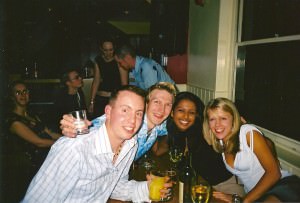 Everybody in Bournemouth knows what the “Wave Balloon” is and you should head there in the summer for epic views of the south coast of England. Situated in Bournemouth’s summer gardens, this is unmissable in summer months as it rears itself into the sky. It’s a hot air balloon near the seafront.

The Wave Balloon offers outstanding views over the nearby area.

It’s attached by a huge cord and is as safe as it is popular. Expect queues, but expect good views! 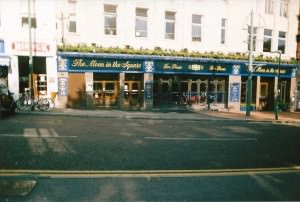 The Moon and the Square pub in Bournemouth – an old haunt of mine due to its proximity to work and generous prices!

A bit of a hidden gem here to be honest, this museum is unique in world terms, something a lot of the locals forget. For its quirkiness, history and “off the beaten track charm” it just had to make my list of top 5 things to do in Bournemouth. Featuring Japanese art and mixing Italian with Scottish architecture in design, this is a top spot. It’s down by the beach too. 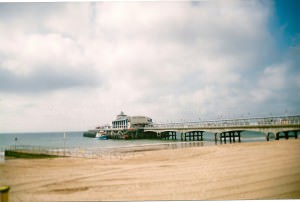 Head to the football stadium called Dean Court (and latterly known as the Goldsands Stadium) to watch AFC Bournemouth. Nicknamed the Cherries, Bournemouth are in the third tier of the English League with ambitions to move up the league ladders. 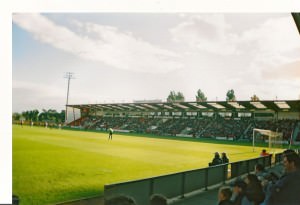 You will get a more authentic and real life English football atmosphere in the lower divisions, and watching 90 minutes at Dean Court will give you a great experience. You might even fall in love and become a fan, like I did 😉 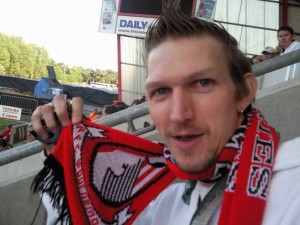 Head to Dean Court and watch the mighty Cherries! The local team AFC Bournemouth are great to watch and the atmosphere and fanbase is one of the most welcoming you could wish for. Grab a beer, a scarf and become a fan!

Trains and buses run from London and the trip will only take 2 – 3 hours, so it’s easily reachable if you’re based in the capital for your travels. Take a Megabus if you want to save cash!

But a better fact is that Bournemouth has its own international airport!! Not a lot of people know that, they even had flights to New York at one point, and used to fly to Belfast so check what airports fly into it when you’re about to head and you might get a lucky cheap deal. Here’s the Bournemouth Council Website for reference too, upcoming events to look out for are the Annual Air Show and: Bournemouth Council

If you’re in the UK travelling then Bournemouth is a great spot to visit this is my top 5 things to do in the actual town itself – further afield Poole, Weymouth, Dorchester and Lulworth Cove provide plenty more activities to suit everyone.

I’ve written tons and tons about Bournemouth before and will do again, but don’t want to overload or make things cliches, this is more for those of you who haven’t been there yet. I’d argue if you only ever visit England once, head to Bournemouth (throw in a day trip to Salisbury or Stonehenge though too!).

Here are some of my videos from life in Bournemouth:

15 thoughts on “Top 5 Things to do in Bournemouth, Dorset, England”