“Traded in my sorrows for the joy that I borrowed. Back in the day.
Threw away my old clothes, got myself a brand new wardrobe.
I got something to say.” – Kylie Minogue 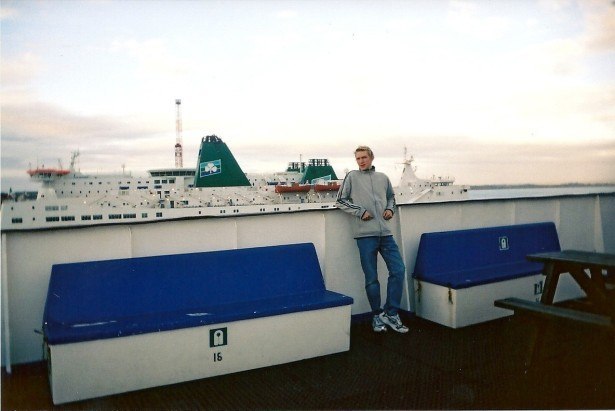 It’s twelve years ago this week since I left behind my home town of Bangor in Northern Ireland just for the craic. Because there was nothing else to do. I left my hometown out of boredom, mundane-ness and for a change. There was no plan to travel round the world or start websites, or become a long term backpacker. 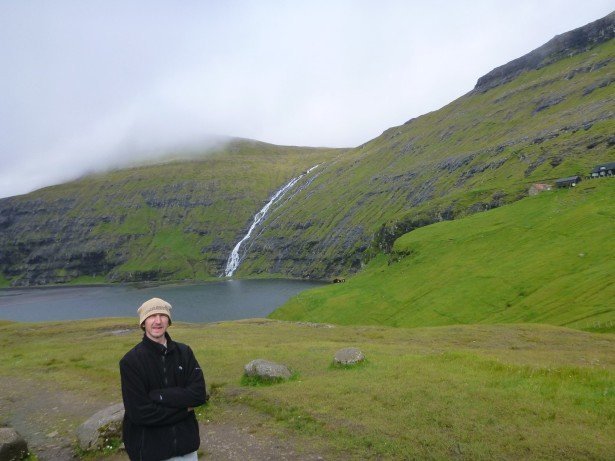 Saksun, Faroe Islands – country 105, none of this was planned

I nonchalantly enrolled on a University course in the town of Bournemouth in England. I had been to Bournemouth before on a family holiday, I liked it and I had no time to spend farting around with UCAS forms. I picked 6 Universities that began with A or B, filled in a form and that was it. Alphabetically it was easier and having Ulsterman Warren Feeney playing for the Division Three Cherries back then gave me live football every week to replace watching Glentoran and a new challenge in life. Bournemouth University let me in and I was all set. I had an emotional farewell on a pub crawl in my hometown of Bangor and that was that. I expected I’d be back pretty soon. I didn’t expect to be away for 12 years plus. In fact, it’s baffling, that’s over 1/3 of my life away from Northern Ireland now. 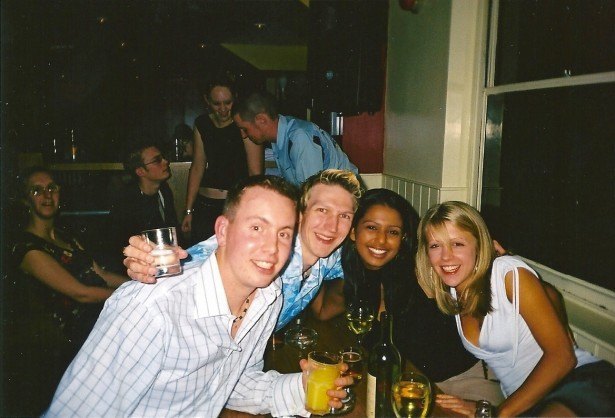 I was pretty naive, I was pretty scared, I was youthful and vibrant and I was up for it. I had ZERO idea what would happen to me after moving to Bournemouth and that, my friends is the blatant truth. I was a glorified barman, a mundane shop assistant and a fall asleep to me call centre dude, nothing more. I was alone, but I was free and talkative and passionate. Many people leave their home towns behind every week – lots return.

“What you leave behind, you don’t miss anyway” – Paul Hewson 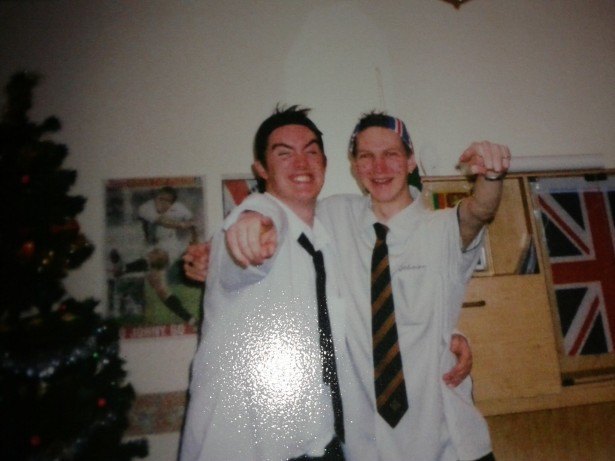 New friends Dancing Andy and I. You never have to be alone.

I had a new flat organised, a new university course to start and a new job (yes in a shop, and later a hotel). It was September 2003. When I look back right here right now, 12 years on, it’s staggering to think what happened next. I never moved back to Northern Ireland. That was it. I was out now exploring the world. I met my mate Austin Sheppard on my first night out on the rip and we went to watch AFC Bournemouth (the Cherries) together. From that moment, every week I watched the Cherries, I became known as Ulster Cherry. This week I’m meeting Austin again, and I’m going to watch AFC Bournemouth again. And I’m having a reunion with some of the people I met in Bournemouth in my first year there. This is a fool circle. This is the real first circle. 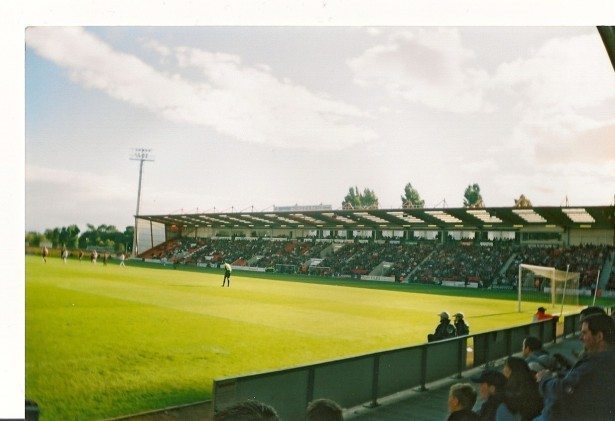 Dean Court, Boscombe on my first visit 12 years ago this month.

“Boscombe back of the net” – AFC Bournemouth fans

Our whole life seems to be all about fate. But I feel there’s a huge onus on us to create that fate. Work hard, be happy, be friendly, engage with people, don’t be a stuck up tw*t, be eager to make things happen. Once I got to Bournemouth, I got busy. I wanted everybody to be my friend. I wanted to be everybody’s friend and the first year there was pure madness. Pure madness.

“You never have to be alone” – Ultrabeat 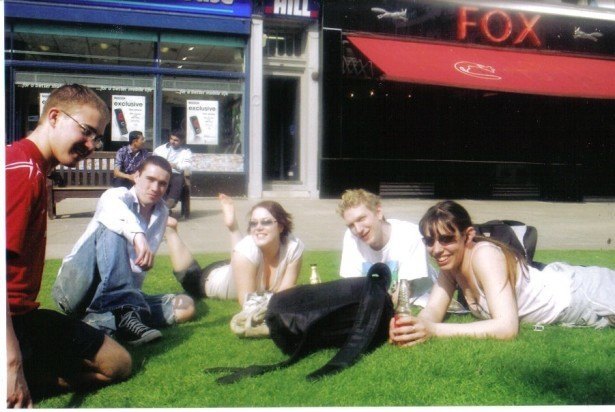 Pure madness. We were all so young. You never have to be alone.

I met Millwall Neil in the local pub, introduced by Austin. Neil ended up living with me in Australia and we backpacked together in 4 continents. I’m meeting him next month again and he’s still my best mate. 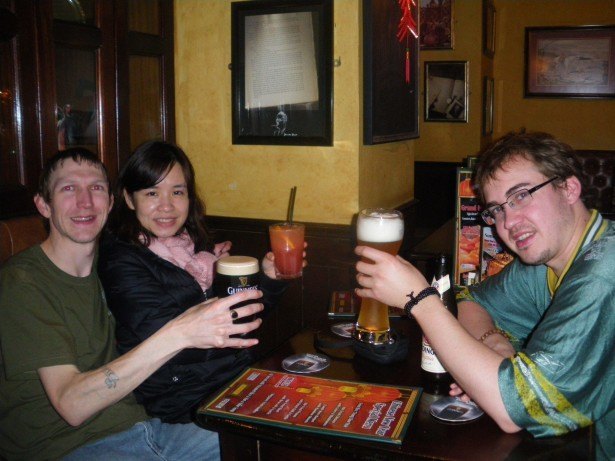 Myself, Panny and Millwall Neil in Hong Kong in 2012

In 2004, I had my first English girlfriend, Emma. I met Irishman Jody Casey, introduced by Austin. I got the life changing ice cream selling job in May 2004, and that was it. I was earning more money than I ever was in Northern Ireland, I was able to afford trips around Europe and I was having the time of my life. I didn’t need to go back. It was a far cry from my lifestyle in Northern Ireland. I’d go to Tech in Newtownards, live with my family, go out with my mates and watch the football, Glentoran and Northern Ireland. In the past week, I’ve been to watch Northern Ireland, Glentoran and been back to check out Ards Tech. I didn’t need to go back, but I love it now when I go back there.

“Where it began, I can’t begin to knowing” – Neil Diamond 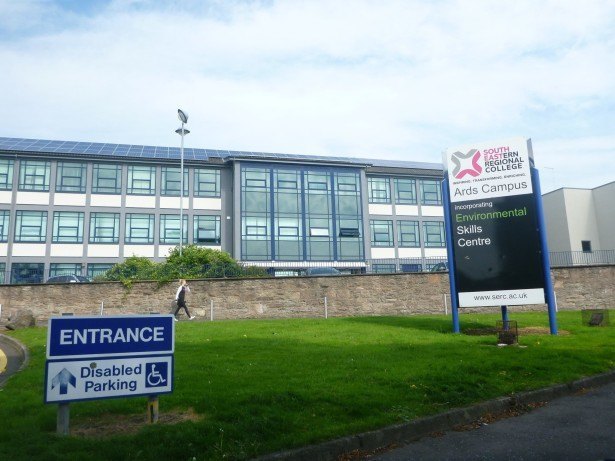 Newtownards Tech – on my return this week. Where it began.

I had no plans back in 2003, none and that’s the truth. I didn’t expect to work around the world, backpack through endless countries, work for myself online or edit websites and plan travel apps. This is just what happened to me, in my life. Every now and then I pinch myself and contemplate what could have been if I didn’t leave Bangor. We don’t have to leave our hometowns, but I’m glad I did.

So go do it, at least once in your life – LEAVE YOUR HOMETOWN for longer than a month. And just see what happens.

It’s a crazy old world and you might not look back. 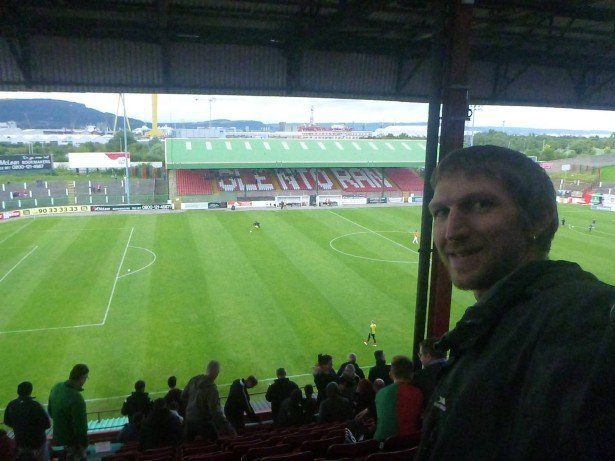