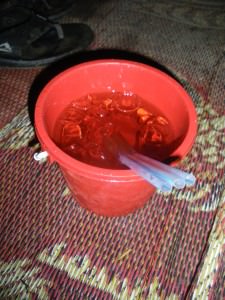 I did a random rant before about how this is my journey and I will go wherever I want. You sometimes feel the need to get things off your chest, and so here’s my second random rant on here. One thing that drives me mad and annoys me is seeing fellow travellers write things like “get this on your bucket list” or “it’s not on my bucket list”. Who ever invented this fucking term “bucket list”? I hate the term and I hate bucket lists, whatever they may be. The good news is there are plenty of buckets but there are no bucket lists! 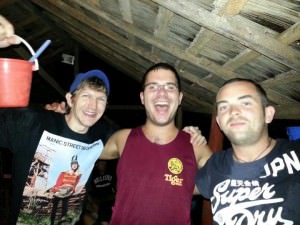 Drinking buckets of booze in “THE BUCKET BAR” in Vang Vieng, Laos

Buckets: What are they?

The only bucket I ever owned was as a child when I went to the beaches in Northern Ireland in the summer to make sandcastles. They were proper buckets. I once made a bucket list as a 6 year old, it was: 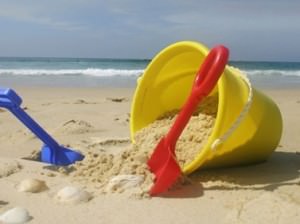 Sandcastle buckets are the only real bucket lists I ever made

1. Buckets for making sandcastles with (see picture above)

2. Buckets for drinking out of (like when you go tubing in Vang Vieng)

3. Charles Bucket from Willy Wonka and the Chocolate Factory

So like it or buck it, I hate bucket lists and I don’t have one. However here is a list of twenty things I’ve done on my travels which I was kind of ticking off, and a list of twenty more still to come:

Twenty Things I’ve Done on My Travels Unrelated to Buckets:

3. Hiked to Machu Picchu in Peru

4. Crossed the Equator on foot in Ecuador 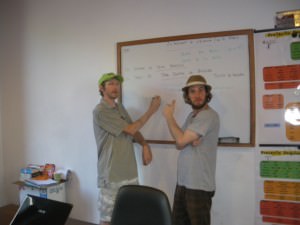 6. Worked on the world’s first broccoli harvester in Tasmania

8. Got paid to travel on ferries between England and France

9. Stayed with a local family in Soweto, South Africa

In awe of the world’s highest city in Potosi, Bolivia

11. Stood in North Korea at Panmunjom

12. Got soaked on both sides of the Iguazu Falls (Argentina and Brazil)

13. Worked as a Public Relations Assistant for Apple in London

14. Been filmed for a BBC documentary white water rafting in Slovenia 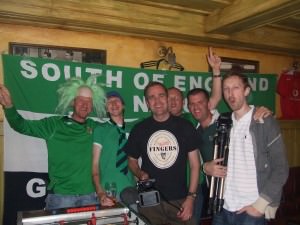 Partying and white water rafting in Slovenia back in 2008 with BBC Northern Ireland – great travel times!

16. Stood on Salt Plains in Bolivia

18. Been to the top of what was then the world’s highest building at Taipei 101

19. Rode on an elephant in Sri Lanka

20. Stared at the world from the top of the Empire State Building, New York 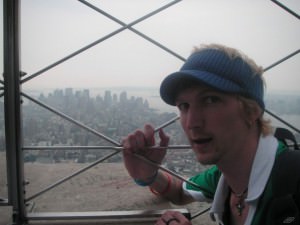 Checking out the view from the top of the Empire State Building in New York, USA.

Twenty Things I Really Want to do on my Travels in the future:

1. See a polar bear in the Arctic Circle

6. Sail down the River Nile

7. See a Cheetah Live in the flesh

8. Hike to the peak of Mount Kilimanjiro

11. Write a proper travel book on my adventures

13. Get married on a beach and in a church

14. Go to the top of the Burj Khalifa in Dubai, United Arab Emirates

15. Attend a wedding in the Middle East

18. Spend a night in the Sahara Desert

19. Get a free trip somewhere paid for by a tour company

So that’s my random rant about bucket lists. They just annoy me. Next time I hear someone say “get this on your bucket list”, I may just produce a bucket of cold water to pour on their head. There are no buckets, there are no bucket lists, though the oceans are wide and the mountains are high, it’s a small world after all. Let’s explore it in our own sweet way.

Don’t Stop Living – a lifestyle of travel (without a bucket, or a bucket list)