I’m going to be posting some articles on the website in the next few months, which didn’t make the cut for my book, nor does it merit another e-Book of its own due to the lack of detail. That’s not to say that it wasn’t cool, just other stuff pushed them out. I still haven’t written anything at all about my 2001 trip to Winnipeg in Canada so it’s time to put that right. In fact, had you not glimpsed at my Where I’ve Been page, you’d be unaware I even visited the Manitoban capital. This travel blog began life in Canada (in 2007), and while I’ve no plans to go back so soon, it’s nice to reflect and get things typed up before the memory completely fades. One of the reasons I don’t put the old stuff up is basically that I don’t have photos, but then I realise this is a travel blog and not a photo blog, it’s the words that mean more. 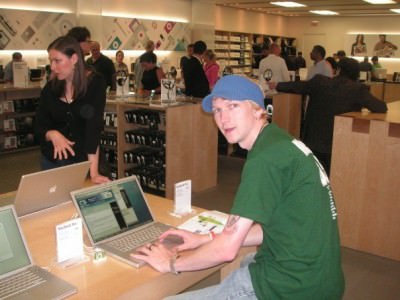 I use the term “backpacking in Canada” quite loosely, as this was in my days before I realistically became a backpacker. I did have a backpack however I wasn’t staying in hostels, I was staying with family in Winnipeg. My sense of wonder and intrigue for new places was still there and immediately we were loving our trip to Winnipeg. I was there with my family – my Granny Mary, Muriel and Joe (my Mum and Dad), brothers Marko, Cathy and Danny. My cousin Alison McCullough from Belfast in Northern Ireland was getting married to a Canadian guy, Chris. I’ve added a few photos from Toronto to this post incidentally, as the few that I took in Winnipeg in 2001, I simply can’t find them. 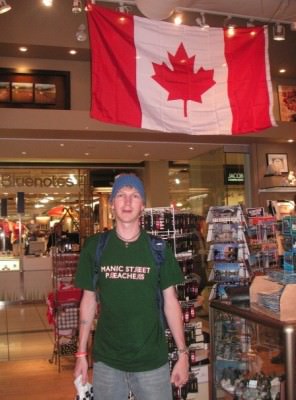 We arrived into Winnipeg by flight from Toronto Pearson airport, given that it was a quick 10 day holiday, this was fair enough. We did toy with the idea of getting a Canada Motor Home Rental and driving ourselves there, but with me being 21 at the time and a less experienced driver, it would have been crazy to ask my parents to drive so far on a holiday they were meant to relax on. We were picked up at Winnipeg Airport by Jimmy, my Mum’s cousin. 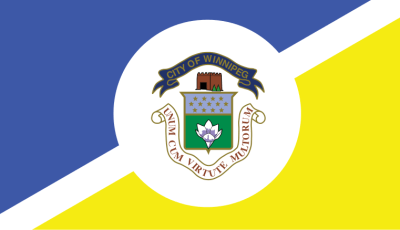 My family is spread around the world more than I’ve spoke about before. I have relatives in Northern Ireland, England, Catalonia (Spain), Australia and Canada. We were staying with Jimmy and Andrea and we had three nights and three days in Winnipeg. 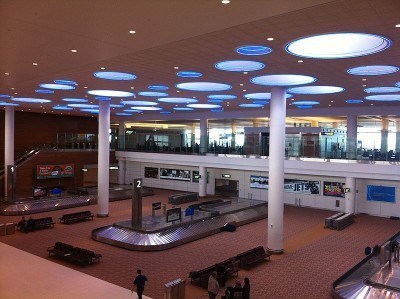 Day 1 – Rural Winnipeg Tour and Dinner
On the first day after arriving, we headed out with Jimmy to the rural area near their house for a walk. The walk took us through countryside and past a river and an old mill. We got inside the mill for a look around. After that Jimmy drove us to an Off Licence to get some beers, and my Dad and I got some free samples in there. We got some beer called Kokanee and to date, I rank it as one of my top 5 beers. I loved that Kokanee beer in bottles, and I am sure in a box somewhere I kept a label of it and a bottle top for my beer labels and tops collection.

We visited Niagara Falls on route to Winnipeg

After the walk and trip to the Off Licence, we returned to Jimmy and Andrea’s house where we were staying. Jimmy gave us a tour including the basement. We were there in August/September 2001 and it was summer. Jimmy told us that the freezing winters have given the city the nickname of Winterpeg. We had a big dinner with Jimmy, Andrea and their daughter Kendra and her husband Greg.

Day 2 – Winnipeg Wedding
The next day was wedding day and we were up early. Alison and Chris got married in an Anglican Church in downtown Winnipeg. I had a look on Google Maps and for churches in the Peg and couldn’t work out which one it was. I actually made the video for the wedding, as requested by cousin Michael (who I haven’t seen since!). My sister was bridesmaid. 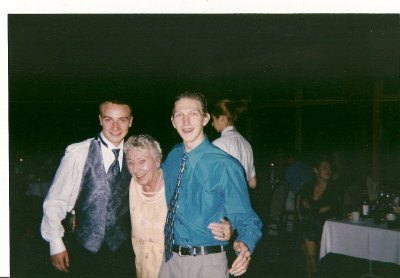 After the wedding there was a gap in the afternoon where I think we relaxed and saw some more of the city, then we headed for dinner and the evening function. This was held in a swanky golf club on the edge of Winnipeg, and when I Googled for it, I reckon it was the Glendale Golf Club (sadly their website is offline currently). The speeches were said here and we drank the night away. It was all you can drink at the bar and in those days I was close to my cousin Gary, Alison’s brother. Gary and I partied together in Bangor and Belfast back in those days and here we did in style in Winnipeg. We worked our way through Canadian beers then I got onto Clemata Juices for the rest of the evening! I was supposed to stay at Jimmy and Andrea’s that night, but partied late and missed the taxi/lift home so I stayed with Renie, a relative on Alison and Chris’s side of the family. I remember staying in some kind of basement room in Renie’s.

Day 3 – Backpacking in Winnipeg
We were up for breakfast on day 3 and I was then given a lift back to Jimmy and Andrea’s before getting changed and heading out to see the sights of the city. I simply can’t remember the sights, but a lot of them were quick stops in the car and we only really parked when we got to a shopping centre by the river.

I have two vivid memories of this part:

1. Seeing the place where the Red River and Assiniboyne River meet – a place called the Forks. I liked it, we walked all around this area and had a bite to eat or a coffee down here.

2. A clown was drawing pictures in the sun. He was a happy clown, my brother and I gave him a few dollars each for a picture of us. It was a cool picture and at the time I remember I was wearing a stupid hat that I had bought in Toronto.

In those days I was into poems and lyrics rather than travel blogs and I wrote some poems on that trip, one on Canada appeared on my “A Lyric a Day” blog which was a blog I made in 2009 aiming to write one poem/lyric a day for a whole month. In fact, that’s the first time I’ve checked that blog in about 3 years! 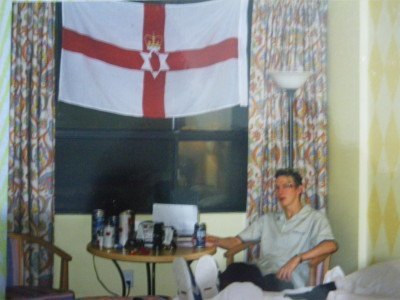 Day 4 – Leaving
We had a big breakfast and it was time to leave Winnipeg. We had a triple flight back to Belfast, it would be Winnipeg – Toronto – Gatwick – Belfast. Northern Ireland had a match against Denmark at around the time of the flights and I remember asking a stupid English guy in Toronto Airport for the score and he seemed to think we were playing Germany and that Ireland was one country – yes, a stupid English guy.

It was at Gatwick airport in the end when I found out we got a 1-1 draw away with Philip Mulryne getting our goal. This hat-trick of flights would also be something of note – it was my last three flights before the horrors of September 11th 2001. Things for a traveller, would never be the same again. I brought my mates home some Canadian beers and they were big cans and I took them all in hand luggage – I can’t do that anymore (unless I buy them at the airport after security). 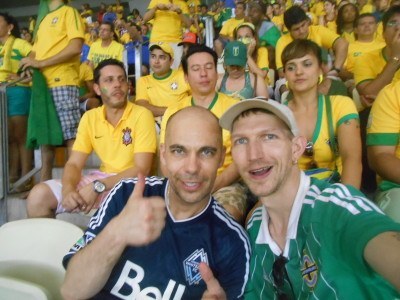 So that was our four days in Winnipeg as I recall, we also had four days in Toronto and two days in Niagara on the same trip. Last year at the World Cup in Brazil, in the city of Fortaleza, I met Canadian traveller Dorian Cosgrove in the J Sun Hostel, also from Winnipeg and he went to the Brazil v. Mexico match with me. It was yet another “full circle” on this crazy journey. For Winnipeg, I am sure one day I will be back.

4 thoughts on “Backpacking in Canada: My Cousin’s Wedding and Touring Winnipeg in 2001”