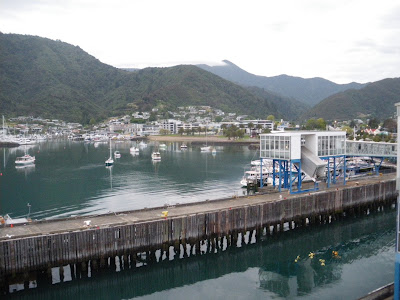 Picton makes Larne or Portavogie look like a big port. Picton is the gateway to the north island of New Zealand. For those who despise flying as much as me, this place is perfect for getting a boat from the south island to the north island, and vice versa. Plus it ain’t dear. 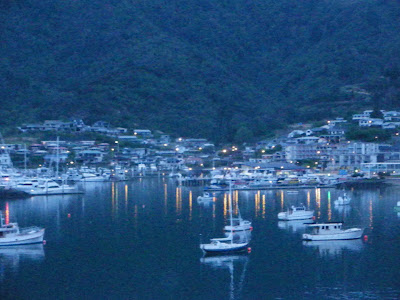 The service, the interislander has three ferries and is a dream crossing for many. Having since travelled on the world’s most dangerous stretch of water (The Drake Passage), and worked manys a time on the English Channel, this wee crossing was a gem. 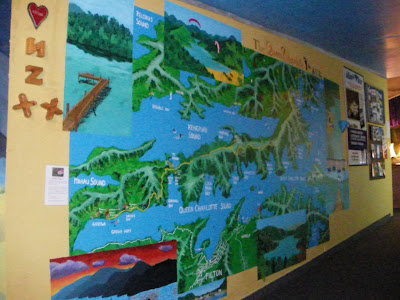 However let’s mention my 14 or so hours in Picton, which I slept for just 2 of. My desire to see the town itself was ruined by New Zealand’s long nights of darkness. 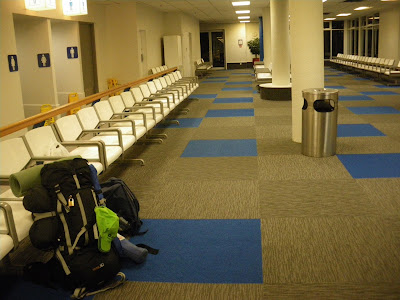 I arrived in late at the ferry terminal, where my bus dropped me off. I was booked on the early morning ferry however, and was going to spend the night awake in the terminal updating my blog, notes and photos. However the lady in there informed me that they closed their doors at 10 pm and opened again at 5am, so I had 7 hours to hang around outside. 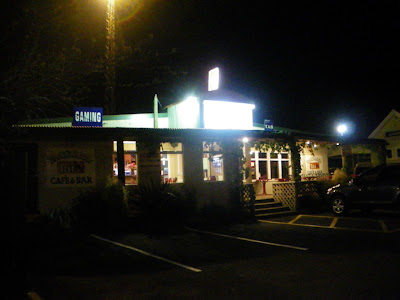 Plan B was to ask if I can wait in a hostel for free until sunrise before leaving to get my flight, with myself setting a maximum spending of $10 NZ on this venture. I first tried Picton Lodge, but they wanted me to stay the night, yet would charge $22. It was closer to the ferry terminal for sunrise, but I said “see you later” to the un-customer friendly grey haired owner. I urge you all never to stay in Picton Lodge. EVER. Customer service there sucks. “I’ll give you $10 if I can sit in the lounge” I said and he turned he down! Dickhead! 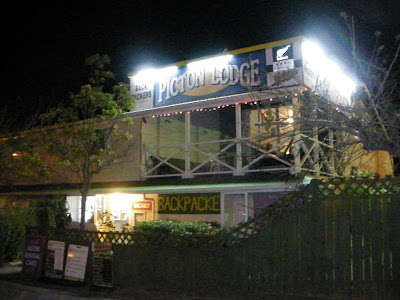 Then I was welcomed with open arms to the Atlantis backpackers, almost exactly across the road (with a roundabout in between I think). The lady in there on reception was customer friendly and focused. She could see my desire for somewhere to land for a few hours before I get my ferry. I was tired and restless. 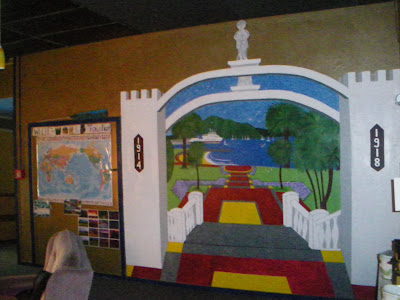 The lady was called Sheara and she came from New York. She was so kind, even saying I could sleep on a settee and get a locker for my bags. It was 10 pm. I gave her $10 for her efforts. Plus I got free tea or coffee, and if I had wanted to join in the party, I’m sure free goon wine would have came my way. 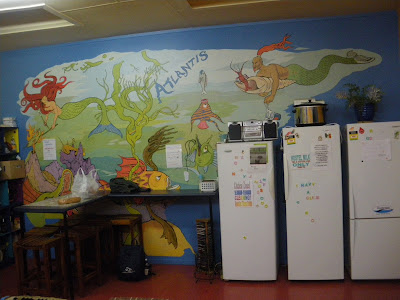 In there I settled in, sat on the settee. I mingled with the Estonian and German crowd, two of whom worked there and one of whom gave me some free wine. 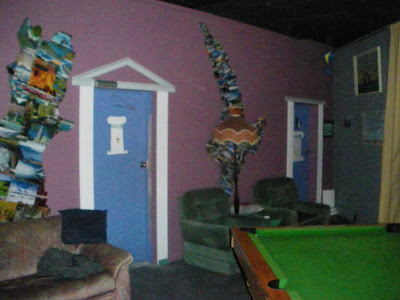 I had a quick sleep. 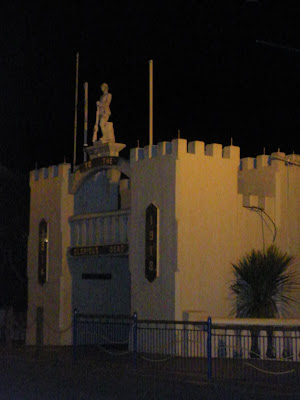 Around 4 am I decided on a quick dander round town. But everything was so DARK, obviously that I could do no sightseeing at all. 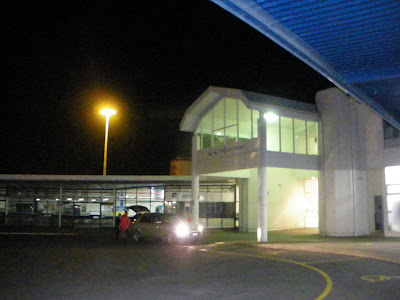 The ferry terminal at night. 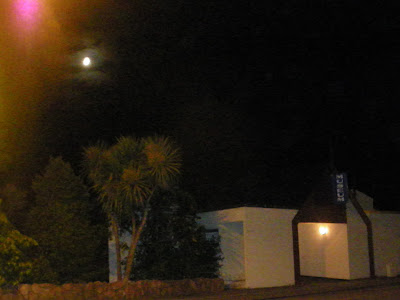 The moon shines over Picton. 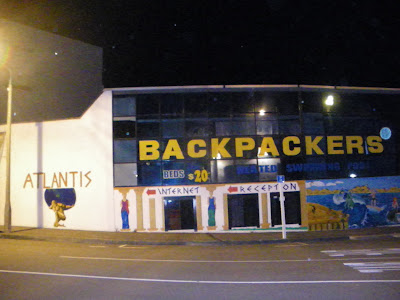 The backpackers where I spent 10 hours or so. 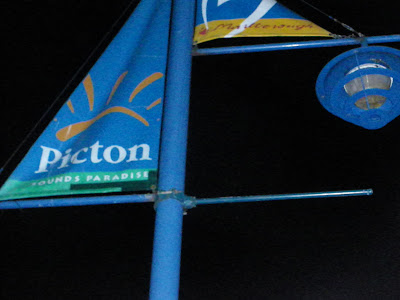 The signs on city lamposts – Marlborough being the local council. 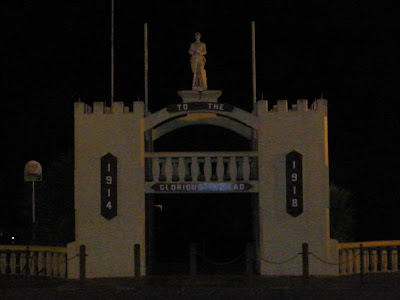 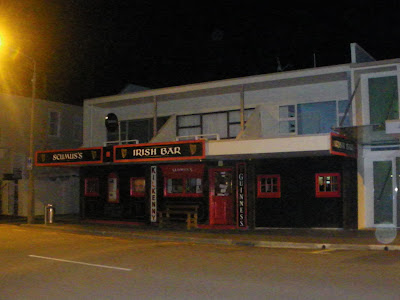 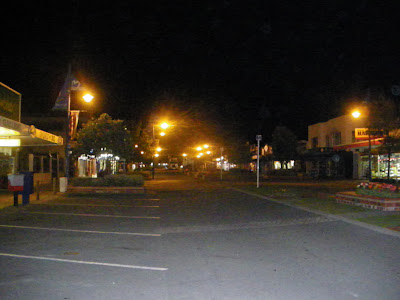 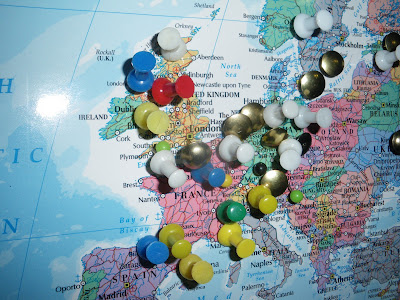 Someone from Belfast/Bangor had already been. I noticed Debrecen on the map, without a Hungarian ever to have stayed there. 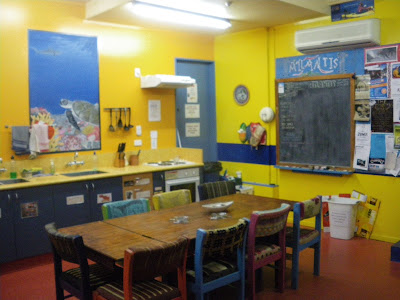 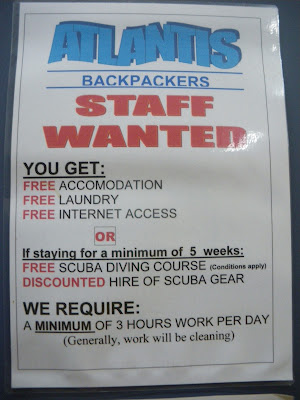 Almost applied for the job. 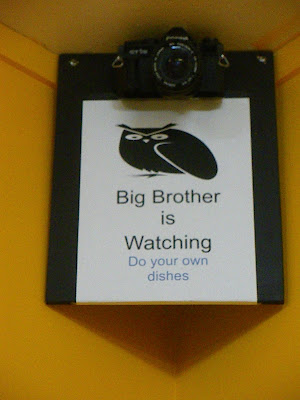 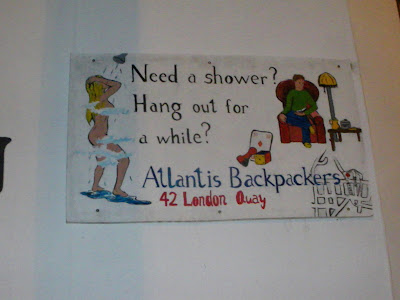 Welcoming – they must regularly get “lock outs” waiting on the morning boat like me…sadly the fake blond didn’t join me in the showers, which were great. 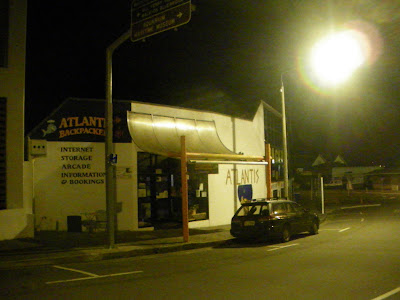 Early morning I left Atlantis backpackers and headed on the 4 minute walk to the ferry terminal ready to leave the South Island. I’ll report next on my trip out of Picton, and across to NZ’s capital of Wellington onboard the Interislander ferry.

Where I Stayed – Almost the ferry terminal, but instead Atlantis backpackersKey Song – Midnight at the Oasis (OK it wasn’t but you get the idea):
BRAND NEW HEAVIES – MIDNIGHT AT THE OASIS:

MIDDLE OF THE NIGHT IN PICTON:
LOADING ARAHURA IN PICTON: