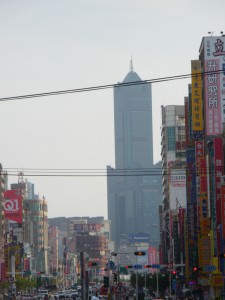 Backpacking in Kaohsiung – a throbbing, thriving city in Taiwan. 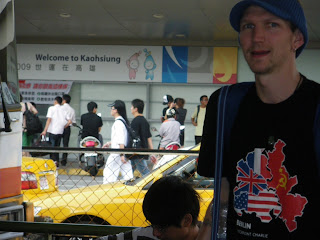 So its pronounced “cow shung” (and spelt Kaohsiung ) and so it is the second biggest city on the island of Taiwan. It was the fourth city Natalja, Neil and I visited properly on our Taiwan tour. I had no idea what to expect. It turns out it was pretty much the same as the other cities, just bigger – no foreigners anywhere, no English speaking people, amazing food and proud people. The trip to Kaohsiung began with Lotus Lake (see previous post) and a visit to Chengching Lake to watch the Baseball (also on a previous post). We ended up doing the sights we wanted to see in Kaohsiung in between times, and over the course of 2 days. The city centre is very big and very easy to navigate round. The streets are in square system similar to that of New York. We got a free map at the station (train and bus all in one), and from there could pick out the extra sights we wanted to see. 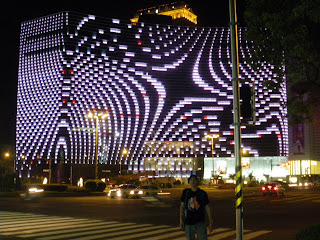 For me, the main attraction was Love River, the well cared for river by the seafront harbour. Trees, flowers and busy traffic blur into the background of the bridges that cross the river. On one side, sleazy, non commercial area and local bars (my opinion only). On the other side, Kaohsiung’s proud buildings, the park, some nice bars and restaurants and tidy pretty streets. The park itself is even comparing itself to New York. “Central Park” it reads in English on exiting the underground station. Incidentally the underground system in Kaohsiung is very fast and effective, and it was also my first underground train experience in Taiwan (the second, and only other one would come later..in Taipei itself). Instead of a ticket or a card, you get a blue plastic coin which is scanned in to enter and also dropped into the underground exit barrier on the way out. It was really cheap – I’m estimating about 20 pence for a trip. 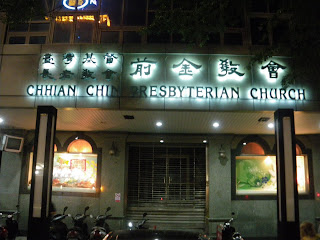 Central Park has fountains and a small lake. Plus on the way up it has a blossoming array of yella sunflowers for ladies such as Natalja to pose for photos. My photo opportunity came at the more obvious office style building on a busy crossroads corner. The building when lit up at night contains an art design featuring squares and rectangles. By day its white and black on the side and looks like any office in the world. In there the big businesses are designer clothing, brand names and world wide popular companies. It think they are the likes of Giorgio Armani etc. I just liked the building. 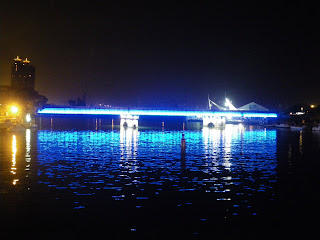 IT was also on this street (+++) that I found my first Presbyterian Church on my Taiwan travels. I was pleasantly surprised. This was the ultimate photo opportunity and though the church was closed, I found it appropriate to pray outside staring at God’s sky. The same one that lingers over Ballycrochan Presbyterian Church in Bangor. I felt at home. Kaohsiung also acted as a “waiting town” for us, as twice we got a bus/train from there onto another location. However 2 days there were short yet enough to take in what it had to offer. Its a modern Taiwanese metropolis, vibrant and economically growing. Did I mention we also did a bar crawl there and went to the night market? Time is up for Jonny Scott Blair in Kaohsiung as our bus headed east one morning to Taidong…and a road trip up the east coast after exploring Eluanbi and Kenting. 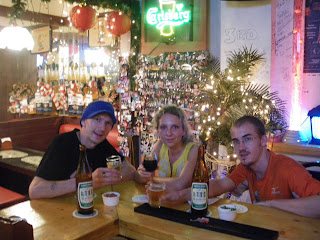 Don’t Stop Living is an endless journey round the globe by a passionate travelling Northern Irishman. Jonny Blair has built a lifestyle of travel and encourages you to do the same!

4 thoughts on “Backpacking in Taiwan: Kaohsiung or Cow Shung”