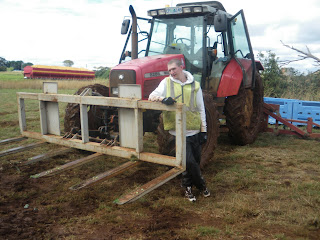 If you’re reading this and you’ve heard of Moriarty, it’s probably because you’ve been there. If you haven’t been there, I can’t think of any reason why you’d have heard of Moriarty. It sounds like an artistic graveyard. It was for the remains of thousands of broccoli plants that I cut there. Working Wednesdays took me to this remote farming village in Tasmania, Australia for broccoli harvesting!

When I asked my workmates Hayley (my manager) and Curtis (a local) where the city centre of Moriarty is, they pointed to a “community hall” and a Fire Station. Blink and you’ve missed it. Welcome to Moriarty. It’s basically a village of farms east of Devonport. 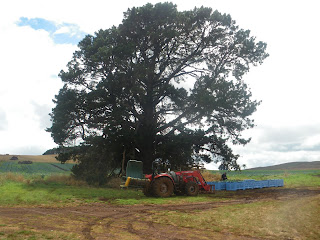 On my second day of broccoli cutting I was driven out to Moriarty. There I first worked with Greg, who would work with me in Tasmania right until the final day there, some 4 and a half months later at a wet cauliflower field in Ambleside. 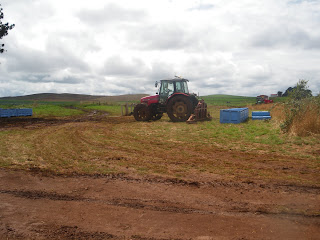 It was a wet day, a not so fine introduction to farming life. I didn’t own a pair of Wellington Boots (or Gum Boots as Australians will have you call them) and on the first day (a very hot blistering summer’s day) I had borrowed a pair from Hayley at Work Direct (the agency I joined in Devonport). However that pair were far too small and tight and hurt my feet. So I had already ditched them in favour of my trainers. 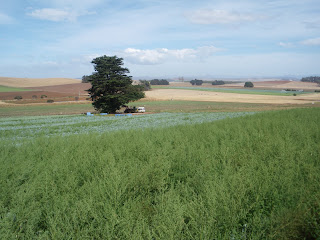 Now wearing trainers in a rain drenched broccoli paddock isn’t a good idea. Your feet get soaked, they get cold, and at the end of the day I had written off my pair of trainers and a pair of socks. Not to mention the fact that my once fashionable jeans were condemned as well, though I dragged them out to last me until the end of my farming time in Tasmania. 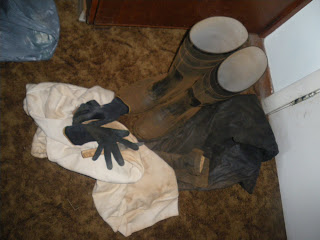 The trainers and socks were binned. After work that day, I walked to K-Mart in Devonport and bought a pair of “gum boots” (that’s Wellies if your British like me), for just $22. That day of wet trainers was as bad as it got. My wet weather clothes and “gum boots” would solve most of the problem. And actually until my final day in Tasmania, the rain was NEVER again as bad as it was on day one in Moriarty. 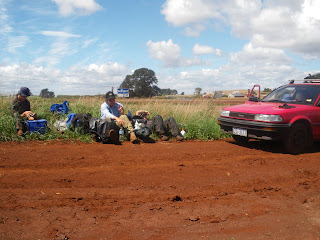 I worked with a pretty local girl there, Christi Emery, she explained to me that she can see her house from the broccoli paddock! Christi lived a busy life, spending her days on farms, and her spare time riding horses and going to motorbike tournaments. I enjoyed working with Greg, a good honest typical Aussie/Tassie lad who takes no shit, gives no shit and has stories to tell. And always something to say. 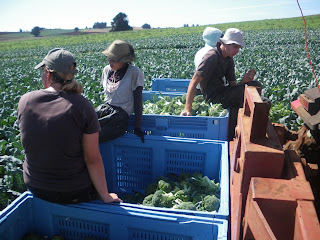 I also worked with a few travelers from the hostel and around the area. There was Lee from England and his Japanese girlfriend Jeana. I only worked one day with them! There was Cameron, who played Aussie rules football. And the Spicer brother, Tyson and Tycho. We had a good crew and there was always someone different to chat to. 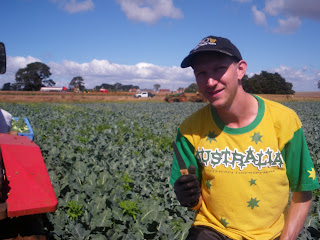 I DIDN’T TAKE ANY VIDEOS AT MORIARTY, BUT I FOUND THIS ONE –
Join 15,017 Monthly Readers! If you enjoyed this article and LOVE travel and SAVING money, get e-mail updates from Don’t Stop Living – a lifestyle of travel! (It’s Free) 😉 Jonny