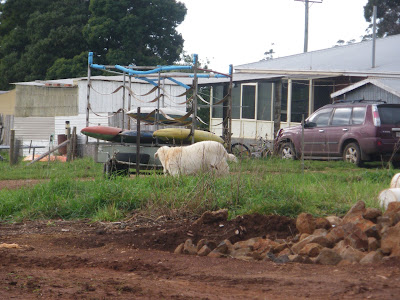 Living in Tasmania it’s not an exaggeration to say you see as many animals as you do people. Another of my cauliflower farm stints was a day working out at Sharman Farm in Kindred. Where? Yes, I had no idea where Kindred was either until I was asked to work there, as was what happened on my of my previous working Wednesdays on here from remote farms weeding cabbage paddocks, harvesting broccoli, planting pyrethrum and purifying echinacea. 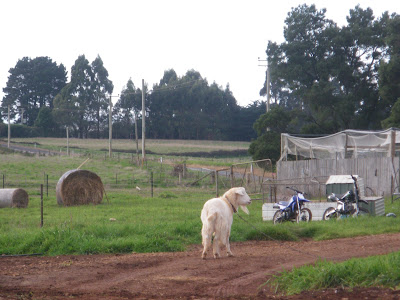 Sheep, dogs and cows were all in the fields nearby, and working on the cauliflower that day was just myself and three others. Plus the tractor driver. It was memorable in that it was probably my toughest day in five months of farming work. I remembered that as my back was sore that night. The main reason for this was that the other lads were all very experienced farmers (well they lived and worked on farms every day of their lives) and therefore the tractor was driving much faster than normal. It was harder work to keep up! But I relished it!

Where I had my lunch – the car park/driveway in the lonely Sharman Farm at Kindred, Tasmania. 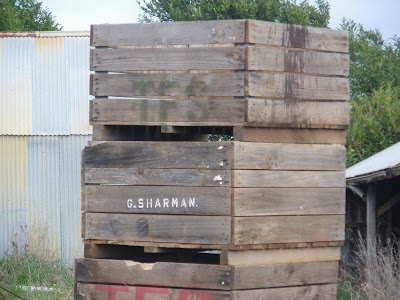 Personalised boxes/crates ready for cutting fresh cauliflower and putting them in. G. Sharman. I never found out what the “G” stood for, either Graham, Gareth, Gordon or Gary I’d assume. The owner of the farm was a decent lad – a real hard grafter with a bit of respect for the Irish. 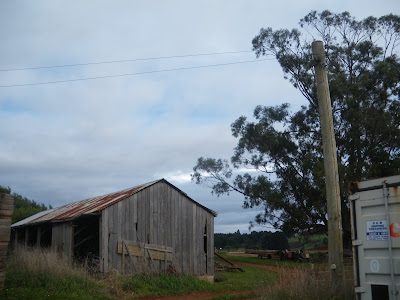 This was really out in the wilderness at this farm. Not sure how many miles south of Devonport but  it was a decent drive back to the seafront that night (where I used a free shower). 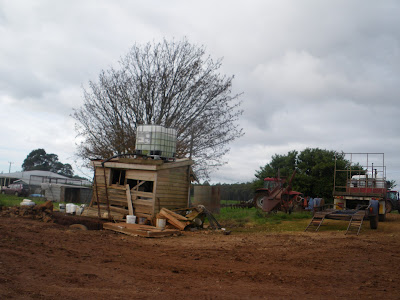 Again, my day at Sharman Farm was just a quick one day job as I was actually stationed out at Ambleside Farm in East Devonport on Phil’s Farm. Phil’s Farm was my main job, but on days off from it, I was happy and willing to work anywhere in Tasmania, hence why these extra stories crop up on here. I certainly didn’t have many days of while living in Tasmania and I was definitely living the sheltered, hard working lifestyle of a typical Tassie Farmer. Good times.
Where – Sharman Farm, Kindred, Tasmania, AUSTRALIA
Who I Worked With – Leigh, Josh, Stuart and the Sharmans (all Australian)
What I Did – Cut Cauliflower
When – June 2010
Rate of Pay – $19 AU Dollars per hour
Key Song –
THE RATTLES – CAULIFLOWER (had never heard of this song until now…):
My Videos –
(Well I didn;t make many videos while harvesting cauliflower nor do I have any from Sharman’s Farm, but here’s one and a sample of Tasmania):
CAULIFLOWER HARVESTING IN TASMANIA:
DRIVING ON THE WESTERN WILDERNESS OF TASMANIA:
Join 15,017 Monthly Readers! If you enjoyed this article and LOVE travel and SAVING money, get e-mail updates from Don’t Stop Living – a lifestyle of travel! (It’s Free) 😉 Jonny