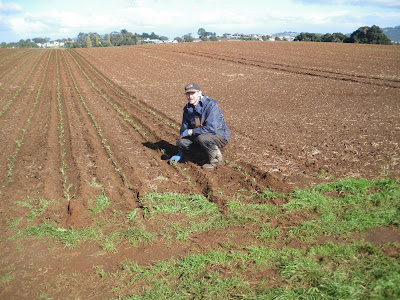 Every Wednesday I bring you a random working Wednesday from my travels. This one ranks as probably the most bizarre job I’ve had to date. Considering the fact that I didn’t even know what on earth pyrethrum was when I started the job makes it even funnier. And unless all of you reading are liars (or well educated in intesticides), its most likely you didn’t have a clue what it was either. Well I’ll tell you… 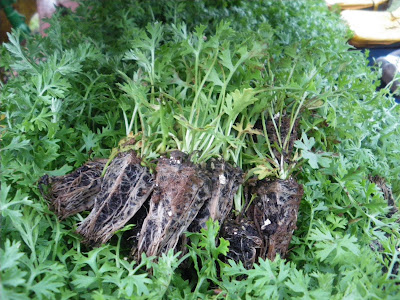 Pyrethrum is a plant which grows into a flower and this is then used in intesticides. That is to say fly spray and fly killer – those types of things. There is big money in it. It starts off as a very small plant. 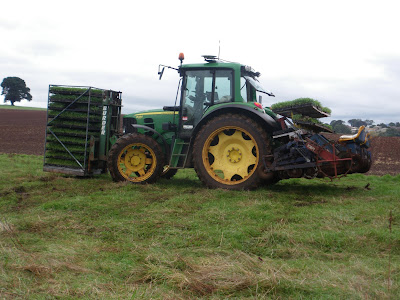 It was my job to walk behind the tractor and the automatic planter and plant all the ones that were missed. Basically the Australians were sitting on the six seats at the back of the tractor on the automatic planter. Each Australian would be responsible for one row. Then there had to be three of us walking behind carrying a crate of pyrethrum plants each making sure none were missed! 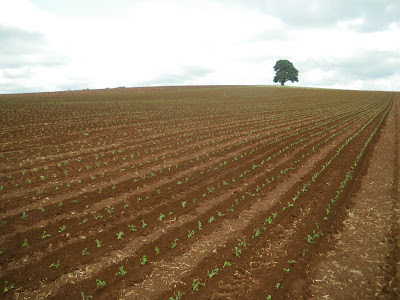 Sometimes a lot were missed, sometimes the walking was easy, sometimes the plants also got stuck in the planter. I was working down in Poatina in the centre of Tasmania when I got the call about pyrethrum. It seemed like something was about to change. 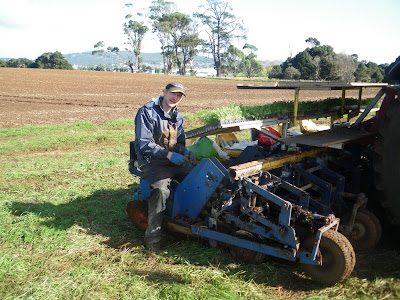 One Friday while cutting broccoli, I thought I was being taken off broccoli and onto potatoes the next day, as Rebecca, our boss asked Pierre (a French workmate) and I if we would like to go onto potatoes. I was looking forward to it and the next day I assumed I’d be on potatoes, But then something changed and when we finished work we found out that actually the four positions on potatoes had been taken, by Damien, Vero, Sev and Ben (another 4 French workmates). 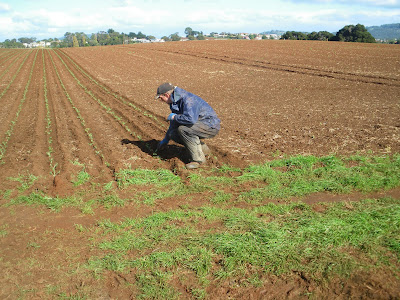 It looked like we had to take a few days off from broccoli at that point, until I got back to the campsite in Poatina when Pierre said “we’re driving to Devonport to do planting”, sure enough Rebecca and Diane had called and organised us to do planting for two days, initially. The planting was to be up north in East Devonport and it was already almost 7 pm, so we had to drive up there. 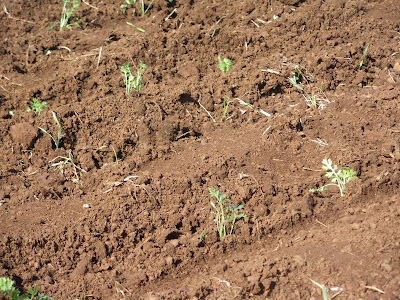 This was the first night I stayed at Coles Beach, a location which I stayed at quite a bit while in Devonport. Its a car park by the beach with some picnic tables and free public toilets. Its common for campers and travellers to stay there. 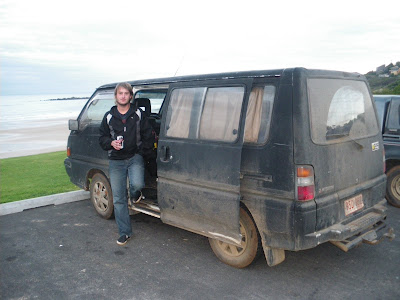 So we stayed there in our vehicles. Pierre had an awesome Aussie outback style black camper van, fully and cooly kitted out. We were up before sunrise for the planting at a ploughed field in East Devonport. 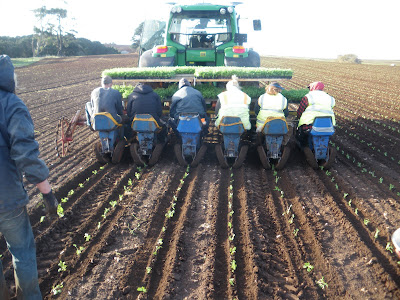 We walked behind the planters each carrying a 15 x 15 black crate of pyrethrum plants to plant. It was up and down the field all day doing that. It was fairly boring, but good money and another interesting experience for me. 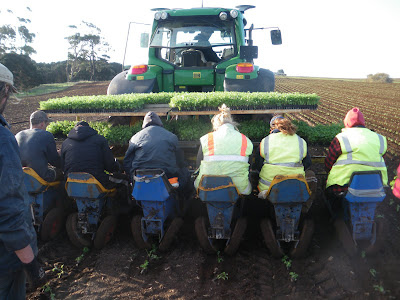 I enjoyed it for what it was worth, doing a further 4 days in total of pyrethrum planting, before going back to harvesting vegetables. The pyrethrum can take up to 6 months to grow and can even stay in the same field for up to 5 years. I’m happy that I’ve contributed to the killing of flies and disease in some way. At some point in life, somewhere, somebody will buy a fly spray made from pyrethrum I planted, and they will hopefully make life easier for themselves.
Nationalities worked with – Australian, English, French
Where I planted pyrethrum – At two fields, one in East Devonport, one in Don (on the road to Forth)
When I planted pyrethrum – April – May 2010
Where I stayed – In my car at Coles Beach, Devonport
Number of plants planted – 3,000 perhaps
RELAXING AT DON, BEFORE PLANTING PYRETHRUM ONE DAY IN MAY:
PYRETHRUM HARVESTING:
Join 15,017 Monthly Readers! If you enjoyed this article and LOVE travel and SAVING money, get e-mail updates from Don’t Stop Living – a lifestyle of travel! (It’s Free) 😉 Jonny