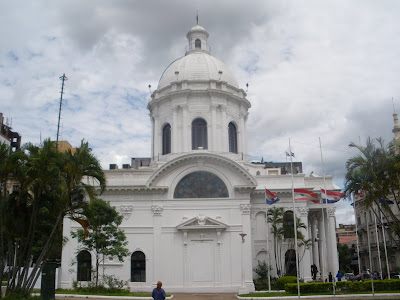 In many ways, or perhaps in every way, the very naming of Paraguay suggests that this central country is worthy of the title, “the umbrella of South America”, and probably only in my eyes. That’s what I call it, and nobody else has ever called it that. 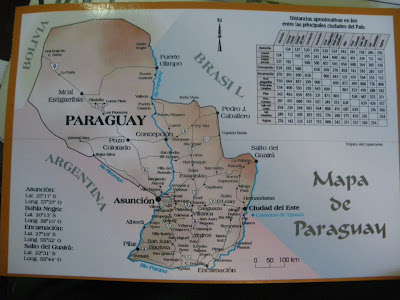 So why do I call it that? Hidden, unknown, private, enclosed, surrounded and in its own pretty way sheltered from the drama and over promotion of its various neighbours. Most people on this planet will name Brazil and Argentina as the first two South American countries to enter their heads. Me so far, I prefer (and by a long way) the umbrella country of Paraguay and indeed the confident self assured nation of Uruguay. 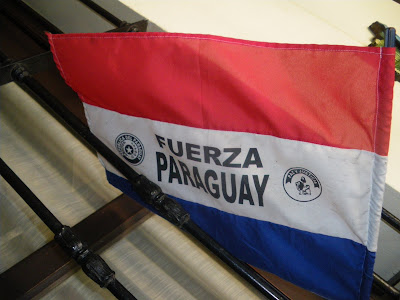 While studying Spanish in Uruguay amidst enough entrigue to grow my heart fonder of South Americans, I was to learn that the word “paragua” means umbrella, in simpler terms, “agua” means water and adding “par” to a word of term, negates the meaning, or enhances the reason, so “paragua” is basically “beating away water”, a nice translation for such a horrid device. Indeed I have never owned and will never own a “paragua”, umbrellas are not for me. Nature intended us to get wet so why not. I often find a chilling sentimental charm in getting drenched, getting soaked. 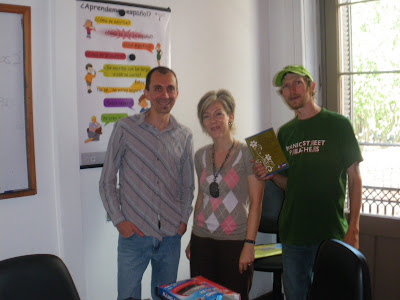 So I asked my Spanish teacher Esteban if there was an obvious connection in the naming of Paragua (y), which just adds a “y” to the word umbrella and he said there wasn’t. That gave me even more intrigue and every reason to book the direct bus out of Montevideo to Asuncion. 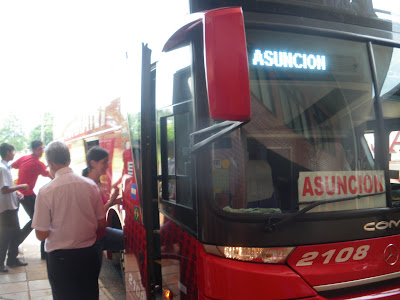 Asuncion being Paraguay’s little known capital. Over the next week or so in Montevideo things changed and the bus option I had took me through Argentina and Brazil first before my arrival in Paraguay. This worked out slightly cheaper and better than the direct option, also giving me the bonus of my first venture into Portuguese speaking Brazil (I was NOT ready for the language change one bit) and also a few days in the dreamy dreary rain drenched (bring your paraguas) Puerto Iguazu. A maze of mystical natural waterfalls which enhanced my mood and had me ready for the obscure unknown venture into the umbrella paradise of Paraguay. 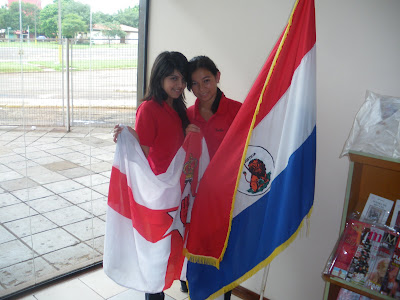 I have a tale or two about Paraguay to tell and indeed the country and it’s people will always be remembered. From the forlorn “chipa” sellers on a rain soaked bus journey from east to west, to the scary bag slashers awaiting border crossers at Ciudad Del Este, to the local girls of Ciudad who posed seductively next to my well travelled Northern Ireland flag, to the lovely Lilian at Black Cat hostel in Asuncion whose passion for her undermined capital would have even the un-travelled ready for an adventure, and finally to the busy proud family lady on the busiest bus of all time, who alerted me of my stop, minutes before the city of Luque, so I could find the safe haven to my flight out of Paraguay from Silvio Pettirossi International. 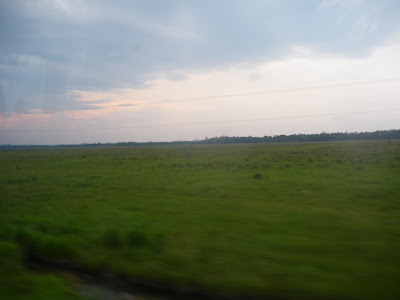 Nice country you have, Paraguay. I hope you never lose your charm. So separate, so different and so under-estimated by the esteemed traveller. 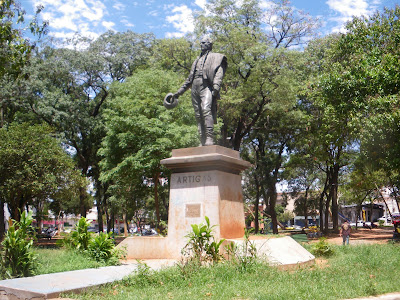 Go check out this wonderland, and don’t pack your umbrella for fuck sake. It’s just a name. But a nice one.
Country Name – PARAGUAY
Spanish Word For Umbrella – PARAGUA
Cities in Paraguay I visited – Ciudad Del Este, Asuncion
Cities I missed and want to see sometime – Encarnacion, Trinidad (amongst others)
Umbrella – Paragua, Parasol (bate the rain/bate the sun)
Big thunderstorms I’ve experienced were in – Bangor, Belfast, London, Kuala Lumpur, Tailuga, Parramatta, Cradle Mountain, Iguazu, Cuzco.
Most famous Paraguayan in my eyes – Jose Luis Chilavert (the man who made being a goalkeeper “mas loco”, for a period of time)
Capital City – Asuncion (2 million)
Paraguay Population – 6.34 million
And one final thing – Don’t buy my bullshit idea on the country’s name, if you really must know Paragua does mean umbrella, but here’s a more rational explanation about the naming of the country:
The official name comes from Guaraní and the literal translation is: Para = of many varieties; Gua = from, belonging to or place; Y = water, river or lake.
There is not a final conclusion of the origin of the name “Paraguay”. The most common interpretations along the nation’s history suggest:
Key Songs –
MANIC STREET PREACHERS – UMBRELLA:
WET WET WET FOR PARAGUAY – IF I NEVER SEE YOU AGAIN ( I HOPE I WILL)
CROSSING THE BORDER INTO PARAGUAY:
A MILITARY PARADE I FILMED IN CENTRAL ASUNCION:
JOSE LUIS CHILAVERT: