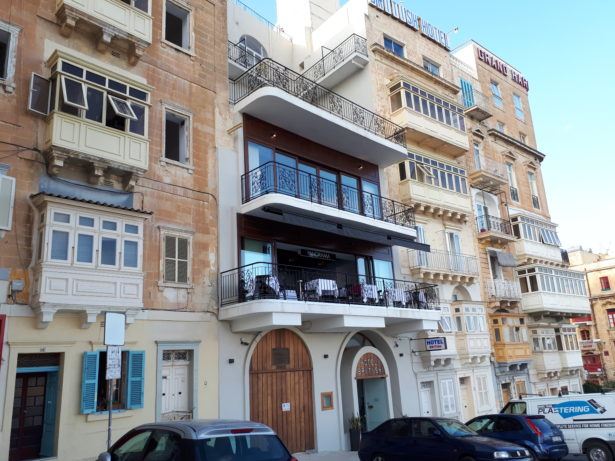 My Stay at The Famous British Hotel in Valletta, Malta

Arrival in Malta in September 2017 was something of a surprise to me and to my followers. The truth is that I have really only backpacked one new country in the last 12 months. That is so odd for me as before I decided to relocate to Poland, I was backpacking the world pretty hardcore – 154 countries were swallowed on my journey with normally at least 10 new ones per year, but 2016 – 2017 was different. I met friends who chose to lie to me about petty things rather than choose honesty and I was too depressed to travel anymore. Yes, I did visit some micronations and debated republics, but Mongolia was my only globally recognised new country in 2017, in fact over a period of 11 months, Mongolia was the only new country, the last time that happened in my life was 2003… 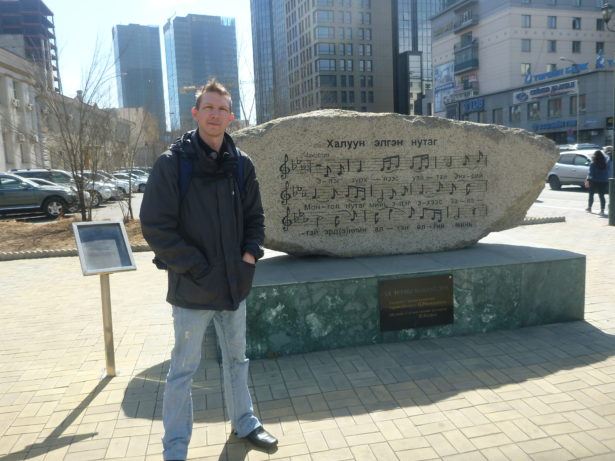 Malta was my second new country of 2017, and I was also here to check out the obscure and absurd Sovereign Military Order of Malta – the only UN recognised country / entity with no official land. However, I found out they lease part of Fort St. Angelo in Birgu, Malta so touring that place was high on my agenda. First up, I needed a good hotel for my first two nights here. I chose the famous British Hotel in Valletta, Malta’s capital city, an inspired choice. 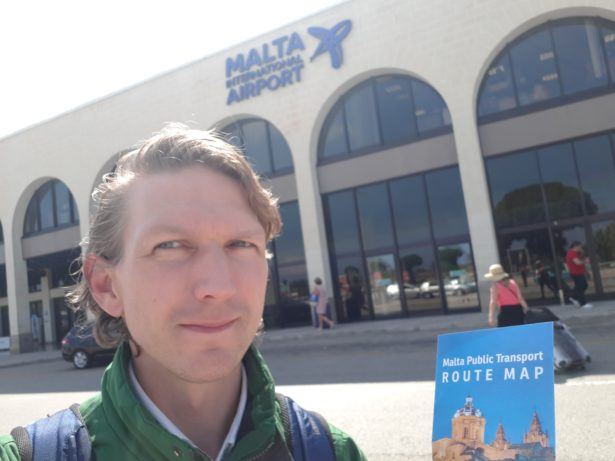 Surprise arrival in Malta in 2017 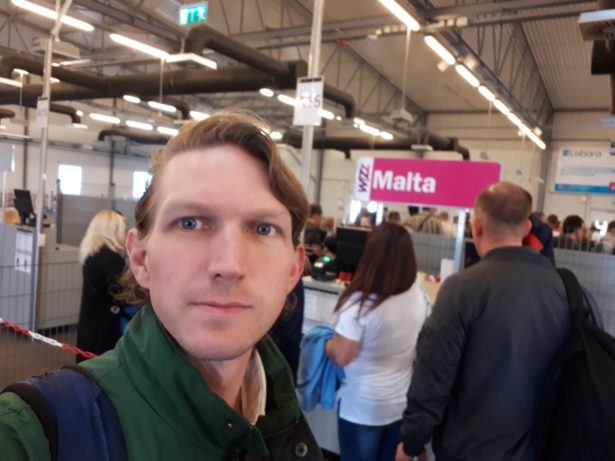 The “British” is famous – it was one of the first hotels in Valletta, the capital city of Malta. It’s a unique two star hotel with breathtaking views over the grand harbour, one of the biggest natural ports in Europe. The Hotel has 44 comfortably furnished guest-rooms. All rooms have an en-suite with a bath or shower, Wi-Fi, air conditioning and a phone. 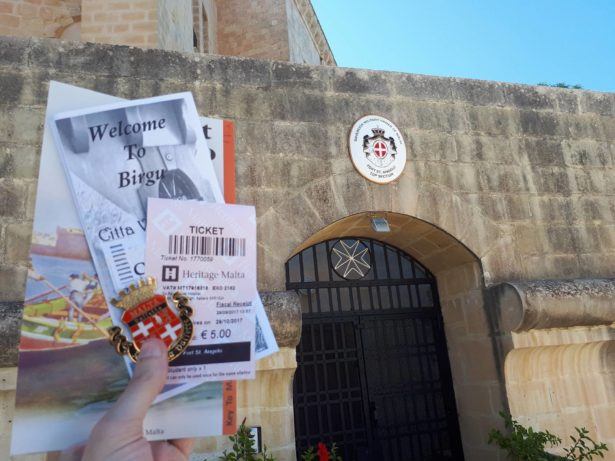 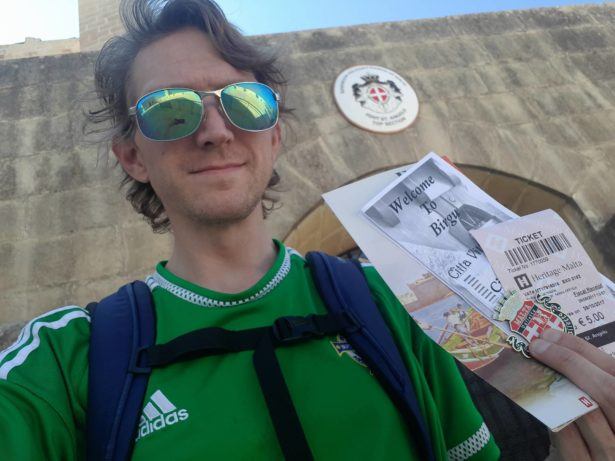 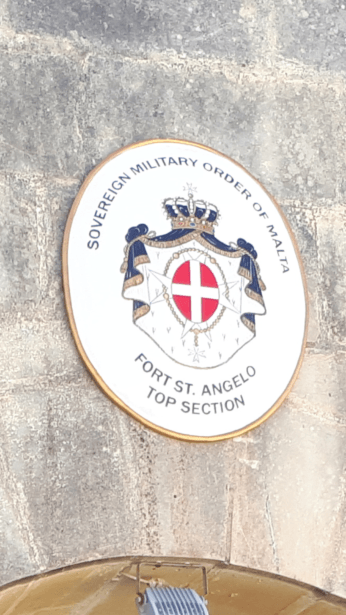 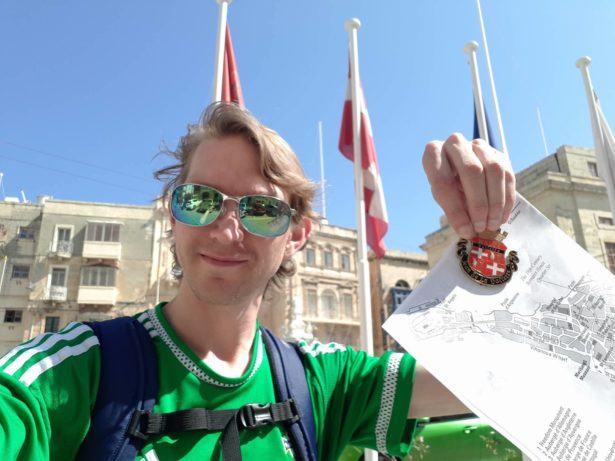 I was checked in by Jake, ready to explore Malta and this was a brilliant base for my first two nights. Here are my top 5 reasons to stay here when you tour the Maltese capital city of Valletta.

1.Views
The British Hotel is in a seafront position, 6 storeys high and offers scintillating views over the bay and even cooler, you can see Fort St. Angelo from it – the fort that flies the Sovereign Military Order of Malta flag. 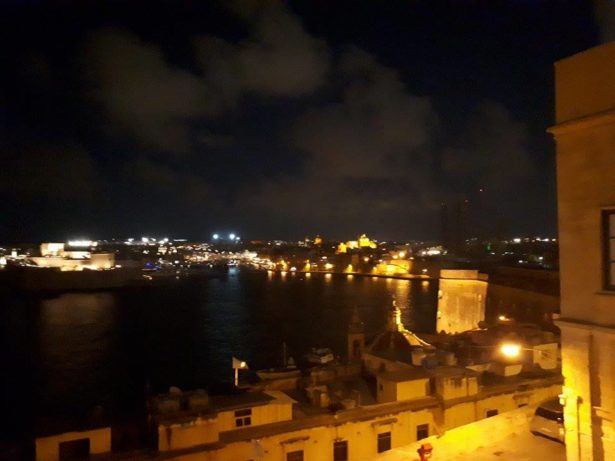 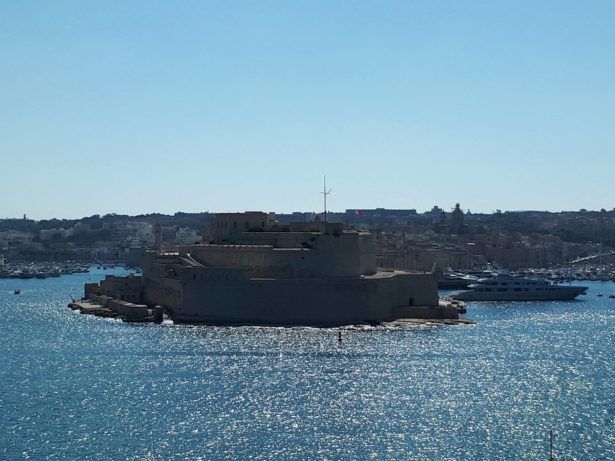 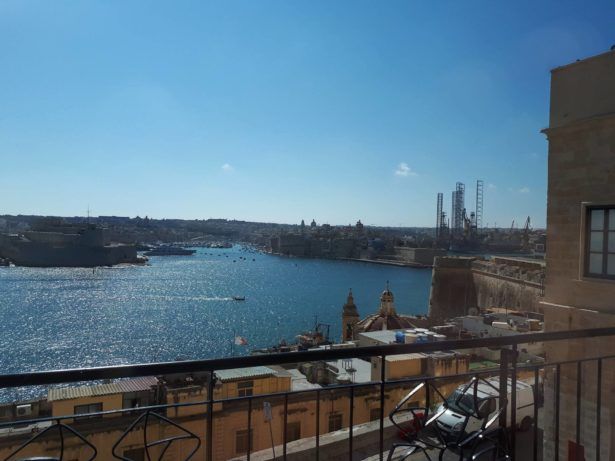 2.Panorama Bar and Restaurant
Occupying the second and third floors of the hotel is the stunning Panorama restaurant. A fantastic menu and swanky bar here with cold local beer (Cisk) as well as a good whiskey range. 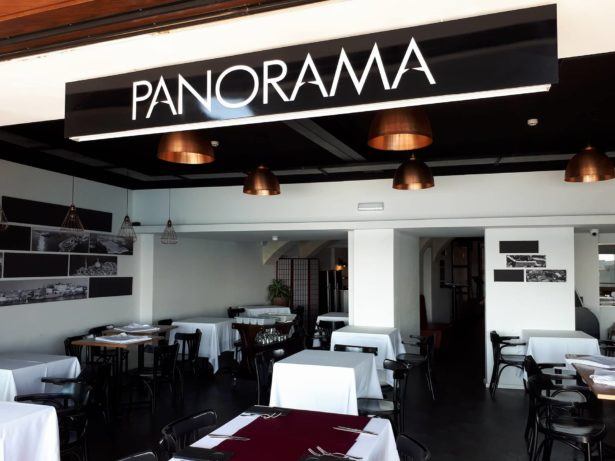 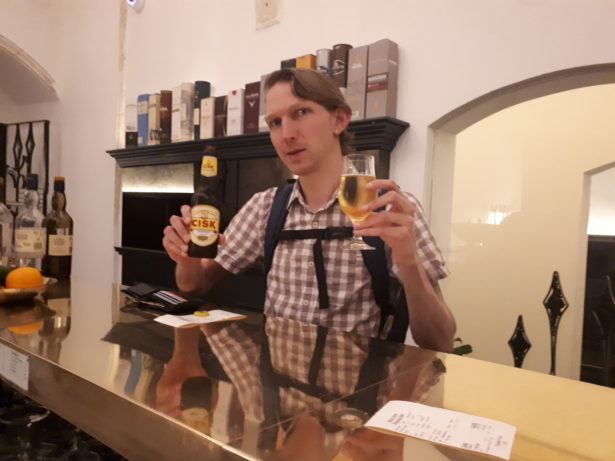 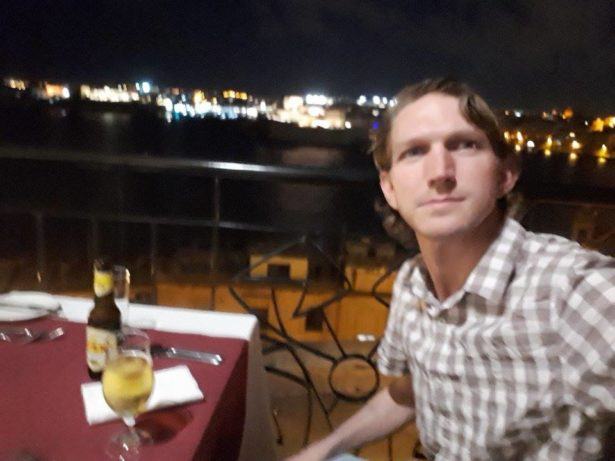 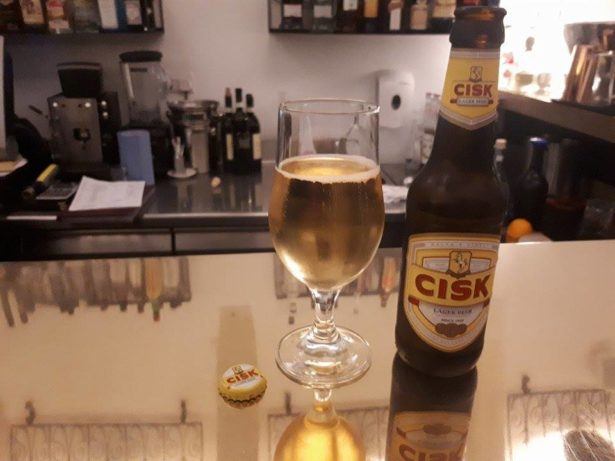 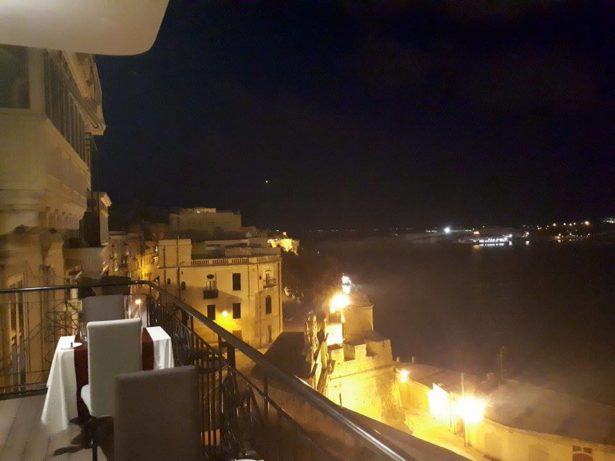 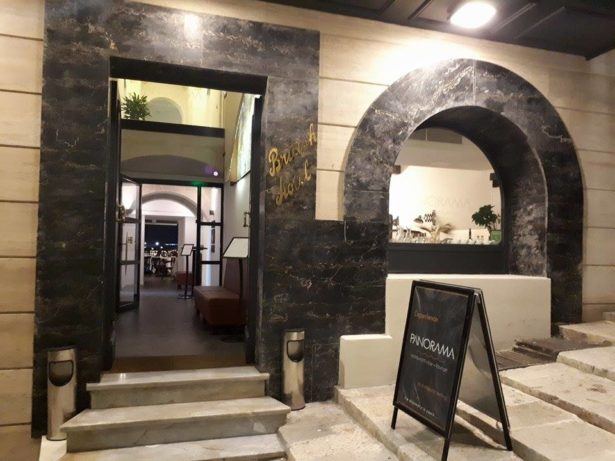 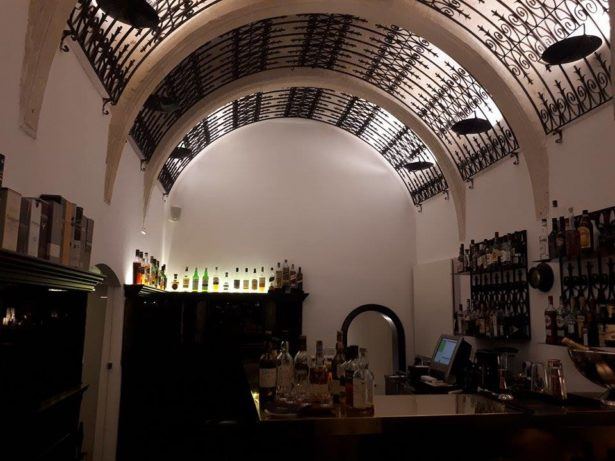 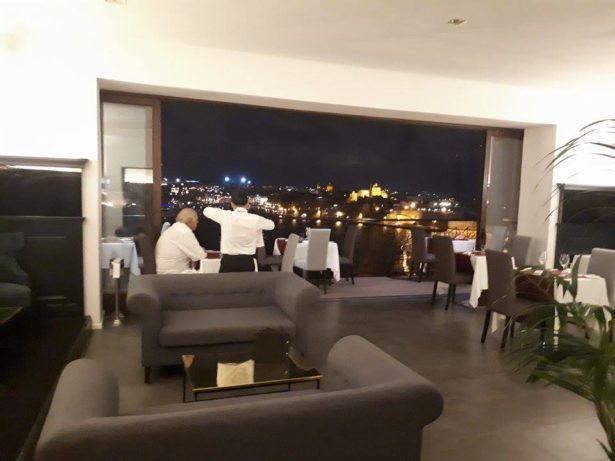 3.In Room Wi-Fi
I was on the 5th floor in Room 122 and had Wi-Fi in my room. It’s available all over the building. I started blogging about Malta and the Sovereign Military Order of Malta from this very desk. 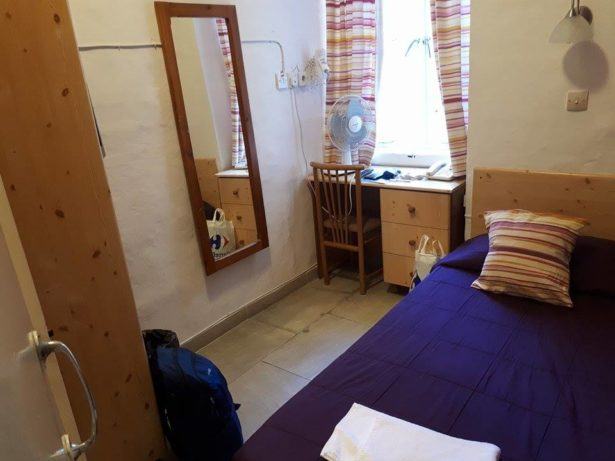 My room had Wi-Fi

4.Location in the Heart of Valletta!
Valletta is a gorgeous city, in my three days and two nights here, I loved it. The British Hotel is bang in the heart of the city so you can explore the entire capital on foot! I also enjoyed some nights out here and can’t wait to write about it soon! 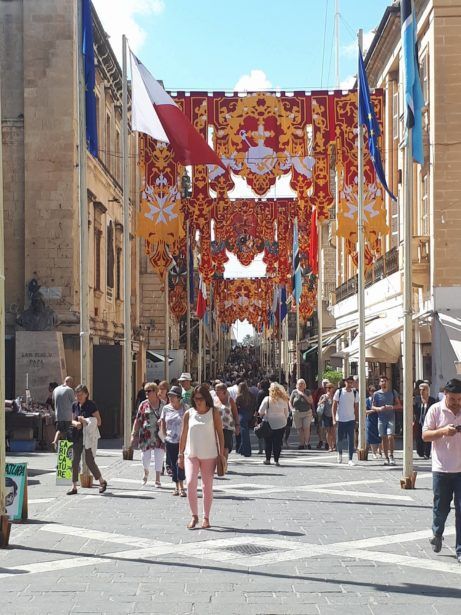 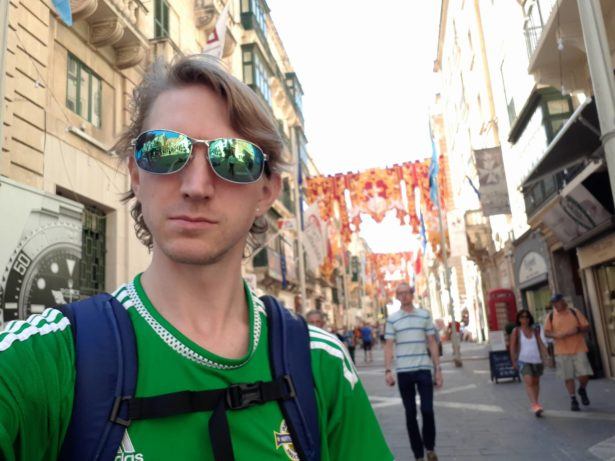 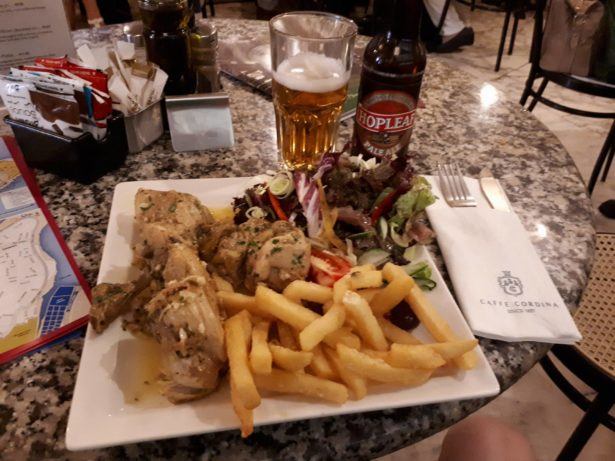 5.Famous Guests
Travel bloggers love a stay in a hotel with a bit of history or fame. You might remember I did the Michael Palin pilgrimage in India and Singapore and I slept in The Hemingway Inn in San Jose, Costa Rica. Here at the British, Bernard Jean Étienne Arnault (CEO of Louis Vuitton) recently dined out in the exquisite Panorama Restaurant! 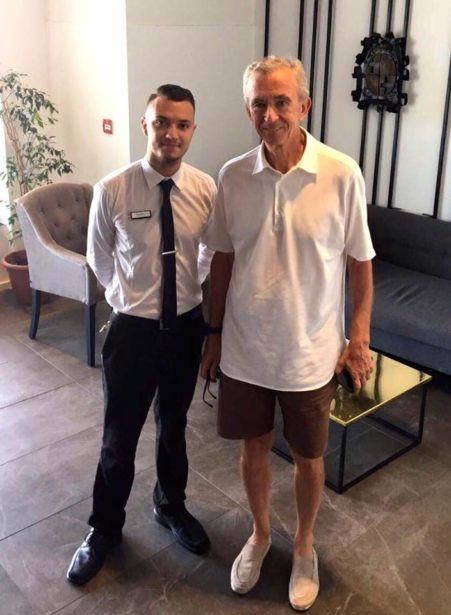 So what are you waiting for?! Explore Malta, head to Valletta and stay at the British Hotel!

Here are the details for booking the British Hotel:

Here are some videos I made in the British Hotel:

9 thoughts on “My Stay at The Famous British Hotel in Valletta, Malta”