“Some people believe football is a matter of life and death…it is much, much more important than that.” – Bill Shankly.

I’ve been asked about finding “constants” from my travel – i.e. what one thing is the same everywhere I go around the world? While the obvious things are all the same – people, the need to eat, the need to have a home, the quest for happiness, there is one thing that is present in every country I have been to. It is passionate and so many times this one thing has risen above war, above famine, above drought and above all else on this planet. That one thing is…football. Of course it is – football is the people’s game. All you need is a ball and people (goalposts are not even essential – jumpers will do, beaches, jungles, desert – any terrain will do). Football is the same, the world over. 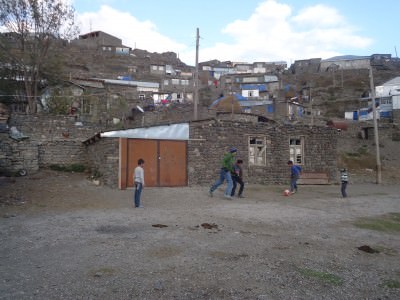 Sunday’s Inspiration: Football, the People’s Game, The World Over.

As a child growing up in the 1980s in Northern Ireland, football was life. It was the buzz. It was the one thing that gave us hope.

“At times, at least in our wee country, gave us unity” – Scott Gordon, referring to George Best. 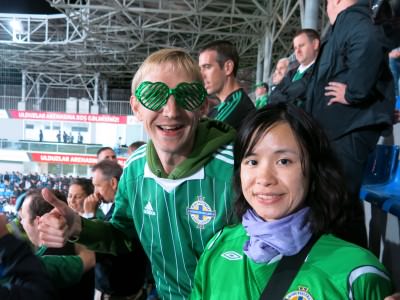 Football – the people’s game the world over. On my travels I have played football in remote parts of Iran (Yazd) and Azerbaijan (Xinaliq) as well as in the slums of Jakarta, in Sydney, in Soweto and in countless other places around the world. Everyone understands football. It has no spoken language. The game is global. Show any kid a football and he knows what to do with it. Africa, Armenia, East Timor, Wales…they all know what a football is. 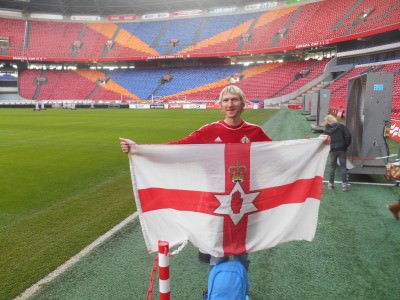 Touring the Amsterdam Arena in the Netherlands, home of Ajax.

As we prepare for the biggest competition on the planet, this is an especially happy time for me to post this as I am heading to Brazil for the World Cup for the first time ever this year! It was football that got me into travel in the first place, which you might have read here: why I started travelling. 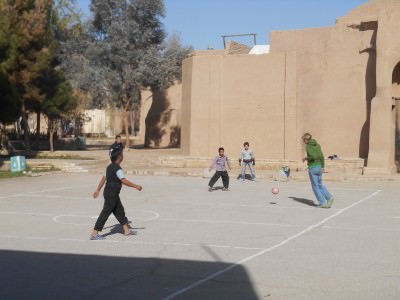 Playing football with the kids in Yazd, Iran

So when you backpack through Africa and you see kids kicking a football in the park, rock on over, they will for sure let you join in, you’ll make new friends, and if you’re any good you might score an away goal… 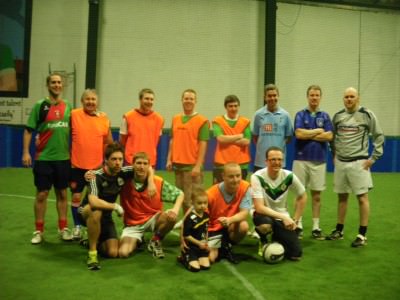 Playing football with friends and family in 2012 on a return visit to my hometown – Bangor, Northern Ireland

– ALL my football posts!!
– How to Keep Up To Date With Football on Your Travels
– Every Football Stadium I’ve Been To

A wee video from one of my favourite ever World Cup matches. This match had it all – goals, penalties, fouls, controversial decisions, extra time, birthdays, penalty shoot outs, underdogs and crap referees. I bring you Brazil v. France from 1986, which I watched with my Dad in my childhood home in Bangor, Northern Ireland:

1 thought on “Sunday’s Inspiration: Football, The People’s Game, The World Over”