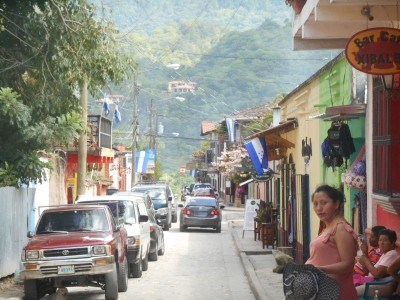 I spent over two weeks backpacking in Honduras and our time in the country was a pretty eclectic mix. I have to admit I loved the country and was really delighted we took a bit longer there to explore it. We spent some nights staying in the humongous big cities of Tegucigalpa (the capital) and San Pedro Sula (the world’s most dangerous city) but we also found some real charm relaxing and ziplining at Rio Cangrejal, a week in Utila to go diving and a couple of days in Copan. Thirsty Thursdays today takes us to a German Brewery near the Guatemala border! Prost! But first a quick introduction into the area. 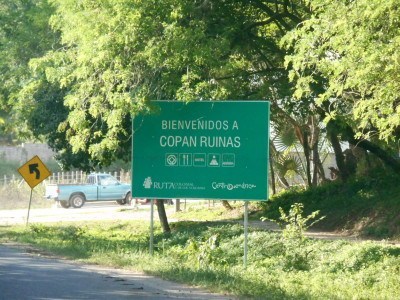 Copan Ruinas
Copan Ruinas is the name of the small village located close to the UNESCO World Heritage Site Copan. It has a small population of around 3,000. Most travellers base themselves here after crossing the border from Guatemala. I stayed in the Casa de Cafe which is fabulous – freshly brewed coffee, clean rooms and a fantastic morning view at breakfast. 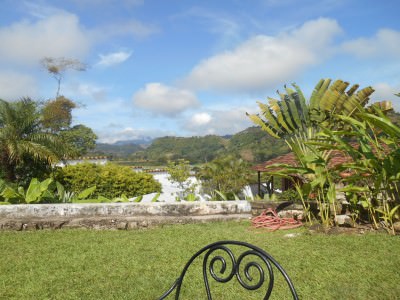 The border to Guatemala is about half an hour journey from Copan Ruinas, so it’s even an easy access town to start off your adventure in Honduras. I haven’t actually written about that border crossing yet but it’s at El Florido and is an easy crossing. 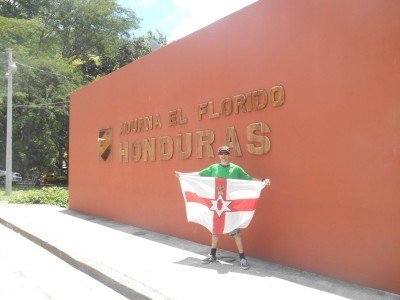 Arrival into Honduras at the El Florido border from Guatemala.

Copan Ruinas is a great village to tour as well. It’s a tad commercial and touristy but this is to be expected due to its proximity to the Mayan ruins of Copan. 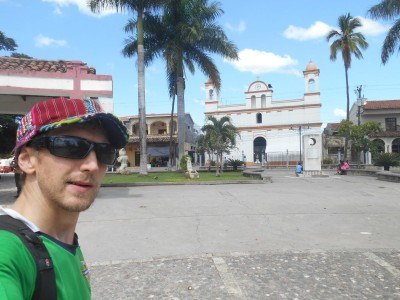 Copan: The UNESCO Site
What might surprise you is that the actual Mayan ruins are known simply as Copan and yet it is the village that is known as Copan Ruinas. I thought it should have been the other way round. The ruins are dear to get into ($30 US) but well worth it. Ignore the guided tour guys and do it yourself, plus my buddy Karol and I also did a nature trail in the area. 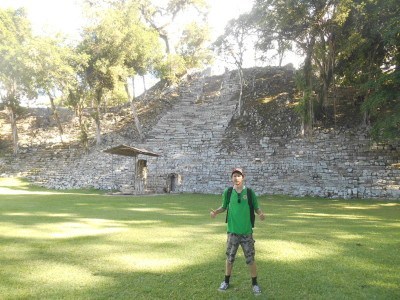 The marvellous ruins of Copan, Honduras

There are tropical bird tours in the area near Copan too. It’s a beautiful part of the country with mountains and forests. You can also just see the birds inside Copan though, so that was enough for me. 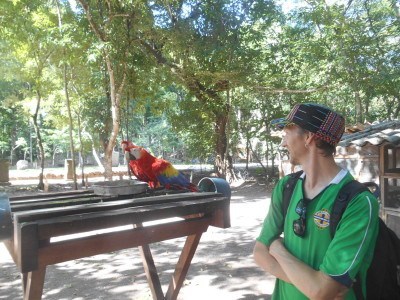 Sol de Copan German Bar and Brewery
The trendy German Style Pub, Sol de Copan is situated at Av Mirador, Copán Ruinas, Honduras. It’s not very hard to find – it’s up a slight hill and Copan Ruinas is a small, safe and friendly town so no worries there. 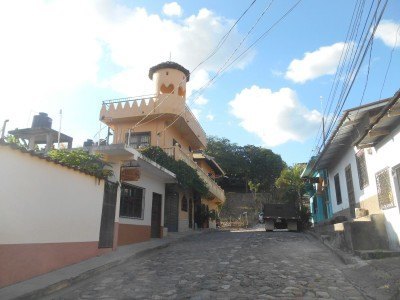 Sol de Copan is on this street

After a day touring the ruins of Copan with my travel buddy Karol from Canada, we decided to hit up the town’s famous German Brewery. In fact, this is the only German Brewery in Honduras. We were two thirsty backpackers! 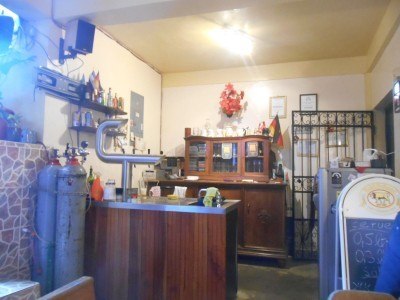 Sol de Copan – the only German Brewery in Honduras (apparently)

It was happy hour and owner Thomas came over for a chat after we ordered our first beers. Having been drinking Mexican, Guatemalan, Salvadorian and Honduran beer for 2 months, to try a German Beer was something different and refreshing. But don’t get me wrong – beer in Mexico and Honduras is of course top notch too! 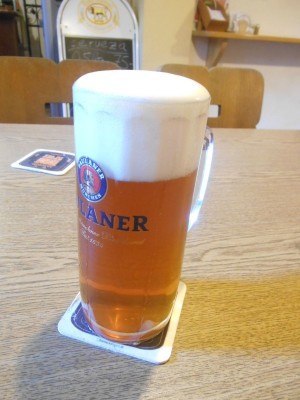 First German beer of the day 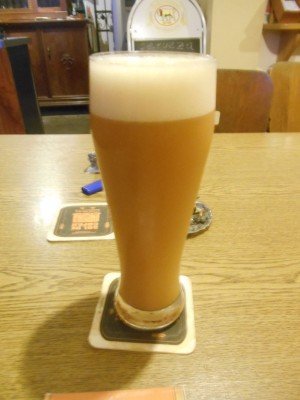 Second German beer of the day!

Thomas is the German owner and we chat at length. He tells us they have three beers on tap to try – a red, a wheat and a lager. So as it’s a hot day we opt to try them all. The hat-trick, all three! 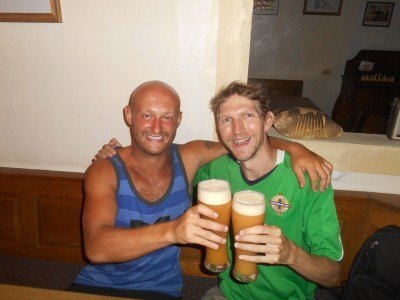 Great times in Honduras with Karol

Thomas then gives us a tour of the micro brewery he has set up here, it’s a spontaneous tour. He opens the door and explains to us the whole process and gives out a few fresh samples. 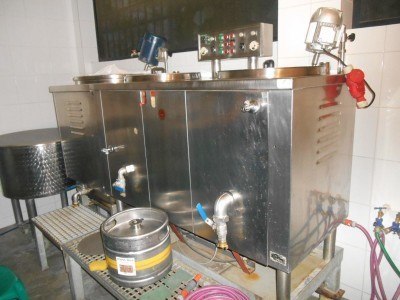 After that we try our third and final beer before darkness falls on Honduras and I head back to the hostel to blog. I later joined Karol for drinks in Twisted Tanya’s and it was a crazy night in there with some cocktails and torrential rain and with “twisted Tanya” criticising me for telling her that the Titanic was built in Belfast, Northern Ireland. She still thinks it was built in England and I was a lying backpacker! 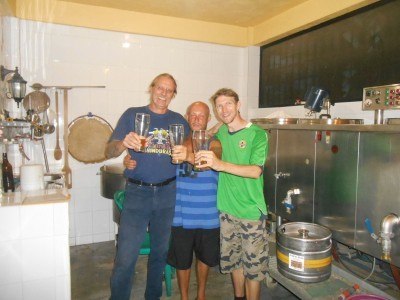 Thanks to Thomas for the tour – hoping he shouts me a beer next time I’m back! And thanks to Karol by travel buddy for some good times. Karol also crossed the border with me from Guatemala as well as being in El Salvador for the Fireball Bolas del Fuego festival in Nejapa!

Here are some of my videos from the Sol de Copan, pop in if you are in town: