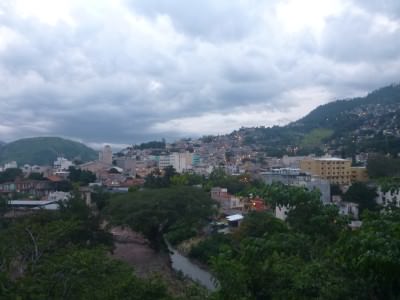 Time for a load of “T”s. Tegucigalpa doesn’t typically attract tons of tourists. There’s no hostel, there ain’t no backpacker scene and there are no major landmarks to lure casual travellers in. Undoubtedly it was those three things that spurred me on to visit Tegucigalpa and discover what this place is all about. Similarly to Montenegro’s Podgorica (“Poddy”), Suriname’s Paramaribo, Moldova’s Chisinau, Nagorno Karabakh’s Stepanakert, the Honduran capital of Tegucigalpa (“Tegus”) is a rather untouristy, chilled out and slow moving capital city. And bang bang baby I loved it! 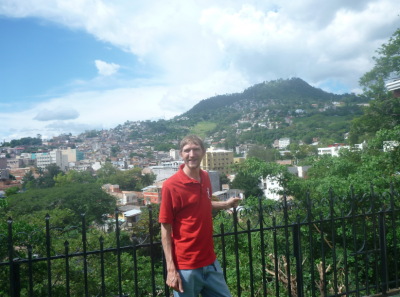 View over Tegucigalpa from my Hotel Linda Vista.

First things first though, geographically it makes no sense to skip Tegus on a journey through Central America. If you are heading overland in either direction from Guatemala to Nicaragua, it would be very hard not to at least pass through Tegus. It’s a main bus route, it’s a hub and it’s well connected by road to the other populated cities around it. To simply bus hop through it would seem ridiculous unless you are completely pushed for time (an excuse which of course I can understand). 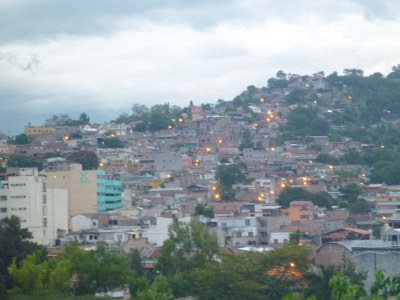 Backpack at the ready and I arrived by bus into Tegus from La Ceiba. After touring Rio Cangrejal and San Pedro Sula, I was now in the capital city. I checked into my hotel first, the fantastic Hotel Linda Vista. Then I realised most of the sights I wanted to check out were all within 25minute walk! Here are ten things I personally recommend when you visit Tegucigalpa. 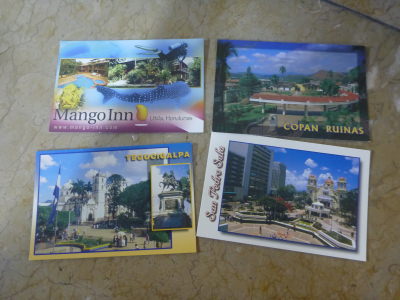 My brother’s postcards from Honduras including Tegucigalpa…

1. View of the City
Obviously I was sorted in this respect as my hotel already had a great view. Tegus is a city that is topsy turvy. It’s up and down. Every corner and hill offers new vantage points, day and night. 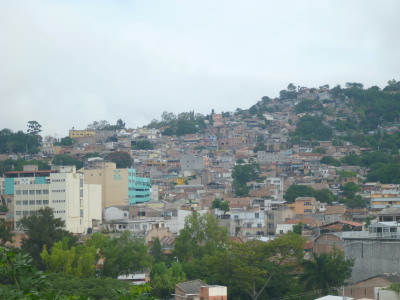 View of Tegucigalpa from the hotel. 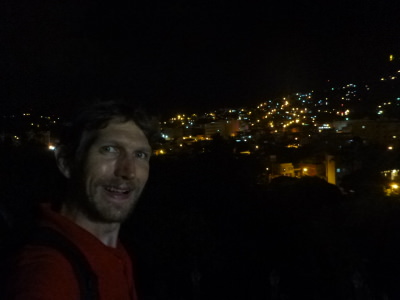 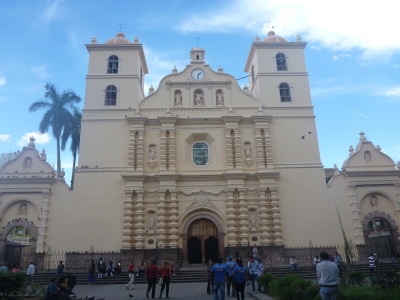 There are some tourist boards with information on them and currently, local teenagers pop up taking selfies for Facebook in this very square these days. I had to join in of course… 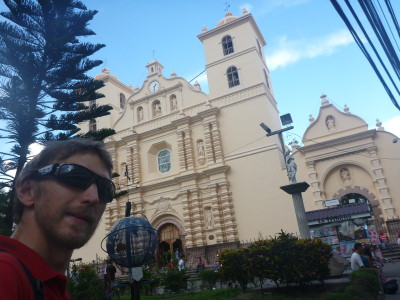 Selfie at the main Cathedral.

3. Manuel Bonilla National Theatre
The National Theatre is admittedly looking a bit worse for wear these days and you get the feeling that a facelift is coming soon. It’s in a nice area with a park and often has live music on the streets nearby. 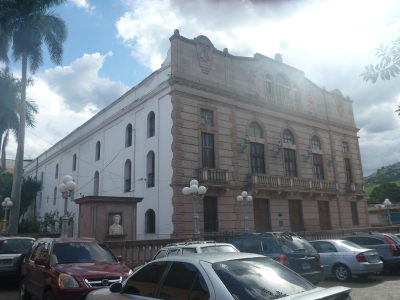 The Theatre in Tegucigalpa.

4. Plaza Morazan
The statue of former president Francsico Morazan sits here in Plaza Morazan in what is a lively and safe square to hang out in. Trendy cafes and occasional live music, with not a tourist in sight. 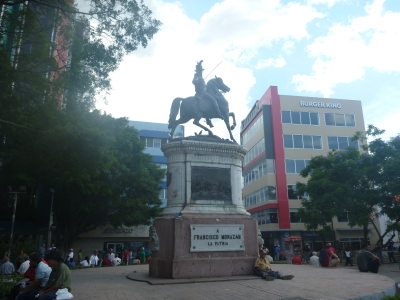 5. Museo Para La Identidad Nacional
I’m not a huge fan of museums, but this one is memorable. Housed in a former government palace, this spot gives you an insight into the national identity of Honduras. I knew nothing about Honduras through the years until I went here. There is a film on which you have to pay extra for (I didn’t) – it details some history of the Copan Ruins. 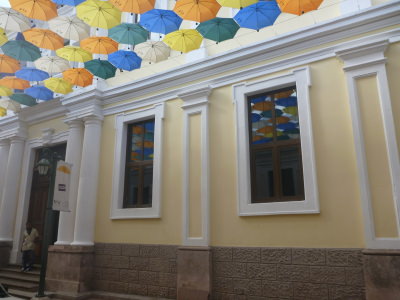 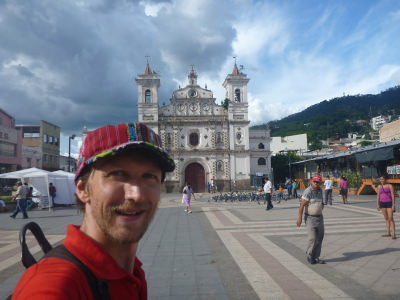 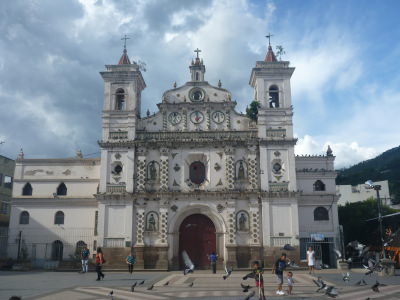 7. Estadio Nacional
You might not know this, but Honduras have been in 3 World Cups to date, including a 1-1 draw against Northern Ireland in the 1982 finals. They qualified in 2014 as well, which including an 8-1 drubbing of Canada, a game however that was played in San Pedro Sula. 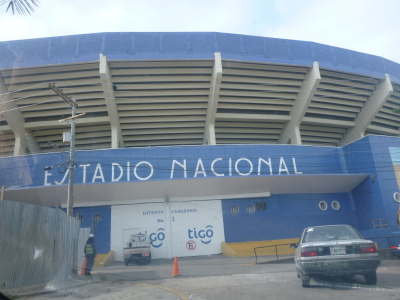 8. Iglesia San Francisco
Central America is a dominantly Catholic region. There are lots of churches in Tegucigalpa and I’m also including the Iglesia San Francisco on here. There’s also a small park in front of it, all walkable within a few minutes from Plaza Morazan. 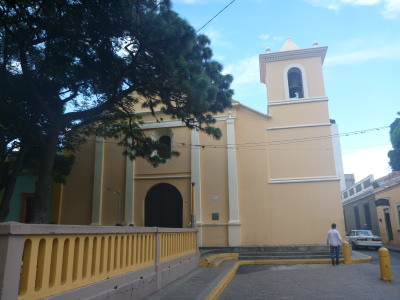 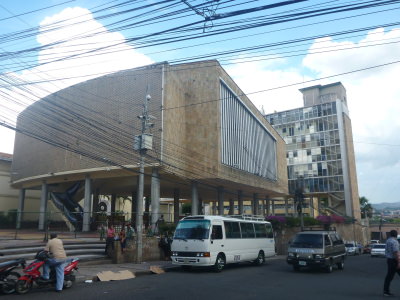 10. Calle Peatonal
This pedestrian street is the main shopping street through the city. You can see where Tegucigalpa is going – up and coming wifi cafes, popular shops, clean streets and occasional music. 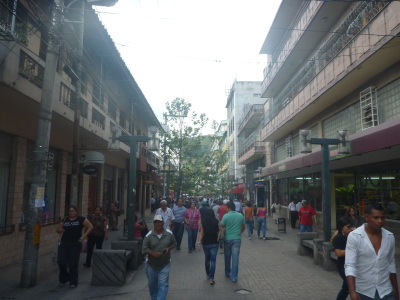 11. Desarrollo de la Iglesia
This church is a bit out of the city centre and I didn’t go up close and personal to it, but you get a great view of it from different parts of the city. I viewed it from the bus station. 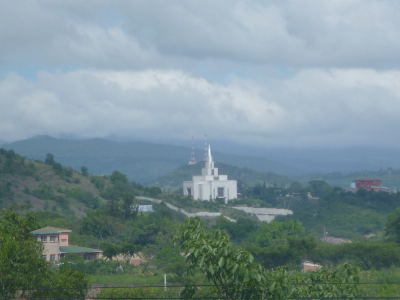 12. Iglesia la Guadeloupe
This church I’m adding in as I liked it and it is not in the city centre – it sits on the Boulevard Morazan – an up and coming US style boulevard near my hostel. 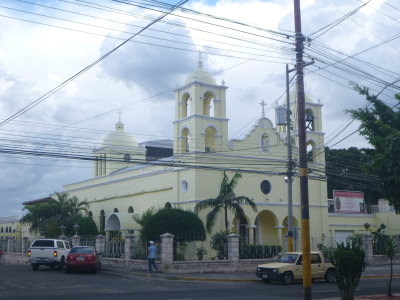 While you’re in Tegucigalpa, just wandering the streets and noticing obscures things can be fun too – this is a city not dis similar to Paraguay’s unknown Asuncion. I enjoyed my time here before heading on a border bus to Leon in Nicaragua. I bring you some cool photos from my jaunts around the city… 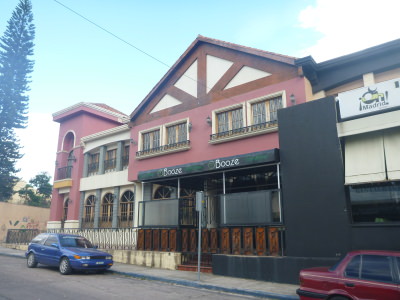 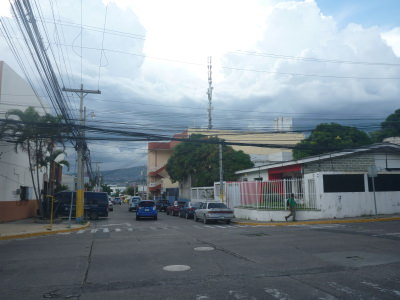 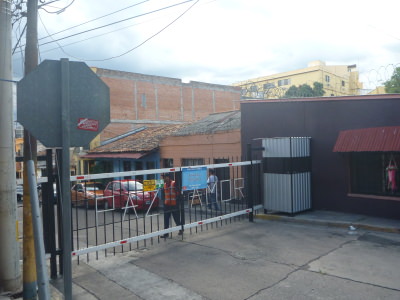 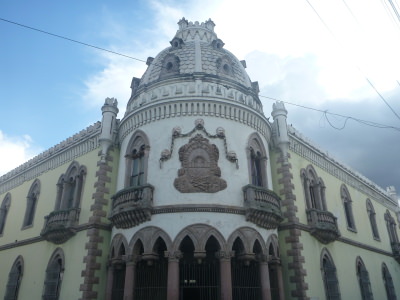 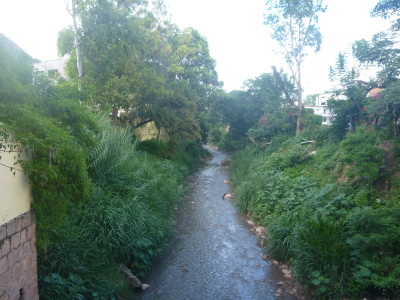 Here are some cool videos from my time backpacking in Tegucigalpa in Honduras: