“Travel blogging chilled the radio star” – tweaking of a lyric by The Buggles. 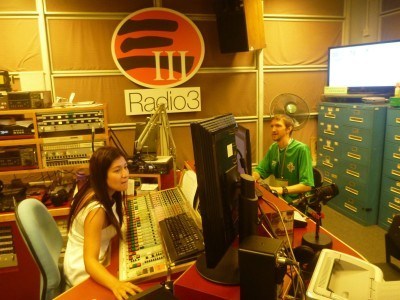 Working Wednesdays: Back on the Air at Radio 3, Kowloon Tong, Hong Kong

If you have followed my journeys or indeed known me back in the early days, you’ll be aware of my passion for radio. What began as a “bit of craic” in a blue hut in Belfast’s Belvoir Park estate in 1997 turned into something a bit crazier as my life took me to Bournemouth and later Hong Kong. I was back on live radio this week, for the first live show in over 7 years but the journey has been a bit longer than just that. Here’s a bit of background before I report on my latest travel show on Hong Kong Radio. 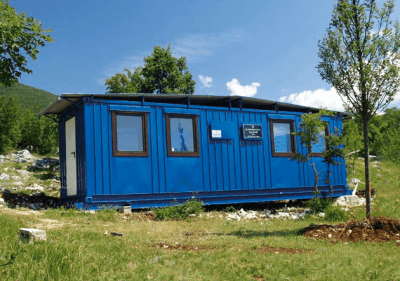 My radio days began in a blue hut in Belvoir, Belfast, Northern Ireland in 1997

In 1997 my tech buddy Keith “Keef” Thompson coined the phrase “Jonny Blair on the Air” as I worked my way to a successful journalism course in Belvoir. I passed with flying colours, became a radio DJ at college, assisted in a political campaign and subsequently shelved the whole shebang to work in shops and bars. “Jonny Blair on the Air” broadcast his last ever show on Radio Belvoir in June 1998. That was that. Goodnight Irene and my days of radio were dead and buried. 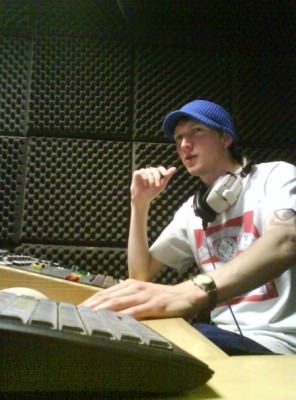 Working as a DJ on FM Radio

Then. In 2003 I was back on the radio in Bournemouth, Dorset. I had my own show for the University station, Nerve. I did over 300 shows for Nerve, about 60 of which were on FM, over a period of 5 years, ending in June 2008 with my final show. I also did a play on B1rst Radio, a student station in the area so my time spent inside a small room pondering and playing music was huge. 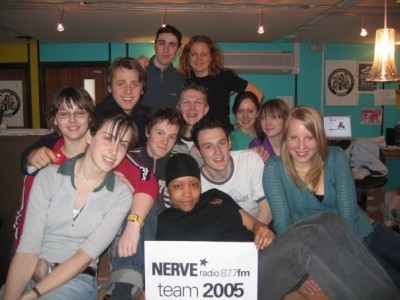 The 2005 Nerve Radio team in Bournemouth

During this time I met loads of cool people – Tom Clarke, Abbi Love, Jason Hawkins, Nat Johnson, Louise Fowler, Neil Lancefield, Carly Warren, Sally and Neil and of course the crazy guys from the famous Loughborough party weekend where we scooped some awards at the National Student TV awards, thanks largely to the Lock In. We had many many crazy nights out, some breakfast FM shows with champagne on tap and a naked radio show for comic relief. Life was just a never ending smile back then, it really was. 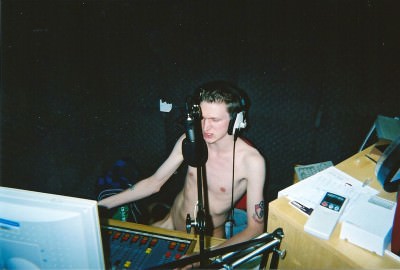 The Day I did an FM Radio Show Naked in Bournemouth, England, 2005

I had some great guests on my show down the years including guitarist Ben Paulley and local rock outfit, Wee Blue Folk. Tom and I did some decent joint shows with good music and we had competitions like necking a Guinness during Blur‘s Song 2. It was great fun and those chapters of my life are warm and electric, youthful and energetic. I got to meet some celebs too including Edith Bowman and Colin Murray. Yes I even DJ-ed in a box with Colin Murray. Radio lit up my time in Bournemouth on my “Jonny Blair on the Air” shows. I even got free tickets to watch the Cherries once through it (back in 2007). Yeah yeah yeah. It was all bliss. It was all Jurassic. Jurassic Park. 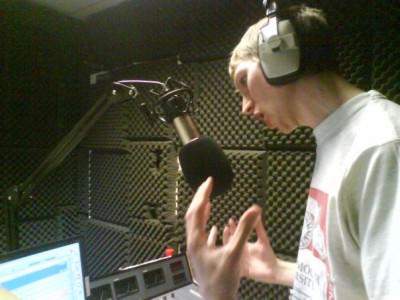 But again, things came to an end and after my final radio show on Nerve as a nobody and a wannabe, I wasn’t long in leaving the UK behind to backpack through a century of countries. The whole radio thing was just the passion I had in my teens and twenties and the people around us. Like a lot of things in life, those parts of our lives, you grow out of them and you change. In fact, you even forget they ever happened. I’m still in disbelief. Did I get smashed and play “Teenage Kicks” in a DJ-box with Colin Murray in Jumpin Jaks? 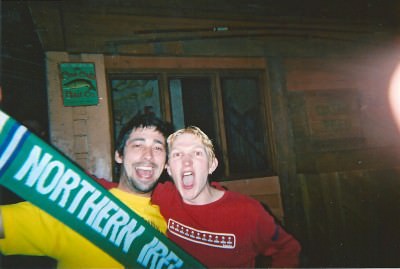 Then. Last week an e-mail comes through from Queenie, a local journalist at Hong Kong Radio 3 based in Kowloon Tong. It gave me a chance in radio again to speak to the masses and have them in my ears, which is the whole point. I checked my calendar to find it was August 2015. My last previous live radio show had been in May 2008. 7 years had elapsed and my only voices of output in the intervening times were an appearance on BBC Radio Ulster talking about my travels and four travel Podcasts. I jumped at the latest opportunity and would be broadcasting in Asia for the first time. This time as a backpacker, blogger and travel expert. I was seriously excited. I felt like I was 17 again and back in Belvoir Park actually. 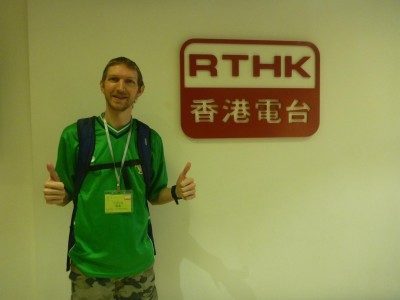 “Come back to what you know” – Embrace 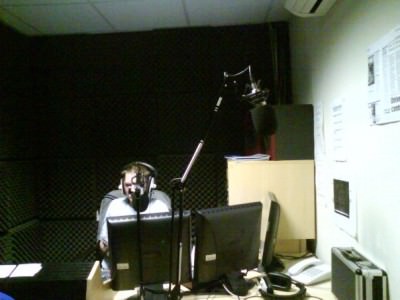 The radio show was recorded at Kowloon Tong, which was a common transfer station for me on my many jaunts to China. I got the MTR out there and scanned the area a bit before meeting up with Queenie from Radio 3 for lunch. 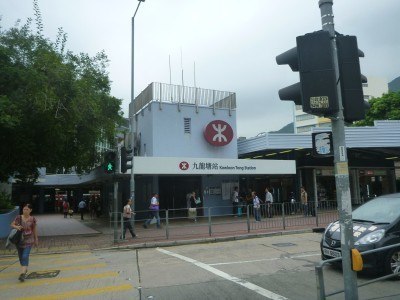 With this journey came some oddly sentimental reminders. A blocked road in Kowloon Tong reminded me of Belvoir Park days and protests in the 90s Northern Ireland. A street sign for Dorset Crescent had me realising this was another journey in my life that was sentimental and uplifting. I mean, Dorset Crescent on my walk to my return to radio – freaky or what??! 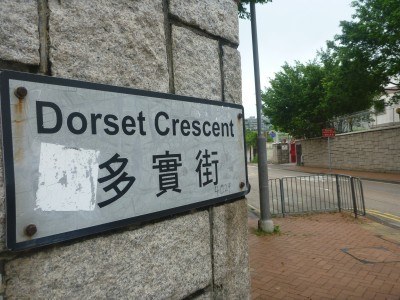 Dorset Crescent on route to my radio show.

I met Queenie inside the Hong Kong Radio building’s headquarters. We had a quick bite to eat in the radio studios canteen then headed up to the studio. 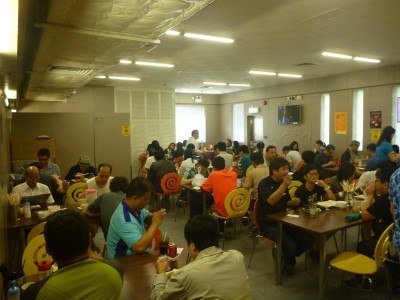 The canteen at Radio 3 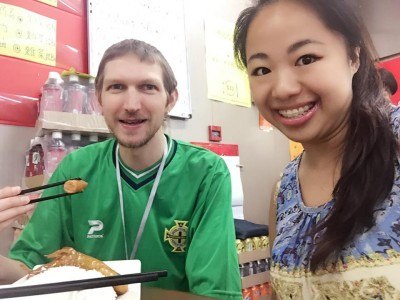 I was due to be on the 1.30 pm show on Radio 3, which given the news, meant 13.33 pm. My last show on Nerve in 2008 had also been the lunchtime show. I met Noreen Mir at 1.29 pm! Four minutes later, with a cold lemon tea in front, a pen and some paper, I was live on Hong Kong Radio. It was all very fast and spontaneous, the way Radio Belvoir and Nerve Radio had been. There was no over exhaustive planning, pausing for breath, no masterplan.

“No rhyme and reason, no masterplan” – Van Morrison 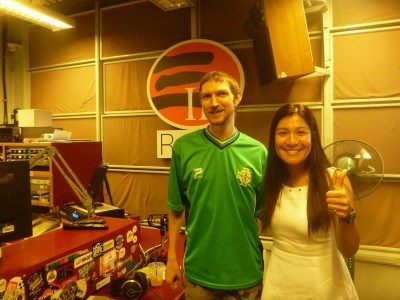 With presenter Noreen in the Radio 3 studio

This time on my live radio appearance, I had mellowed and it was obvious. There was no “Up the Cherries!”, “Top Facts about Northern Ireland” or “5 Things my crazy mate John did at the weekend” (yes he once f**ked a donkey and drank his own urine). Gone were my days of party features on Nerve Radio. Gone were the stupid catchphrases like “Blueberry Muffinhead”, Strawberry Geldof”, “Cheeseburger” and “Jurassic Park” that I used regularly on Nerve Radio, thinking somehow they were funny, believing that people liked my radio shows and that we were all going to become radio DJ millionaires. No chance. I was just a vibrant wannabe and we were people locked in a room having fun. But this time in Hong Kong, it was a talk show on travel and everything was now sensible. It was a natural progression from those silly days. 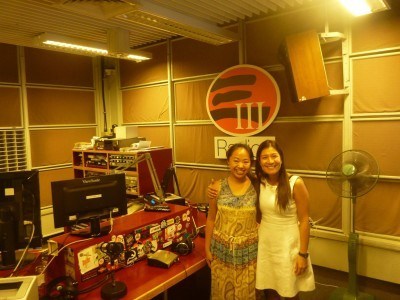 Queenie and Noreen in Radio 3 studio

The chat on the 1, 2, 3 Show with Noreen Mir was all about travel and hoping that the listeners could take some ideas from my journeys. That was the main point of the show. To tell my story and hope that others can enjoy it and want to do the same and get out to see the world. The feature was about 45 minutes long in the end and the conversation flowed and flowed, as ever. Obviously I couldn’t say everything I ever wanted in such a short space of time, but I did mention Colombia, China, Northern Ireland and Iran. 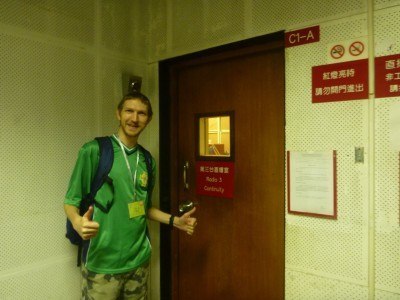 Outside the studio ready for the show.

I was straight back in there on the decks and I loved it. I sincerely hope that Noreen, Queenie and all the listeners enjoyed the show as much as I enjoyed being there on radio again. I had to get something quick typed up on it while it’s all fresh in my head but I won’t spoil the content of the show, check it out if you want.

You can listen to my Radio comeback in Hong Kong here. 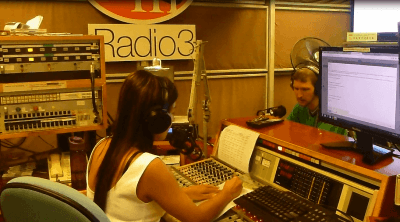 Jonny Blair on the air in Hong Kong

I’m off backpacking again next week with Singapore up next and the Faroe Islands to follow, but my radio days are not over yet. In fact I’d even love a stint on Nerve Radio again. It would just be insane. 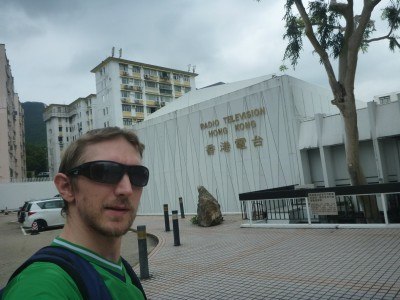