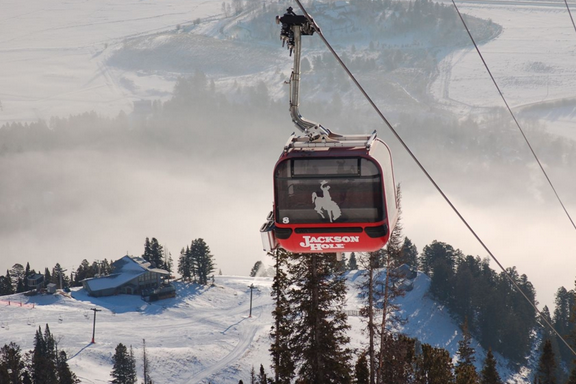 As a once budget backpacker looking for the cheapest, dingiest hostel of all time and the cheapest meal, I realised through my struggles with depression that health comes first now. These days. you will know I prefer to relax and have a decent bed for the night. I am not sure when the penny dropped or my opinion changed, but it did. Places like vacation rentals in Jackson Hole do a lot more for me these days than your standard Kings Cross backpackers in Sydney. 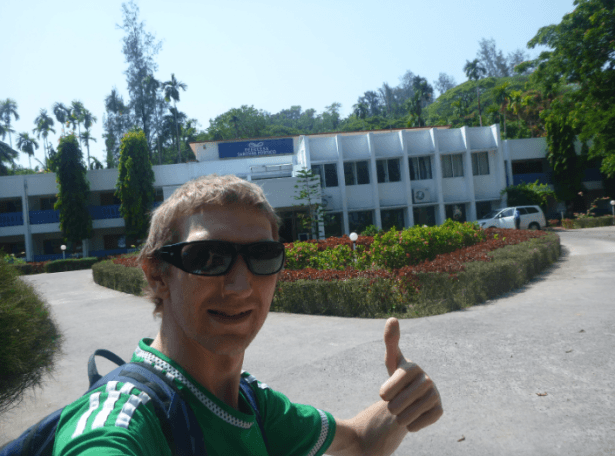 While touring Granada, Nicaragua in 2014, I met two guys (Jeremy and Brian) who worked in the travel business. We partied and drank together and they told me of the place where they are from – Jackson Hole. Despite being to the USA about 5 times in my life, I had never even heard of Jackson Hole! But I was enthused by it and I did some research. Jackson Hole is in Wyoming, a state as yet unconquered by me. But having an invite there one day to meet my travel friends is a healthy thing. 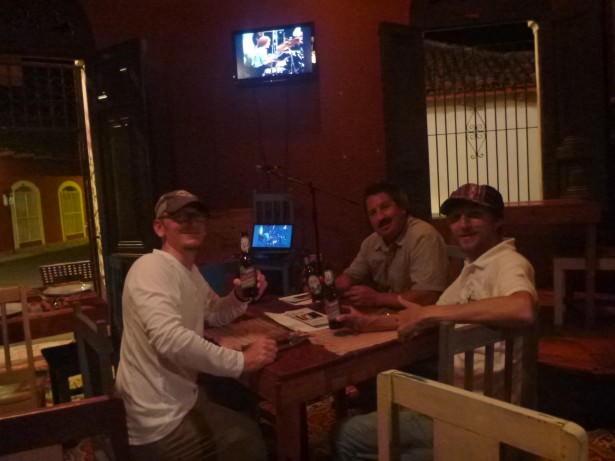 Drinking in Nicaragua with the Jackson Hole lads from Wyoming – Jeremy and Brian.

Jackson Hole is famous for its ski-ing and wintersports. Here are some cool things I found out about Jackson Hole, I made these into a top 15 cool facts:

1.Jackson Hole Mountain Resort has the longest continuous vertical rise of any ski area in the United States, rising 4,139 feet from the valley floor to the top of Rendezvous Mountain!

2.Jackson Hole was originally named Jackson’s Hole because of Davey Jackson, a mountain man who trapped in this area during the late 1800’s. “Hole” was a term used in that day to describe a high mountain valley. 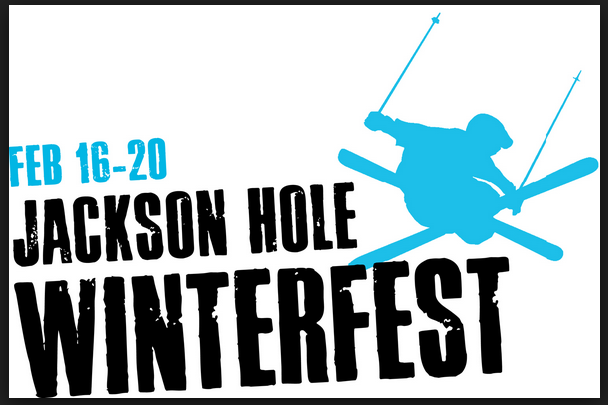 4.Jackson Hole’s sister city is Lienz in Austria. Not surprising that Austria is also a country famous for winter sports and Lienz is a medieval town in the Austrian state of Tyrol.

5.Over 15 feature films have been made on location in Jackson Hole including these famous ones “Shane”, “Spencer’s Mountain”, “Any Which Way You Can”, and “Rocky IV”.

6.Among all 50 U.S. states Wyoming ranks last, 50th in population, which might come as a surprise, with only 5 people per square mile! 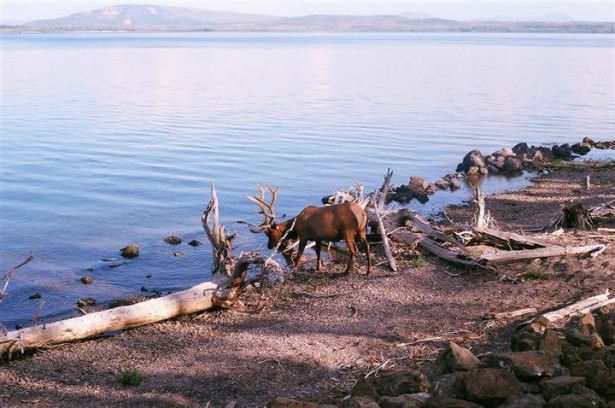 7.The Jackson Hole aerial tram is able to operate in winds up to 70mph.

8.Dick’s Ditch is not a willy reference. It is named after ski patrolman Dick Porter, who survived a 55-minute avalanche burial in the steep gully.

9.At Jackson Hole, the average winter temperature is 21° F.

10.The 1964 slalom gold medal winner, Pepi Stiegler, became the ski school director of Jackson Hole Mountain Resort in 1966. McCollister wanted a world-class skier to head the ski school and even named a run after him on the edge of Cheyenne Bowl, Pepi’s Run. That could surely be a good advertising opportunity for Pepsi?! Pepsi at Pepi’s Run!

11.Yellowstone National Park here, was the world’s first national park, created in 1872 – a full 18 years before Wyoming became a state.

12.For a Wacaday story – The world’s only public auction of elk antlers takes place on the Jackson Town Square on the third Saturday in May each year!! Basically, the antlers are shed by the elk on the National Elk Refuge and are collected by local Boy Scouts. The majority of the auction proceeds go back to the refuge for habitat improvement projects and to hire seasonal irrigation operators.

13.Over 60 species of mammals, over 100 species of birds, and a half dozen game fish can be found in the combined Jackson Hole/Yellowstone area. Most notable of these are big game such as elk, moose, bison, deer, antelope, mountain lion, and the famous grizzly and black bears. As well as this, you can see grey wolf and coyote, rare birds such as the bald eagle, trumpeter swan, blue heron, osprey. For fishing and river enthusiasts, you can also see native game fish such as the Snake River cutthroat trout and mountain whitefish. 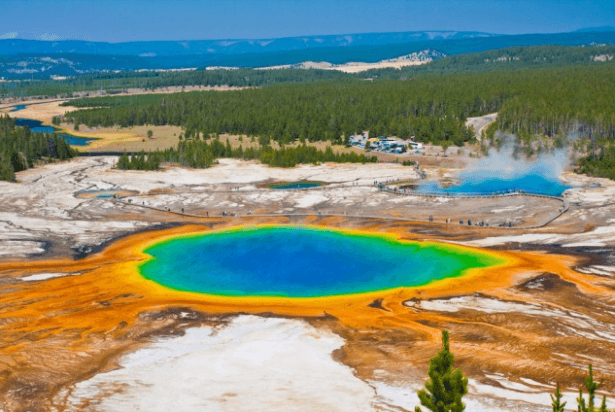 14.There is some debate about the naming of the park Yellowstone National Park, the name was attributed as early as 1805 to Native Americans who were apparently referring to yellow sandstones along the banks of the Yellowstone River in eastern Montana, several hundred miles downstream and northeast of the Park itself. The stunning landscape of the photo above reminds me of my time touring the Red Lake in Senegal and the Pink Lake in Azerbaijan. 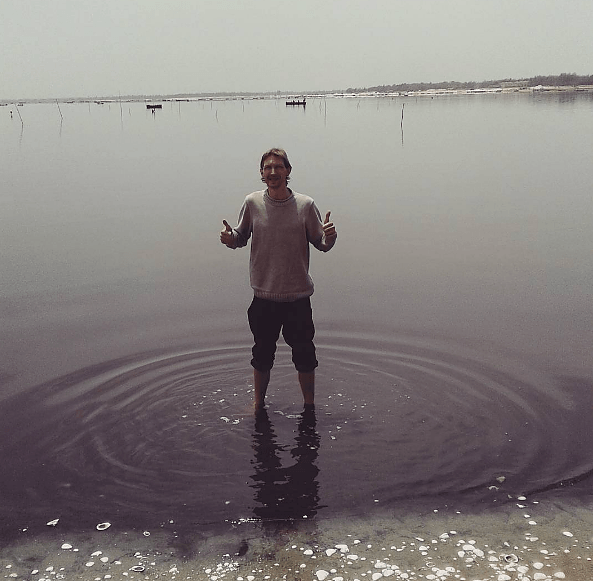 15.The Jackson Hole Football (Soccer) team are nicknamed the Diablos and they play at the Alpine Grass Field and were formed in 1978.

Without further ado then, it’s on with the show. I have enjoyed my stays in some swanky resorts the last few years and hopefully it won’t be long  until I get the chance to do the same at Jackson Hole, USA. Here are some of my favourite hotel stays:

So as I try to get on with my life in Poland, I leave my big travel dreams hanging out there. One day I will backpack it to Jackson Hole and see this place for real. Thanks to Jeremy and Brian for their good chat on that evening in Nicaragua three years ago.