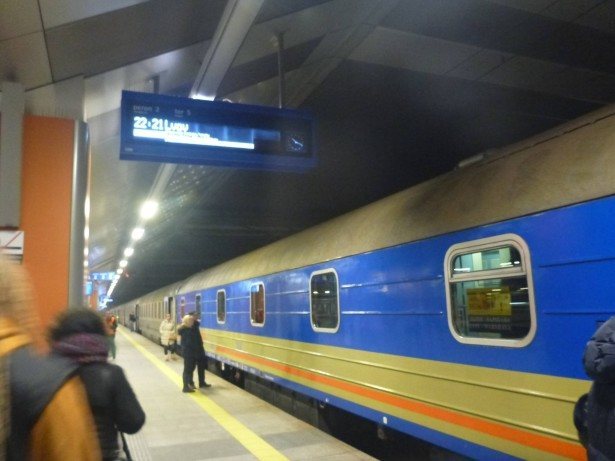 It was another border crossing on this wacky journey for me recently as I decided on a night train to head from Poland to the Ukraine. I had been staying at the Mosquito Hostel in the city of Krakow and was out touring Auschwitz and Birkenau the day before, so it was a busy few days and this was my second time in 2015 to visit former Soviet Union states, having whackpacked through Lithuania, Uzupis, Latvia and Estonia earlier in the year. 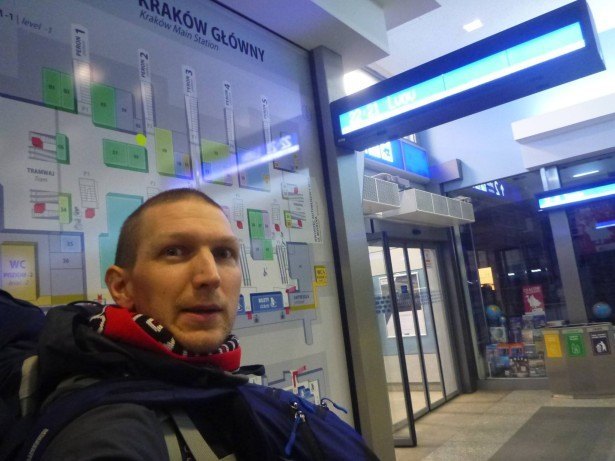 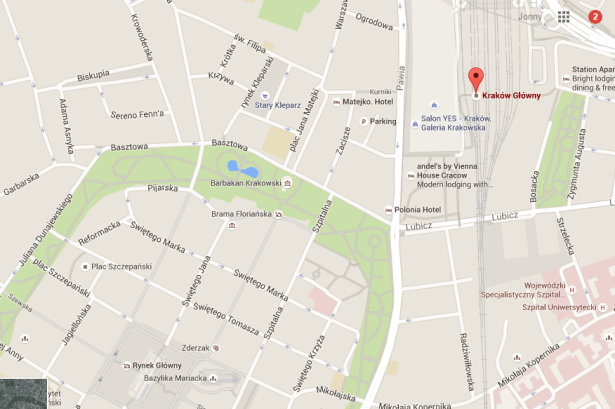 How to get from Kraków to Lviv – train station in Kraków

It doesn’t always sell out, but I personally recommend booking it one day in advance. I booked it about 26 hours before the train left. I booked myself a second class ticket, leaving Kraków at 22.21 pm. There will probably be a queue at the booking office and check opening times – it’s not a 24 hour thing. 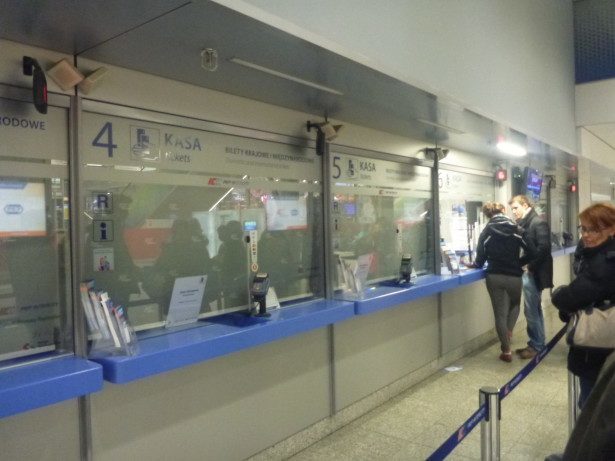 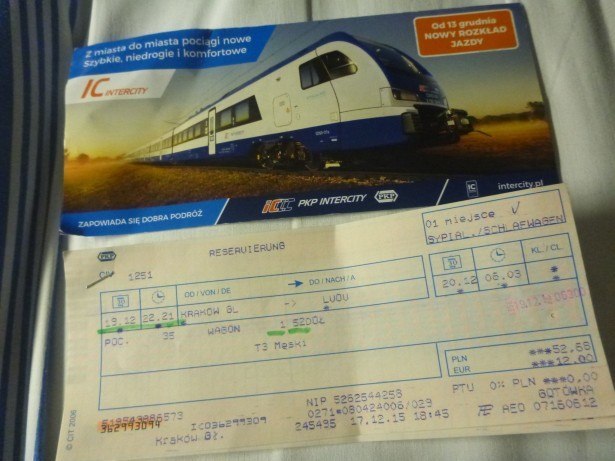 It was the second time that week that I booked a second class ticket (previous trip was Poznan to Kraków) and my previous ticket was just a seat, for 10 hours. So I had assumed that this ticket would also be would be a seating ticket only, however as a real bonus, because this is a long trip, the second class ticket also includes a bed in a three bed cabin! The train cost me 12 Euros, which is 52 Polish Zlotych. You can pay in Polish Zlotych or by Visa/Mastercard. 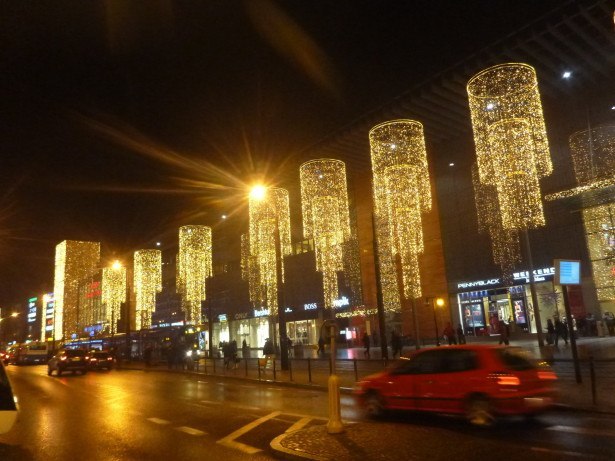 Leaving Kraków , Poland
I was running a bit late after a busy day touring Kraków but I made my train by a few minutes in the end. If you are running late, there are some cafes and supermarkets inside the train station itself where you can buy some supplies before getting on the train. The train ticket doesn’t include any food or drinks, and when I boarded the train, we were told there was no bar onboard. I was leaving from platform 2, on the 22:21 service to Lviv. 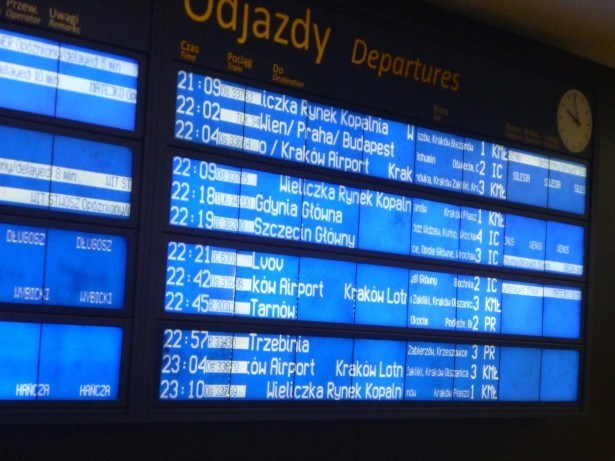 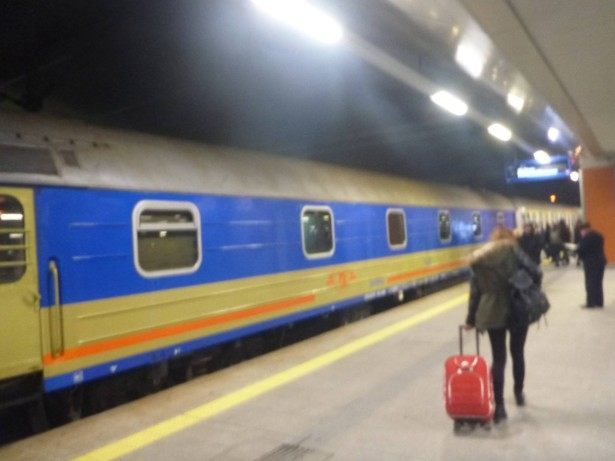 The train I was getting is actually the Warsaw to Lviv service, so when I was getting on at Kraków, it wasn’t the first stop, was a cheaper stop. It left from Platform 2 in the main train station in Kraków. 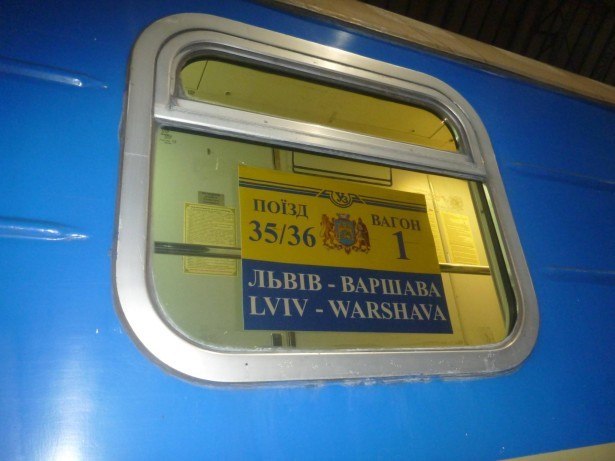 Warsaw to Lviv train via Kraków

Leaving Poland from Kraków
In my 3 bed dorm, is a Japanese guy called Ikuma and a Ukranian guy whose name I forget. The train was pretty full. The bed came with linen, laundry and all of the things you need to sleep. 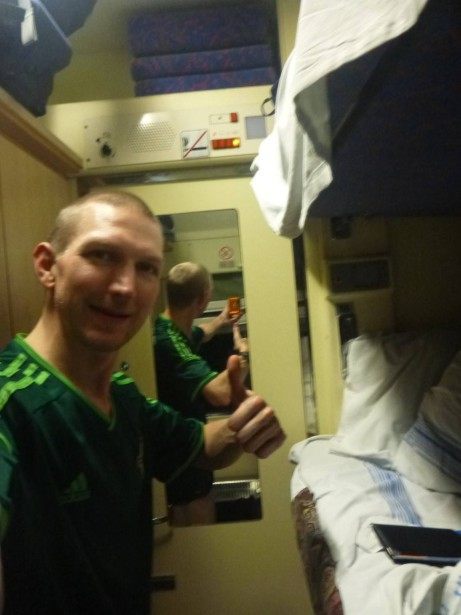 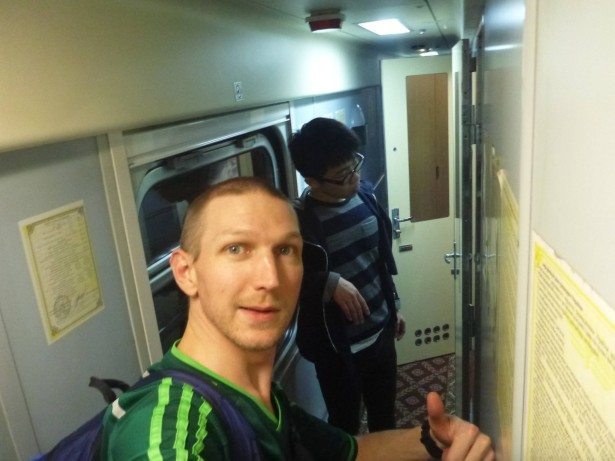 Ikuma and I on the border train

No food or drink was provided but I got speaking to the train conductor/guard in our carriage and he was having a cup of coffee so I blagged two of them – for Ikuma and I. I don’t think this is a normal thing to do though! 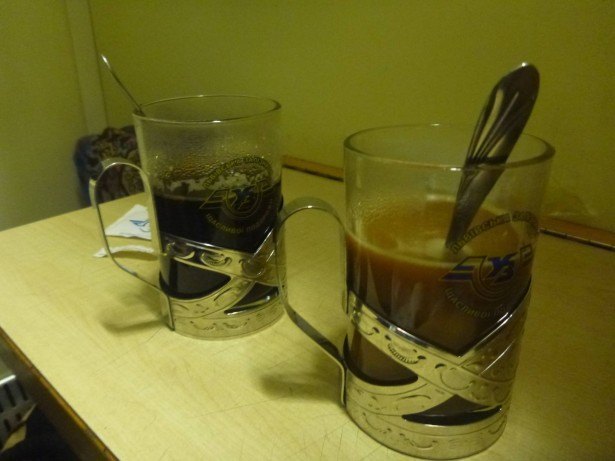 Coffee on the train

We pass by and stop at quite a few Polish towns on the way including Bochnia, Debica and Rzeszow. In the early hours of the morning, we get to the Poland exit border. The Polish police get on, come into the carriage and check passports. 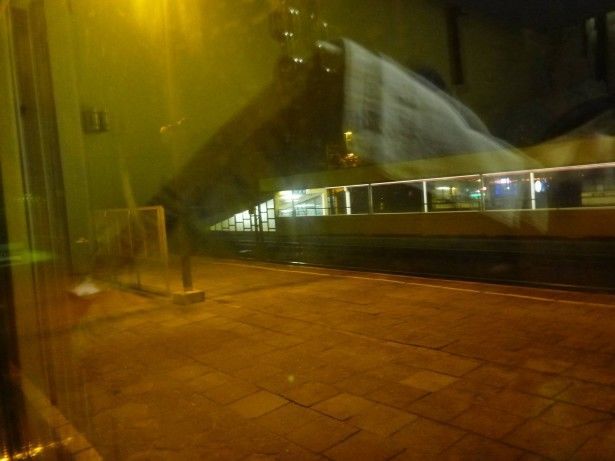 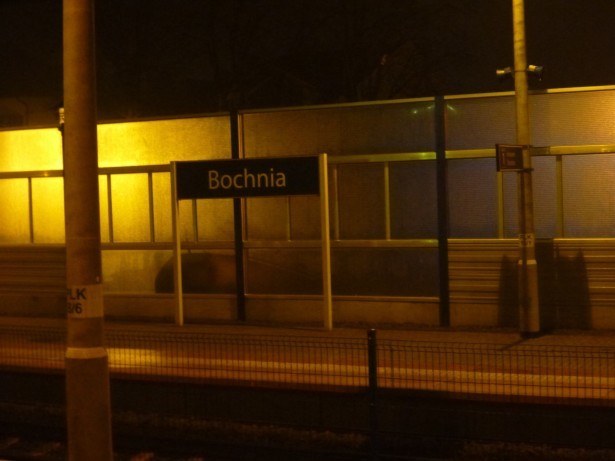 I was travelling on a British and an Irish passport. For this border crossing, I used my Irish passport. With Irish passports, I do not need a visa for either Poland or Ukraine any more. But obviously depending on your own nationality, check this in advance. There is a Ukranian Embassy in Warsaw should you need to get a visa. 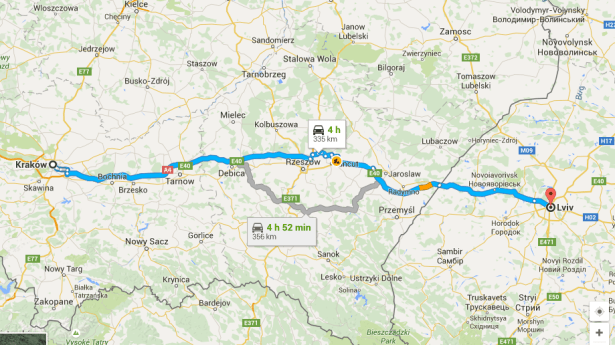 You should try and get your sleep on the first part of the journey as the bit from the Ukraine border to Lviv is the fast part. 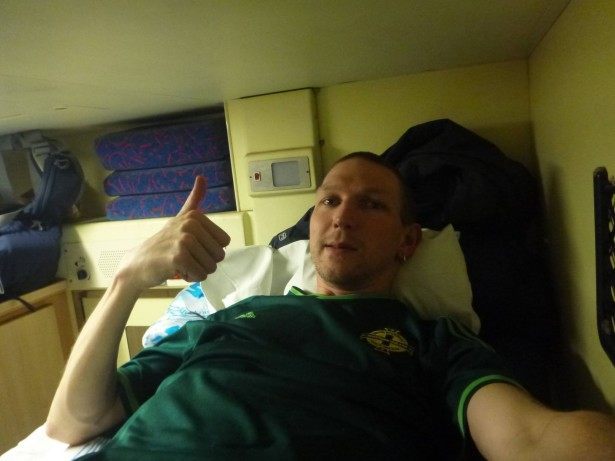 Ready to sleep before the Poland exit 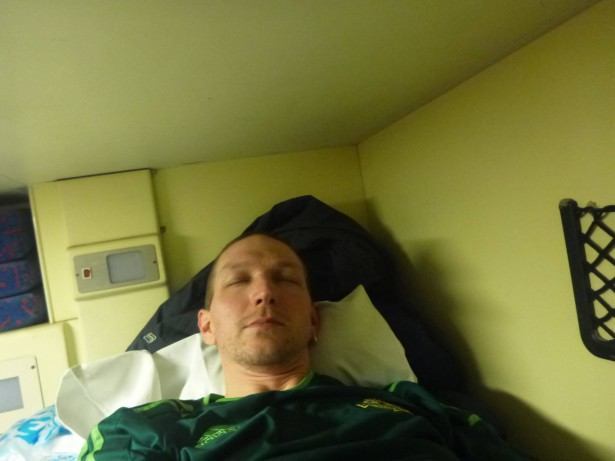 Sleeping on route to the border

Arriving in Ukraine at Mostyska
There is a bit of a delay leaving Poland, I think it was around 3am. Neither myself nor the other two guys were given a departure stamp on the Polish side. Then on arrival in the Ukraine, the Ukrainian Police get on, but a bit after the actual border – it’s at Mostyska. 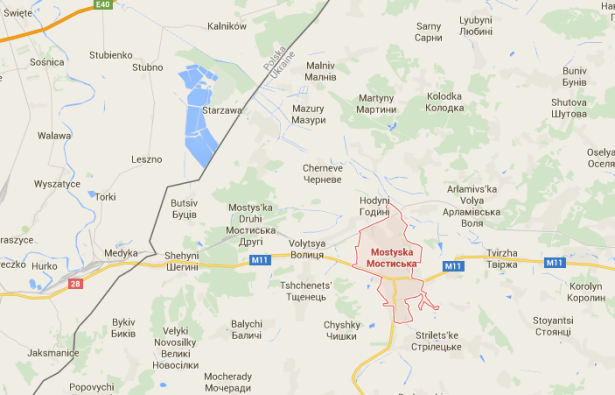 They ask quite a few questions to us. I just kept saying I was a tourist and was visiting Lviv and Kiev. Do not mention anything about visiting Chernobyl (still a sensitive issue and they’ll just ask your more questions if you say that) and do not speak Russian or say anything remotely Russian influenced to them. Again, common sense for me, but many travellers make basic errors. This is Ukraine and they’re proud of that. 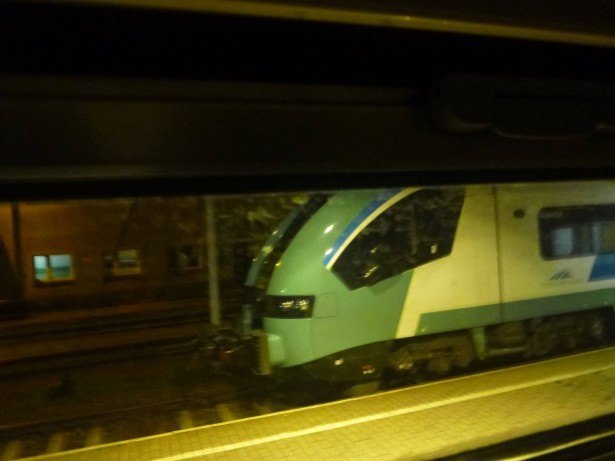 At the Ukraine border

After the quick questions, they give me a Ukraine entry stamp which allows me to stay for 90 days of the next 180 days. 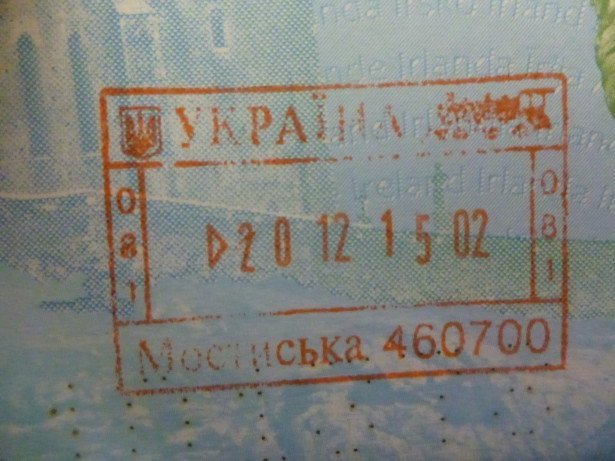 My entry stamp for Ukraine at Mostyska

Arriving in Lviv, Ukraine
From the border stamp town at Mostyska, it’s only another hour and a half to Lviv, all in darkness. I lie down again but don’t sleep. We arrive in ice cold darkness of Lviv around 6.30 am. 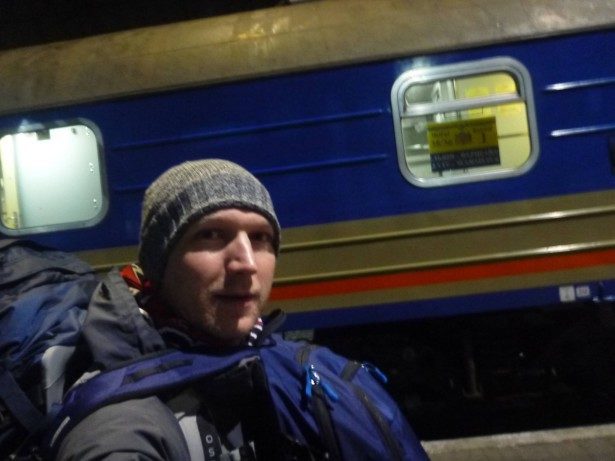 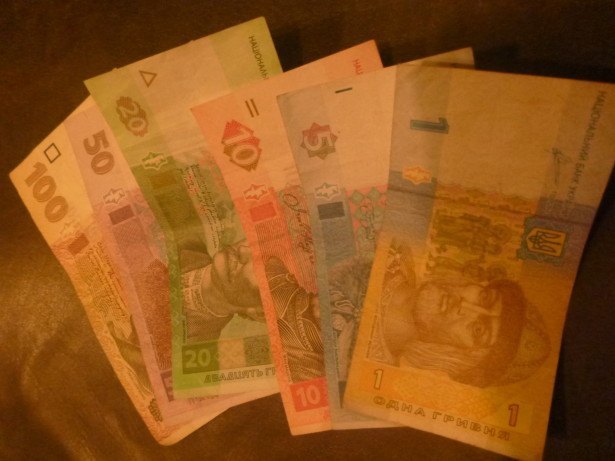 The total journey time was around 8 hours and 20 minutes. Remember to move your watch forward one hour as well, Ukraine is an hour ahead. 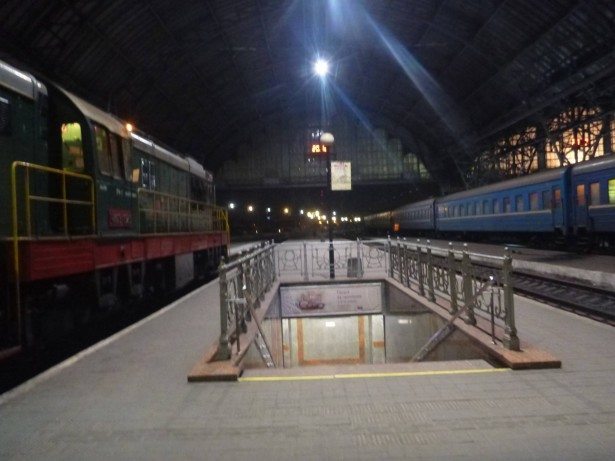 It was so dark when we arrived in Ukraine and as a budget whackpacker, Ikuma and I decided to dander together to try and find our respective places to stay. Ikuma was in a downtown hostel and I was living it up at the excellent Citadel Inn in Lviv. 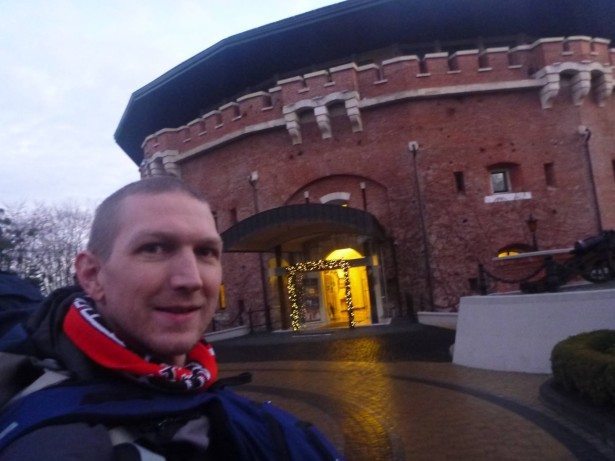 Arrival at the Citadel Inn in Lviv, Ukraine

It was actually pretty hard to find our bases in the darkness but we managed, grabbed a quick rest, then out to see the sights of the city. Lviv is also a brilliant city for bars, the Masoc Sex Themed Bar where I got handcuffed and spanked and Kryivka where you get a shot of blood vodka and hold guns. 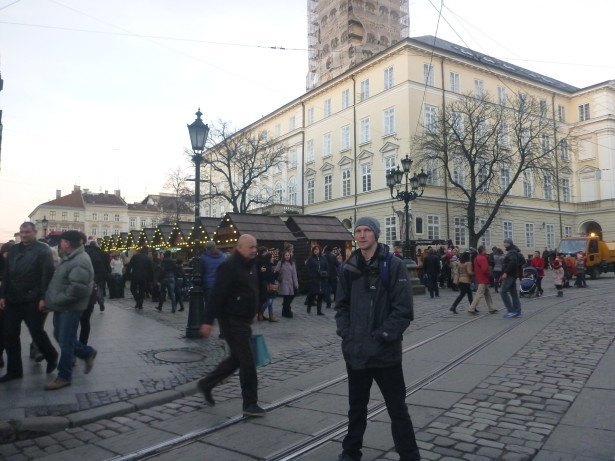 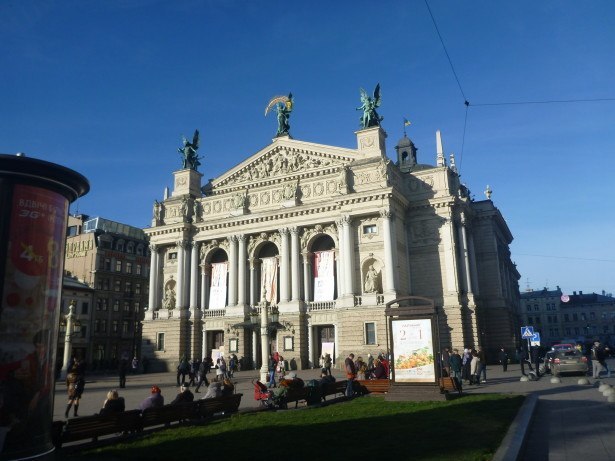 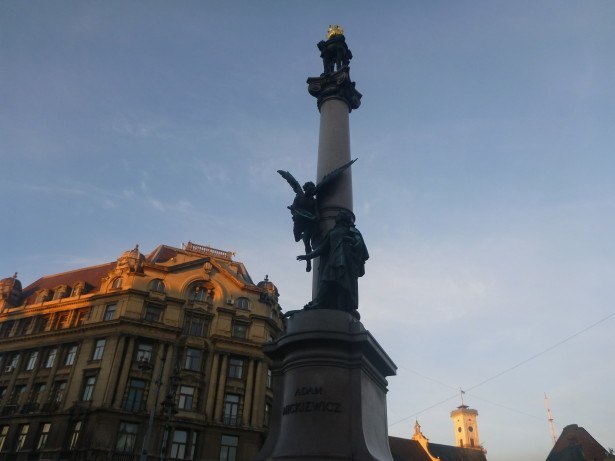 Here are some videos of my night train from Krakow, Poland to Lviv, Ukraine:

10 thoughts on “World Borders: How to Get from Poland to Ukraine (Kraków to Lviv Night Train)”