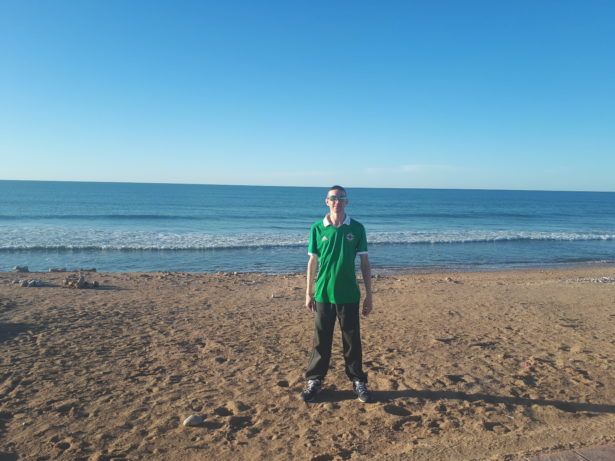 Backpacking in Morocco and Western Sahara: Suck You Algeria

On my 100 country quest in 2015 I was supposed to backpack to Tunisia, Algeria, Morocco, Western Sahara and then get a boat to Gibraltar. However the Algerian Embassy is the most corrupt and nasty embassy in the world and they refused my 8 day tourist visa for Algeria after I had spent £1,500 (plus) organising my special 100th country tour, hotels, flights etc. in their country. Algeria lost out big time due to their corruption and belief in self importance and I opted for Tunisia instead for my celebration! This was after I had spent a lot of time as well as £1,500 on the trip to that nasty country alone including booking all flights and hotels the EXACT way the Embassy had asked me to. This meant I couldn’t get my 8 days in Algeria nor the final flight to Morocco which was pre-booked. In short I never backpacked Morocco or Western Sahara but was in Algeria and frustrated. 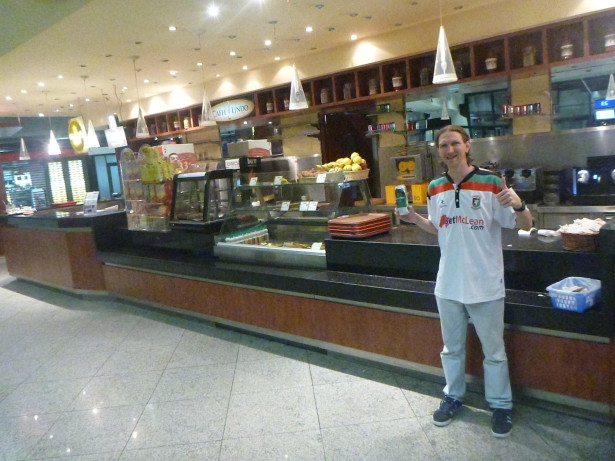 In the end I got 17 hours as a transit tourist in Algeria. I stayed in their disgusting capital, Algiers and skipped my tour of Oban and the desert. I was really angry with everyone I met with any relationship to Algeria. It along with Venezuela are the only two countries I probably won’t go back to. 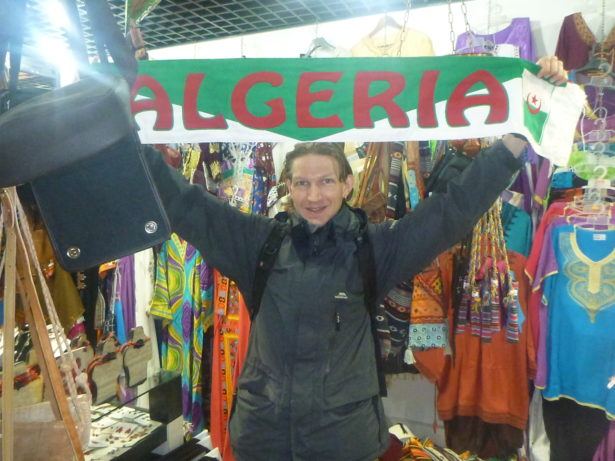 Backpacking in Morocco and Western Sahara: Suck You Algeria (the smile is fake, Algiers 2015)

It also meant my entire Morocco and Western Sahara trips were off. I had my hostels booked, my food tours and sightseeing all organised yet I didn’t step foot ever in either country. Instead things got even worse as my backpack was stolen in Algeria and I had to book an emergency flight out. The cheapest one was Algiers to Barcelona. I stayed with my cousin Paul and later toured Spain, The Basque Country and Gibraltar, spending three weeks there instead of North Africa. 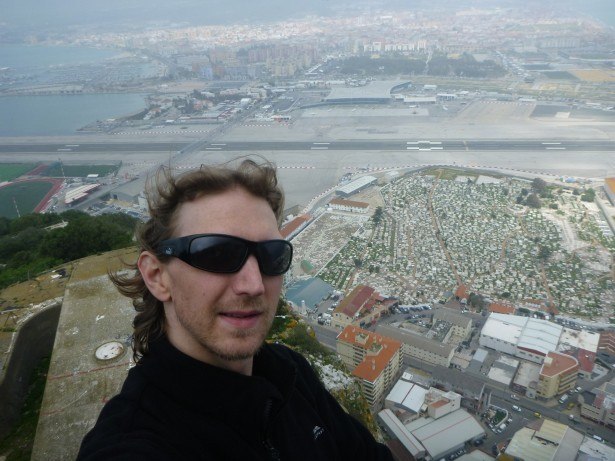 Looking down at the border between Gibraltar and Spain

To be honest I loved it. I did pub crawls in Bilbao, San Sebastian, Madrid and Gibraltar. I met up with my friend Anthony in Madrid and I reviewed some great hostels and tours. Algeria missed out – I will never write anything positive about that disgusting excuse for a country. But I saw Madrid for the first time – another city I never really wrote about yet spent 5-6 days there. I also was in Malaga on the same trip – still unwritten. 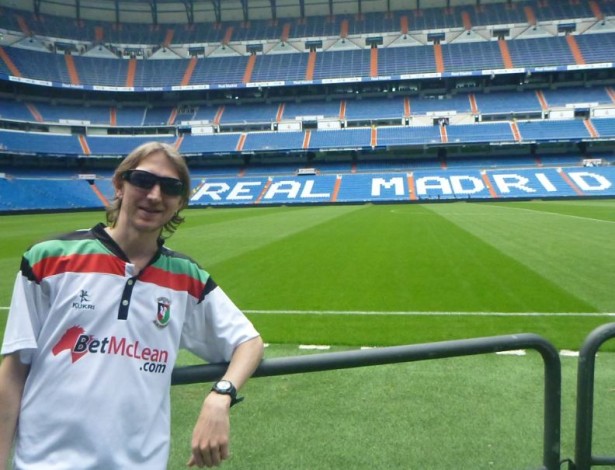 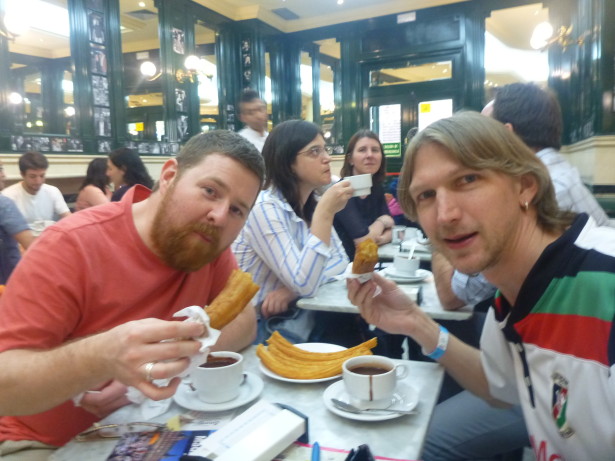 Chocolate and Churros in Madrid 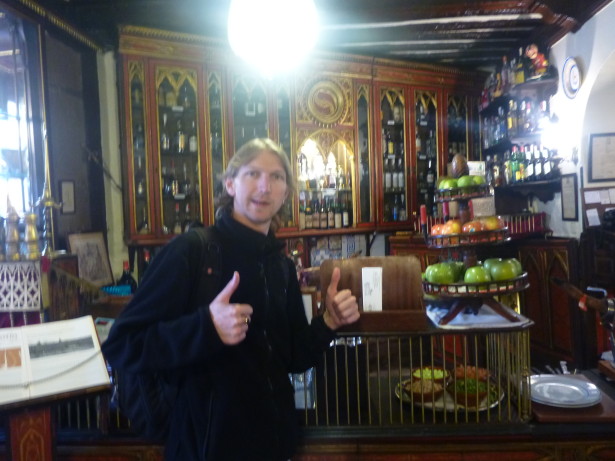 By odd coincidence in 2016 I was back in Africa though and I toured Senegal and The Gambia on a No Luggage Challenge. That was a cool trip and realistically my tourist Swansong before settling in Poland. It was probably the last tourist trip I really covered. 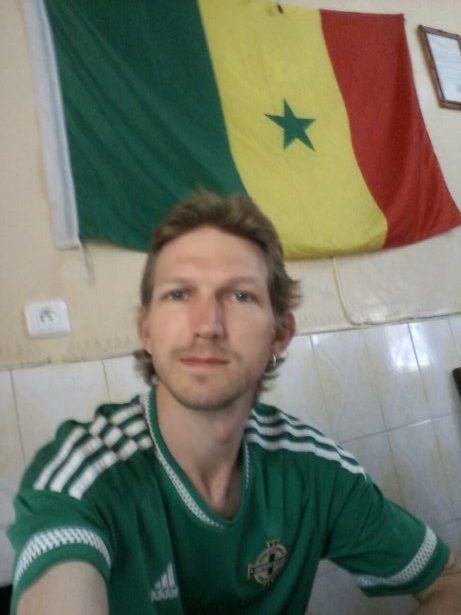 Now in 2017 I run a reader poll on my new project Northern Irishman In Poland (Połnocny Irlandczyk w Polsce) and my November vote went in favour of me leaving Poland for a NEW country for Christmas 2017. The nearest new countries to Poland for me are Egypt, Albania, Turkmenistan, Northern Cyprus, Cyprus, Greenland, Syria, Lebanon and Libya. But they didn’t come cheap and budget was too tight for me now. 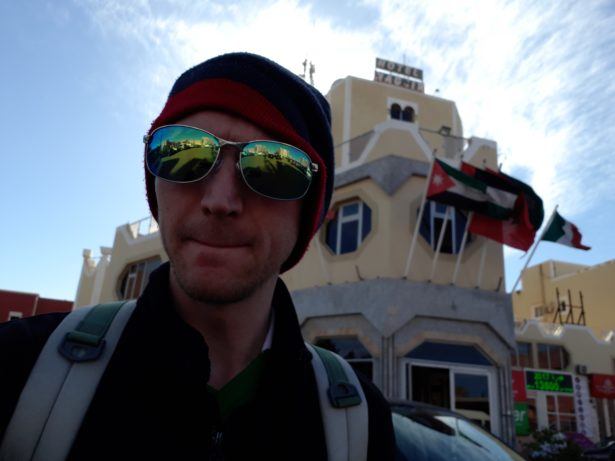 Then I realised my trusty Ryanair fly very cheaply from Kraków in Poland to Marrakesh in Morocco. Marrakesh is also only a short bus ride from El Aaiun in Western Sahara so here I am backpacking two more countries and enjoying my first ever Christmas in Africa. So in short I came here to backpack Western Sahara as that is where my interest lies, but it also meant being able to see Morocco and save money that way as it is cheaper to fly into Morocco and backpack to Western Sahara overland. 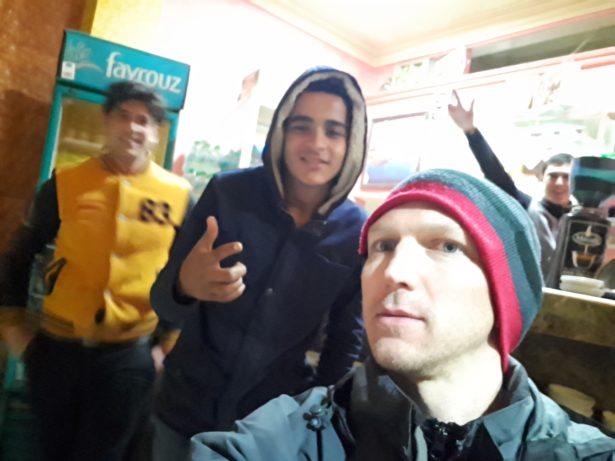 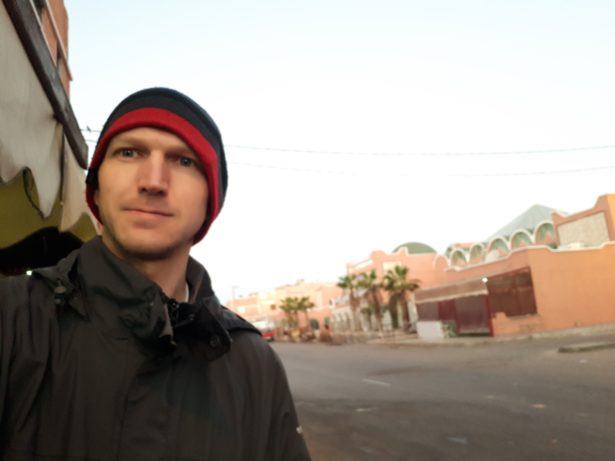 Backpacking in Western Sahara – all alone in El Ayoun 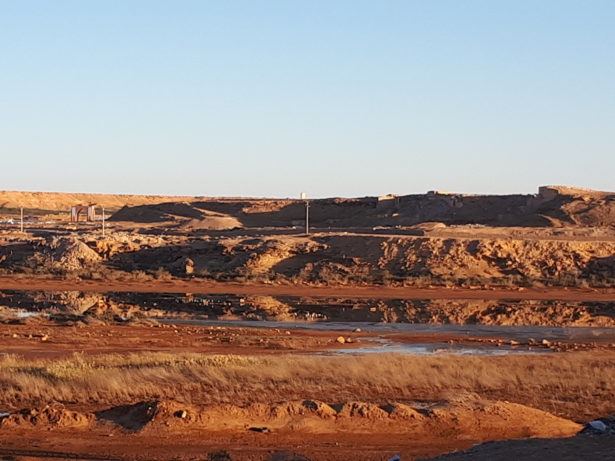 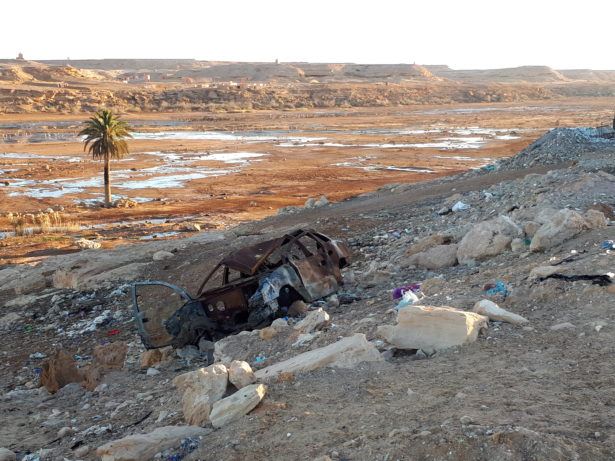 I won’t be writing much on Don’t Stop Living anymore though. Probably just sponsored posts to keep the site live (it costs me £1500 a year to run this site!) and some reviews as it keeps my travel costs down. I’m too depressed to fake this is a cool travel blog anymore. Don’t Stop Living was ruined by serial liar and fake friend Karolina Kokosz in 2016. Her apology and admission of nasty lies to ruin my life still haven’t come and depression has since dominated my days. But at least I found a home in Poland and kept writing, albeit with an unexpected Polish niche now. When the sun comes up tomorrow, who knows…

3 thoughts on “Backpacking in Morocco and Western Sahara: Suck You Algeria”