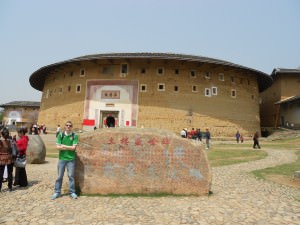 How to really travel in China!! Avoid places like Beijing and Shanghai for a start – here I am at the Chengqi Building in Gaotou Village, Fujian Province!

I write this from China today live. 6 years ago I first visited China and headed to Beijing and Badaling (for the Great Wall). In the intervening time I have now been in China 10 times (with another 3 trips booked believe it or not). It’s time to tell you the truth about China and how you should visit the world’s most populous country. Here’s my simple tip: AVOID Shanghai and Beijing. Once you have escaped the realms of those two, then China suddenly becomes more real, more authentic and more rewarding. To be honest, visiting Shanghai and Beijing isn’t really visiting China. I’ll give you you a rundown on how to really travel in China…and remember almost everywhere in China is “off the beaten track” for the non-Chinese. 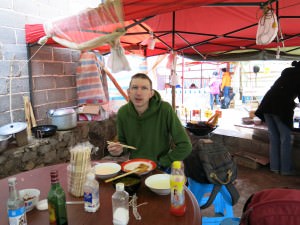 First up, by China I mean for the most part mainland China. I don’t include Macau, Hong Kong or Taiwan in that. I also respect Tibetan freedom and don’t include Tibet as part of China. These are what I class as 4 Chinese countries, but not part of China. So as well as avoiding Beijing and Shanghai, you need to avoid those 4 places too in order to really see China. Rather than bore with the reasons why, I’m just going to tell you that I’ve been to China 10 times and the worst two places I have been so far have been Shanghai and Beijing. And by a long way. Beijing and Shanghai are almost on a par with Hong Kong and Singapore as being global cities these days, therefore their Chinese-ness is being phased out. They won’t stop to notice though as the money flows in… 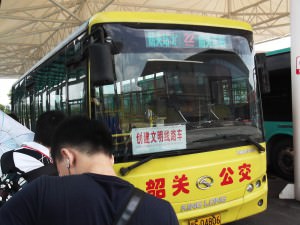 When you start boarding local buses in cities such as Shaoguan, then you’re pretty much seeing the real China! 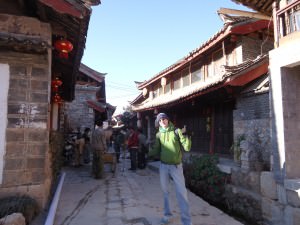 Backpacking round Shuhe Old Town in China’s Yunnan Province, not a foreigner in sight. Sorry where is this??

So get off the beaten track to see the real China. If you experience these things then you are really in China:

1. Nobody speaks a word of English (or even Chinese – only local dialect is used)

2. You get on a local bus to the completely wrong place

3. Chickens are more common than cars in the village you stay in

4. There are no mobile phones or internet connections anywhere

5. Nothing on sign posts is written in any language other than Chinese

6. You eat something and you have NO IDEA what it is 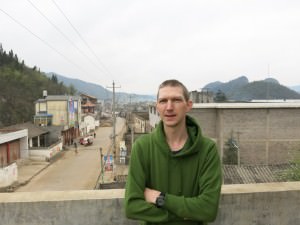 Stranded in the unknown village of Jin Ji Cun deep in countryside near Luoping, China!

If you’ve ticked those 6, then congratulations you have seen the real China! If you haven’t, please grab a bit of what you’re missing, you will love China. China is the world’s largest country by population and the travel possibilities are completely and utterly endless. China surprises me on every visit. It actually astounds me that in the list of the world’s leading travel bloggers, loads of them either haven’t been to China, or have only been to Beijing, the Great Wall or Shanghai. Get out and see China – it’s an amazing place. I’ve dozens of stories written on China so far and will have about 50 more to post up. Just back from Suzhou (the Venice of the East) but confined to my bed for a few days due to a virus. Safe and healthy travels!

Some off the beaten track Chinese towns and cities I’ve been to:

5 thoughts on “How to Really Travel in China: Avoid Beijing and Shanghai!!”