“Every breath you take, every move you make, every bond you break, every step you take, I’ll be watching you.” – Sting 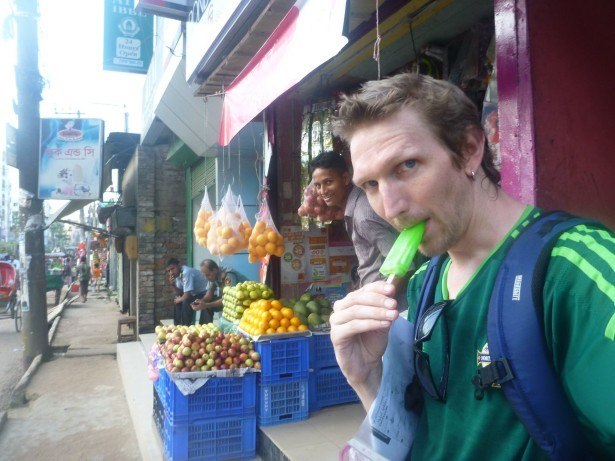 Something I did 8 Years Ago Today That Changed my Life

On the 27th August 2007, I did something completely unremarkable that changed my life, over time. I can’t believe it was 8 years ago or that it changed my life, but hey it was and it did – it’s a fast life, I’ll share the quick story today before I get back into my travel tales from backpacking in banging Bangladesh. 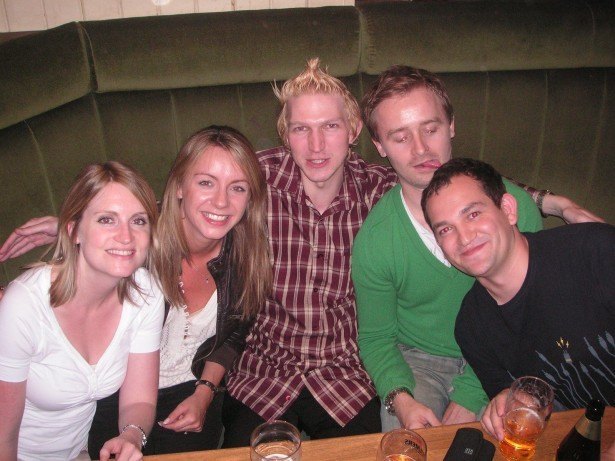 Eight years ago today I was a complete internet novice, having just left behind a PR office job in London with Bite Communications. It was all over in a flurry and the curtain fell on my PR days in the blink of the same young girl’s eye that Brucie Springsteen once sang about. It was a fond emotional farewell to Bite, and I cried, but I had no time to waste dwelling on my sexy office friends Sally, Jonathan, Graham, Lisa, Rhian, Steve, Andrea and Susannah. I was off on a backpacking journey to places like Canada, New Zealand and Belarus. What happened on that trip in 2007 was that I realised I had loads of cool stories to write – not just from that trip and that year, but from the life I’d had before it. The catalyst for telling this sort of sh*t through the internet, was meeting travel bloggers for the first time. 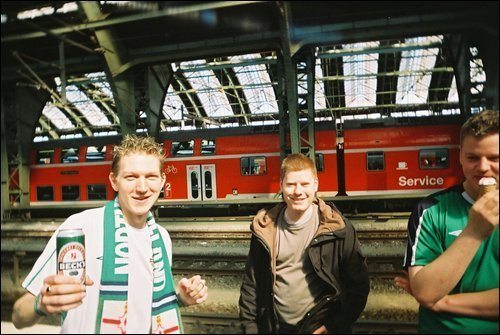 On route to Poland in 2005, just after my mate Dean (right) barfed on the U-Bahn

What did I do on the 27th August 2007 that Changed my Life?
I started a travel blog on this day eight years ago, 27th August 2007. That’s what I did. I did it for myself and my friends and family (if they ever cared to read them). I was travelling a lot that year and in the few years leading up to it I had been to some obscure places so I had more stories than Rudyard Kipling. I also met so many real travel bloggers in 2007 – now I barely meet any. These travel bloggers were my friends, my dorm room mates, my backpacking buddies, my drinking mates. 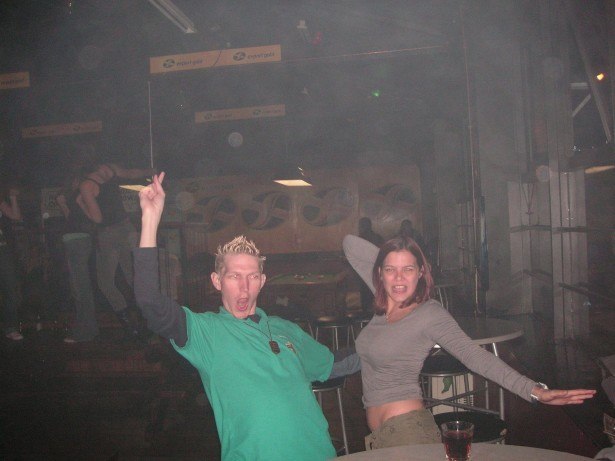 Travel blogging has changed since 2007. Because all the good ones have gone, they started blogging and they stopped.

“My life’s a bargain basement, all the good shit’s gone” – Jon Bon Jovi.

1.Cassiano Monteiro – Finding the Black Gold (I backpacked through New York with Cassiano). 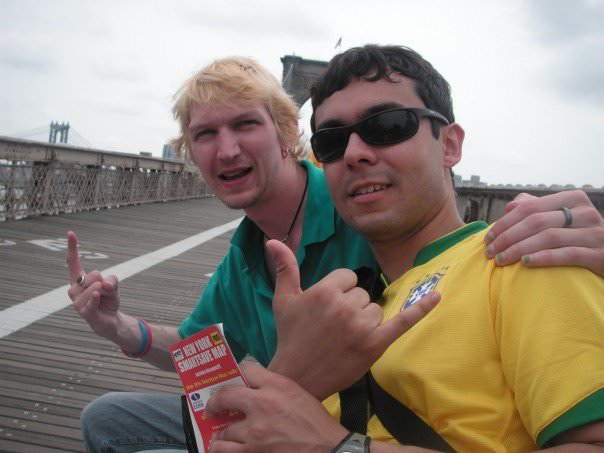 2.Mike Burkimsher – The Long Way Home (I met Mike in Toronto in the Planet Traveler Hostel – he was the first ever travel blogger I met). 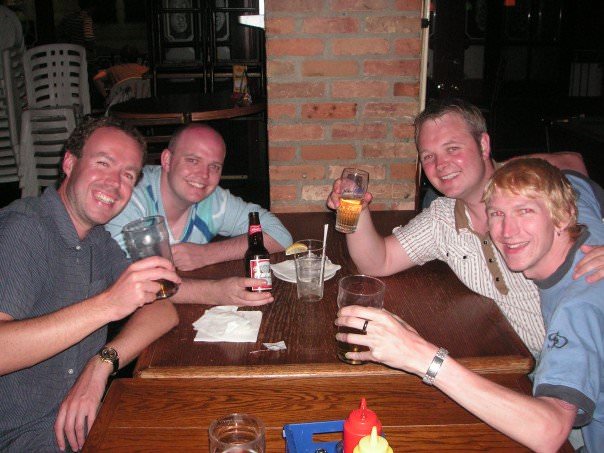 3.Lee Price – One Life and One World (I roomed with Lee in Toronto in the Planet Traveler Hostel and we backpacked the sights together). 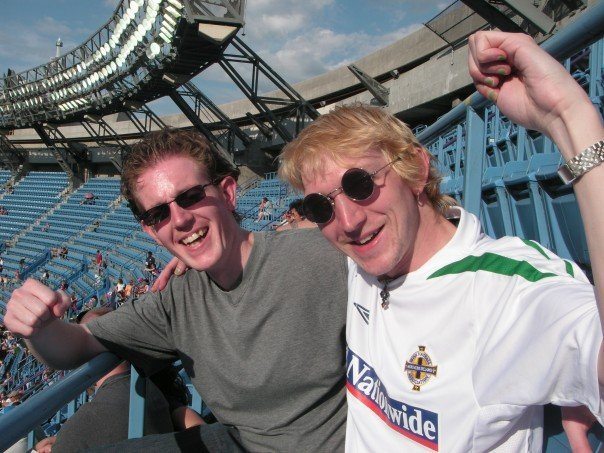 Watching the Toronto Blue Jays with Lee Price in 2007 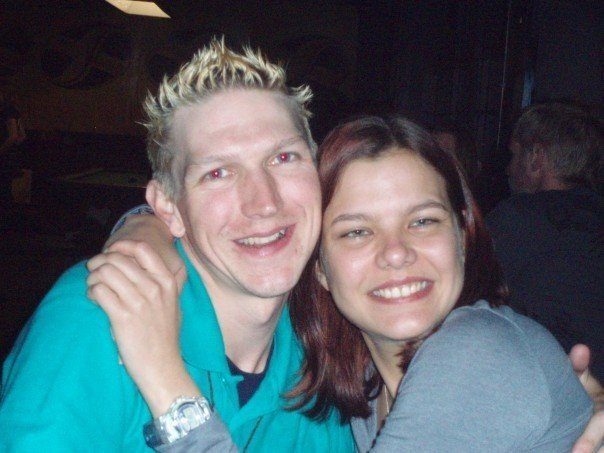 5.Paul Scott – Anti-clockwise Around the World – Paul is my cousin and has travelled a lot – his blog began a few months before mine and we almost met in China that year. We finally met up again last year in Barcelona. 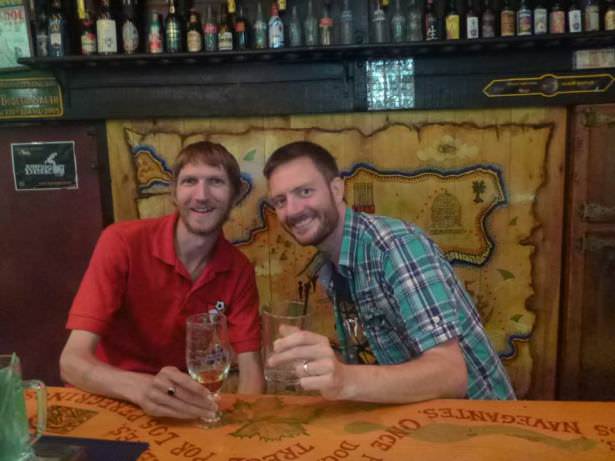 “There goes the fear. There it goes. You turn around and life’s passed you by” – The Doves

In 2007, I was a novice at blogging, but not at writing (I had written football fanzines, 2 chapters for books and had a media qualification). At the start, every few days I e-mailed myself a diary of what I did and then once I had worked out how to use Blogspot, I uploaded them all, day at a time. Just basic posts with a few photos and that was it – the ball was rolling. Those early posts are really crap looking back, I won’t read any of these myself as I will cringe, but they are on here for people to read. I won’t take them down – this site is a progression, but don’t slag these off, it’s where Don’t Stop Living began. 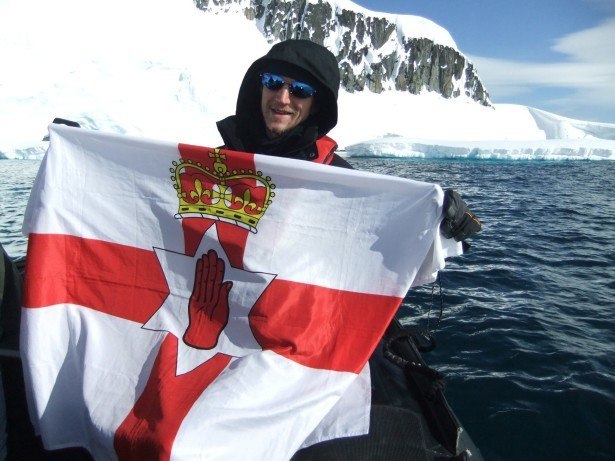 “Come on baby cos there’s no name for, give it up and I got what I came for.” – Red Hot Chili Peppers

Starting a travel blog was just something cool to do on my travels. It wasn’t going to change your world or mine. Or so I thought. 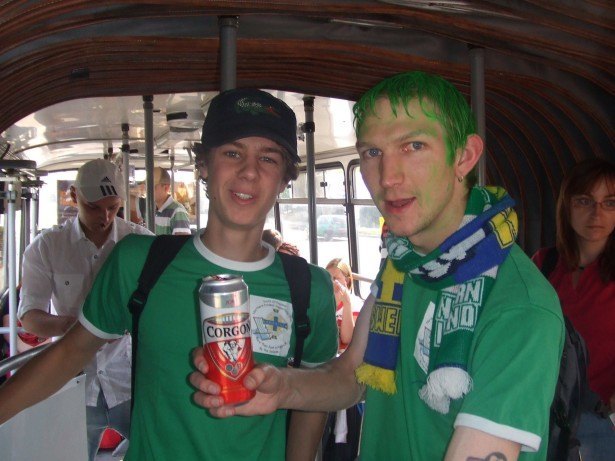 I mean I’m just a backpacking barman with a passion for the Northern Ireland football team. That’s all. 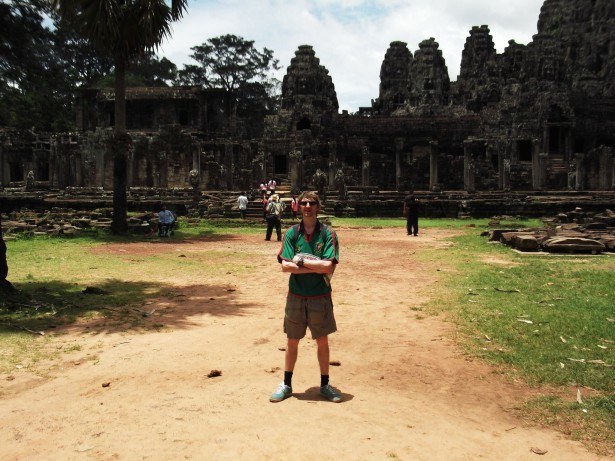 Backpacking in Cambodia. so WAT?

But from 2012, it became obvious that my blog should become my business instead of teaching English or serving pints. I had five years of real life travel articles, almost 1,000 posts and by the end of 2012 I had finally earned some money from it. Yes! Too many others were making money from sh*t blogs about Thailand and Australia, so I got amongst it and continued writing about my adventures through 70 countries up to that point. By 2013 I was a professional travel blogger and I haven’t looked back. The 27th August 2007 changed my life and I would never have known it then. 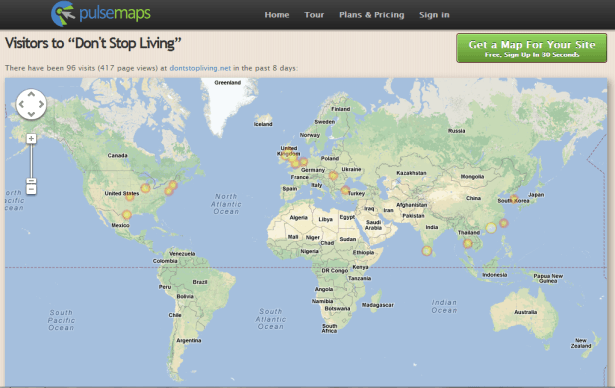 It’s never too late in your life, or in my life to change things. Use your skills and experience in life to earn money for yourself. Work hard at them and you will earn money out of it. Money buys freedom and time, which is why I can afford to travel so much these days. It makes things easier for you. I have a passion for travel and writing, so this career suits me. Perhaps I’ve finally found a job I will stay in. Well, 8 years in and I’m still loving it, still backpacking (writing this from my hotel room in Chittagong in Bangladesh!). I’ve some new projects on the go including one based in Southbourne in England and a new website on Northern Ireland ready for launch at some point. Plus the Backpacking Centurion book, so there’s no need to stop, or for me to get a bar job anymore. 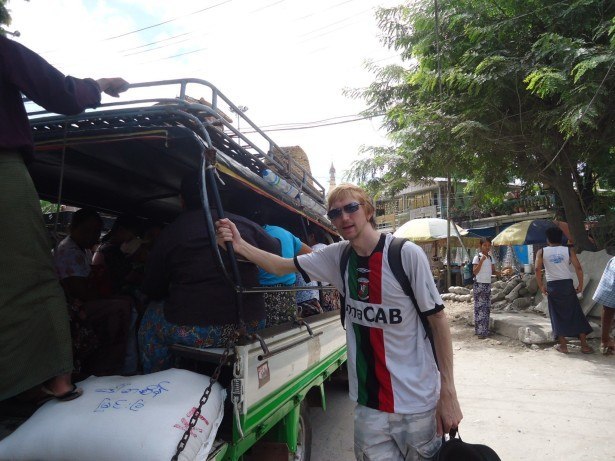 But hold your horses, I haven’t achieved anything yet. DSL is only 8 years old. A few thousand blog posts, a few radio interviews, I got work designing travel apps, I get free tours and hotel stays in over 60 countries. But I strive for better and I strive for more and you should too. The future is yours and mine. Tomorrow is not too late. Turn your passions into your career. If it’s travel – get a flight booked and start a blog now. My world turned on its head. 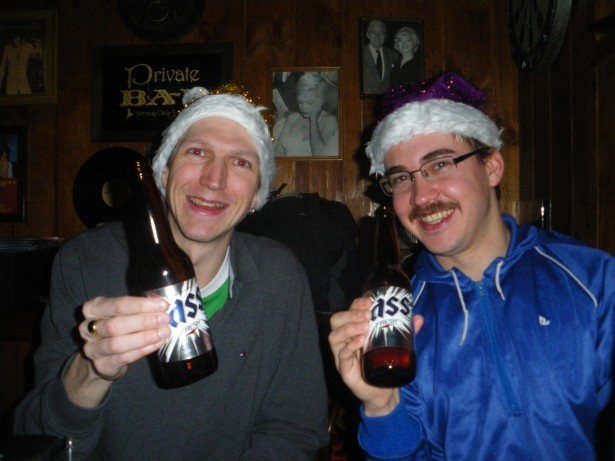 Korea for Christmas and an emotional reunion with Millwall Neil

So how far can I take Don’t Stop Living? When does the dream end? The reality is, it doesn’t have to, and I’ll keep going. I’ve just lined up Bahrain, Denmark and the Faroe Islands next so come and meet me on the road. Follow my Facebook Page, Twitter and Don’t Stop Living Instagram and I’ll see you around. A bit of a reflection post today but hey ho! 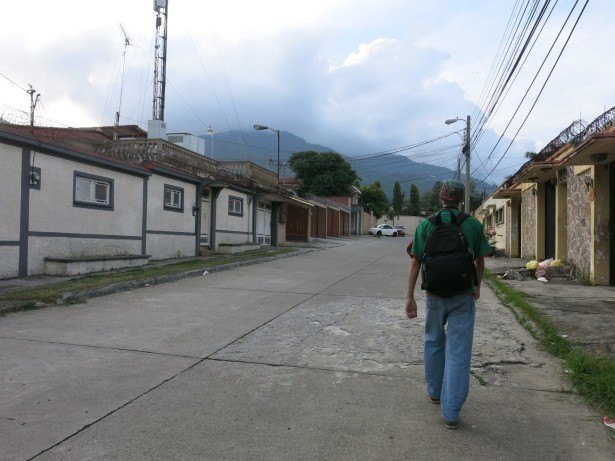 Here are some facts that bring the 8 year journey together here.

The World on 27th August 2007
Here are a few facts about what was happening when I launched DSL 8 years ago today:
– US President was George W. Bush.
– Northern Ireland were on the verge of qualifying for Euro 2008, having just beaten Liechtenstein 3-1 at home
– AFC Bournemouth were near the bottom of League One, having had a points deduction
– British Prime Minister was Gordon Brown (but only just, Tony Blair stepped down in June 2007).
– Ian Paisley was the First Minister of Northern Ireland, with Martin McGuinness his deputy. Both are now dead.
– Oasis hadn’t split up yet.
– AC Milan had just won the European Cup (Champions League).
– Sudan was one country. South Sudan wasn’t a separate country yet.

The World on 27th August 2015
Compare that to today:
– US President is Barack Obama.
– Northern Ireland are on the verge of qualifying for Euro 2016.
– AFC Bournemouth are 13th in the Premier League.
– British Prime Minister is David Cameron.
– Ian Paisley has died. Peter Robinson is the First Minister of Northern Ireland. The other lad is still his deputy.
– Yep. Oasis have split up.
– Barcelona have just won the European Cup (Champions League).
– South Sudan is the latest real country.

And lastly, the original Blogspot Don’t Stop Living domain still exists, I just transferred all the posts over to here in 2012-2013, when the website became a business. It was a natural progression. I didn’t plan to make money from this blog, I didn’t plan to visit 154 countries and 26 disputed regions, but it happened. 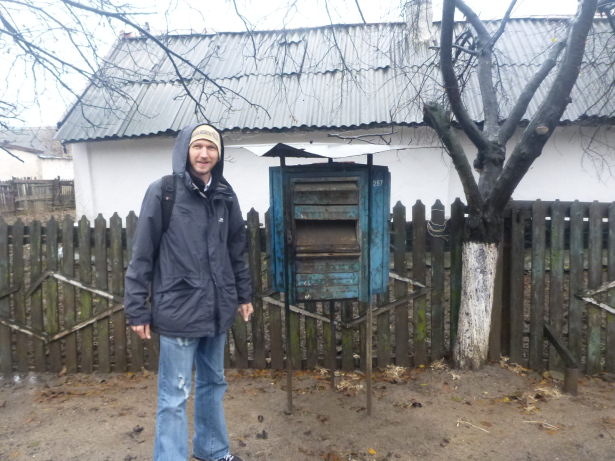 Backpacking in Tiraspol, Transnistria. Where the f*ck is that?

I write this from Chittagong in Bangladesh and I’m off to Bahrain tomorrow. If working online all goes tits up tomorrow, I’ll still be backpacking round the world, probably serving you a Guinness somewhere. Come say hi, I don’t bite and I’m real. 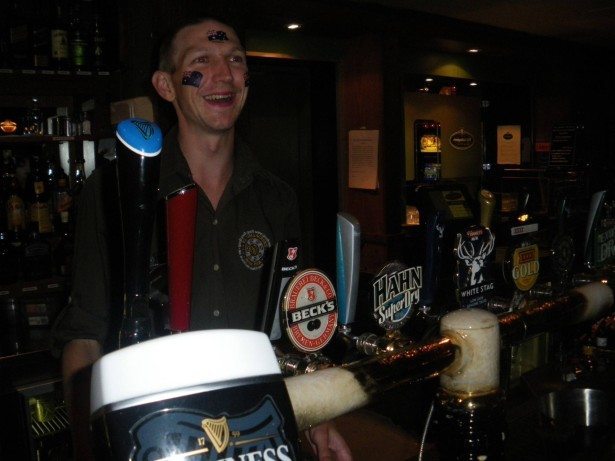