I’ve even found a way to delay procrastination. The book, Backpacking Centurion is NOT ready but here’s an update. The idea of writing a book first emerged in a chat down the pub in Bangor with my mates in the year 2000 before I had even travelled. I went home that night and typed up the worst book of all time and never released it nor mentioned it again. It was a fictional novel about an idiot travelling round the world in a hotel. I even gave the hotel a name – the Barcode Hotel. The idiot was given the name of Roadrunner Toothbrush and he had a sidekick called Chisel Massachussets and a girlfriend called Typewriter Connecticut. I shelved the idea for a better day. 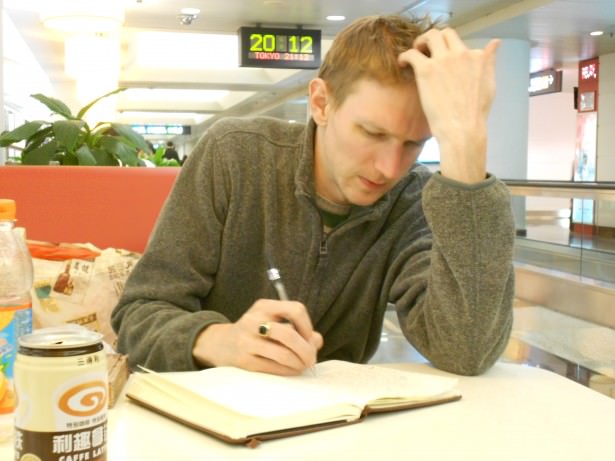 Writing my book in Xiamen, China.

Fast forward to 2007 and I had started an online travel blog, released some of my poems and lyrics online and had managed to visit 30 countries including Belarus and Liechtenstein. Nothing there that merits a re-think on the whole writing a book idea though. Roadrunner Toothbrush was the worst lead character of any book ever. But that dude was fictional. This dude right here was really travelling the world. 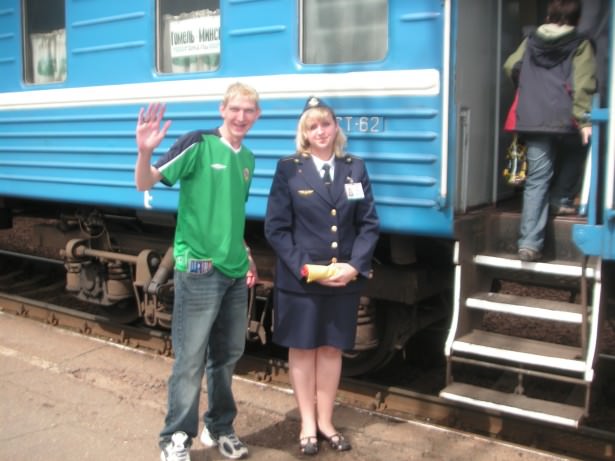 Boarding a slow train from Minsk to Bobruisk, Belarus in 2007.

I was living in Australia in 2009 and the travel blog continued from there to Antarctica and onto Venezuela which became my 50th country to have visited in early 2011. I didn’t bother celebrating that fact (nor did I even know it was number 50 at the time) as I was too busy dodging bullets and cocaine raids in downtown Caracas. But aged 30 I had been to 50 countries and every continent, all from money earned as a barman/ferry steward/PR rep. 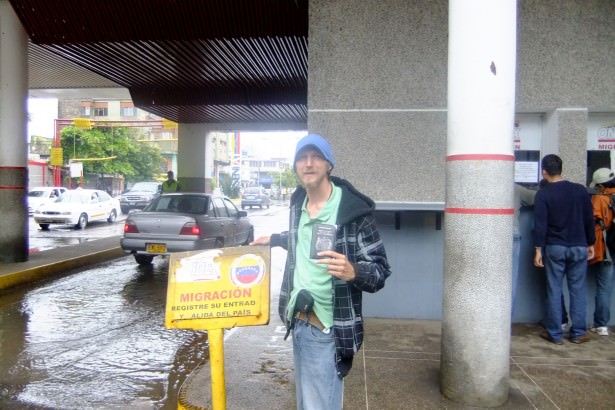 Arrival in Venezuela at San Antonio Del Tachira in 2011. This was country 50 on the journey.

Early 2011 the idea for a book came up again. A friend mentioned it and so did my flatmates in Australia. But this time, not a fictional novel. A real life book on my travels. But nobody will ever read that surely. My blog was scraping 2,000 page views a month despite the fact I had about 700 live articles on there, but I was getting way too many e-mails from travellers to not be getting paid for this. I locked the door in my hostel room in Malaysia, wrote three chapters of the book and shelved it. For a better day. 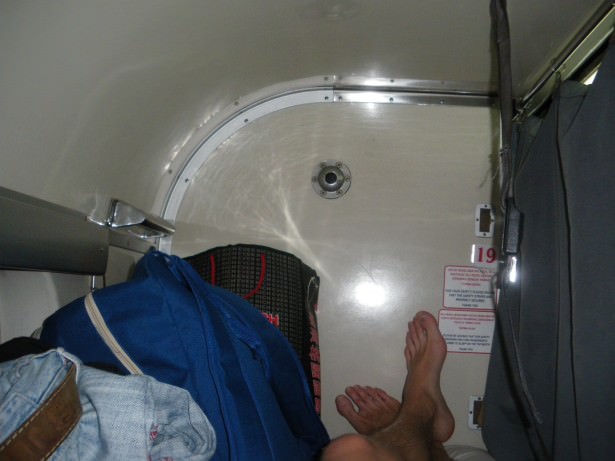 Night train in Malaysia: Nobody reads about this shit

By the end of 2012, Don’t Stop Living was relaunched and I increased awareness and quantity of my blog posts. There were too many fake travel bloggers making money from their average South East Asia blogs that I decided to come in and eat some of their cake. I changed my travel blog from a hobby into a business overnight and didn’t sleep for the first 2 weeks. The result? 30,000 page views a month and I earned my first $60 US as a professional travel blogger. I re-read those three chapters of the book, liked them, I added a fourth and shelved it again. I was writing notes on paper as I backpacked through the most ridiculous parts of China. 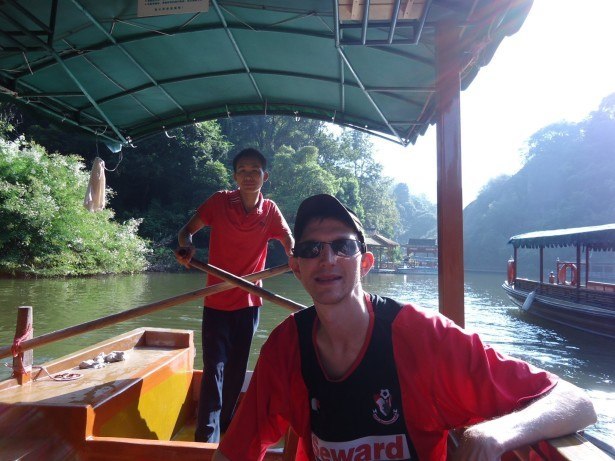 On a slow boat through China

By 2013, I kind of realised I wanted to keep moving, keep writing and be my own boss – I didn’t want to work in bars any more and I didn’t want to be teaching English or cleaning toilets in Guernsey. At this stage, I was making $2,000 US a month from this website and a few others. Life had changed a bit. Travel wise, I had now been to 12 provinces in China and I was on 90 odd countries now and ready for more. I just didn’t want to stop writing or travelling. I set myself a target of writing one chapter a month until I had a book ready and trying to average a new country a month. By the end of 2014 I had 47 chapters finished and I liked what I had written. Well in advance of any launch, I gave the book a title, gave the chapters some titles and got a cover designed. At the time I thought the book would be ready for March 2015. In fact I was caining it so I felt no reason why I couldn’t launch it the same day I hit country 100. Despite the fact I met (unbenown to me at the time) the infamous pantomime villian and culprit, I wrote 5 chapters in one day in a hostel in Romania. 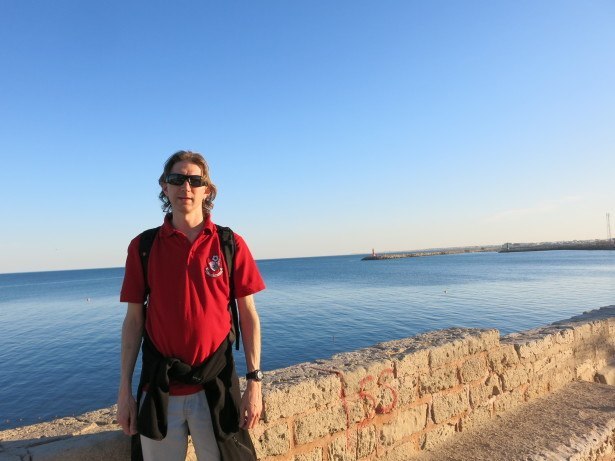 Backpacking in Tunisia: 100 not out.

However, in March 2015 when I finally hit the real 100th country on my list, the book still wasn’t ready. But now I had a story to tell. 100 countries of real life travel from a glorified barman. Not too bad. How many barmen have backpacked through a century of countries? Probably quite a few but how many had an 8 year old travel blog telling the tale and 47 chapters of a book written? And how many of them had watched AFC Bournemouth rise from second bottom of Division Four to the Premier League? Everything was just a dream, but the book had already taken a dent. Again, who would read this? I was doing it for me only and to sell a copy would be a dream. 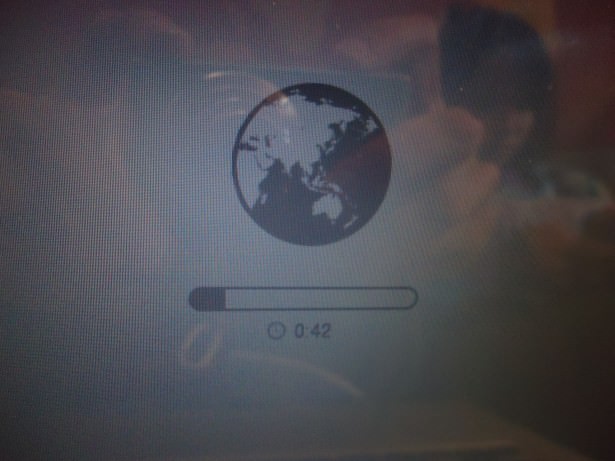 You’ve lost 47 chapters of your book

My Fruit Branded computer busticated in January 2015 taking with it all 47 chapters at that point. I got an expert in to help recover the data but 18 of the chapters were lost for good. The book idea was shelved and I considered releasing what I had written the way it was. But it wasn’t a story. It wasn’t a progression and there were too many holes and gaps. In fact, it was a load of excrement. Even Roadrunner Toothbrush in his heyday could have told you that. I’d been to towns nobody had heard of and written about them as if they were better than New York, Belfast or Bournemouth. Some of the material would have felt at home in a toilet. 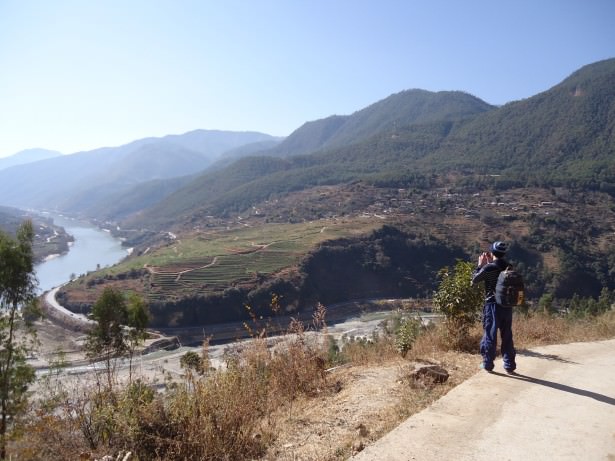 When you have passion for this type of thing though, it’s easy. Writing a book is easy. It’s the editing and the checking and the making sure you have everything in there you need that is the hard part. May 2015 I retired myself to Hong Kong to finish the book, finally!! A lot of the book’s inspiration came from my time in China, Taiwan and Hong Kong. I wanted to write 147 chapters and then axe 47 of them and release 100. That was the Masterplan and I now had a bit of time before my next big trip. I was in control, I was working for myself and took time off football and alcohol. 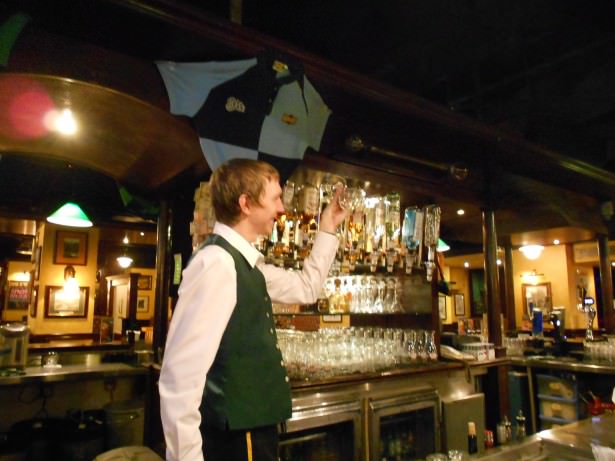 But on my return to Hong Kong I changed my mind. I didn’t want to force myself to write those chapters just to get the book out of the way, so I wrote them when I felt like it – when the inspiration came back. Like I was on a bus in Kowloon and was so busy writing a chapter, I got off when the bus stopped instead of half way through. But everyday wasn’t inspired and full of chapter writing at all. I concentrated on business instead and caning some serious money from travel blogging. I had all these websites floating around making a bit of cash but I wanted more so I upped the ante and forgot about the book. For once, I just wanted the money and I took on three new projects over the summer as well as learning Cantonese. 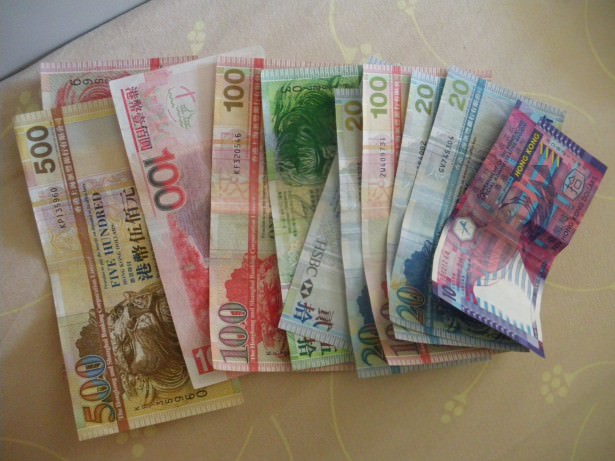 I just want the money.

I’m a perfectionist as well. The book has to be right, as it’s important for me. I don’t want to just put it out there and then get on with my life. I want to do some proper promotion for it and be around for that. I won’t release it one day then head straight to my laptop and sell a load of sponsored posts and bang out another 20 articles for a company to earn a load of cash the next day. I’ll be promoting it, marketing it and will have a small gathering in Bangor, my hometown to tell you about the book and release the first copies of it. Poland will feature heavily too as I need the book to be really what I craved.

So – The book is on its way, but it’s forever delayed.

Travelling and trying to earn money have taken preference in my life ahead of this book. And yes, I probably could have typed up another chapter in the time it’s taken me to write this post but I wanted to let people know that it’s not ready yet and won’t be for a while.

I can’t wait to get it finished though. The book will only be the half way journey. The first 100 – 105 countries I reckon. There’s no going back now, it’s one more step along the world I go – I’m back on the road again and I’ll be writing as much of the book as I can on the way. As a result though, this website will suffer a bit – there will be less posts than usual. For the last four years there has been an average of one post a day on here. No day off in four years sounds a bit drastic and it is.

So as of today – The first 54 chapters are done and dusted but like I say I want 147 then axe 47 of them so it feels like I’ve beaten the ghost of those lost chapters. These ones are done and dusted completely and I like the first 15 chapters so much, here’s a taste of Backpacking Centurion.

If any of you reading are actually looking forward to my book release, then I’d love to hear from you – leave a comment below, or connect on my Facebook or Twitter pages. Oh and I’m on Instagram too.

6 thoughts on “Sunday’s Inspiration: Backpacking Centurion is Forever, Ever Delayed”